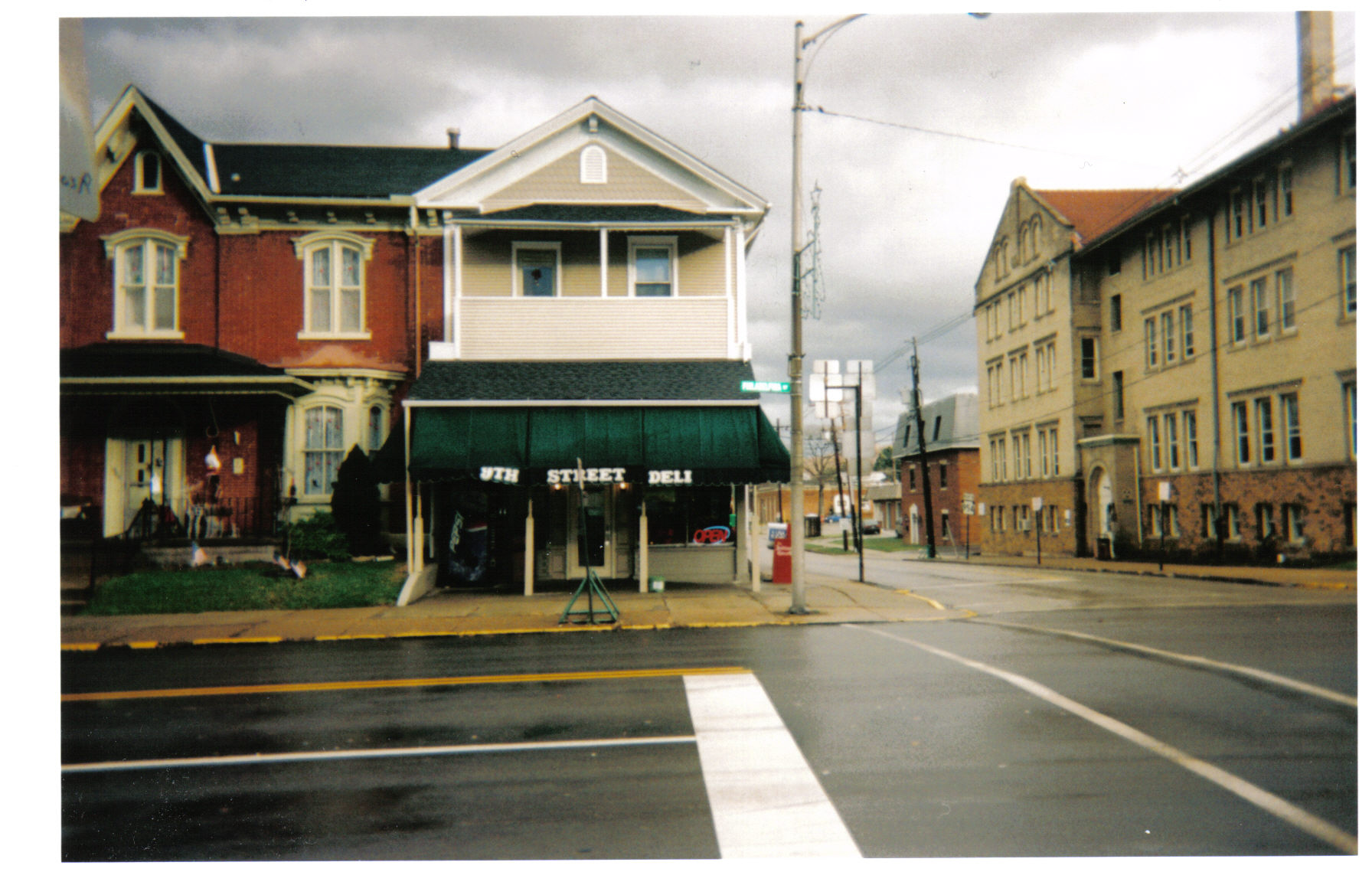 It was a cold night in late December, and I was curled up in bed reading clickbait articles. This was not the plan for the evening. Christmas had come and gone, and I was hoping to use the night in to take down Christmas lights and finish an essay I was working on. And yet, here I was, going down the dark hole of “THIS QUIZ WILL TELL YOU WHAT COUNTRY YOU SHOULD TRAVEL TO BASED ON YOUR ZODIAC SIGN. THE ONE FOR SCORPIO IS CRAZY ACCURATE.”

It’s fine, I whispered to myself, turning on my heated blanket.

I’d been on this kick of reading travel clickbait for at least a month. Every day, I would get home from my job waiting tables downtown, climb into bed, and read about all the ways to make traveling work for me. I read about Why Every Twenty-Something Should Spend One Year Traveling. I totally vibe with it. I Sold Everything I Own To Go Traveling For A Year - And It Was The Best Decision I Ever Made is a pretty good article too.

All these articles follow essentially the same structure: someone, usually a woman in her late twenties, is trapped in a dead-end job with a dead-end boyfriend, until one day, the light bulb goes off: why not travel? Now, they write happily, they are living in the Bahamas where they surf every day and eat fresh mangos and coconuts. Life is so simple when you decide to simplify!

God, I wanna transcend this shit, I thought, cranking the heat on my blanket up another two notches. I picked up my phone and dialed my good friend Sara, who lives in Philadelphia.

“I’m coming to visit,” I announced.

“Seriously?” I could hear the excitement in her voice. She had recently moved to Philadelphia, and by her own account, had no life and no friends.

“Yeah!” I said, my own enthusiasm growing. “I’m doing it. I’m gonna come visit you.”

She breathed a sigh of relief. “Thank God. I’m so depressed.”

On the surface, driving nine and a half hours to help my best friend through a rough patch sounds like a thoughtful, selfless thing to do. But it wasn’t; I had my own reasons. My boyfriend had dumped me out of the blue at four in the morning, and my anxiety was through the roof.  A little trip, I thought, would cure all of that. Sara and I would bond over our shared stress, and in doing so, would realize that all our problems were an illusion and therefore not an obstacle to achieving long term success and happiness. So I packed a bag and left for Philadelphia.

As I drove, I imagined the spiritual healing that lay in store for me over the Pennsylvania border. Sara would have a cool prewar apartment with hardwood floors and huge floor-to-ceiling windows. I would spend my mornings reading with espresso, then put on a chic outfit and explore the nooks and crannies of the city in the afternoon. I imagined someone asking me for directions and the shock on their face when I sheepishly admitted that I wasn’t actually a local…I just looked like one. At night, I pictured myself at a fancy cocktail bar in an unbearably chic outfit, sipping wine and giggling with Sara. I would come back from Philadelphia older, wiser, and with all my shit together. Traveling, claims all the articles, helps you gain perspective on yourself and the world around you. She who travels is unafraid of adventure, change, and most of all, herself.

And yet, as I was driving through the endless, cloudy expanse of Virginia, I could not shake the gnawing fear that I was very, very afraid of myself. All summer, I had been having intense anxiety and unexplained panic attacks. I was in therapy, but making very little progress on understanding the source of my anxiety and depression. Either there was something seriously wrong with me, or there was nothing at all wrong with me, and it’s hard to say which possibility was more frightening. My consciousness felt like a vast field that one part of my brain had filled with secret explosive devices while the other part of my brain slept. Beyond that field lay all the things I wanted in life: artistic success, meaningful relationships, a sense of peace and interconnectedness. I could see the rest of my life perfectly from where I was, but to really get there, I had to cross the field, never knowing what landmines I had left for myself. It wasn’t worth it. It was easier to stay on the other side of the field.

By the time I arrived in Philadelphia, it was dark, and beginning to snow. Sara lived in a gentrified apartment with granite countertops and carpet, not at all what I imagined. Because she couldn’t afford to take any time off, I was alone in the city. I spent a week walking around in an ugly down jacket, listening to Bruce Springsteen on headphones. It was too cold to wear the silk and lace in my suitcase, so I just wore the same tattered Black Lips t-shirt from my ex-boyfriend every day instead. There were no quaint coffee shops or independent booksellers. I went into Barnes and Noble, but it depressed me, so I left. In the afternoons, I drank wine, reasoning that it would help me stay warm, and I was on vacation, so it was fine. I had no idea why I came to Philly in the first place.

On my last day in the city, I started drinking at noon. It was clear and relentlessly cold. I walked into Center City as had become my routine, and wandered through the fashion and financial district. Emboldened by the wine, I stumbled into an expensive bar called The Black Sheep somewhere on the east end of town for lunch and more booze.

“Can I sit anywhere?” I asked the bartender, removing my hat and gloves.

“Anywhere,” he replied. I walked to the end of the bar and began removing my layers. A few stools down from me, a man with gray hair in a business suit was nursing a beer. When I sat down, he looked up.

“Welcome to anywhere,” he said.

“But somehow, it’s also everywhere,” I fired back, startled.

Conversing with strange men in bars is my least favorite of all activities. There is almost always a pretense: loneliness, greediness for human connection, of opening yourself up and hoping to be understood, but most of all, there is the question of sex. It is said that everything is about sex except for sex, which is about power. And sometimes, power is derived from answering the question at hand.

So when the man in the suit asked me what I was doing in Philadelphia, I answered honestly. I said I had broken up with my boyfriend, and I needed to get out of town, but I wasn't having the magical travel experience I thought I would. I asked him what he did for a living, and he told me was a lawyer. His suit was freshly pressed, and he was not wearing a wedding ring.

I learned that we both majored in literature at college, and both liked to write poetry and stories.

“I don’t write nearly as much as I should though,” he said. “I have a little book at my desk at the firm, and sometimes I’ll scribble a verse or two.”

“Do you ever show them to anyone?”

I told him about the opinion column I wrote in college, and how much I loved seeing my words in print, but how I barely write since I graduated college. I told him I wasn’t sure what I wanted to do next. He said that he went to law school because he didn’t know what else to do.

“Don’t do it,” he advised. “But if you do, you have to find what you’re interested in. It’s easy to talk about things that you are passionate about. Wine, for instance, or roses, which obviously mean something to you.” He gestured to the colored rose tattoo on my inner arm.

I couldn’t help but laugh. “This tattoo doesn’t mean anything. I’d explain it, but it’s a disappointing story.”

He looked at me in a peculiar way. “Now you have to tell me.”

“My favorite Chinese restaurant has this rose on their takeout napkin,” I explained. “Last year, I went on a road trip with my best friend, and I couldn’t stop thinking about the rose, so I booked an appointment and got it tattooed. My mother was horrified.”

There was a long silence. “You don’t realize how much meaning that contains,” he said at last. “That is…incredible. I could never do something like that.” He wiped a tear away from his eye.

We kept talking. He told me about the divorce, and about his kids. I told him about my boyfriend, and how we might get back together, but I still wasn’t sure. He said, if there are moments of delight, and they’re beautiful enough for you both, then you’ll find a way to work it out.

The bartender put his credit card receipt in front of him and he signed for his beer. He stood up, straightened his tie, and held out his hand.

He looked at me again in that peculiar way, behind his spectacles. “Stephanie, you’re going to write something incredibly important one day. I’ll look for you and your rose tattoo on the television and in the New York Times.”

I felt a lump form in my throat, and looked away. “Thank you.”

He cleared his throat. “Have a safe trip home.” And he walked out of the bar, forever.

I left Philadelphia the next morning at dawn. As I drove out the city, the smoke from the factories billowed behind the crimson stain of sunrise on the horizon, and I rolled my windows down to feel the cold against my cheeks. I drove in silence, and in my mind, I walked through the city again and again, reliving the sensations: the rush of warmth when I opened the door to that bar in the financial district, the existential emptiness of the Barnes and Noble, of watching life on the street from behind a window with a full glass of wine. And I thought about Ernie and his secret book of poetry in his desk at the law firm.

I left Asheville in the hopes of finding answers. I thought I would come back and have it all worked out – how to cure isolation, solve the problem of my relationship to writing, and develop clarity on the vulnerability of love—whether or not it’s all worth it. But I came back with more questions than I did answers. It’s difficult to feel at peace with the ambiguities of youth, and it’s even more difficult when self-imposed standards feel less like motivation and more like a prison. The fear of never crossing the field stops us in our tracks before we even think to try. All I want from life is to feel genuine in my relationship to myself and others, and to write something that could possibly mean something for someone. How could a divorced lawyer in his sixties in the bar on a Thursday afternoon have more faith in my ability to do that than I do in myself? He stood to gain nothing, and in a way, he gave me everything.

When I unlocked the door to my apartment ten hours later, I took a bath and went to bed. And the next morning, I woke again at dawn. Not to drive, but to write; to put one foot in the field and trust that it would get easier from there.