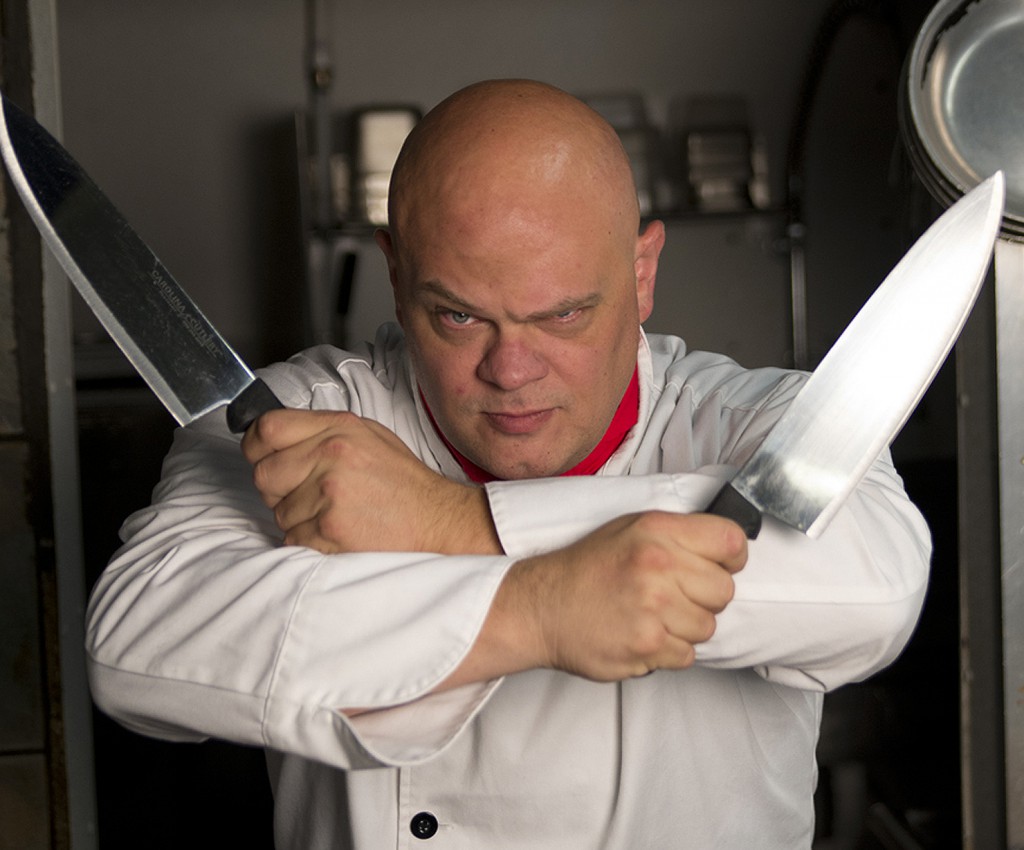 When The Caro Savanti Experience premiered back in 2013, everyone agreed that it was simply hilarious. Its sold-out run at the BeBe Theatre was met with praise from all sides. Now, this tale of an insane celebrity chef who opens a restaurant and tapes a reality show in Asheville is back at Magnetic 375. It runs for two more weekends, Thursdays-Saturdays at 7:30 pm.

Written by Fringe Fest co-director Jim Julien, directed by Elliot Weiner, and starring the brilliant Darren Marshall in the title role, it's a maniacal romp through the Asheville restaurant scene and a send-up of celebrity--and foodie--culture. Asheville Citizen-Times writer and critic Tony Kiss praised the show as "pure comic insanity." It's returning to an Asheville that is, impossibly, even more obsessed with its food than a couple of years ago.

Magnetic 375 is one of the best theatres in town, and their shows are consistently events that you're not going to want to miss. Get your tickets for The Caro Savanti experience now. They're $21 in advance/$24 at the door. Student rush tickets are also available. 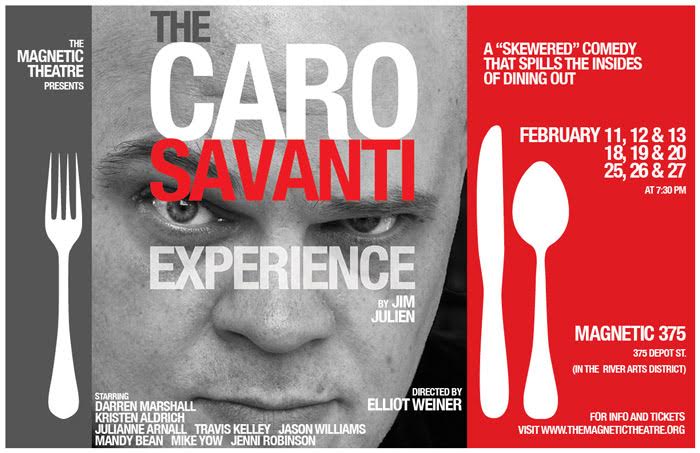