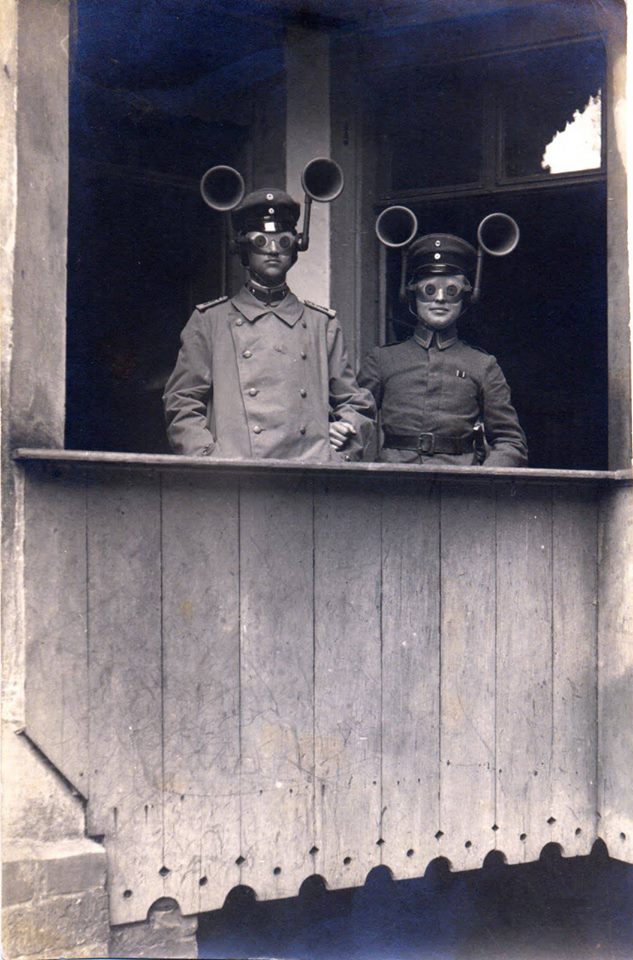 Downtown Books and News, Asheville's coolest used bookstore, hosts an evening of world-class experimental music, books, and art on Wednesday, January 13th at 7:30 pm. DBN is quickly becoming a venue to watch for cutting-edge music and art, and this show is a further entry in their already impressive list of events. Asheville-based Oggetto (Frank Meadows, Michael Flannery, and Carmelo), electronic music and installation artist Jake Meginsky, and Bill Nace and Ed Yazijian will perform.

Organizer Patrick Kukucka is particularly excited about this show. "The touring acts are really world class experimental musicians that have collaborated with a number of other big name composers and musicians, like Kim Gordon, Alvin Lucier, and Joe McPhee." The line-up is, indeed, luminous.

Jake Meginsky is an electronic musician and installation artist whose recent album, Vandals, was released on Bill Nace's Open Mouth imprint. It's a fantastically dark, weird album that explores the depths of sound in all of its forms. The music creates a sweeping, inky soundscape that moves from chaos into organization and then falls apart, only to explore the process again. It's vibrantly, darkly entropic. It's strangely, grotesquely lush, expressive, and insectile all at once. If you, like me, made a point of catching Autechre when they were in town, I promise you will regret not seeing this show. 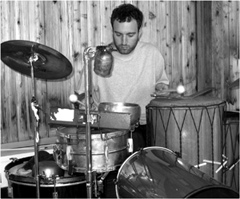 Meginsky's musical chops have been verified by his many impressive collaborations, which include work with artists like Milford Graves, Alvin Lucier, Thurston Moore, Joan La Barbara, Joe McPhee, Bill Nace, and others. His sound installations have been shown internationally. His most recent new work, "What a Horse," premiered at Movement Research in New York City with choreography by Gwen Welliver.

Artist and musician Bill Nace is an artist and musician hails from Western Massachusetts. His collaborative work includes compositions with a dizzying number of impressive and groundbreaking musicians. He is one half of the duo Body/Head (the other half is Kim Gordon), who released their LP Coming Apart in 2013 (Matador Records). Beyond this, he's worked with Michael Morley, Mats Gustafsson, Joe McPhee, Chris Corsano, Jooklo Duo, and Wally Shoup, among others. 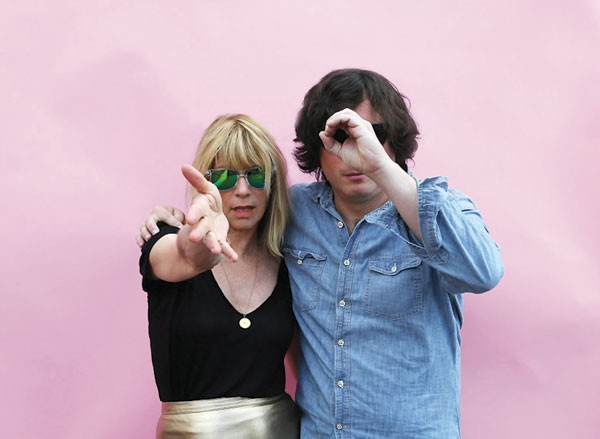 Nace has been featured in festivals incuding the Jim Jarmusch-curated ATP, Colour Out of Space, and Supersonic Festival. He has been a featured musician in festivals, and has performed in venues ranging from the France's Musee d'Art Contemporain to NYC's The Stone.

Versatile doesn't even begin to cover Nace's style. Music ranges from the atonal to the harmonious, the abstract to the incredibly detailed. Songs move between alien, soulful, haunting, and hypnotic and Nace pushes against definitions of music and noise.

Nace will be performing with Ed Yazijian, scholar of Southeast Asian religion and culture at Furman University. Yazijian crafts beautifully layered pieces inspired by the traditional ragas of the Indian subcontinent but with an avant-garde, experimental bent that shifts the sounds into entirely new aural realms. I am truly excited to see how these two phenomenal artists make music together.

Oggetto is a locally-based trio, with Michael Flanagan on guitar, Frank Meadows on bass and Carmelo Pampillonio playing drums. Formed late in 2015, the group's goal was to "attempt to catch a collaborative lightning in a bottle in advance of the indefinite departure of Michael and Frank from Asheville." Pulling inspiration from the improvisational and the experimental, music is layered and shifts between moodstates and tones in remarkable, unexpected, and serendipitous ways. Oggetto is currently working on their debut album, with a release date later this year.

DBN is a fantastic venue for this show. According to Kukucka, "We do some music shows at Downtown Books and News, but are trying to only do them occasionally and really pick special ones that tend towards the experimental side and fit well with a book filled room." Things get rolling at 7:30 pm. A donation of $7-12 is suggested for the performers. Facebook event page here. 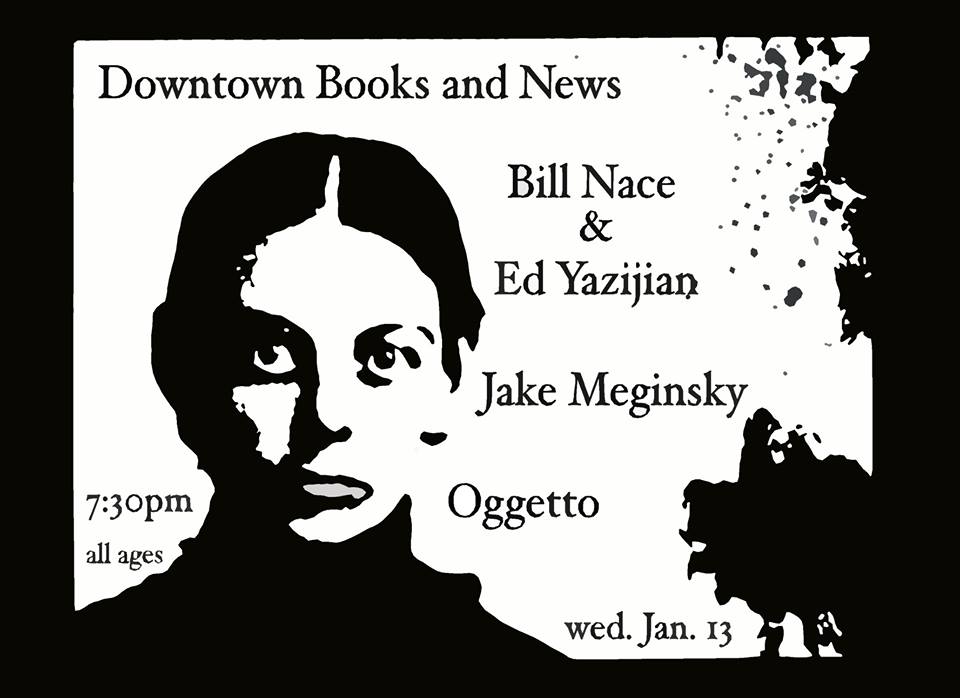