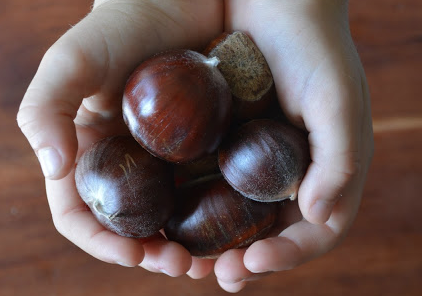 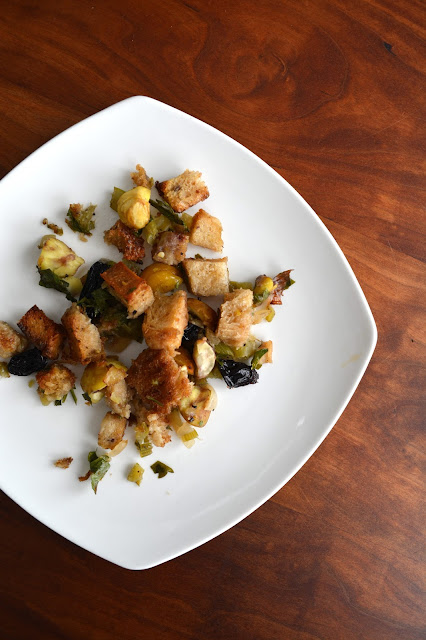 After discovering a few local chestnut trees in their prime, all I had to do was keep an eye out and wait until the prickly pods started splitting open and falling to the ground. From here, foraging was light work. The nuts are beautiful. My grandfather, (lifelong student of wild edibles) often arrived to family gatherings with sweet chestnuts, usually every Thanksgiving. The nut meat is sweet and bread like, which pairs well with the dark meat of wild game.

You can find sweet chestnuts in some grocery stores this time of year, but the act of picking them up from under the tree they fell from does add a fair amount of prairie-woman pride to eating them.

We ate the first round roasted, straight-up. Then after gathering more, it was time to come up with a recipe.

I get a little rowdy when it comes to wild food. Maybe it's because it pairs two great things: eating and wood-walking. Or maybe it's the element of surprise thrift? Or the idea of unadulterated food meeting the modern, so very adulterated scape? It could be celebrating the sanctity of the season? Or...it might be as simple as a dose of grandpa's genes. 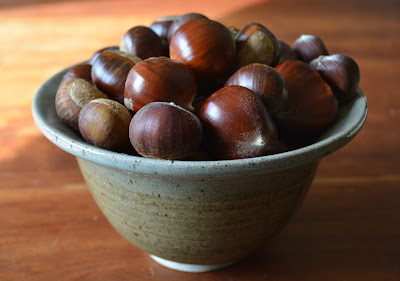 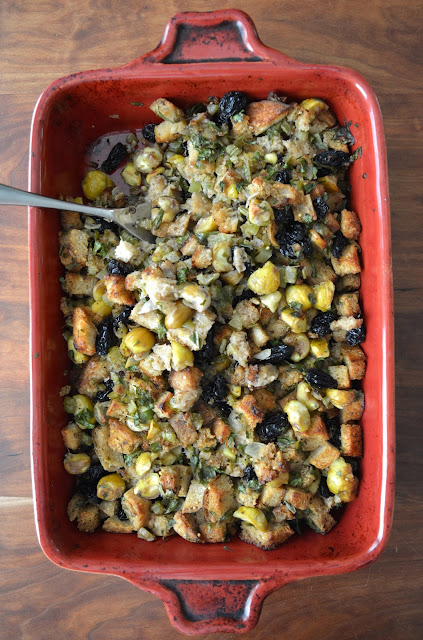 Cube bread into 1/2'' pieces and spread evenly on a large baking sheet.

Bake until bread begins to golden slightly, stirring with a wooden spoon periodically, about 10 minutes. Remove from oven and stir to release additional moisture. Set aside.

Score whole chestnuts with an X to release stem while they cook. Place a medium pot filled with water over high heat. Bring to a boil. Add chestnuts and simmer for about 15-20minutes. Strain and allow to cool before removing shell and skin. Quarter nut meat and set aside. You will need about 2 cups.

In a large skillet melt the butter over medium heat. Add celery, and onion. Saute until onion is translucent, about 5 minutes. Season with sea salt and pepper. Add broth to pan. Bring to a simmer and remove from heat.

Place stuffing in a greased 9x13 inch baking pan. Cover loosely with parchment paper and bake on center rack for about 35 minutes. Remove parchment and bake an additional 10-15 minutes until top becomes golden.