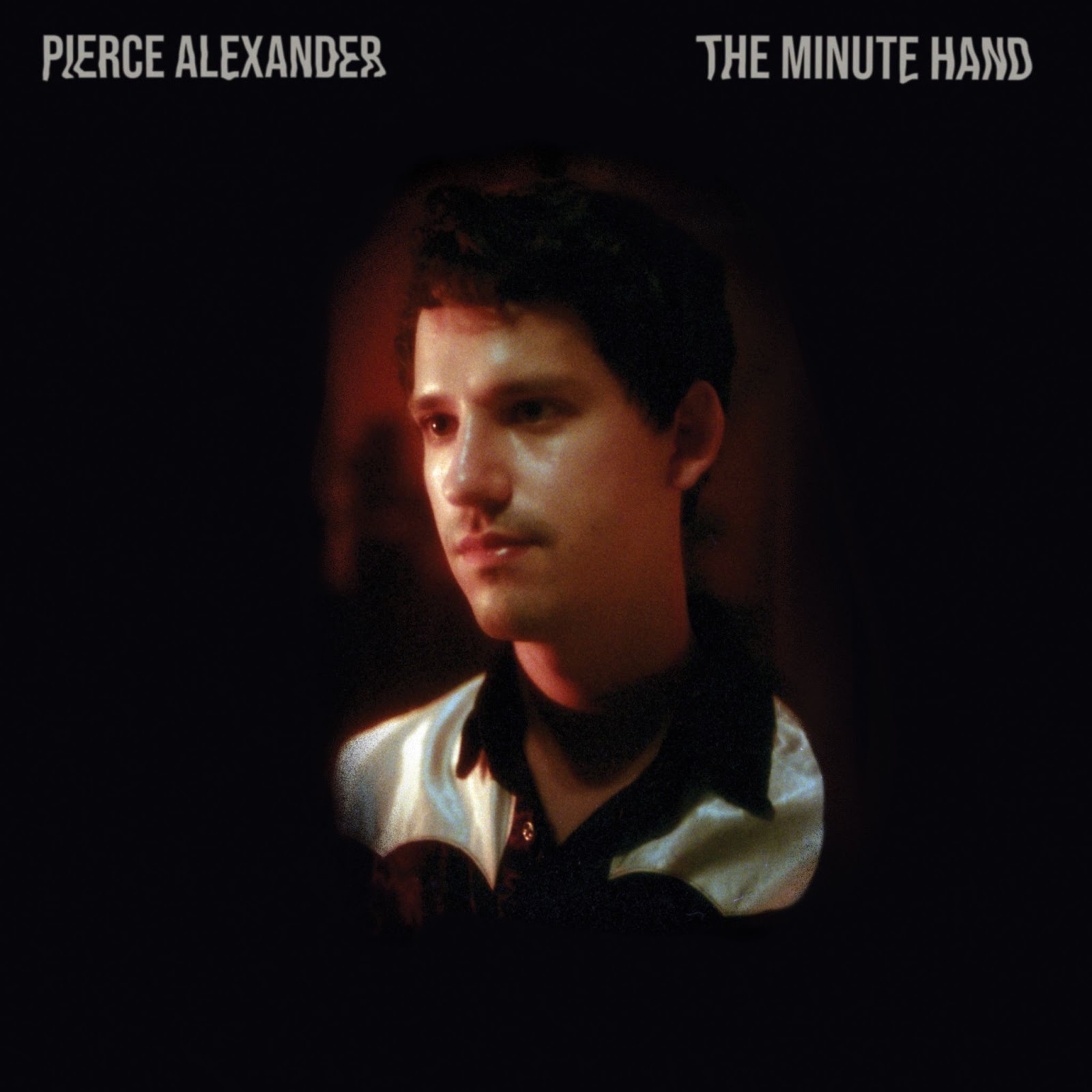 An observational songwriter born into the era of home recording, Pierce Alexander has been immersed and leisurely crafting his album The Minutehand (Out Feb 2022). While his image is unassuming, the Charlestonian musician’s songs are solidly layered with deep introspection and vivid lyrical imagery. Alexander tells heartwarming and sometimes painstakingly written stories that slowly unfold for better or for worse. The Minutehand is a lush and evocative song cycle in which the narrator explores themes of unexpected separation, addiction, and feeling trapped by the confines of early adult life. He sets up a familiar scene of a plane about to depart in the song ‘Make it Up to You’ with lines like, “Face of winter, eyes of sundown, Ready to leave the ground” and “Distant buildings through the mist, One last kiss, one more kiss”. The narrator foreshadows the momentary nature of the relationship with lines like “I’ll be who you want for a while”. His debut album saw Alexander take his songwriting beyond the reaches of his previous releases with rich string arrangements and picturesque lyrics.

Starting in 2015, Alexander released several ornately recorded singles that won over listeners from the SC area and beyond. Craving a new sound in 2018, he went on to record The Grand Scheme EP in Nashville TN.  Alexander’s soft vocal croon was met with a compelling group of songs that he wrote while feeling “blindly optimistic” towards a fleeting long distance relationship. The EP received praise from outlets such as 9 to 5 Magazine, SC Music Guide, and CisternYard Radio. 9 to 5 magazine wrote, “Catchy, mood-defining synthesizer parts help create the upbeat aura of the EP, but the album still retains the Pierce-in-his-bedroom simplicity that draws the listener’s ears right to Alexander’s guitar and vocals.”

For The Minutehand, Pierce Alexander knew he wanted the songs to be more cohesive from the beginning. He chose to start writing each song with just vocals and an acoustic guitar. “The Minutehand is reflective of the ebb and flow of certainty that I experienced during the making of the record. Unlike past releases, this album is focused more on the uncertainty of adult life, relationships, and major life decisions. The title comes from a line in one of the songs about how, in the end, it’s better to walk into uncharted territory than to just sit and wait for everything to feel right again,” said Alexander. Over the course of two years, he wrote somewhere upwards of about 50 songs. Narrowing it down to 10 tracks proved to be difficult, but the album’s final ten songs flow together harmoniously.

For more information on listening to The Minituehand and Alexander's other works, check out our announcement of his debut album release here