Looking For Love In All The Wrong Places

Looking For Love In All The Wrong Places 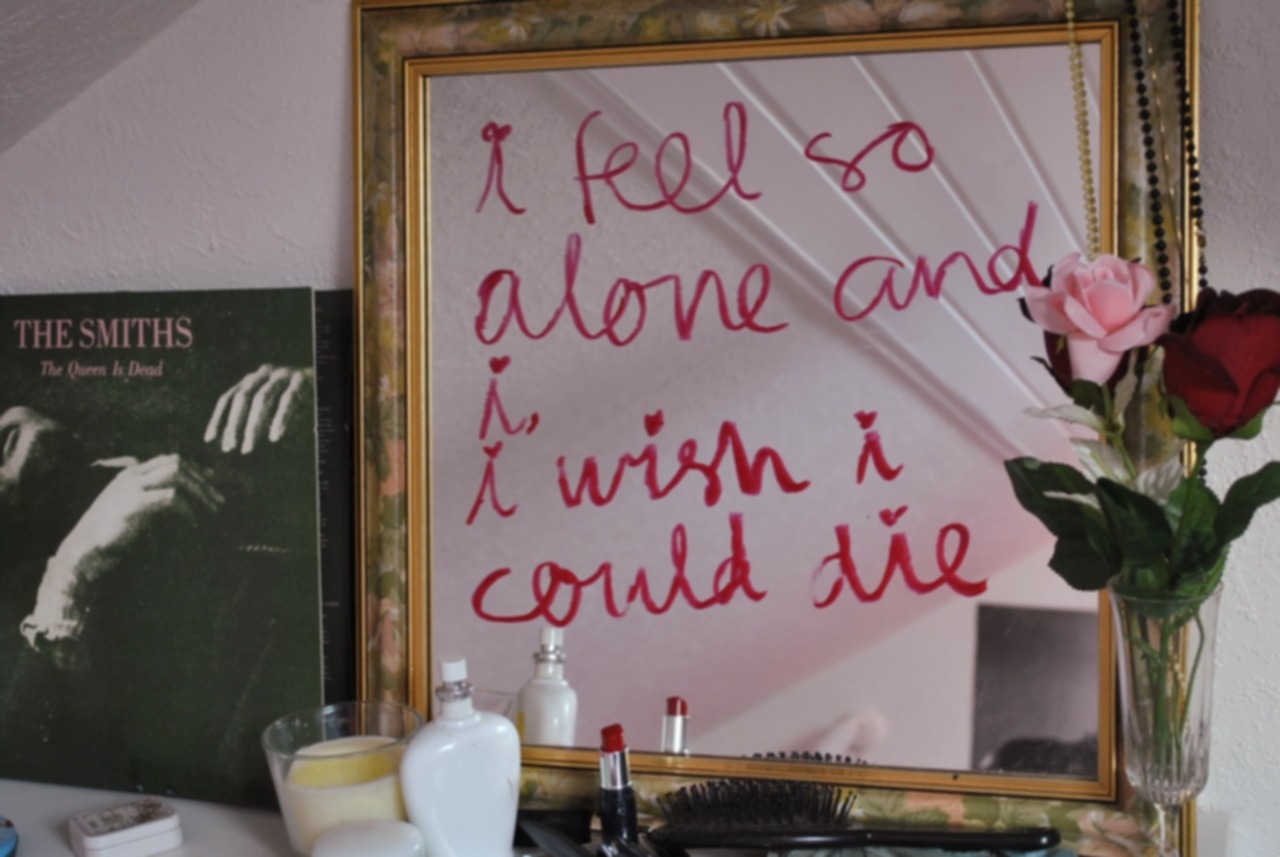 I always get dumped right before Valentine’s Day.

I don’t mind it, though. That’s just how it works out in my life. There is a comfort that comes with allowing yourself to steep, tea-bag-like, in malaise, the belief that specific patterns in your life will persist forever. Patterns are comfortable, the metaphysical equivalent of a disgusting fleece that should have been sacked years ago. But it’s so comfortable, a hug from your hippie friend who loves to talk about his “journey” and paraben-free shampoo between bong rips.

Like most people, I routinely find myself in bad relationships because they make me feel alive. Do I date people because I know that they don’t really like me that much? Because it builds anticipation toward a point in the future where I'm no longer with them? I love being in love, perhaps to a fault, but I feel most like myself when I'm alone.

When I see couples at the grocery store, choosing bok choy and black beans with straight faces, I feel intensely depressed. I have spent too many afternoons with boyfriends in grocery stores, or else too many afternoons wishing I had a boyfriend who wanted to shop for bok choy at the grocery store with me. A few weeks ago, I was buying stuff for dinner and saw my old hookup’s new hookup in the produce department. We had the exact same outfit on, and I still wonder whether or not she noticed.

I wonder if I should ask the boy I’m sleeping with why he’s sleeping with me. I want him to say, because you have a lot of books, all of which you’ve read, and because you’re funny. But I don’t ask him because I’m afraid he’ll say, I don’t know, I haven’t really thought about it. When I'm in his bedroom, all white curtains lifting slightly from the breeze, stacks of books and plants, I think about how much I wish I could bottle up the moment to save and uncork later, with someone else.

My friend Emily says, Just let it happen. Jeremy and I never talked about it. It just happened, which is the advice of a woman who has never been ghosted on. They are moving in together next month, i.e. winning. I saw them at Harris Teeter once toting a shared basket with milk, bread, and whipped cream: the grocery list of an intimate relationship.

Some nights, when the day has dissolved into sunset and there are few obligations left between myself and sleep, I call my best friend in Philadelphia. She moved five states away for a nonprofit job, to a place where the air is polluted but life feels clearer. She sends me photos of herself wearing a striped shirt and drinking a fancy cocktail in New York.

“I don’t know what to do,” I say into the phone. I’m laying on my bed with my feet upside down against the wall because I heard it helps with circulation.

“You need to not see him,” she replies. “He is genuinely a psychopath.”

“But I’m obsessed with him!” I whine.

“That is truly stupid. But I love you and I’m here if you need to talk. Let me tell you about what makeup I’m wearing.”

I tend to hold romantic intimacy sacred, on a platform higher and more mystical than that of friendship or nonverbal expression. The parts of myself I access through love are strange and mysterious, but only in that I ascribe those qualities to it. There are a million ways to feel close to someone. The idea that it may stem only from romantic connection or sexual yearning is absurd. Sure, sex is intimate, but have you ever tried admitting you believe in aliens?

Intimacy is everywhere. It is laughing until orange juice spurts out of my nose in the kitchen with my roommate. Sitting silently on the couch, watching the same Kim Kardashian Instagram story on different phones. It is pouring witch hazel on a cotton round for a boy one late night in my upstairs bathroom. This is before we have sex, and it somehow feels more meaningful than what we do with our bodies. I watched the solar eclipse this summer alone with strangers. For several seconds there, we were in totality. Twenty strangers gathered beneath one waterproof tarp in the pouring rain, waiting for the moon to eclipse the sun.

Modern Valentine: thanks for letting me fall asleep in your bed whenever I want.

Modern Valentine: I'm glad we put on cute dresses and went to the Waxahatchee show that night.