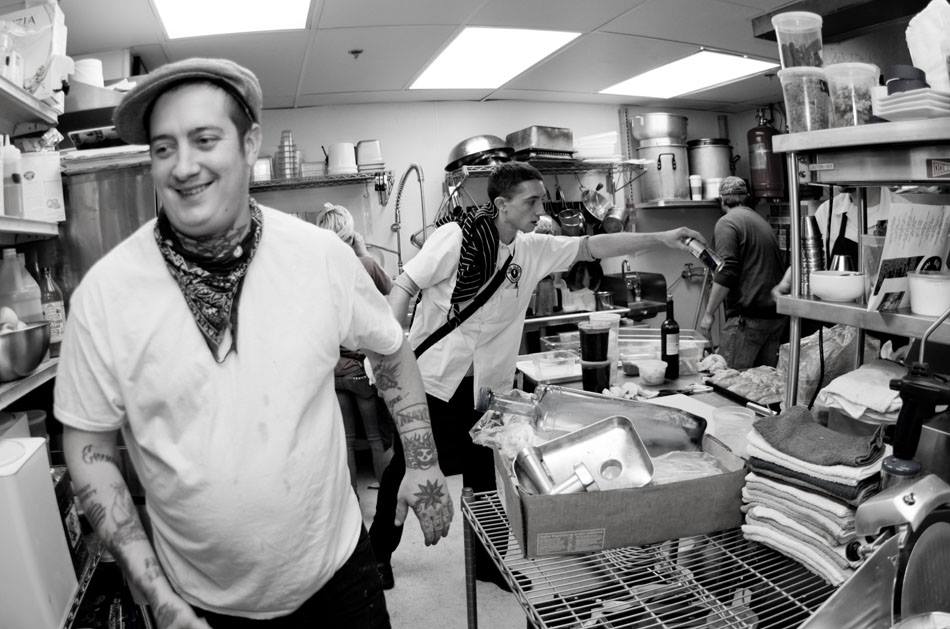 Asheville used to be the safe-haven of the riff-raff, the clandestine home of outcasts, the place where the hungry ghosts came to get fed and renewed. It has changed a lot in the past few years, what with the ever-growing collection of hotels and tourist attractions. Our little town has traded much of its tie-dye and rags for crowd-pleasing attire. I’d like to think, though, that at it’s core, Asheville still has that central attitude of acceptance. Acceptance of everyone, every size, shape, and color. And it’s because of this outlook that we’ve weaved people like Steve Goff, who started from nothing, was told to fuck off by many an employer and wound up here (a successful chef and restaurant owner with real talent and artistic ability to take one’s senses and titillate them to no end), into our humble foundation. 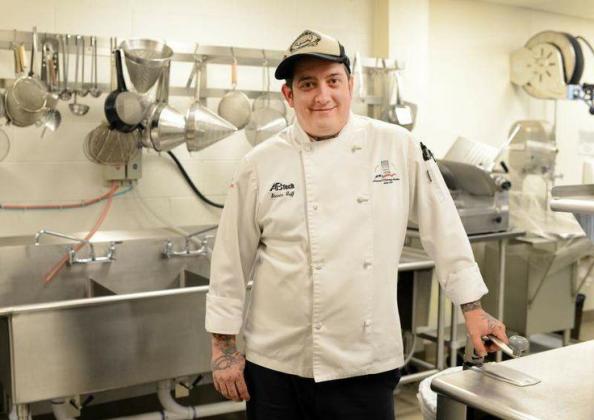 Photo from the Asheville Citizen-Times

Goff didn’t find the culinary arts immediately. “I definitely did not choose the kitchen,” he says, “it chose me.”

He began working in fast food restaurants at the tender age of fifteen, shortly after running away from home. It was the only vocation available for a kid as young as he was — especially for one who had already acquired a criminal record and sported a blue mohawk. He graduated to bussing tables at O’Charley’s when he was seventeen, but kept finding himself being pulled towards the kitchen. He eventually became a server, where he began spending a lot of time joking around with the cooks and other kitchen staff, where he soon knew he needed to move into the kitchen and away from his serving position. 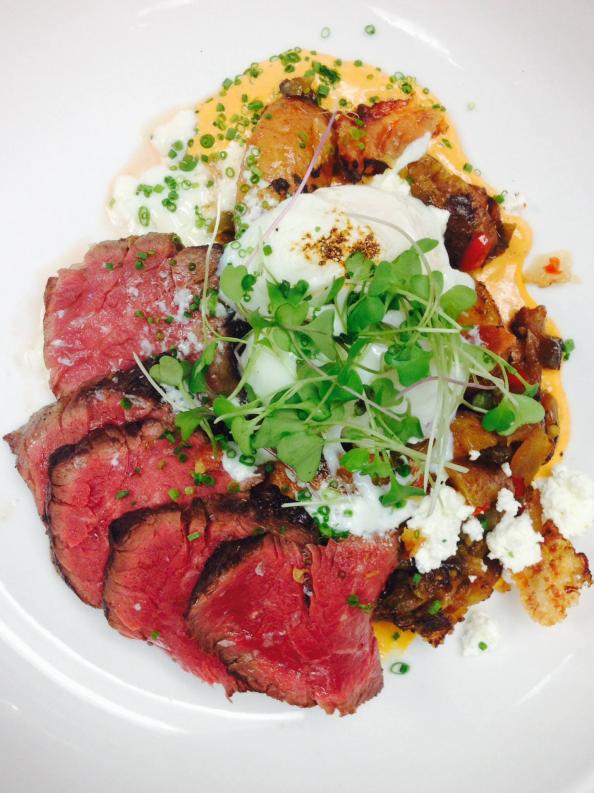 “It just felt right,” Goff recalls, “bold, aggressive, blunt, and vulgar! Just like a punk rock show...just like me.” In no time at all he was in love with the kitchen.

But those feelings were in conflict. For years after that initial exposure he was slow to fully embrace the kitchen. The punk rock aspect of kitchen servitude was absent when serving rich people fancy food. “I’m a fucking proletariat, blue collar through and through - this couldn’t be my life path,” he said.

Goff quickly realized, however, that it wasn’t just a job to him, and he saw that when he put his all into it, he got a lot back from cooking. He also realized that he was demonstrating signs of significant talent. So in 2001, he started the enrollment process for Le Cordon Blue in Portland, Maine. He even hitch-hiked all the way from New Orleans to Rochester, NY in order to be closer to the school, in case he got accepted. “Unfortunately, at the time, I was too young and naive to realize that there isn’t financial aid available to young, homeless kids unless they have paid for a lawyer and become emancipated from their parents,” Goff says. Funding wasn’t an option. So he had to abandon his dream of culinary school.

“After they told me to fuck off, I travelled around for a long time - lost and drifting,” he says. Trains were hopped, roads were traveled. Goff hitchhiked and floated around until he finally ended up in Durham, NC. 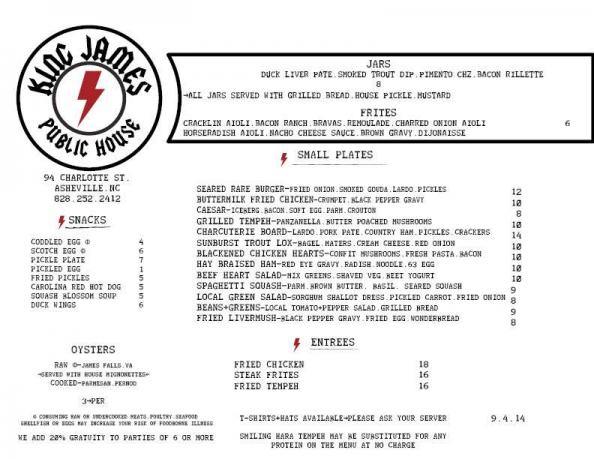 He made a second go at community college, first for welding and then for HVAC certification. But neither of these endeavors lasting more than two weeks. Construction jobs did’t cut it either. It wasn’t long until he was back in the kitchen. It was then that Goff let go his conflict with the kitchen and let life take it’s course — he was put on this earth to cook and he was going to be damn good at it.

Goff ended up choosing the culinary arts at AB Tech for it’s reputation as having a top-notch culinary program at an affordable cost. Goff went on to be an adjunct instructor at ABtech. Recently, due to his success as a chef, he has become the face for marketting the program to appeal to hopeful, future chefs.

In nearly no time at all Goff went on to open the King James Public House, a gastropub and lounge on Charlotte Street. The hardest part about opening a restaurant, he says, is finding the things that he wants to represent. He explains that a lot of people in that position reflect on their own heritage and where they are from in an effort to honor that background. But Goff, being from all over, felt “culturally homeless.” 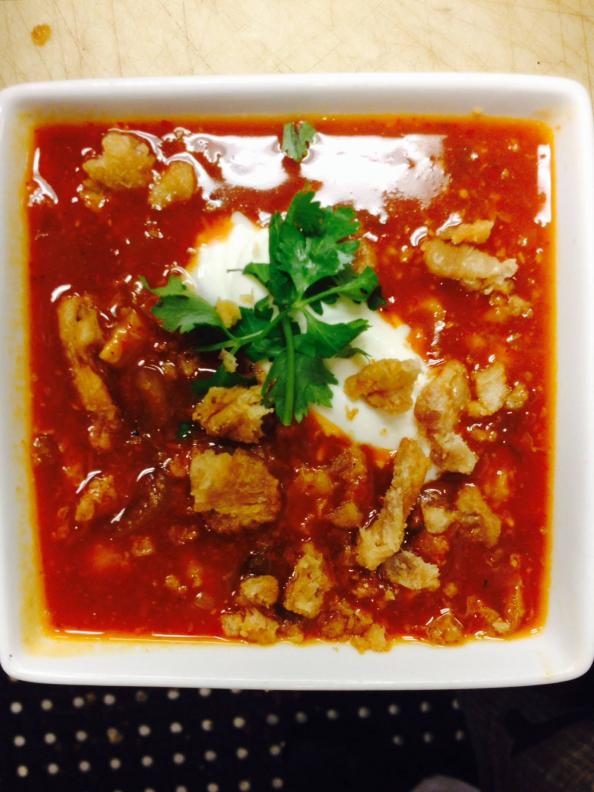 “I always appreciated rustic cuisines,” he says, “and nose to tail makes sense with my aversion to waste and focus on sustainability. It made sense, in that way, to build my menu as it is, ever-changing, with a focus on local products, and wasting nothing, while giving a nod to both our region and the beautiful vibrant personality of our little town.” So the menu at King James is as exciting as the food described upon it and, much life Goff, takes its inspiration from all over.

“I’m most grateful for my loving family,” he notes. “My wife gets the brunt of my epic workload but she’s the most loving and supportive wife I could ask for, and I’m very glad. She puts up with my shit while I’m trying to achieve my dream.” 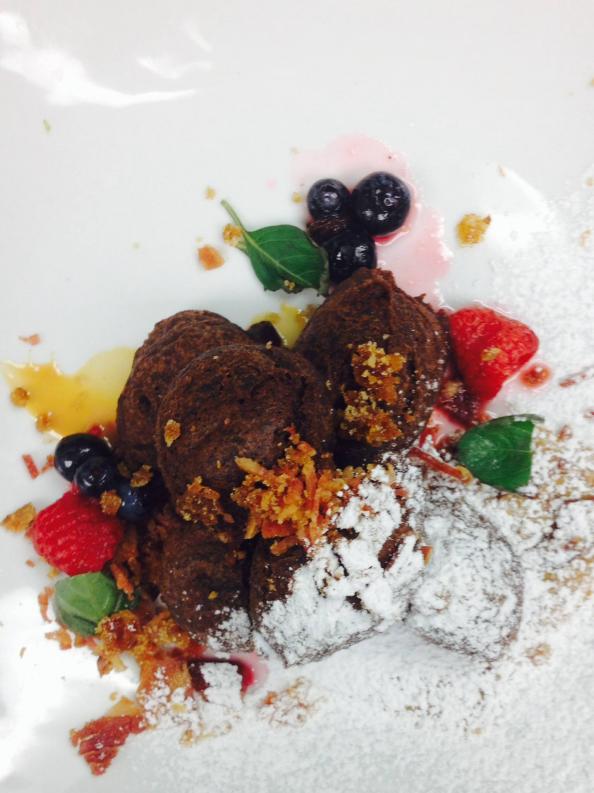 Goff holds up the Asheville spirit by not changing who he is fundamentally just to appeal to the masses. Every decision and every aesthetic aspect of King James reveals a core of punk rock and fine cuisine expertly woven together for an inviting experience, but unwavering in it’s identity.

“I’m very grateful that Asheville so readily accepted me and King James as part of the community.” 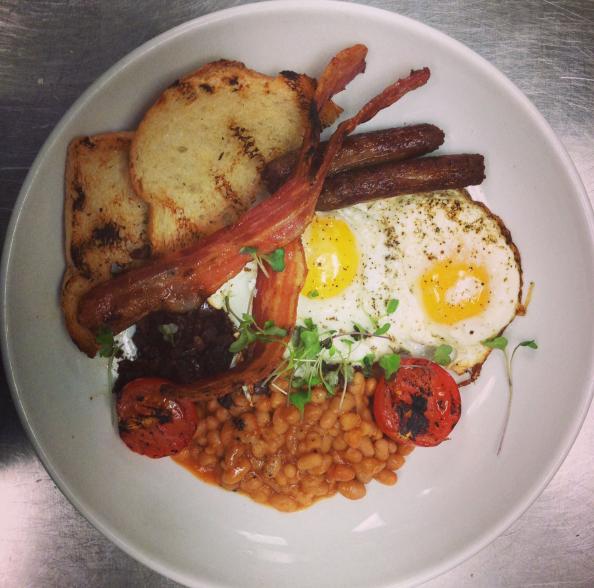 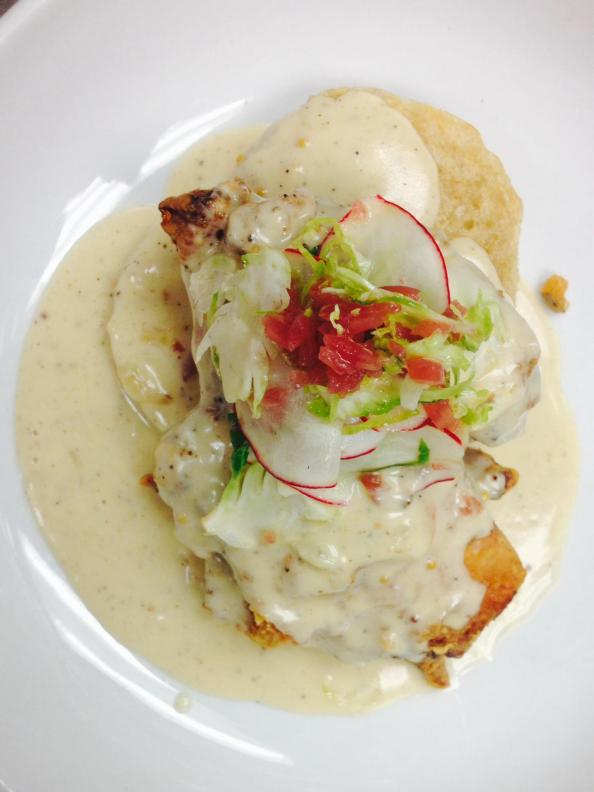 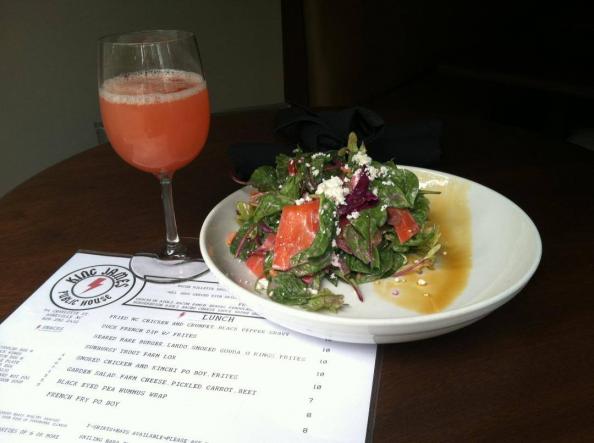