Dispatches From the B.A.D. > the {Pre}HAPPENING}

Dispatches From the B.A.D. > the {Pre}HAPPENING} 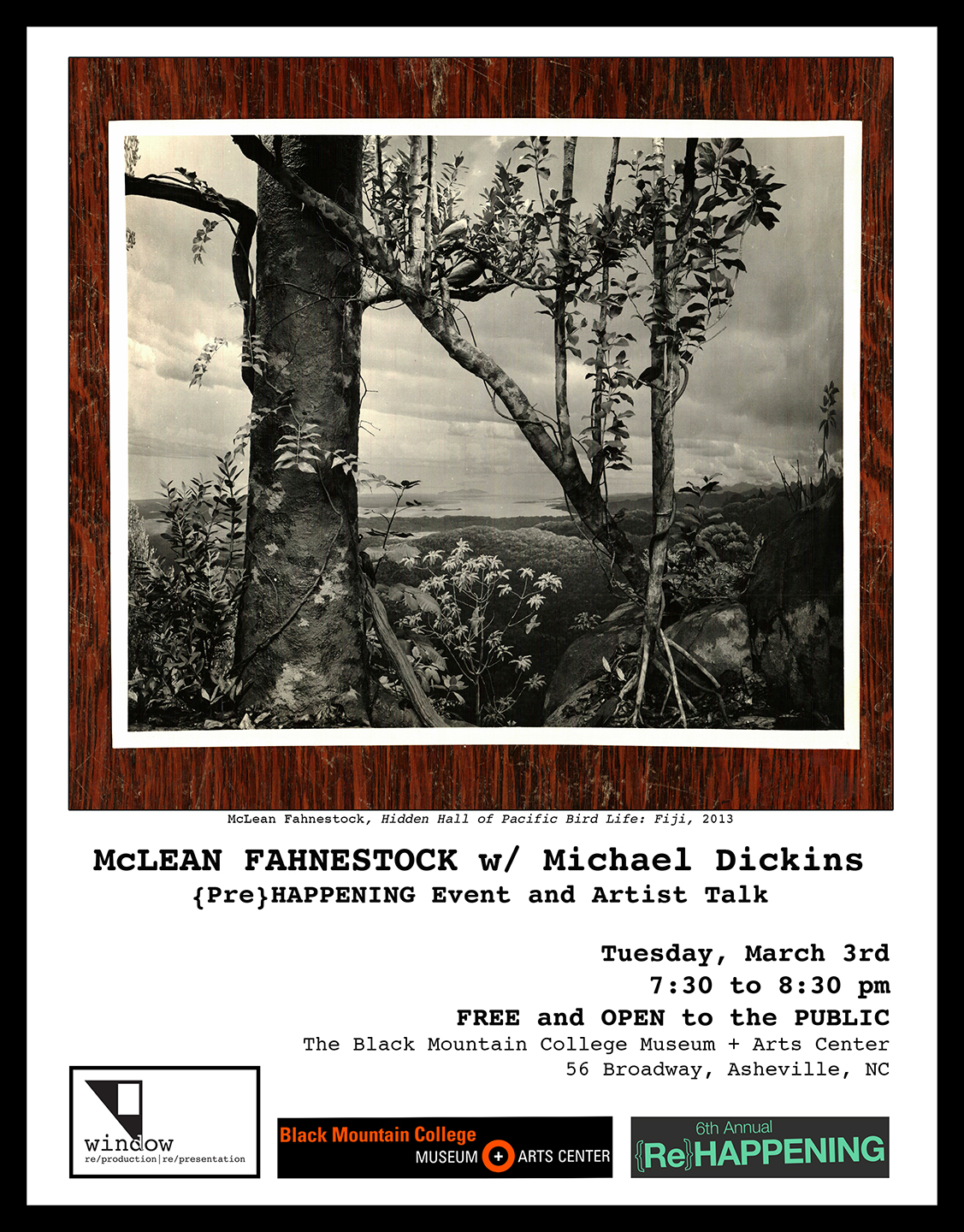 By now you’ve likely seen the announcement for this year’s {Re}HAPPENING, which promises to be an exceptionally strong program, including an array of performances and installations that have been thoughtfully programmed to fill the grounds, with teams of additional participants formed to flesh out the event with various Chance Operations.  If you’re unfamiliar with {Re}HAPPENING, spend some time perusing the website to get a sense of past projects. There, you’ll also find a concise synopsis describing it as “an annual multidisciplinary experimental art event [which] honors the dynamic artistic energy of Black Mountain College and pays tribute to the groundbreaking innovations of that community of artists. Simultaneously, the event launches a contemporary platform for artists and attendees to experience adventurous art and creativity in the present day.” Importantly, {Re}HAPPENING is a joint venture of Black Mountain College Museum + Arts Center and The Media Arts Project.

This year, Asheville is fortunate to have two of the selected artists in town for an artist talk in advance of the event. Window (re/production | re/presentation) is pleased to partner with The Black Mountain College Museum + Arts Center in presenting this artist talk and {Pre}HAPPENING with McLean Fahnestock and her collaborator Michael Dickins.  The talk will take place at the newly re-opened BMCM+AC space at 56 Broadway in downtown Asheville and will focus on Fahnestock’s on-going project related to her site-specific piece currently on view at Window, Hidden Hall of Pacific Bird Life: Fiji (from The Fahnestock Expedition). Fahnestock will relate this work to an upcoming audio-visual work currently in production for {Re}HAPPENING 2015 in collaboration with artist Michael Dickins, who will also be present.

It’s likely many of you are more familiar with the {Re}HAPPENING, BMCM+AC and The MAP, than you are with this oddly named Window thing.  Well, perhaps a bit of background is in order.  In March of 2013, I founded Window (re/production | re/presentation) as a means of contributing to the arts community in Asheville, hoping to stimulate dialogue within the burgeoning contemporary arts scene by bringing the work of prominent national and international artists to town in an unconventional format. Put simply, Window is an ongoing public-art project that occupies a portion of the storefront of Henco Reprographics (who VERY generously produce the works and serve as both host and sponsor), taking the form of large-format prints adhered to the façade’s exterior.  Specifically, the space highlights work that questions or responds to modes of representation and/or reproduction as essential to the content (visit the Past Exhibitions page of the website for details and install views of past projects).

The fact that Window is right next door to The Black Mountain College Museum + Arts Center did not escape me, and I’ve actively worked towards aligning programming between the two spaces by coordinating opening “events” to coincide with one another, inviting artists to produce work in response to their annual conference theme and, in this instance, coordinating a talk with an artist that is currently exhibiting at/in Window as well as participating in {Re}HAPPENING.

McLean Fahnestock’s work in/at Window is comprised of a scanned image sourced from the Ornithology Archive Room at The American Museum of Natural History in New York, where Fahnestock engaged in research around her grandfather and great uncle’s involvement in scientific expeditions during the 1930’s and 1940’s.  The photographic document depicts a portion of one of the four dioramas attributed to their journeys throughout the South Pacific. Fahnestock’s work seeks to “[reclaim] information from the media and history [and] re-present it in a way that leads us to address the truth of a situation versus the myth that has been perpetuated.”

The diorama, itself a representation of a real location, functioning as a presentation media and attraction for museums, derives its power and factive nature from its sanctioned site. The shift in dimensionality is also intriguing. From 4-dimensional reality to a 3-dimensional simulacra to a 2-dimensional image in a folder on a desk and then flattened again digitally. (Fahnestock)

In their proposed project for {Re}HAPPENING, Fahnestock and Dickins combine their,

…shared enthusiasm for multimedia installation, science, and politics [to craft a work] that utilize[s] technology to illuminate inequities in the systems that were originally created to support and further the human endeavor.

We will present the launches by NASA from the 1960s until today paired with the speeches that shaped the program. We will map the projections of the rockets to large trees on site so that the projected launches will leave from the grounds of Black Mountain College and disappear into the branches. Working with the close ties of governmental funding with scientific progress, historic audio clips will be punctuated by rumbling launches associated with the period. All material will be sourced from the open archives of NASA. (Fahnestock, Dickins)

The commonalities between these projects in terms of their reliance upon archival research/materials and a focus on exploration in relation to cultural ideas of progress will (among other things!) be open for discussion during the talk next week. This type of convergence is precisely the reason for Window’s very being, and the hope is that this exchange will be the first of many collaborative ventures between arts organizations in The B.A.D. and throughout the greater Asheville community.  Please come out and join the conversation!