Why I Decided to Stay in Asheville

Why I Decided to Stay in Asheville 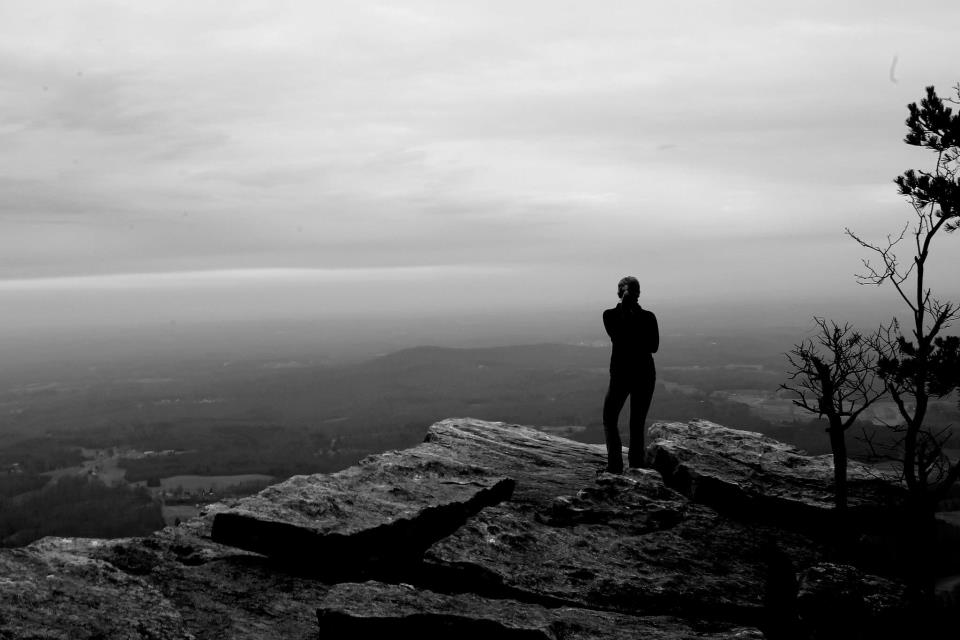 I think life is a funny thing, really I do.  Or at least that’s what I have to tell myself to get through the rough patches. Rough patches are unique to their owner but also surprisingly universal. However, Asheville has a way of embracing those particular rough patches and painting them with a shade of acceptance and gusto that can only make you want to do one thing; stay.
But before I start to sounds like the hippie living in the van down by the river, which Asheville has plenty of; I have to tell you exactly how I got here. Rough patches and all.
Growing up in rural North Carolina, in an area known for tobacco and even more tobacco, I developed my love for running and an even stronger desire for running as far away as I could from that small town.
So, at the ripe age of eighteen, I headed off for college in the big city of New York. Living right across the street from Macy’s Department Store, and attending economics classes in the basement of the Empire State Building, I thought, this is what life is all about. I’ll graduate with a four-year degree, in three years, intern at New York Times, and become the coolest and hippest sports journalist this city has ever seen. A-Rod won’t be able to resist me.  Well, after two months of classes, living off of Trader Joe’s brand cereal and breathing in the same Halal cart every morning, I quickly realized this particular college was not the right fit for me. So it was back to square one, college applications and packing the same boxes. Plus, A-Rod was dating Cameron Diaz, and no girl can compete with that. No one.
I returned to my computer in search of the perfect college and the perfect fit. Google homepage quickly became my best friend and as I typed into the empty search bar “universities in NC” I never expected what would come next. A few short months later, I found myself pulling my rusty red Jeep Grand Cherokee up the Blue Ridge Parkway and onto the campus of Mars Hill University, and the rest was history.
Three years and an undergrad degree later, I was at a crossroad. Completely unsure of what I wanted to do. The dream of being a sports journalist was still burning inside of me, instead this time I wanted to write about more important things than a wicked curve ball. I wanted to write about things that mattered, things that were of real value. I immediately knew I needed to move back to NYC, after all that was the mecca of journalism and all things culturally valuable, right?
However, I returned to NYC in June for a friends wedding and found my love for the city would be halted. Halted by high rent, the job market being shittier than my ex-boyfriend and a sudden realization; the realization that I was happier in Asheville.
For so many years I created this image in my head of how beautiful NYC and I would be together, while all along I was friend-zoning Asheville.
Only allowing it into my life on Friday nights for friend’s birthday parties at Wicked Weed, or Saturday mornings for coffee and the best blueberry muffin at Izzy’s or getting my Fiddlestix fix at Barley’s on Thursday for Alien Jazz Club. Until I realized all these wonderful, Instagram picture worthy nights, were what made my life so wonderful and beautiful. I was falling in love and didn’t even realize it.
So, for anyone who has ever visited Asheville for a weekend or lived here their entire life, the same thing can be said about the city from everyone, it’s inviting. Inviting, like the tattoo covered barista gladly holding the door for the 6 month pregnant yoga-teaching, single mother. Or the chic, Minx sales girl happily dressing the completely fashion-illiterate, twenty-one year old for a dreadful bridal shower at the Grove Park Inn. (True story.) Asheville not only welcomes everyone, it holds the door, takes your hand and shouts, “We’re glad you’re here, come on in!”  It’s unlike any other city and unlike any other place I’ve had the privilege of visiting, and for that, I think I’ll stay. So if you see me on the streets, I’ll probably be walking too fast, with my head in a cup of coffee, but say hi and give me a shout, because I’m glad to be here, and I’m even more glad I decided to stay.