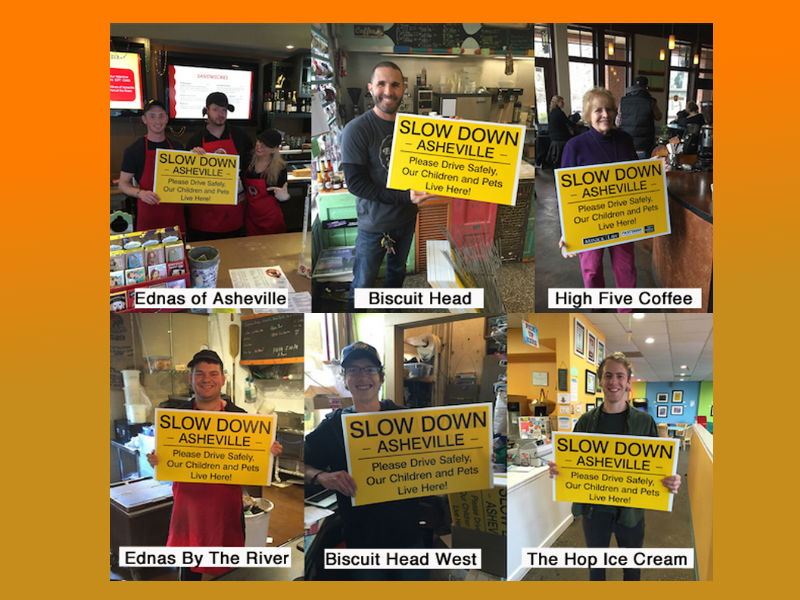 Local injury Attorney Lakota Denton of Lakota R. Denton, PA, launched the Slow Down Asheville campaign in February of this year, which is when drivers started noticing the bright yellow yard signs urging them to “Slow Down” all over town. The grassroots program aims to raise awareness about pedestrian safety in Asheville, which has the highest rate of pedestrian accidents in North Carolina, per capita, according to a recent NC DOT study. Denton noted an increase in pedestrian-related accidents including several fatalities, as well as a mounting sentiment from residents wanting to keep their streets and neighborhoods walkable for their families.

As part of the campaign, Denton recently released an official “Slow Down Asheville” video in support of the project. Locally filmed and produced by Jeremy Seifert of Atlas Films, the video explores some of the practical challenges faced by Asheville’s growth, and the impact of that growth on its residents, and businesses.

Many are drawn to Asheville because of its family-friendly atmosphere, walkable neighborhoods, and strong sense of community. Some feel those values are in jeopardy, as town grows by leaps and bounds and residents struggle to keep up with the pace of expansion. More residents can mean more automobiles, and more traffic. As roadway congestion increases on main roads, drivers seeking to shorten their commutes are turning to backroads and side streets to get them to their destination on time.  Unfortunately, people who live on these smaller streets are feeling the impact, and are getting fed up with drivers speeding down their roads in search of a quicker route.

As a father of young children and a lawyer who handles local pedestrian and cyclist accidents, Denton felt he was in a unique position to help address this problem. He says: “As residents of a city experiencing rapid growth that prides itself on being family and community friendly, we feel that we have a responsibility to help shape that growth in a way that reflects care and advocacy for those most vulnerable, namely children, pedestrian, cyclists and pets”.

Since the launch of the campaign, Denton has printed about 1300 of the bright yellow yard signs, which can be seen all over Asheville. The overwhelming response from members of the community have prompted the law firm to reprint their signs 4 times already, in order to keep up with the demand.

Denton says, “As Asheville grows and experiences higher traffic volume, drivers are finding backroads and shortcuts to save time. Many of these shortcuts are narrow residential roads with on-street parking, and less than ideal visibility. Drivers not paying attention to their surroundings or posted speed limits are creating a real safety hazard. As a personal injury attorney in Asheville, I handle a large number of pedestrian related accidents and unfortunately, fatalities resulting from accidents involving autos and pedestrians. I feel that as Asheville grows, there needs to be an increased sense of awareness and importance about public safety, and we’re trying to do what we can to support the sentiment. Based on the response to this campaign, it would seem others in the community strongly agree.” 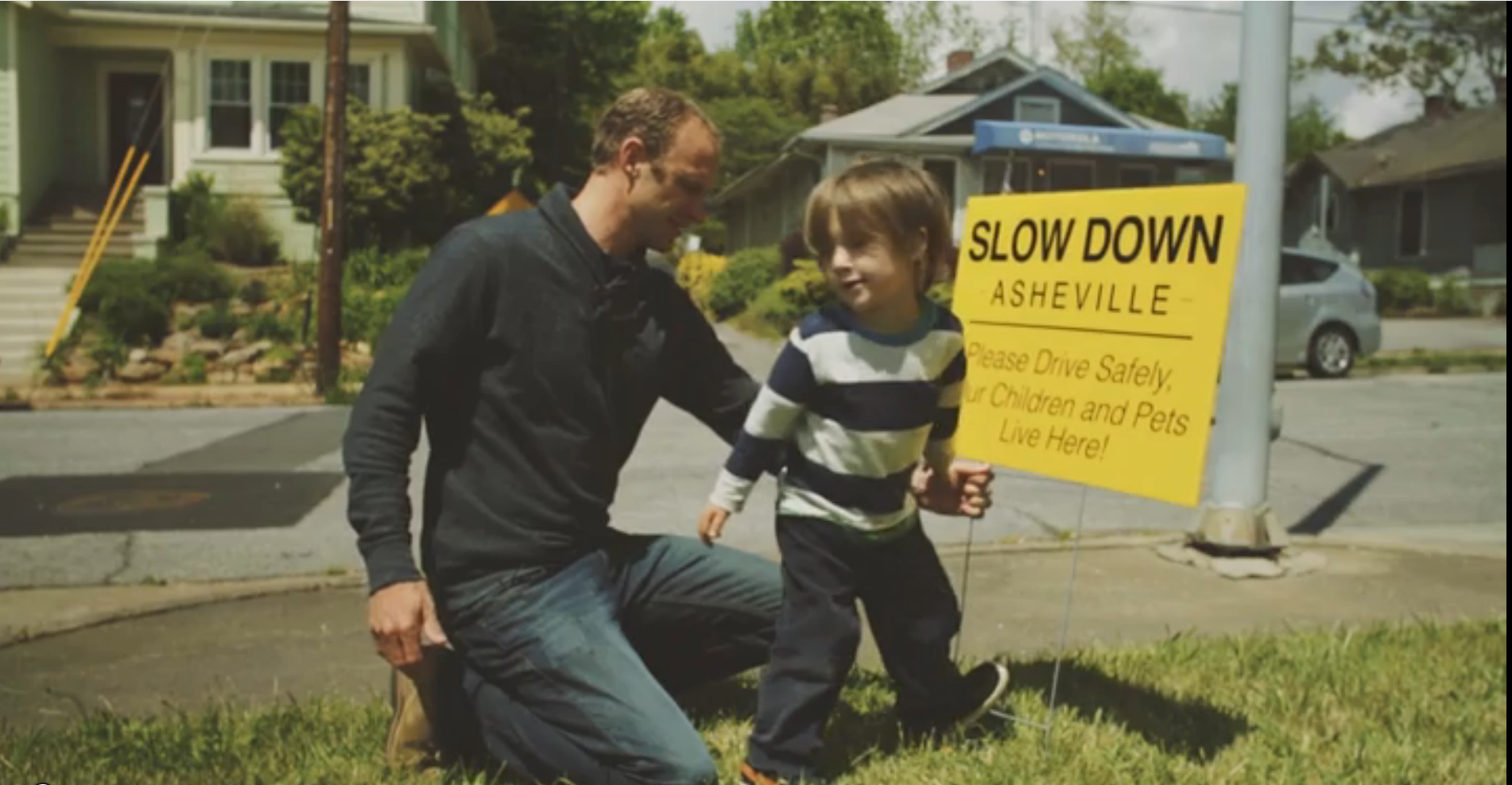 Pick up your FREE Slow Down Asheville Yard Sign at Denton's office:

Sign the moveon.org petition to add a crosswalk to one of Asheville’s most dangerous intersections.