What they don't tell you about pregnancy

What they don't tell you about pregnancy 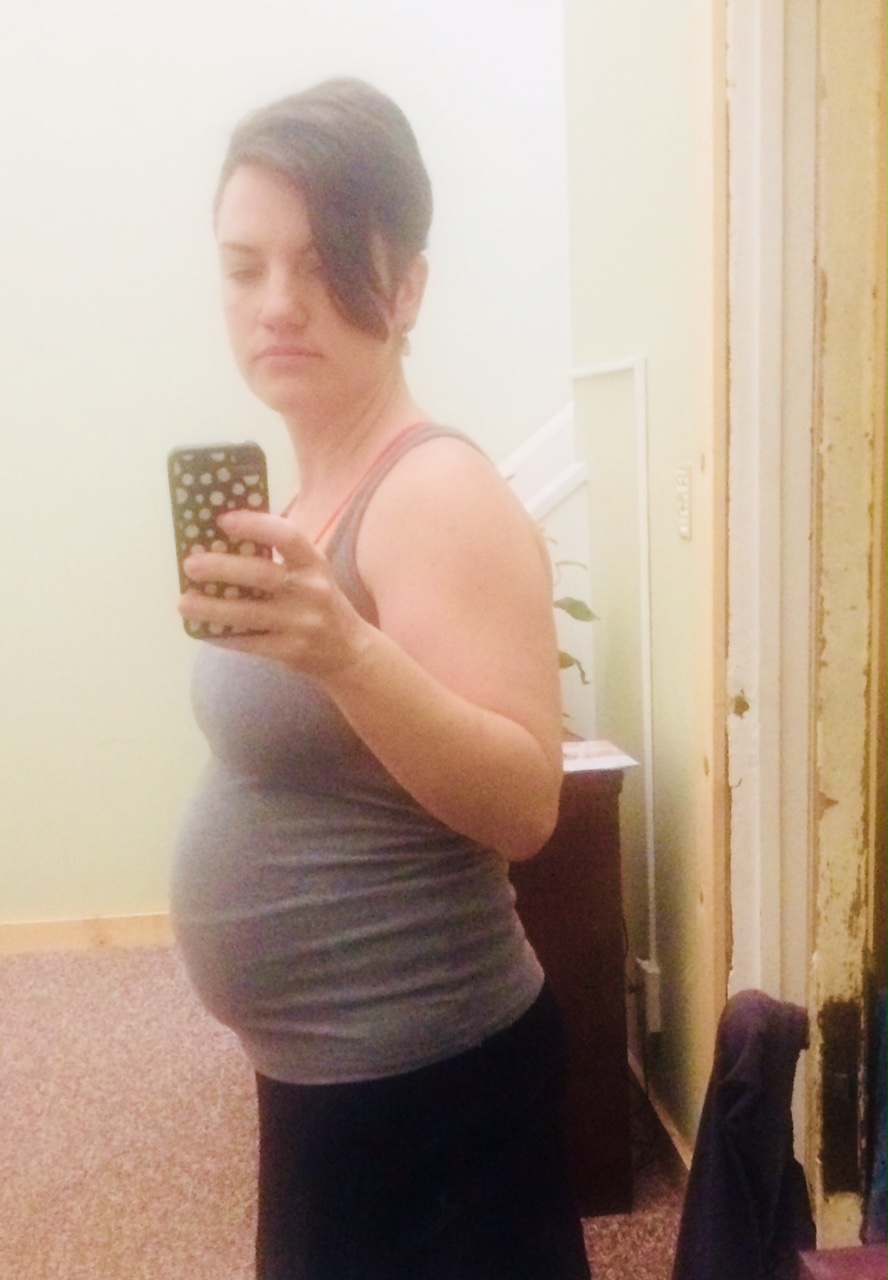 For most of my first trimester (that's the first 13 weeks), my body was plagued with bloat, nausea and the unwavering feeling of not wanting to do anything, which included eating. Now, for some this would be a normal occurance, but for me to lose my appetite, turning away such things as chocolate and ice cream, I thought the beginning of pregnancy was the end of me. I'm currently in my 21st week of pregancy and most if not all of the previously mentioned woes of carrying a small human have ceased, thank God. I have my energy back, I feel more like me, and I am ready for this thing to get here so I can physically hold it instead of carrying it in my uterus all day. I never thought feeling like me again would feel so good.

The negatives of pregnancy don't outweigh the positives: the excitement of bringing a new life into the world, making doctors appointments, telling friends and family the news, picking names, looking at baby clothes with purposeful intent. It's like being kid and awaiting Christmas when it's nine months away and you just can't wait! I found some things to be a shock or surprising in pregnancy, but most I had heard of from close friends with kids of their own.

But the thing that shocked me most: dreaming. That's right - dreaming as a pregnant lady will take you on a ride everynight you decide to lay your sweet, tired head down on the pillow. Why would you dream more while you are pregnant? Jena Pincott says it best in her book: Do Chocolate Lovers have Sweeter Babies? The Surprising Science of Pregnancy:

Expect to have more vivid dreams, thanks to hormones and fractured sleep cycles. Also prepare yourself for more nightmaress and consider them a good thing. The eveolutionary purpose of dreaming may be to help us resolve internal conflict and process new information, which is why we dream more when our lives are changing. Pregnant dreamers have a shorter labor than nondreamers-nearly an hour less on average. Amonth the dreamers, those whohad vivid nightmares had significantly faster deliveries than those who had good dreams only. Women who had nightmares during pregnancy also had a significatly decreased change of getting postpartum depression.

Are these dreams, nightmares? Sexy? Wild? Drama-filled? Well yes, I guess for me I've experienced all these type dreams whether it be during the night time or taking a 30-minute nap in the afternoon. I have dreamed about classes at my middle school, and the toy car project I made in 7th grade. I've dreamed about my neighbors (eating ky jelly), people from high school I haven't thought of in years, all making an appearance in my crazy brain so vividly that I wake up questioning whether or not it really happened. Two nights ago, I dreamed I had sex with Rob Thomas in the shower of my college apartment, all while his new song played. I wish I could remember the lyrics and melody when I woke. I think he and I could make a number one hit.

I remember the first dream I had as a pregnant lady. It was before I even knew I was pregnant. I have a belief that most dreams have meaning, especially if you can remember specifics, so I looked up a dream I had about fish on the dreammoods.com/dreamdictionary site. The site stated dreaming about fish swimming may symbolize conception. I had also been craving pickles like a mofo. I immediately texted my best friend to tell her that in fact I may be pregnant because of the dream I had about fish.

"The last time you dreamed about fish yours all died," she said. Not believing I could be preganant, she blew off my comment as another obsession I would have until I got my period. I also didn't believe I was pregnant, but knowing that it drove her crazy, I decided to torment her with every small sterotypical pregnancy thing I experienced. Jokes on her ;)

I dreamed my grandmother came back from the dead in a wedding dress. She was sitting on the steps of the home I used to visit her every weekend looking young, glowing and care free, happy to be alive again. I don't think I had ever seen her look so blissful. Maybe she's looking down on me from heaven, knowing I am carrying her great grandchild, holding me in a special light and serving as this child's gaurdian angel. The other option is that she was slyly looking down on me, judging me for not being married. I guess I'll never know.

Some dreams are comforting, some anxiety ridden and scary. One night I dreamed I rescued three long-haired black-and-white kittens. While carrying two of them to the litter box, I saw a man in boxers, looking much like Donnie Wahlberg in "The Sixth Sense" out of the corner of my eye. Scared, but wanting to get those kittens to the litter box, I fought my fear and pushed him to see if he was real. Apparently he was not because I woke up giving a hard shove to my pillow while giving out an ancestral yell at the top of my lungs. Could this dream be depiciting my motherly instinct to protect my young and go after the intruder? Just for more meaning I'm going to say yes.

Car dreams have always haunted me since I was a child and they didn't cease to make their appearance during this pregnancy. Whether I am driving the car or in the passenger seat it's usually not a pleasant ride. I've read driving a car and being with little control can depict the way you feel in your waking life, unruly and out of control. Being in the passenger seat, with another driver driving can sometimes indicate you feeling others are steering your life in their own direction. I can't deny that being pregnant can give you all those feelings and more. The feeling of being out of control, and questioning everyone's intentions is another lovely puzzle peice that fits into what makes up pregnancy.

So, if you don't do anything else during your preganancy start a dream diary. Write everything you can think of that you've dreamed the night before. Don't eave out any details. This will be awesome to look back on after the baby is born and maybe someday show your kid when they get older.