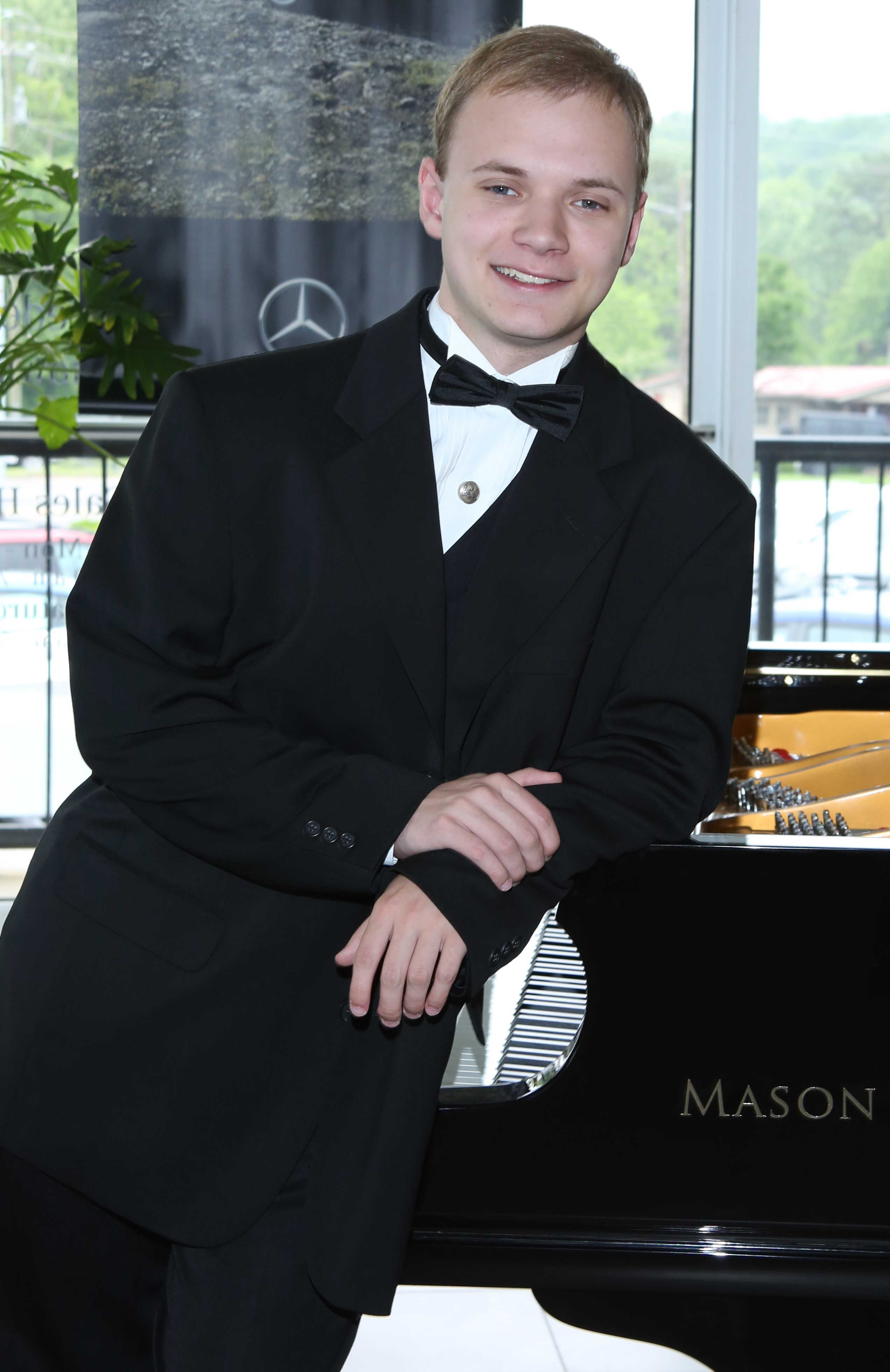 This sounds like a great show. Here's the press release:

The Music Foundation of WNC is sponsoring its sixth annual World Masterwork Series – Exploring New Horizons with a featured performance by Christopher Tavernier, an unprecedented and technically challenging piano concert is sure to sell out weeks prior before it comes to the Diana Wortham theatre on Saturday September 1, at 6:45 p.m.

“We are doing something that is very seldom done anywhere in the world,” says Joann Freeburg, Music Foundation of Western North Carolina founder. “You won’t have to be a classical music fan to enjoy this concert. You can appreciate it from a historical, technical and performance perspective. It is a once-in-a-lifetime opportunity where you can experience the classical style with today’s current popular music."

The piano that Tavernier will be playing on is especially noteworthy. Made in Boston, Mass., and provided by Freeburg Pianos in Hendersonville, it is the latest American-made Mason and Hamlin model CC-94 Concert Grand piano and is making its premier main stage performance at the Diana Wortham Theatre. It is the third longest handmade piano in the world at nine-feet-four-inches long. The piano will be tuned to the Equal-Beating Victorian temperament, a tuning method that was preferred in Europe during the 1800s and still by many classical performers. The resulting rich sound to both the trained and untrained ear is often described as more vibrant that tuning commonly used today.

Tavernier made his orchestral debut with the Tar River Philharmonic Orchestra at the age of 13 in Rocky Mount, N.C., performing Tchaikovsky’s Piano Concerto No. 1 in the opening concert of the orchestra’s Fall 2013 season. Since then he has won the Hendersonville, Asheville, Augusta, and Charlotte Symphony concerto competitions, and second prize in the National Elizabeth Harper Vaughn Concerto Competition in Kingsport, Tennessee, where he was the youngest performer in the history of the competition. In the summer of 2017 he was one of two pianists who won the Brevard Music Festival Jan and Beattie Wood Concerto Competition, competing in a field that included college undergraduate and graduate students.