Summer Ends With a Musical Bang

Summer Ends With a Musical Bang 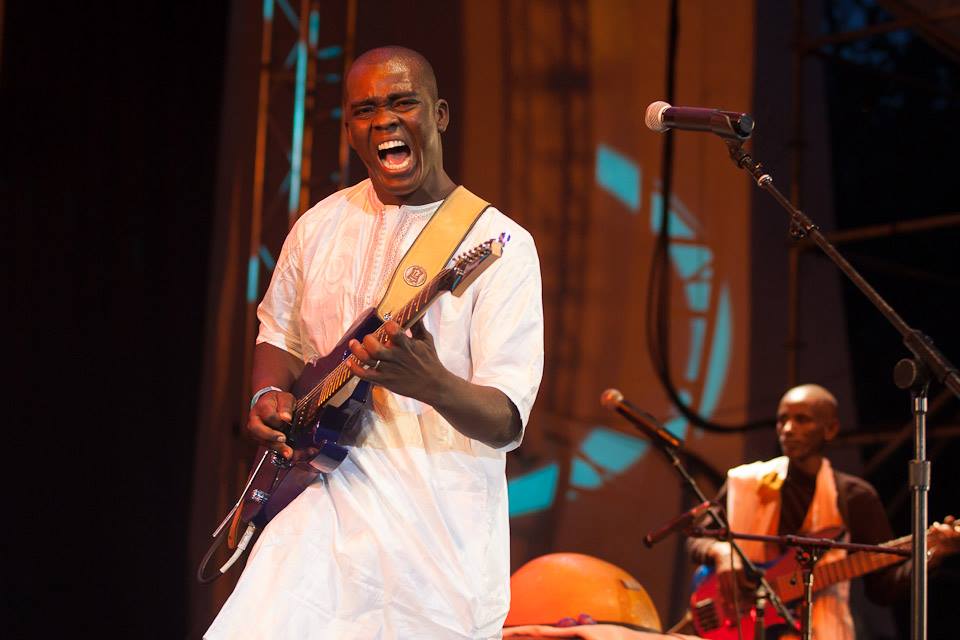 It's been a while since my last post, apologies for that. There's been a whole lot happening! Here's a run-down of cultural music events in Asheville that closed out the summer, and some upcoming events.

I'll start with this because it's tonight (Thursday October 2nd, to be exact). The great Oumar Konate will be returning to The Mothlight! This guy shreds.

His debut album was recorded during the 2012-2013 political crisis in Mali. It is a "sound treatise on the emotions and experiences of young Malians as they live through the rebellion and coup d’etat that was shattering their country and their dreams of a better future." (from Addoh press release, Clermont Music). "Recorded in Africa and the US, these tracks reflect contributions by several master African and American musicians. The combination of ancient and modern instruments reveals the sophistication of the many gifted artists in Africa."

Speaking of Mali, Vieux Farka Toure, son of international African music legend Ali Farka Toure, recently played an outstanding show to a captivated audience at New Mountain Asheville. Zansa side project Mande Foly, led by Arouna Diarra from Burkina Faso, warmed up the Sunday crowd nicely. (Shamelss pat-myself-on-the-back and plug- I played with Mande Foly that night, and will be playing with them again on October 3rd at The Bywater. Super fun band to play with!). New Mountain is doing great work bringing in diverse acts, and the place is starting to look great as well. I know it sounds good, both on and off the stage. Glad to see a venue with the capacity to rival The Orange Peel. I love the Peel, don't get me wrong, but some healthy competition is good for everyone- the musicians, the clubs, and the fans.

Below is a shot of our own Adama Dembele (33rd generation Ivorian musician and Zansa frontman) sitting in with Vieux Farka Toure, and here's some video, too.
I absolutely LOVE Tim Keiper's drumming, on this tune especially: 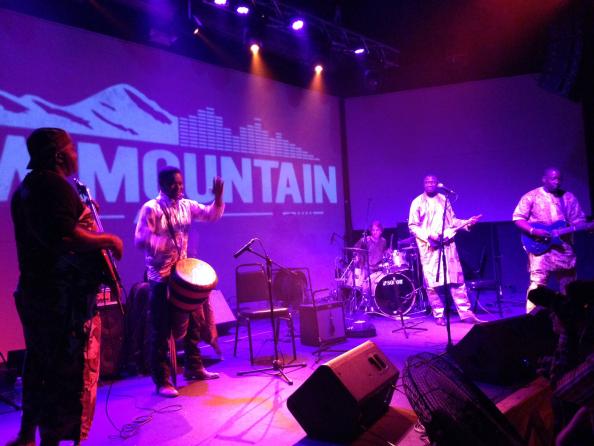 Goombay Festival made its triumphant return, this year to Pack Square Park. And what a great fest is was! The Friday skies were sinister all day, but the storm held off all day...until...just before Zansa was about to play. Then it dumped buckets on us, and lots of lightening to boot. Shut it down boys. The fall weather flashed its first feathers and Saturday, but the music kept us all cozy. Lyric was fun as always, the uber-talented Jonathan Scales Fourchestra left us all picking our jaws off the Pack Square dance floor, and the 101 Runners closed out the show New Orleans-style in full Mardi Gras Indian regalia. What's the deal with Mardi Gras Indians you ask? Here's 2 cool things I learned from www.mardigrasneworleans.com: 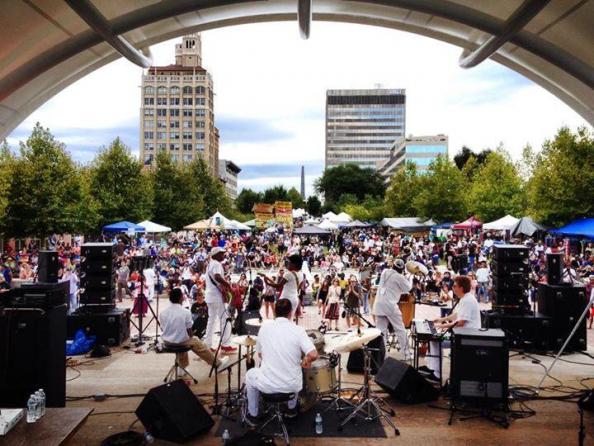 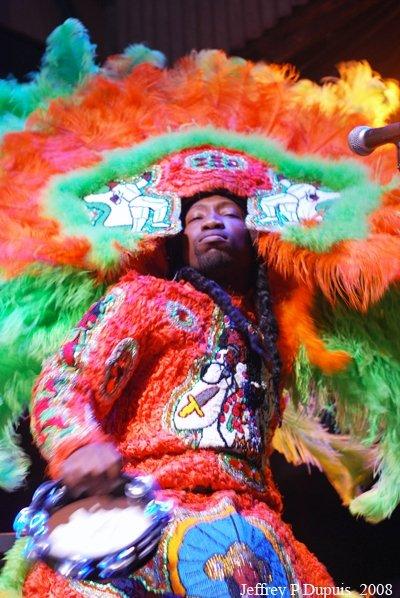 
Sierra Leone's Refugee All Stars + The Fight Against Ebola

Zansa had the privilege of opening for Sierra Leone's Refugee All Stars at The Grey Eagle back in late August. We had a great time, but left with heavy hearts knowing that the spread of Ebola was threatening their homeland. Luckily none of their family has come down with the disease. But, they continue to send money to help. We can help too. There is a campaign to help spread awareness and prevention of the disease (one of the biggest things that will contain the spread). Filmmakers at WeOwnTV and the Sierra Leone Film Council have produced a series of short video PSA's for wide distribution on local television and radio to help sensitize the country about the current Ebola disease epidemic.

You can donate what you like.
They need it.

Here's the link to DONATE: www.globalgiving.org/projects/sierra-leone-ebola-campaign/

Zansa Halloween 2014 at Isis- A Celebration of Masks

I couldn't leave without telling you about the next Zansa gig!  Our Halloween theme is inspired by Ivory Coast's Fêtes des Masques (Festival of Masks), which takes place in the region of Man on November 1st. Numerous small villages in the region hold contests to determine the best dancers and to pay homage to forest spirits who are embodied in the elaborate masks. Zansa invites you to wear your own mask and costume inspired by the theme of the spirit world, ancient legends, and human/animal amalgamations.

Now, make no mistake. We are not trying to say that this Festival of Masks is some sort of African version of Halloween. It is not. There is no Halloween in West Africa. These masked dances are very spiritual and are only danced by one special person in the village. These dances get passed down through generations, with the mask and the dance entwined as one. Some of these mask dances have to do with somehow communicating and connecting with the dead. This is our inspiration for the Celebration of Masks theme. 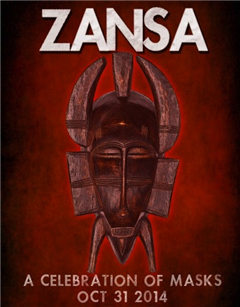 Did I forget anything? Let me know!