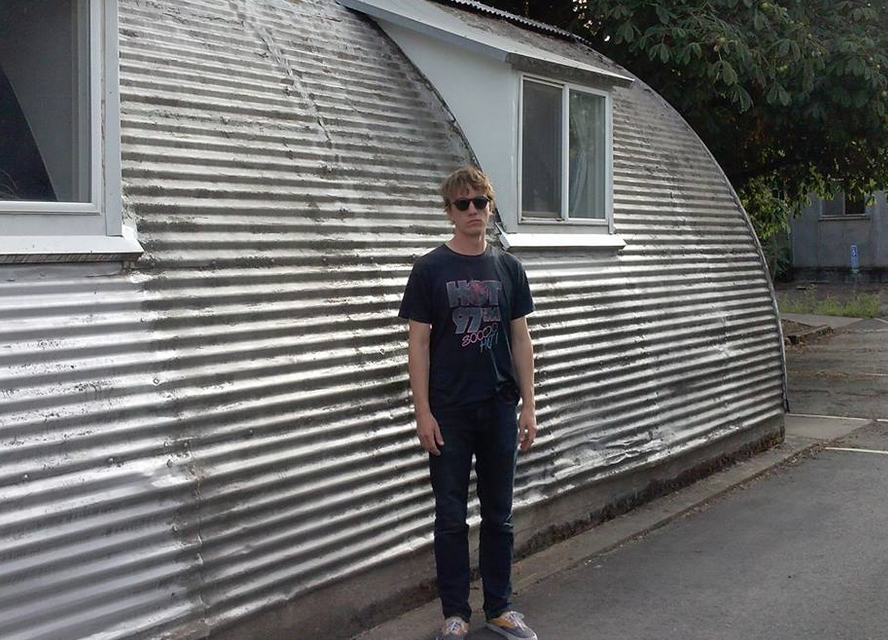 Sometimes the best friends you’ll ever make are the ones who knew you when you weren’t someone yet. For Steve Gunn, the guys at Harvest Records are the ones who helped him build such a reputation in Asheville and much of Western North Carolina.

“Steve rules,” says Mark Capon of Harvest Records. “We consider him part of our extended family.”

Over the last few years, Gunn made an appearance and performed at both the five- and ten-year anniversary festivals for the record store while juggling his own shows and tours. Whenever in Asheville, Gunn says he makes the effort to spend time with the staff.

The artist is making his way back to the mountains March 24 to perform tracks from his latest album, “Way Out Weather,” at The Mothlight. After leaving Philadelphia, where he currently resides, he made his way to Texas to begin a trek through the southeastern states then northward to finish in New York.

“It’s always a good time, being in Asheville,” he says. “My friend has this ancient old cabin just outside the city and I always stay there. It’s great, seeing old friends and being in nature.”

His new album reflects Gunn’s desire to keep himself from the forefront of the music’s tones. He says he prefers to make the music about others and keep his sense of self more personal rather than public.

“I like to enjoy being a player,” he says. “The stuff I do is about other people, outside characters and their strange psychologies.”

Gunn’s musical style has also been shaped by the changes in his bandmates over time; from the beginning of his exploration into his own talents he’s played with many different musicians, some of whom passed through or drifted into the band for a short amount of time.

Now, with a four-piece band in the loop, Gunn’s style is honed in on a relaxed and thought-provoking sound. At each show, though, he says the tunes are always presented differently than they are on the record for each audience he and the band encounter.

“His songwriting has evolved so much over these last few records,” Capon says. “He’s truly a force to be reckoned with.”