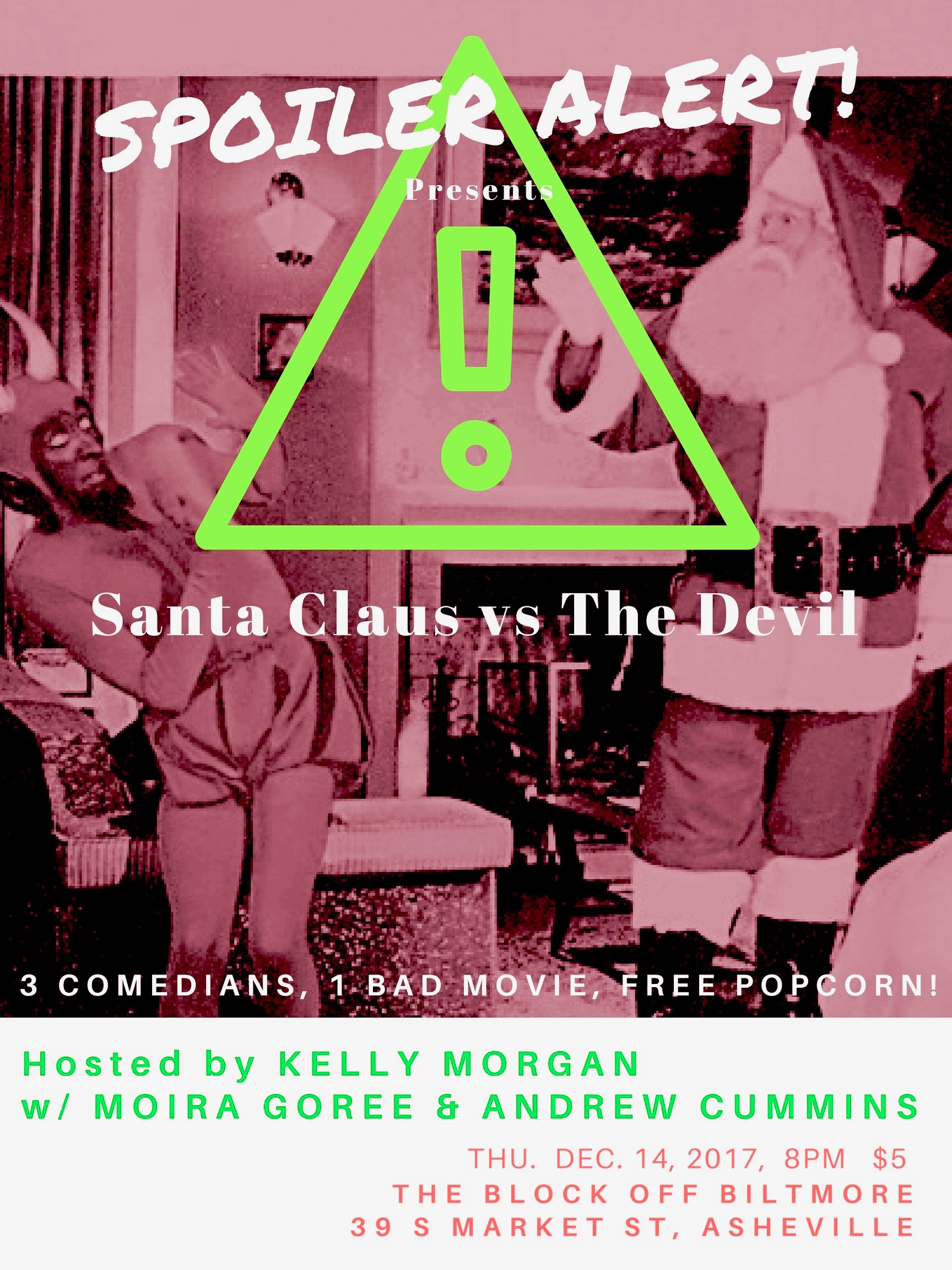 Ho Ho Ho! Ha Ha Ha! This is a very special Christmas edition of Spoiler Alert! and the first at The BLOCK off Biltmore in downtown Asheville.

Tickets $5 at the door 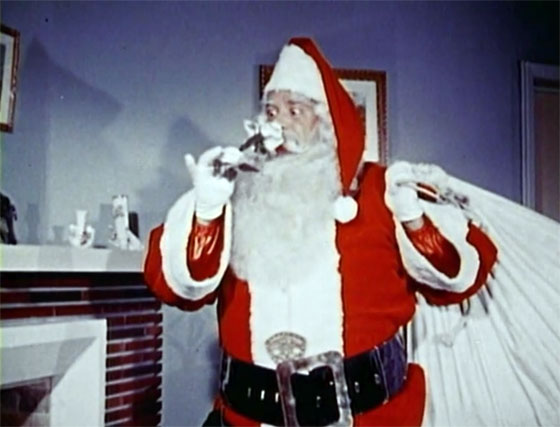 This month's bad movie is the Mexican holiday adventure Santa Claus Versus The Devil from 1959. On Christmas Eve, Lucifer sends his top demon, Pitch (José Luis Aguirre 'Trotsky'), from Hell to Earth to destroy Santa Claus (José Elías Moreno) and make all the children of the world do evil. Of course, Santa knows what Pitch is up to, but can't do anything about it until nightfall. It seems that Santa, like Cinderella, can go out only during certain hours. For Santa, it's sundown on Christmas Eve to sunrise on Christmas Day. At dusk, he travels from his Toyland Castle space station (in geosynchronous orbit over the North Pole) to Earth. Santa must escape from three evil boys who try to enslave him, then prevent Pitch from stopping his delivery of toys to the children of Mexico City. Will he succeed with magical help from Merlin (Armando Arriola) and Vulcan (Ángel Di Stefani)? Or will Pitch be able to expose Santa as a fraud as the world watches? 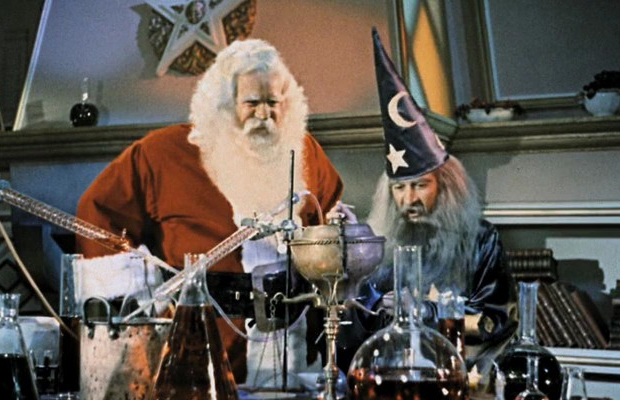 The film is dubbed in English from Spanish. The movie will start at approximately 8:30pm. We encourage people to bring friends to the show and feel free to actively participate with their own comments, go Facebook live or add to their Instagram story during this fun, interactive event.