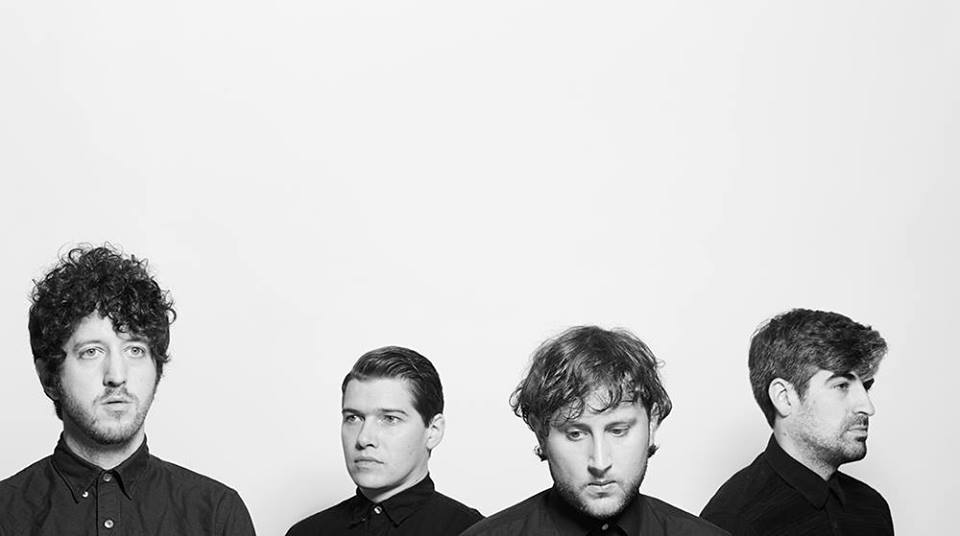 Indie rockers Small Black have been making infectious, dreamy music for a while now. Their most recent album, 2015's Best Blues (out on Jagjaguwar), continues the exploration of memory, nostalgia, and imagination through sound that they have been etching out throughout their career. They play The Mothlight on April 18th with Bayonne.

Their last full-length album, Limits of Desire, was an acclaimed record filled with dream-pop tunes that are deeply satisfying, skirting that fine line between tugging at your heartstrings and bringing you into a wash of synesthetic rhythms. The new album continues that theme, pulling you gently into a blurred nighttime vision, a half-awake remembrance of the deep well of emotions and human experience. It's melodic, with few hard edges.

Its sonic fuzziness lends itself well to getting lost in the music, which is unabashedly gorgeous. As frontman Josh Kolenik sings, wordless harmonies fill the space behind him. His voice is front and center, but it's as if he's stepping out in front of a wall of sound filled with swirling patterns. When he finally emerges, the vocals act as the missing piece that tie everything together and raise it up to a totally satisfying level.

The song that opens the album, "Personal Best," exemplifies Small Black's style and brings in everything they are known and loved for. The synth-heavy sounds and strumming guitars interweave with the vocals, which center on themes of exploration, loss, and a deep ennui. "Go take your birds and fly," sings Kolenik. "Go find the afterlife. . . . I see you're running out of time." There's no urgency in the delivery; rather, it's as if someone who has almost decided to give up is reciting the advice of others before he moves into the dream world forever.

Small Black's songs are not all slow and meditative, but there is always a touch of sleepiness to them. That's not to say that this isn't music to dance to. It is in the same way that some of the best 80's New Wave gets me swaying and lost in the beat. "Boys Life" is a perfect example. There's nothing lost of that dream-like tone, but there's thudding percussion, guitar riffs, and bass that move the song along quickly, with highlights of notes that rise and fall in the background like a distant landscape twinkling with lights.

Best Blues is seriously good listening. And, lucky for us, Small Black will be in town next Monday. Minimalist composer and producer Bayonne, who weaves deeply complex themes out of elements defined by their simplicity, opens. The show starts at 9:30 with doors at 8:30. Tickets are $10 and available online. Or, share this post on Facebook and tag a friend you'd like to come with you. We'll announce a winner on Sunday at noon!