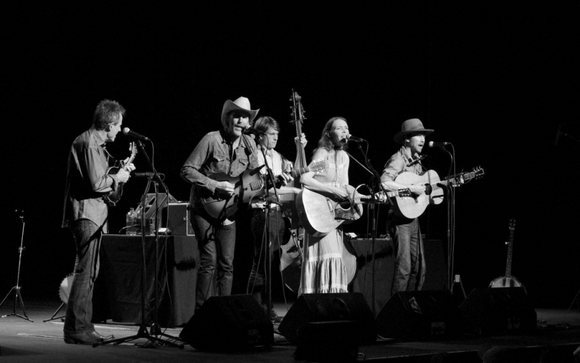 Here's your chance to win a pair of tickets to see the Dave Rawlings Machine with Gillian Welch at The Orange Peel on April 24.

The show was just announced. (The Earl Sweatshirt show that had been scheduled for this date is moving to August.)

Willie Watson will open, and other potential special guests are going to play a run of surprise shows next week, according to The Peel.

Rawlings tours with Gillian Welch, his partner in life and music for 20 years. Welch is known for her sometimes dark lyrics, while Rawlings makes his mark with incredible instrumental pieces. They have played sold-out shows to appreciative audiences in Asheville over the past few years.

The Machine is also known for having special guests play in on sets. Members of the Punch Brothers and Old Crow Medicine Show have jumped in, as has Led Zeppelin legend John Paul Jones.

Tickets can be purchased on Monday here and will sell out fast. But if you want a chance to win a pair of tickets, just comment below.