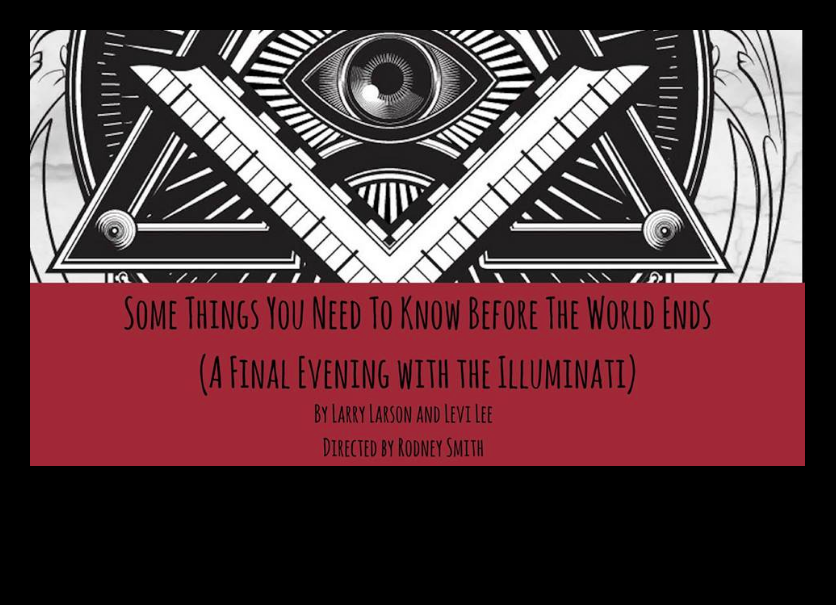 Another great new work to check out. Here's the press release:

By Larry Larson and Levi Lee; Directed by Rodney Smith

Set in a bombed-out, post-apocalyptic sanctuary of an abandoned church; the Reverend Eddie (who’s grip on reality is admittedly questionable) prepares for a final worship service, before the world ends. Abetted by his faithful helper, the hunch-backed Brother Lawrence, Reverend Eddie first embarks on a series of wildly funny skits in which Saint Paul and Saint Timothy discuss the shaky position of women in religion; an applicant for sainthood agonizes over what form of martyrdom to pursue; and the Reverend challenges the Devil to a final showdown on the basketball court. Throughout, there is the unseen but undeniable presence of “The Illuminati,” a mysterious but all-powerful force which guides the destiny of what’s left of the world. First produced in Louisville, Kentucky at the prestigious Humana Festival of New Plays, this is the first production of Lee and Larson’s comedy in Asheville.

The production opens on July 5 and continues through July 14. Performances are 7:30pm on Thursdays, Fridays, and Saturdays. There is a 2:30 pm performance on Sunday, July 8. Tickets range from $12.00 to $16.

The production is being directed by Magnetic Theatre Associate Producer, Rodney Smith, and features Asheville-area actors Darren Marshall as the Reverend Eddie and Scott Fisher as Brother Lawrence. Elizabeth Ziegler is serving as the scenic and props designer. Costume design is by Kayren McKnight and Jason Williams is designing the lighting.