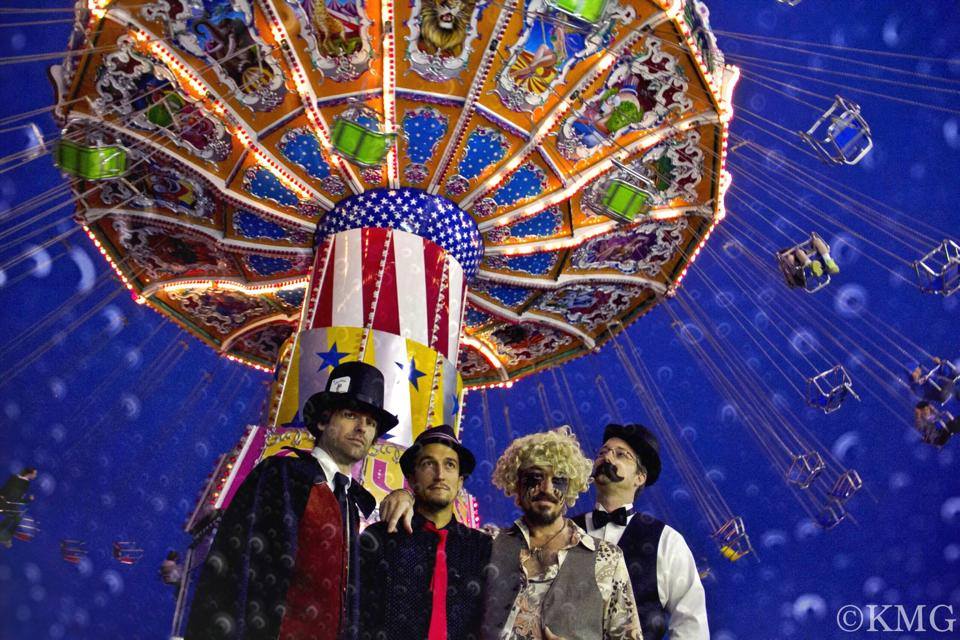 Known for their high-energy stage theatrics, local vaudevillian band Plankeye Peggy debuts their first album Let’s See What We Have Here this Friday at West Asheville’s favorite late night digs, The Mothlight. If you’ve seen them live, you’re in for a real treat with this debut. Much like their live performance, the album takes you on a dark rollercoaster ride, lifting you up by marionette strings into a Labryinth-like world fueled by twinkling keys and hard hitting drums and layered with lead singer Danny Tetrault's distinct Claypool-esque lyrics.

In fact, the album finds a Primus sound throughout with “The Tale of the Antler Publin Kraken" most distinctly hitting a very Brown Album Kalamazoo rhythm yet layered with keys, horns and heavy bass. If you’ve seen them live, you’ll definitely recognize "Chicken Stock," a classic vaudevillian style song with Tetrault's brooding lyrics driving a perfectly plucked circus surf-rock guitar. Oui Mon Bra brings the evening circus home starting with the traditional theme and going full fledged into the night with fire blazing, hoops twirling and a wild fury of drums, strings and keys fueling the entire affair before it secretly saunters into the evening, kicking off its fishnets and removing all its makeup, leaving nothing in its trace.

Don't miss the chance to grab their debut album and see them perform it live tonight, March 18th, at the Mothlight with Wasted Wine, plus jugglers, painters and burlesque performers & more!