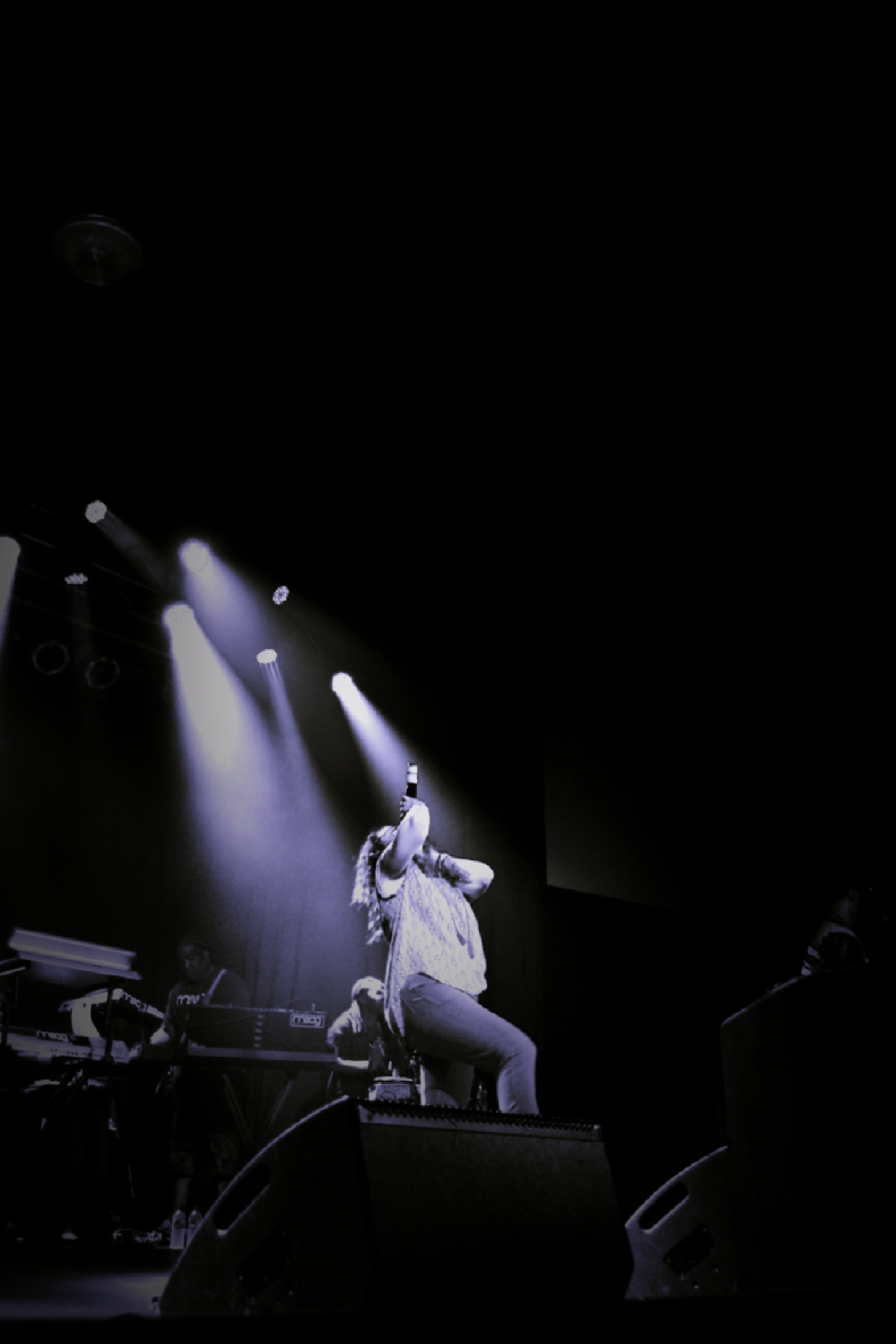 Iconic hip-hop group Digable Planets took the stage at the Orange Peel last week and put on a kick-ass show worthy of their reputation. Attendants of the sold-out show packed the Peel to capacity, and we danced hard in whatever space we could use. Though the giant fan was on, the heat rose steadily throughout the evening. But the rising temperatures were just as much metaphorical. The energy was high and the music was on fire.

At its core, Digable Planets is Ishmael "Butterfly" Butler, Mary Ann "Ladybug Mecca" Vieira, and Craig "Doodlebug" Irving. The were joined on stage by musicians who helped create the vibe and flow of the night on everything from Moog synthesizers to drums and guitar.

Camp Lo, another classic hip hop group, opened for Digable Planets, and the match couldn't have been better. They were worth the price of admission and put on a high-energy show. Camp Lo hails from the Bronx and is the dual vision of its two members, Sonny Cheeba and Geechie Suede. Their breakout single, "Luchini (This Is It)," is, like Digable Planet's songs, part of the fabric of my youth.

The concert was a trip down memory lane for old-school fans and a revelation for new generations. The requisite amount of fun was poked at fans in their 40s and older, who, as DP noted, probably stayed out past their bedtime for the show.

The venue was packed, but the crowd was all love. As the group expressed how much they loved Asheville, we all felt a little sense of belonging and pride. We're all hoping that Digable Planets comes back soon (and in the meantime, we'll be on the lookout for Shabazz Palaces, yeah?).