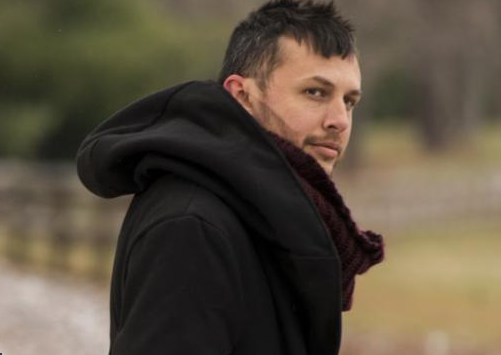 A Path Untold is the solo project from Aligning Minds’ Daniel Merrill, whose new album, Secret Subtle Light, will be the first release off of Aligning Minds Recordings. Not only is this AMR’s first release, it’s also the first project from A Path Untold. It’s a lush, expressive record that’s ethereal, psychedelic, and atmospheric in a way that the best dreams often are.

Listening to the album is like traveling down that untold path. It’s a journey of self- and world-discovery that charts new sonic territory. Individual songs are like steps on this path, and they come together into a unified whole that invites repeated listening. Secret Subtle Light is an album that can take you into the innermost recesses of your mind and just as quickly bring you back out to take in the wonders of the world around you. While it’s perfect for daily rotation, it lends itself to deep, extended listening sessions that allow you to explore the layered, textured expressions that come together in each song. The album is also filled with elemental traces, invoking water, air, earth, fire, and spirit.

The album opens with “Consciousness Aqueduct,” which sets the tone for what’s to come. Filled with watery sounds—drips, trickles, and rushes—the song transports you into a fluid space that, as the title promises, seems like a channel for consciousness itself. While that might sound a bit heady, the experience of the track and the album overall is in fact very bodily. Sounds flow like water and each song slips effortlessly into the next. The second track, “Empyrealms,” continues this theme but speeds things up. If you weren’t dancing already, the odds are high that you’ll start when you hear this song. There’s a sense of movement in this track, with quick droplets of sound that build and then break into soaring, open chords held together through the consistent deep currents that connect underneath. The next track, “Inwardly Majestic,” is a synesthetic song that conjures up images of shapes that form and reform based on the vibrations created by the beats.

This album is full of songs that are equal parts tranquil, flowing, and transcendent. One of my favorites, “Sansing’s Glimpse,” also has a large element of mystery. An ethereal voice floats over cascading sounds as percussion threads its way through the depths of the sound. Listening to this song—and many on the album—is akin to something almost ritualistic. The music is effortlessly mystical, woven together with an organic aural magic. For me, this track is really where the album hits its stride. It’s as if we’ve been on a path that has suddenly opened out to reveal a new vista that stretches far and wide. The next song, “Triangle Games,” continues this mood, but in a quiet, meditative way. It’s an interlude that comes halfway through an album that is otherwise beat-driven, an ambient piece that invites solitary reflection.

The album picks back up after this track, but the next song, “Shifting 9’s,” finds a balance between the ambient and the bodily rhythm of dance. It’s filled with sounds that are slightly otherworldly, with a touch of science fiction. While the other songs are psychedelic in a way that feels connected with nature, “Shifting 9’s” feels somehow more scientific, grounded in equations rather than the movements of the waters or the influences of planets. The next song unites these two perspectives. Titled “Shifting Earth,” it manages to be both cerebral and spiritual, grounded but exploratory. Haunting vocals weave in and out, at times almost inaudible. The layers present in each song are a testament to the terrific talent of the producer. They’re never overwhelming; rather, each new sound enriches the tones around it, shifting your listening focus in unforeseen ways and revealing new depths.

“Ki No Kaze” (Japanese for “wind in the trees”) follows “Shifting Earth.” The song samples a section from Eckhart Tolle’s The Power of Now :

It felt as if the void was inside myself rather than outside. Suddenly, there was no more fear. I have no recollection of what happened after that. I was awakened by the chirping of a bird outside the window. . . . I saw the image of a precious diamond. Yes, if a diamond could make a sound, this is what it would be. . . Without any thought, I felt, I knew, that there is infinitely more to light than we realize.

The sample, spoken in a soft British accent, clarifies not only the core of this song, but the heart of the album itself. It’s a reverential journey through the elements of nature, which are the same materials that we ourselves are made of.

Secret Subtle Light is out October 13th, and you’re going to want to get your hands on it as quickly as possible. And there’s an added bonus—visual mixed-media artist Toby Verhines collaborated with A Path Untold to create a uniquely beautiful art package that will accompany the album (check out the stunning, gorgeous cover art). The whole shebang will be available through Bandcamp as a pay-what-you-want-release, with physical copies in the works. This is a chance to support the incredible vision of many artists in collaboration—from Aligning Minds Recordings to Verhines and, finally, to A Path Untold, who, we can rest assured, has many more walks ahead.