A New Year's Eve in Asheville

A New Year's Eve in Asheville 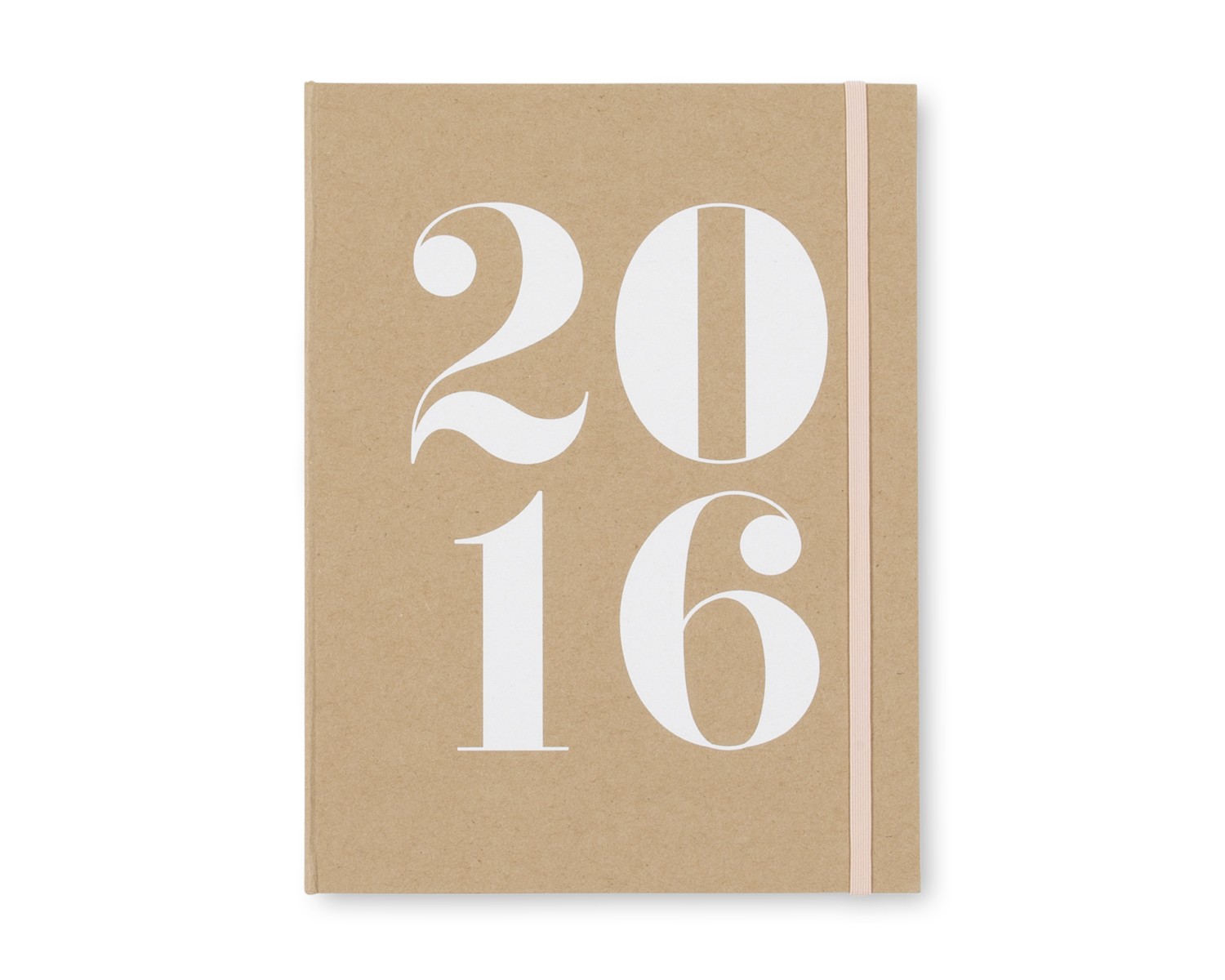 It was the night before 2016, when all through the house, my laundry was folded….and I didn’t want to go out.

But I did. And here’s my story.

I’ve been dating a musician in Asheville for the last two years. He’s handsome, laid back and has played a concert every New Year’s Eve since I’ve known him, and this year was no exception. But to be honest, I’ve blown him off the last two years to ring in the New Year with friends and family. Because I’m a wonderful girlfriend who waits by the back door at all of his concerts, while making small talk with Penny Lane about her new crop top. Yeah, right.

So I knew this year, I had to be there.

The concert was at Asheville Music Hall and the lineup was killer. I arrived a little after ten, but not before dealing with the saga that was finding a parking spot. I entered downtown via Patton Avenue and drove half a mile before I encountered my first tourist. You can always tell a tourist from a local, because locals aren’t assholes. She was dressed like she had just escaped from a fraternity party and her hairspray had clearly failed her, because she kept twisting her loose curls with her index finger, trying to maintain whatever dignity they had. She was by herself, trying to cross four lanes of traffic, in four inch heels and holding a glass full of something. Every single moving car that saw her immediately halted while this baby deer of a woman searched for her mother. Or the nearest trash can. But before she made it to other side of the street, a chubby guy in a three piece tuxedo came barreling out of the Thirsty Monk, charging full speed ahead, to pick up the girl and carry her back inside. Yes, I said carry.

After the beautiful reminder of what alcohol can do to a person washed over all of us, we put our cars back in drive and carried on. I drove aimlessly through downtown for twenty minutes. Twenty minutes. Twenty freaking minutes. Past every full parking garage and legal and illegal parking spot.  Past every business that was closed, hoping I could find any spot. I even contemplated going home and devouring the block of white cheddar cheese I had in my fridge, but alas, I found a spot in South Slope. I carefully maneuvered my way into the last spot in a sketchy gravel lot. I fell out of my car, only to be greeted by the first night of winter’s air, at a balmy twenty-five degrees. I threw my coat on, grabbed my fake Chanel and headed toward the music hall. Along the way I was stopped by two lesbian couples asking for directions to the nearest bar, where they could, “get some chicks and not any dicks.” As well as two tourists needing directions to the closest Starbucks.

I directed the ladies to the only gay bar I knew in town and had to disappoint the caffeine obsessed by letting them know that downtown Asheville prides itself on not supporting big chains. So, the only coffee they would be getting was a $7 latte served by a pissed off hipster with ironic tattoos and a PhD in Russian Literature.

I finally made my way to the door of the Music Hall where I was quickly reminded of how much I missed my couch. There was what appeared to be a thick layer of fog inside that was either the effects of a smoke machine or in fact actual smoke. The herbal smell of the place quickly answered that question.

As I walked to the front table to give the tiniest bouncer I have ever seen my name and ID, my boyfriend appeared from the smoke like a not so sexy, sweatier version of James Bond. I was ushered in, feeling slightly fearsome and cool for a split second.

I made my way through the crowd of people, dodged the girl hula hooping, wiped sweat from my brow, and then I suddenly noticed something. This party had a theme. A masquerade theme. A fact someone had failed to mention. Strike one, boyfriend.

I immediately decided I needed to use the bathroom, not because I actually needed to use the bathroom, but because I needed to make sure the makeup I reluctantly applied an hour ago hadn’t melted off yet. Did I mention the place was easily seventy-five degrees?  I reached the back of the house, found the ladies room and the stereotypical long line that always accompanies it. I pulled my phone out to check my email and to avoid making small talk with the girl in front of me, who so clearly wanted to. She was wearing a mask with a bird’s beak on it that was surprisingly terrifying yet beautiful. Ever so Fifty Shades of Grey, she removed the mask, whipped her jet black hair behind her ears and smiled at me so hard I couldn’t help but look up from my phone and smile back. Without missing a beat, she chimed, “So are you having a good time?”

“Besides the heat and the smell, I’m having a wonderful time. You?”

“It is warm, but I’m trying to embrace it. That’s my goal this year, to embrace the unwanted and challenge myself.”

Wow, I thought. This girl is sweet.

She smiled again, and began to place her mask back on her face, adjusting her high heels and as a bathroom stall opened up, she looked back at me, her green eyes peering through her mask and in the snarkiest tone I've ever heard said, “Have fun tonight….and I loooove YOUR mask.”

She floated into the stall and I stood there, not even sure as to what just happened. Was that an insult? Did she think my face wasn’t adequate? Did she know I had no clue this was a masquerade? Probably not, because people only think about themselves. I was so confused

I quickly did what I came to do. Washed my hands and exited the ladies room, still perplexed. I began walking back towards the stage to get a better view of the band, and noticed a man wandering around the place with an open joint in his hand, asking people for a light. At this point, nothing fazed me.

My boyfriend’s band was up and I did my best to get as close to the stage as humanly possible. I made it to about the third row when the music started. And almost instantly people began dancing.

I do not dance. It is something I just do not do. Not because I’m weird or anti-social about it (I am weird and anti-social), but I just do not dance. I think it stems from attending a Christian high school, where our prom consisted of eating dinner and going home. So I never got to do the awkward first dance bullshit most kids get to do, and now I’m forever scarred because of it.

Little did I know, I would be scarred more than I could imagine later that night. Cue the gay man.

The first song was halfway over when a well-dressed, seemingly sober man dancing by himself in front of me decided to ruin what little fun I was having. Out of nowhere, he wrapped his left leg around my right leg and began to rub his entire body down mine, so fiercely you would have thought he had poison oak; and the faster he rubbed, the quicker the itch went away. I was so shocked by what was happening, I stood there paralyzed in fear for what felt like a solid minute and a half, trying to hold my balance with my other leg that wasn’t being occupied. As soon as I gained my composure, I shook him off like fresh dog shit on my brand new shoes. Metaphorically speaking, that's what was going on.

I did my best to get away as quickly as possible and retreated a few rows back. At this point, the New Year was twenty minutes away, and I told myself I could make it.

Until, a bitch grinded on my fake Chanel.

I really don’t understand grinding. I just don’t. It requires calf muscle and rhythm, and a lot of people don’t have both, so we should all just agree to stop it. It’s just the worst form of body movement. Right next to Crossfit.

Anyway, as soon as I realized what she was doing, I snatched my purse out from under her little black dress, and proceeded to find another place to stand where I wouldn’t be bothered by people. I was pretty sure at this point my resting bitch face and completely sober body movements were a sure sign I did not want to dance… at all.

I found yet another spot to stand. At this point was so scared of being attacked by another stranger, I found myself dancing…no--wait, I was rocking, back and forth. In fear. Like that time I gave an oral book report in seventh grade and rocked front to back the entire time. I guess that’s as close to dancing as I will get.

As the minutes seemed to countdown slower than ever, I heard a guy behind me start yelling, “10…9…8!” The band continued to play over him and the entire crowd soon chimed in with the countdown. Completely unaware of what the actual time was, I began counting as well, until the asshole started laughing and chugged the rest of his PBR as we all realized it was only 11:57.

The band slowed down and as we all counted down properly, the New Year rang in and couples all around kissed, groped, moaned and spilled drinks everywhere. And there I was, a witness to it all, standing alone. Fake Chanel. Scarred mind and body. Sweat dripping from my arms.

But only for a brief moment. My boyfriend came barreling offstage, out of breath, and gave me my first New Year’s kiss ever. Yeah, I know, I’ve never had one before. Raise your hand if you’re a late bloomer!

It was perfect, sweet and short, just like him.

He hugged me, said something into my ear, but I was too preoccupied with excitement that someone was touching me appropriately for once that night. He made his way back on stage and began playing again as the crowd unanimously decided to call it a night. Everyone began to drink their last sips and exit the building. For the first time that night, I could see the floor in front of me. I took a deep breath in. The smell of body odor and illegal drugs washed over me, and I knew it was all going to be okay. I was in Asheville and I had never been happier.

As I walked back to my car, I heard the cries of outraged Uber customers, girls not wanting to leave, and guys wanting to get a smoke. I was never more excited to be going home. I got in at around 1 am, put on some sweats, grabbed that block of white cheddar and plopped onto the couch.

It was good start to a New Year.