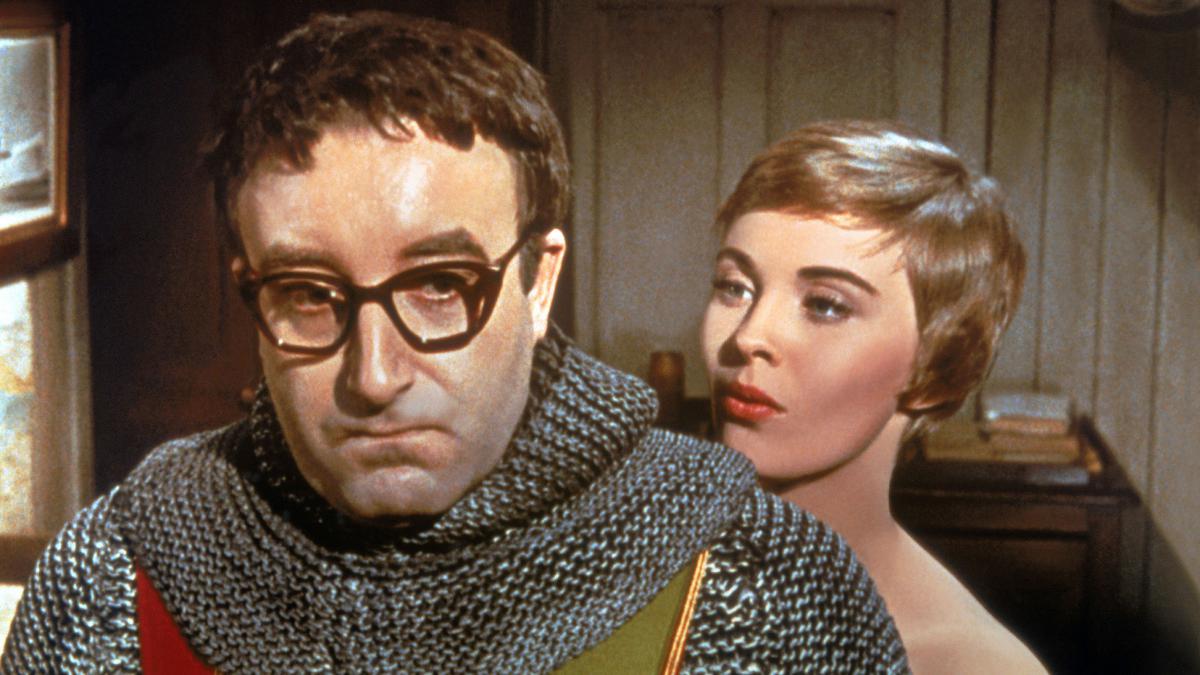 Director Jack Arnold is better known for sci-fi and monster movies like The Creature from the Black Lagoon (1954) and The Incredible Shrinking Man (1957) than he is for comedies. With that being said, it’s not his name that comes to mind when mentioning The Mouse that Roared anyway, so it’s just as well. This is, of course, a Peter Sellers film regardless of who directed it or who co-starred. The Mouse that Roared was a surprise hit upon its release and is arguably the vehicle which began Sellers’ launch into international stardom. It was the first film in which he played multiple characters (something that would become a sort of trademark for him), with mixed results when compared to his second, Dr. Strangelove. Despite its flaws, it manages a lot of laughs and has a clever, subversive attitude towards the Cold War and America. 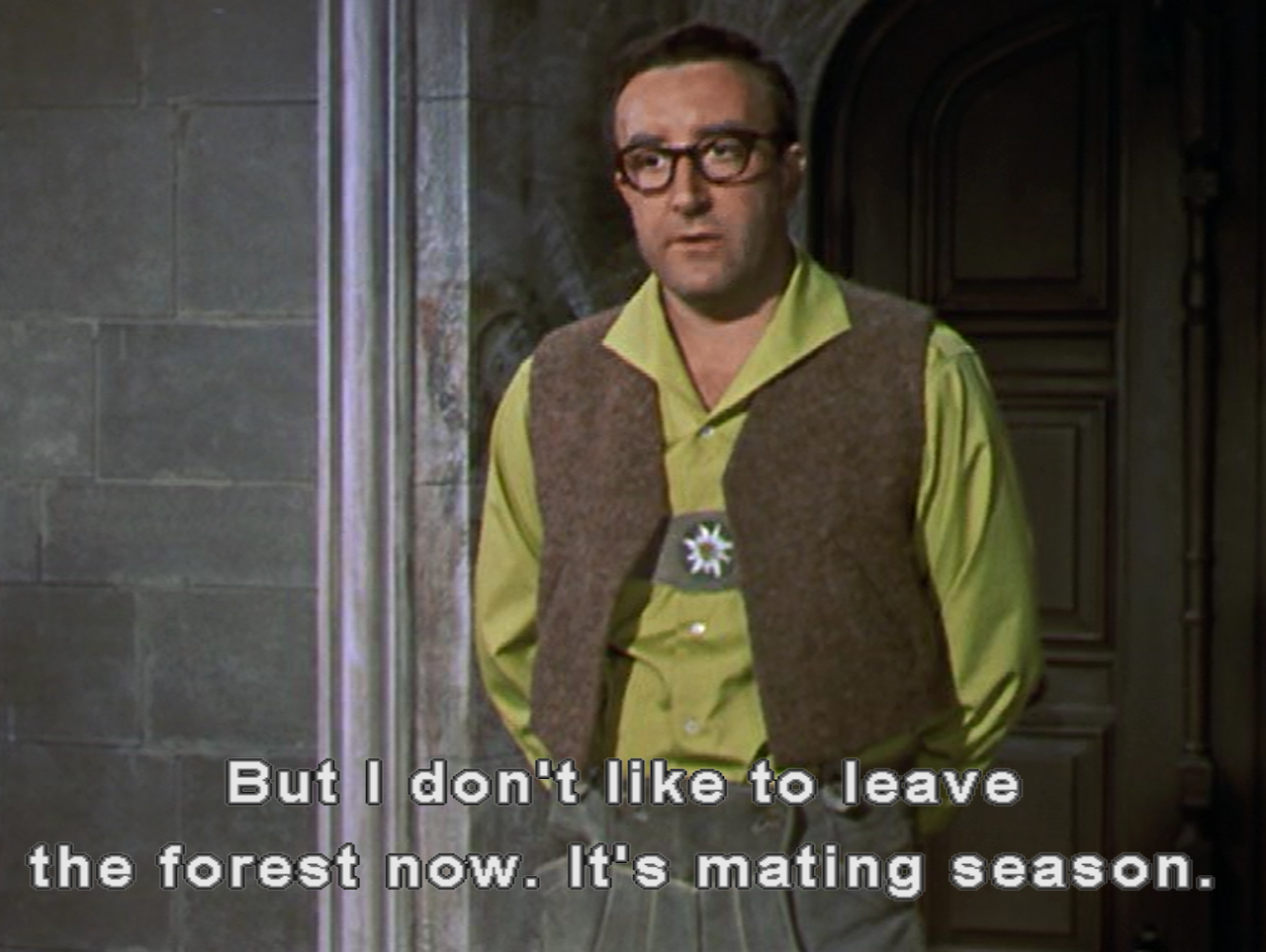 When looked at through a modern lens, The Mouse that Roared has a few problems. The awful rear projection special effects aside, it makes some weird references to European women’s eagerness to succumb to the whims of American G.I.s. It also features one of those movie moments that I hate (and that still happens). You know the one: the female lead despises the male lead for the entirety of the film. Suddenly, she falls in love with him when he grabs her and kisses her to shut her up. “Gasp! Turns out I loved you all along!” Ugh. I’d like to think the movie business has come a long way since 1959. Unfortunately, it hasn’t. 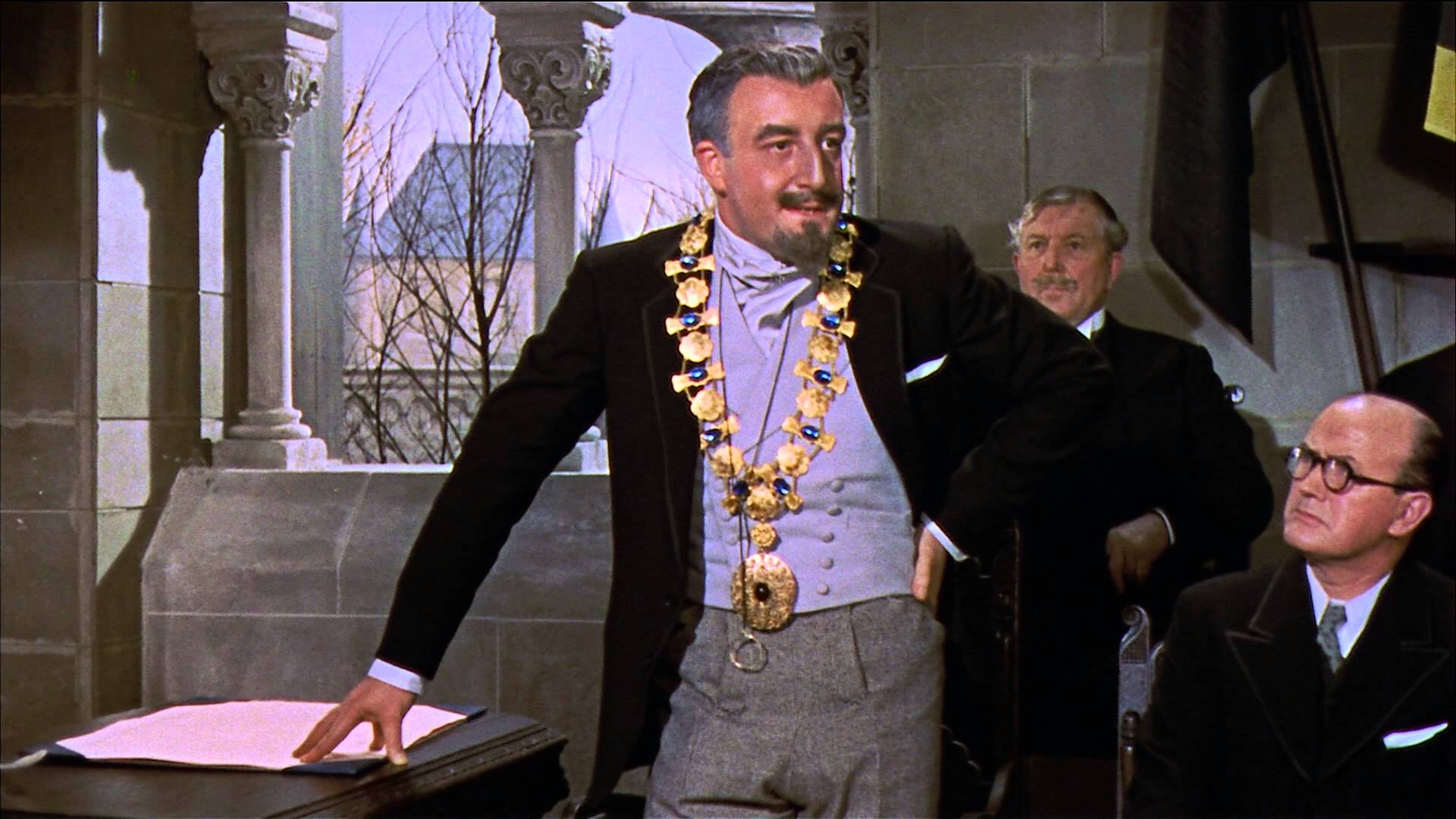 Moving past the male piggishness, I can honestly say that The Mouse that Roared feels more like a Looney Tunes cartoon than any other non-animated movie I’ve ever seen. I’m not exactly sure it this is a good thing or a bad thing, but at least it’s a thing. It has that same absurd quality as the old Saturday morning cartoons did (off-kilter period costumes, bumbling buffoonery, and loud, garish music). I kept expecting Bugs Bunny to burrow up from the ground to declare he should have taken a left turn at Albuquerque. There are worse things you can compare a comedy to, I suppose. 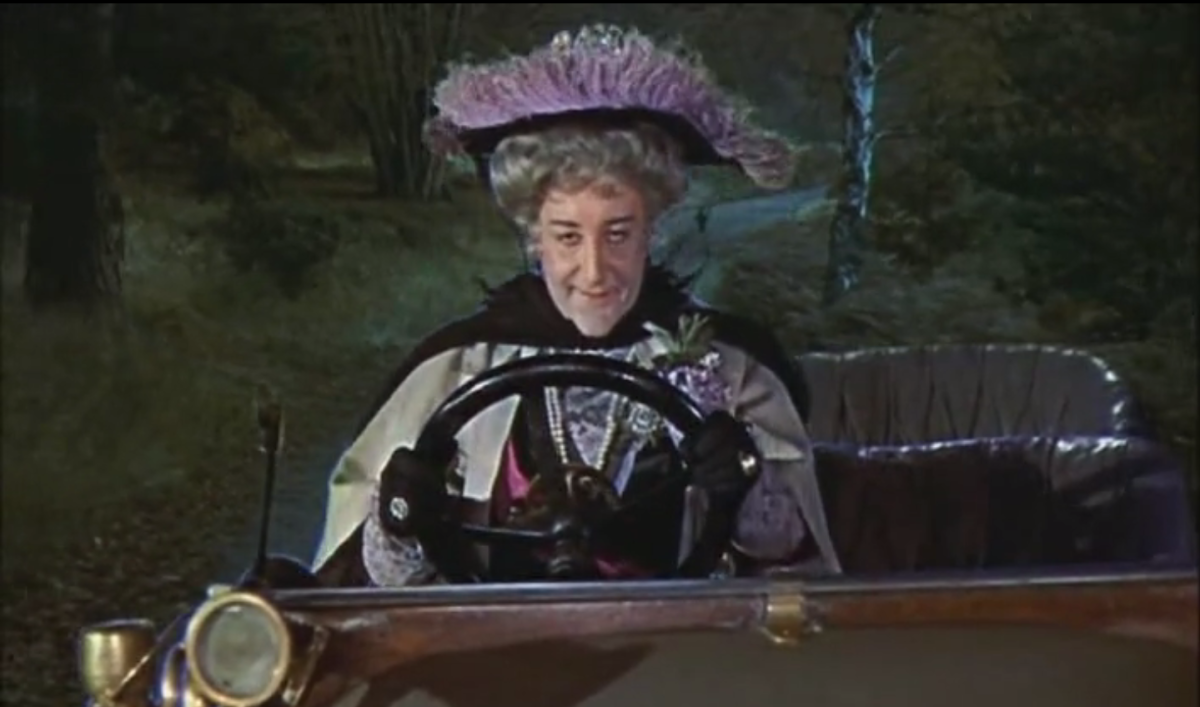 The plot is the best part. The tiny European country of Grand Fenwick is bankrupted by an American wine company. They've successfully imitated their chief export and flooded the market with a cheap knock-off. The Prime Minister (Sellers) has hatched a scheme to put the country back in the black. They will invade America, immediately surrender, then capitalize on the superpower’s Marshall Plan style largesse. The Grand Duchess (Sellers) agrees to the plan, and nebbish game warden Tully Bascombe (Sellers) is tasked with leading the invasion. From there things head into the realm of absurdity, but with a healthy dose of world socio-economic and Cold War criticism. If you’d like to get down to it, The Mouse that Roared disassembles the pure foolishness the arms race produced. It may be a farce, but it’s not subtle, and it’s good at its job. 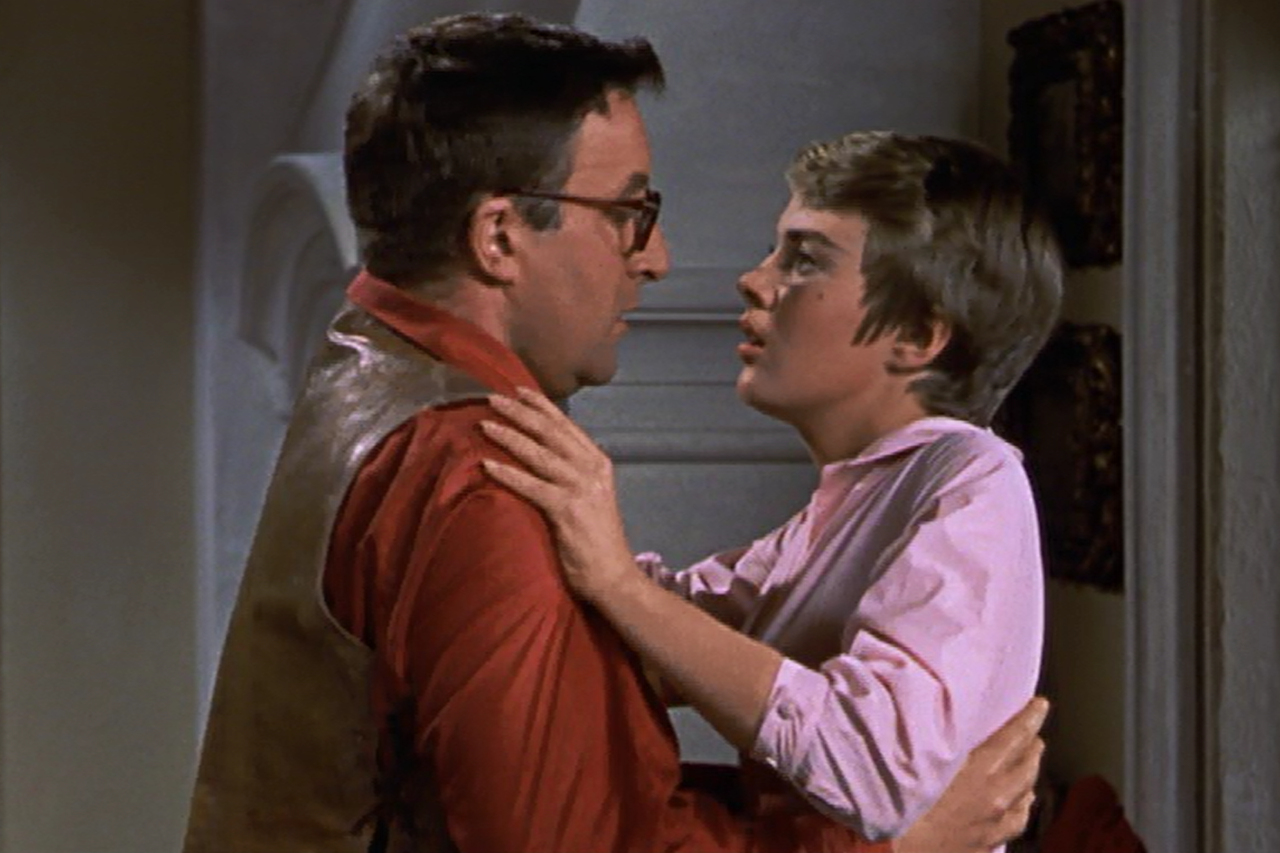 It’s interesting to see Sellers navigate the territory laid out in The Mouse that Roared. While he may still be honing the comedic genius to come, the cleverness working behind his eyes is clear to see. His ability to lose himself in his roles was one of his amazing gifts (and one of his personal curses). Seeing him ply his unique craft in the early stages of his film career is a rare treat. His forthcoming success is evident, if not completely developed yet. Co-star Jean Seberg is another actor whose talent wasn't quite realized by this point either. Her breakout role in Godard's Breathless was still a year away, but she must have learned a lot in the interim. Alongside Sellers, she looks like a deer in the headlights. Her blank expression is almost embarrassing to watch. It’s palatable, however, knowing the acclaim she would garner later, and the unfortunate and unfair treatment she would receive from the U.S. government in the coming decades (a story for another time, perhaps). 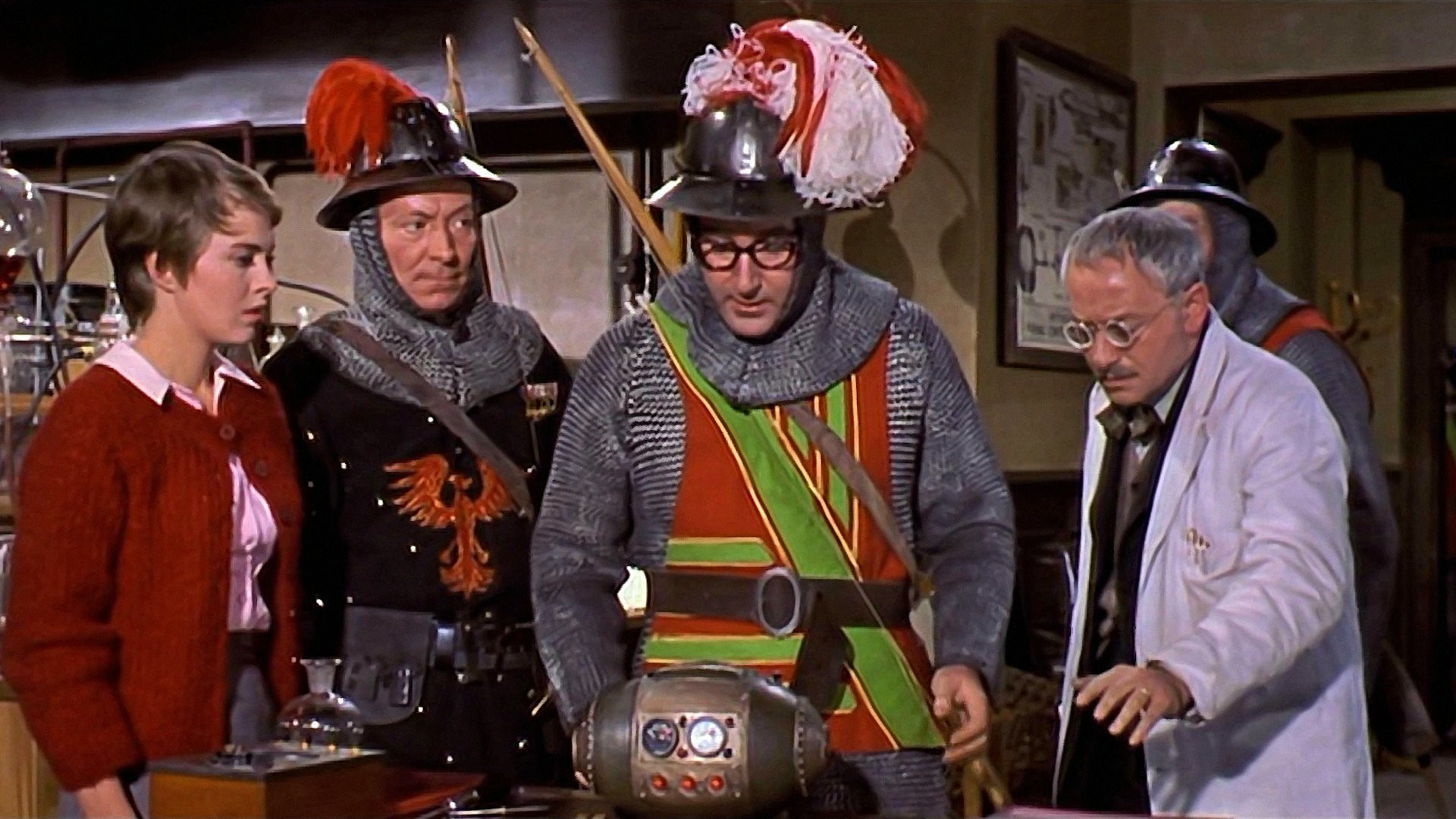 Overall, The Mouse that Roared is worth a look, especially if you’re interested in the life and work of Peter Sellers. In an interesting twist, Sellers would also star in what is considered by many (myself included) the funniest Cold War critiques ever made. Was The Mouse that Roared his trial run for Dr. Strangelove? I wouldn’t go that far, but it does demonstrate his inclination towards the subversive.

The Mouse That Roared is presented by the Fairview Library as the first film in a monthly four-part retrospective of the life and career of Peter Sellers. All screenings will be hosted by The Daily Orca's James Rosario, who will introduce each film and lead a discussion after.