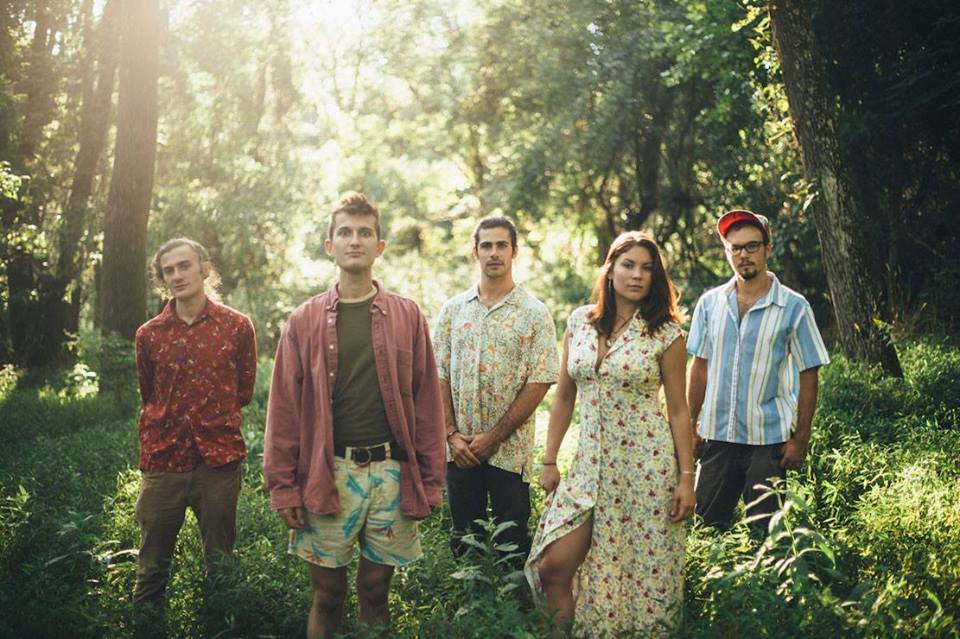 Five-piece band Midnight Snack has been consistently releasing creative, catchy tunes and videos for the last couple of years, and they're starting 2017 off with a new single, "Shadow Chaser." The single is available on Soundcloud today, and the band released a video to accompany it (check it out at the end of the post). Midnight Snack celebrates the release with a show on February 4th at West Asheville's Mothlight.

This track, like many from Midnight Snack, highlights the collaborative juiciness that seems to flow effortlessly between band members as vocals weave in and out over trumpets, percussion, guitars, and synths. The song, inspired by Plato's famous Allegory of the Cave (from The Republic), reflects feelings of powerlessness and fate, but also digs deeply into the connectedness between humans with other humans and with the natural world. The song opens with distorted Vocoder vocals from singer Jack Victor. Clarity emerges vocally and thematically through the song, as the effect is dropped and the lilting voice of Katie Richter is added. It's a beautiful tune that seems to pull as much from previous eras as from the present day.

Tickets ($8/$10) for Midnight Snack's Single Release Show at The Mothlight are on sale here. Indigo de Souza opens, and Machine Speaks will keep the beats flowing later in the night. Facebook event here.

And now, here's the video for "Shadow Chaser"!