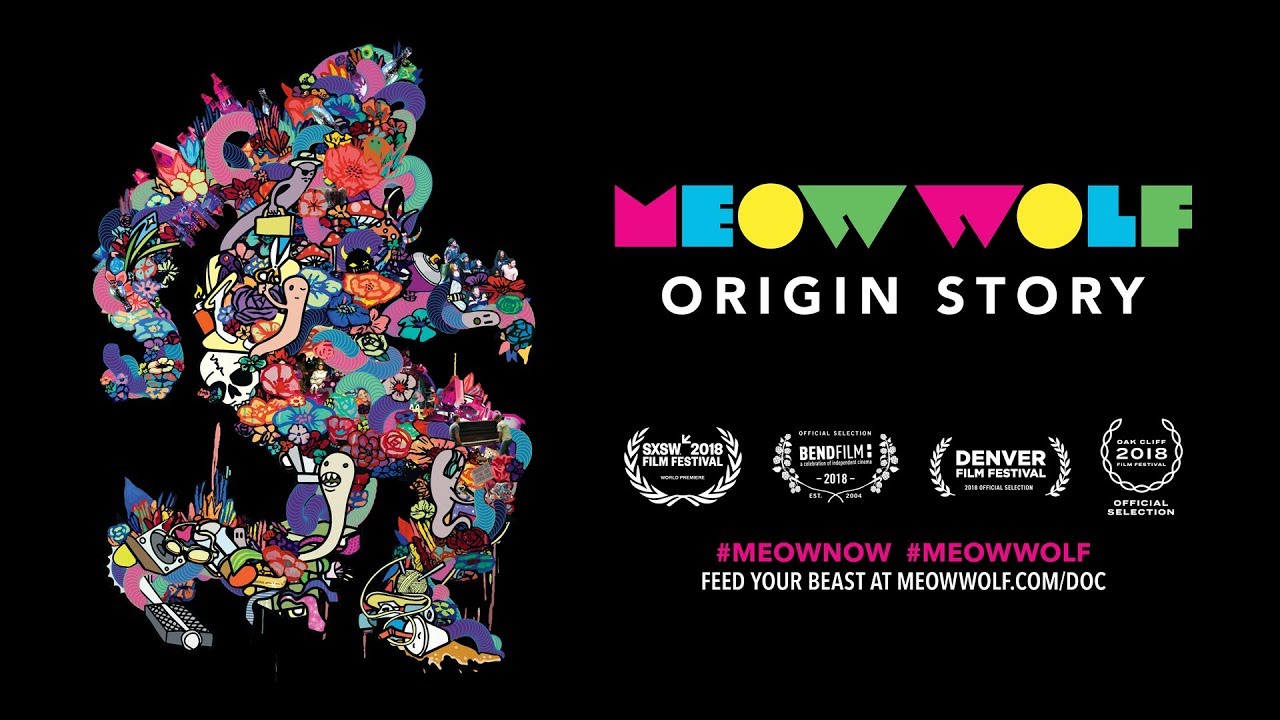 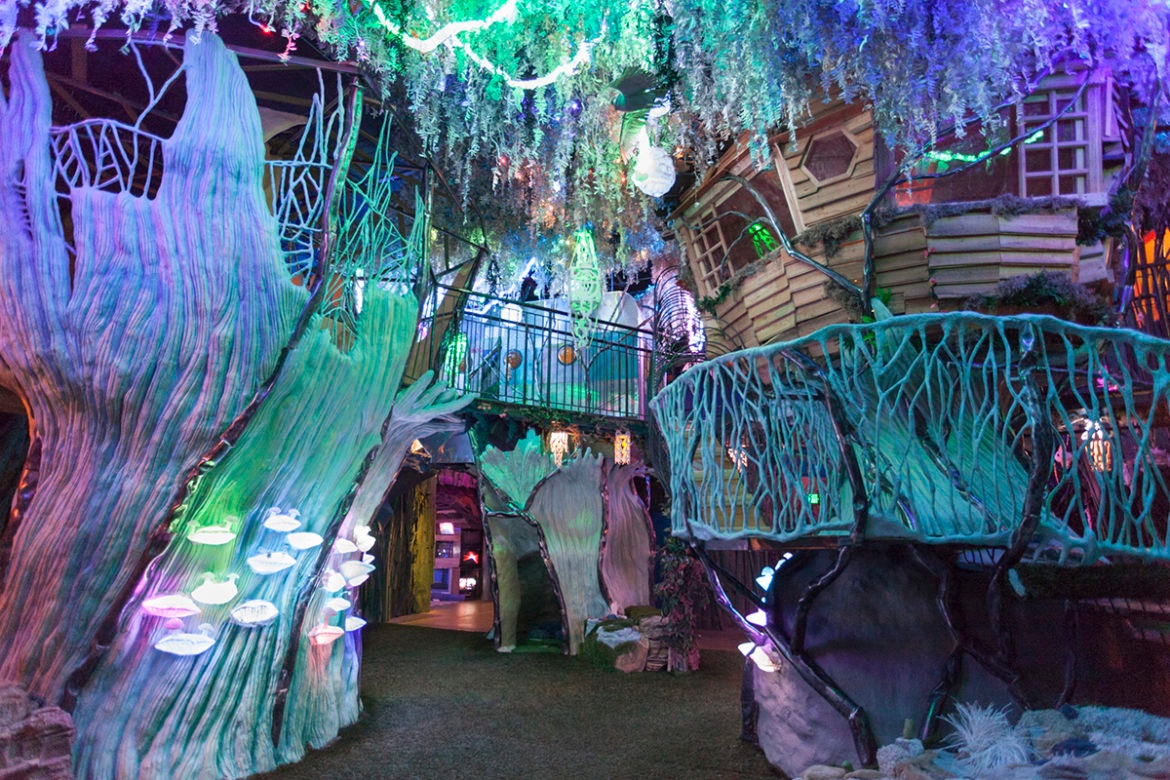 I’m on board with the art, I’m on board with the mission, I’m just not on board with this documentary. It’s a perfunctory commercial for the growing Meow Wolf brand, plain and simple. To call it anything else would be disingenuous. I don’t mind that this film exists - hell, I think it should exist - but it’s an advertisement for an amusement park, nothing more. Don’t get me wrong, I applaud the success of the Meow Wolf collective, but this film manages to betray their stated intentions and ideals, while inadvertently exposing the privilege of the art world they claim to be against. 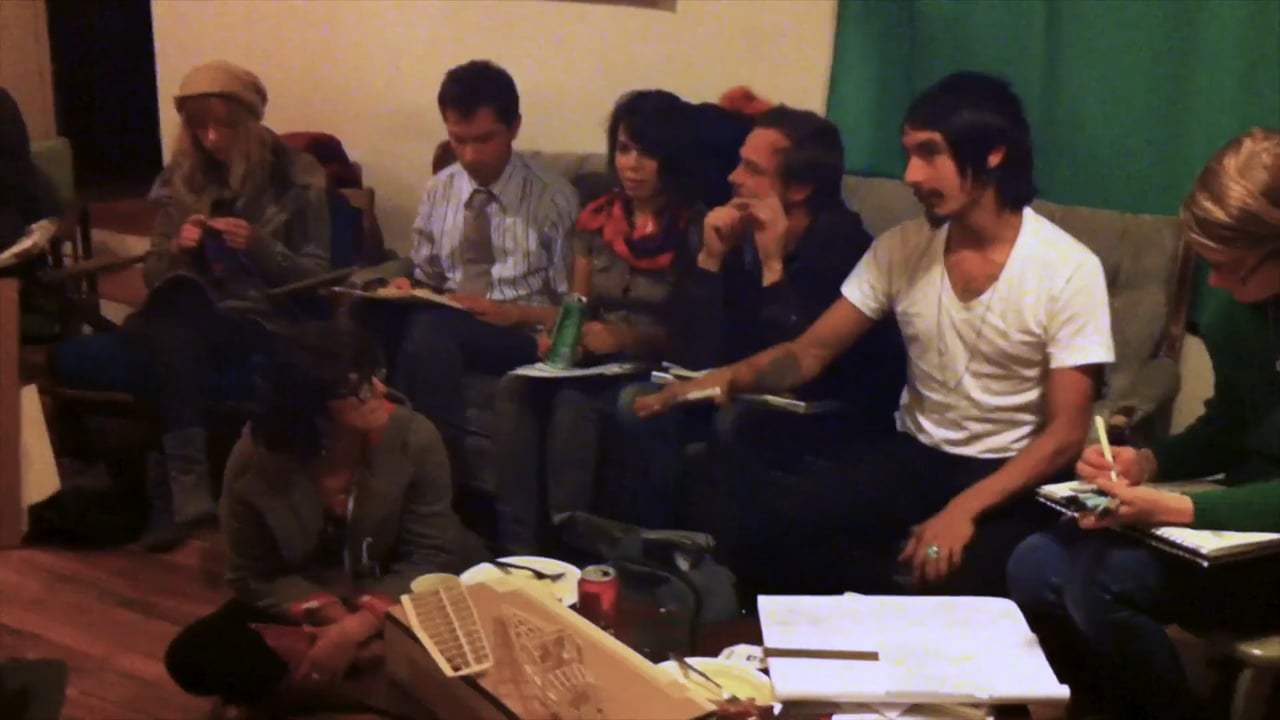 Meow Wolf started as an artist’s collective in Santa Fe, New Mexico. As their ranks grew, so did the scope of their ideas. Eventually, they began creating interactive installations, first in galleries, then in their own space. In an interesting twist, they caught the eye of author George R.R. Martin - a resident of Santa Fe - who began funding them. Fast forward a few million dollars to when they opened the installation that would become their pièce de résistance: The House of Eternal Return. This large-scale exhibit - and the collective’s first permanent one - is housed in an abandoned bowling alley which has been converted into a magical, sci-fi world. 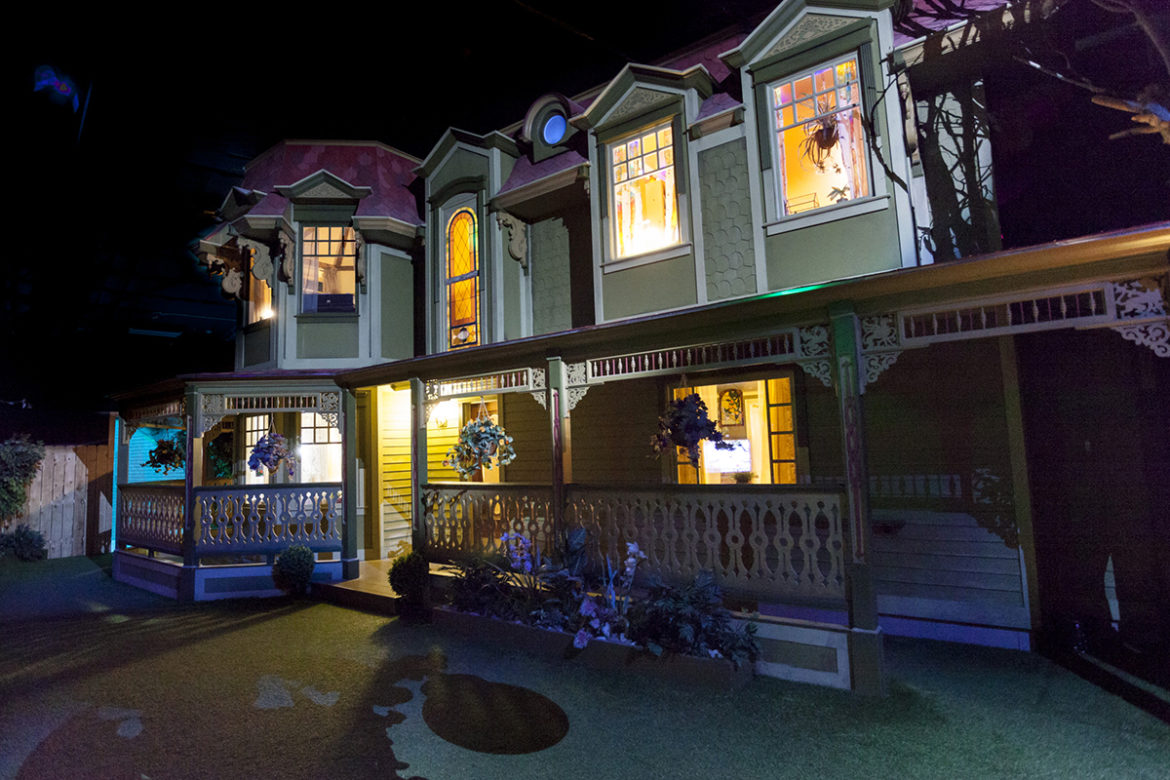 It’s impressive to look at. Imagine it: a full-sized house, with each room being a completely new interactive experience created by a different artist. The footage in the film depicts visuals that conjure everything from Tolkien to Serling, and everything in between. It’s neat, and the accomplishments of the artists aren’t what I dislike about the film. It’s their privilege. 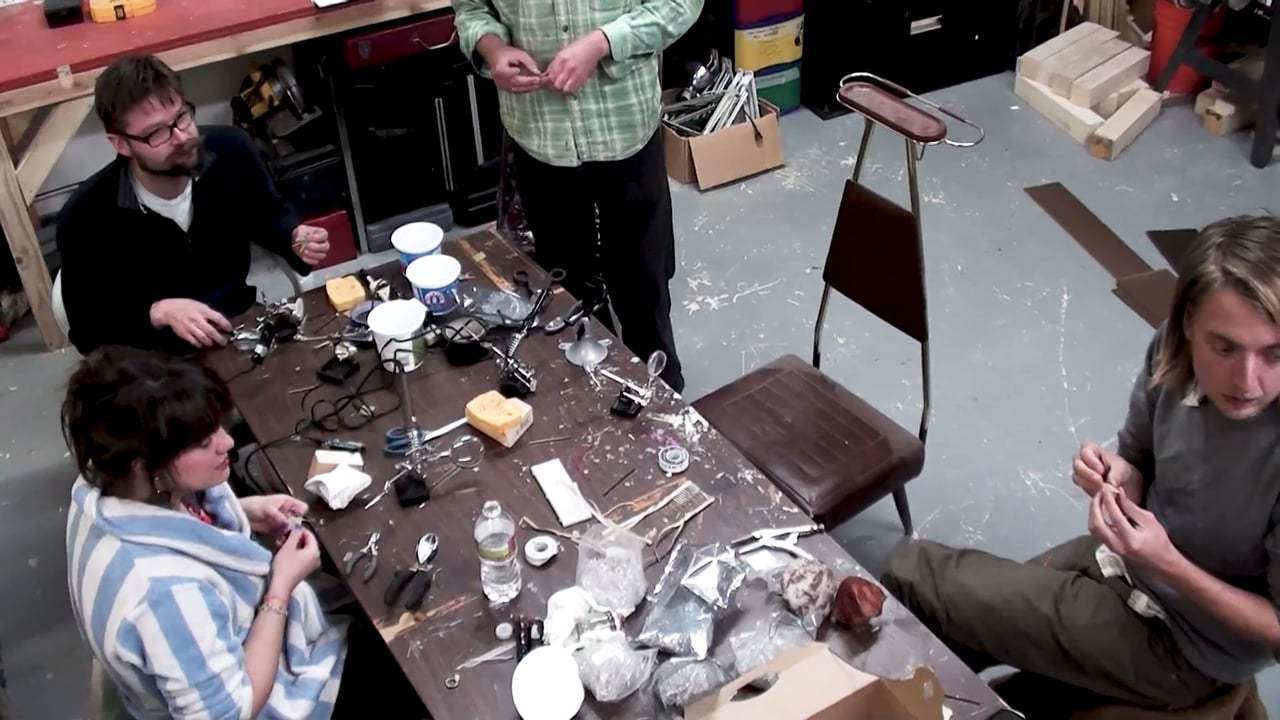 Allow me to explain. Their installation, while spectacular, comes off as a vanity project - something just for fun. There’s no danger of failure, and no downside even if they did fail. I could be wrong, but none of the artists look like they’ve ever been starving (which isn’t a prerequisite for serious art, just an observation), and likely never will be. There’s a safety net that betrays their posturing. If the whole thing went belly-up, would their lives be disrupted or just inconvenienced? 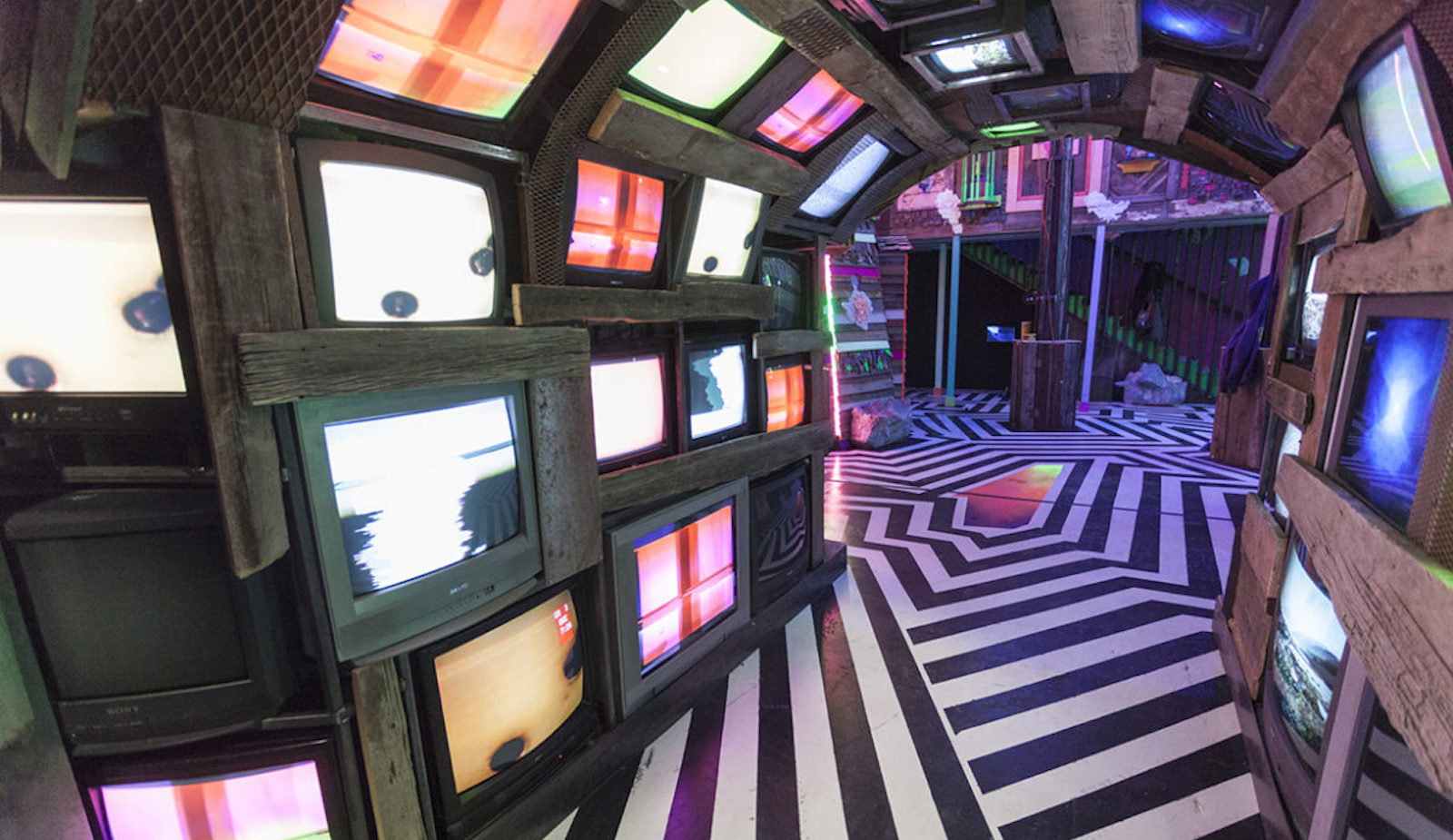 In the end, they succeed - as white kids with financial backing generally do. While everyone else is working multiple jobs just to make ends meet, those lucky enough can coast with no real risk. I understand Meow Wolf’s desire to create something meaningful, but nothing they’ve done appears essential to their survival or their creative spirit. To put it simply, they frequently come off as a bunch of spoiled kids. 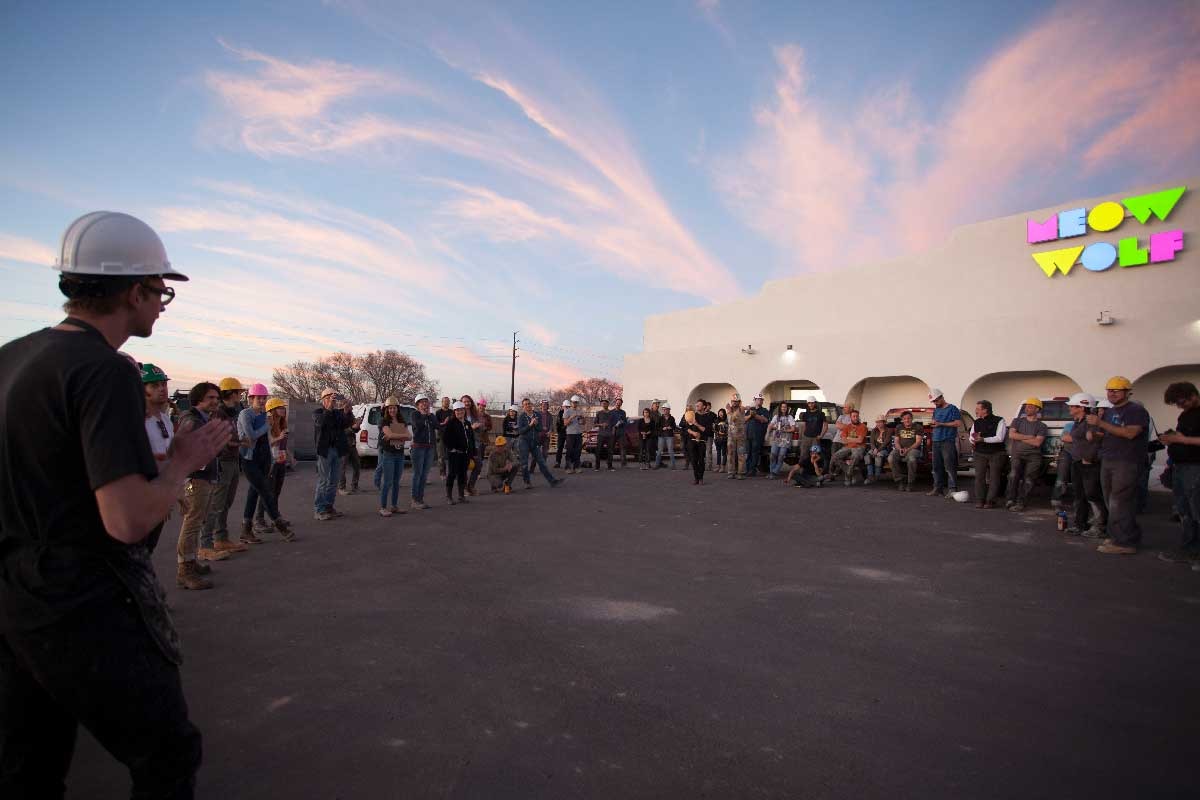 It's a bit desultory, but overall Origin Story is well made. It looks nice, and it appears that this group filmed everything under the sun, giving the filmmakers plenty of footage to work with. This comes as no surprise considering everyone carries a decent quality camera in their pocket nowadays. I can think of 30 people off the top of my head who I know personally that will love this film. And you know what? More power to them. I hope lots of people enjoy it and tell me to go to hell. Artists often rub me the wrong way, what can I say? Maybe that’s why most of my favorite ones are dead. The results I enjoyed, the journey I did not. But, I’m an old grump so what do I know?

Meow Wolf: Origin Story is showing for one night only at the Carolina Cinemark and the Regal Biltmore Grande.  Both screenings are Thursday, November 29th at 7:30 pm.