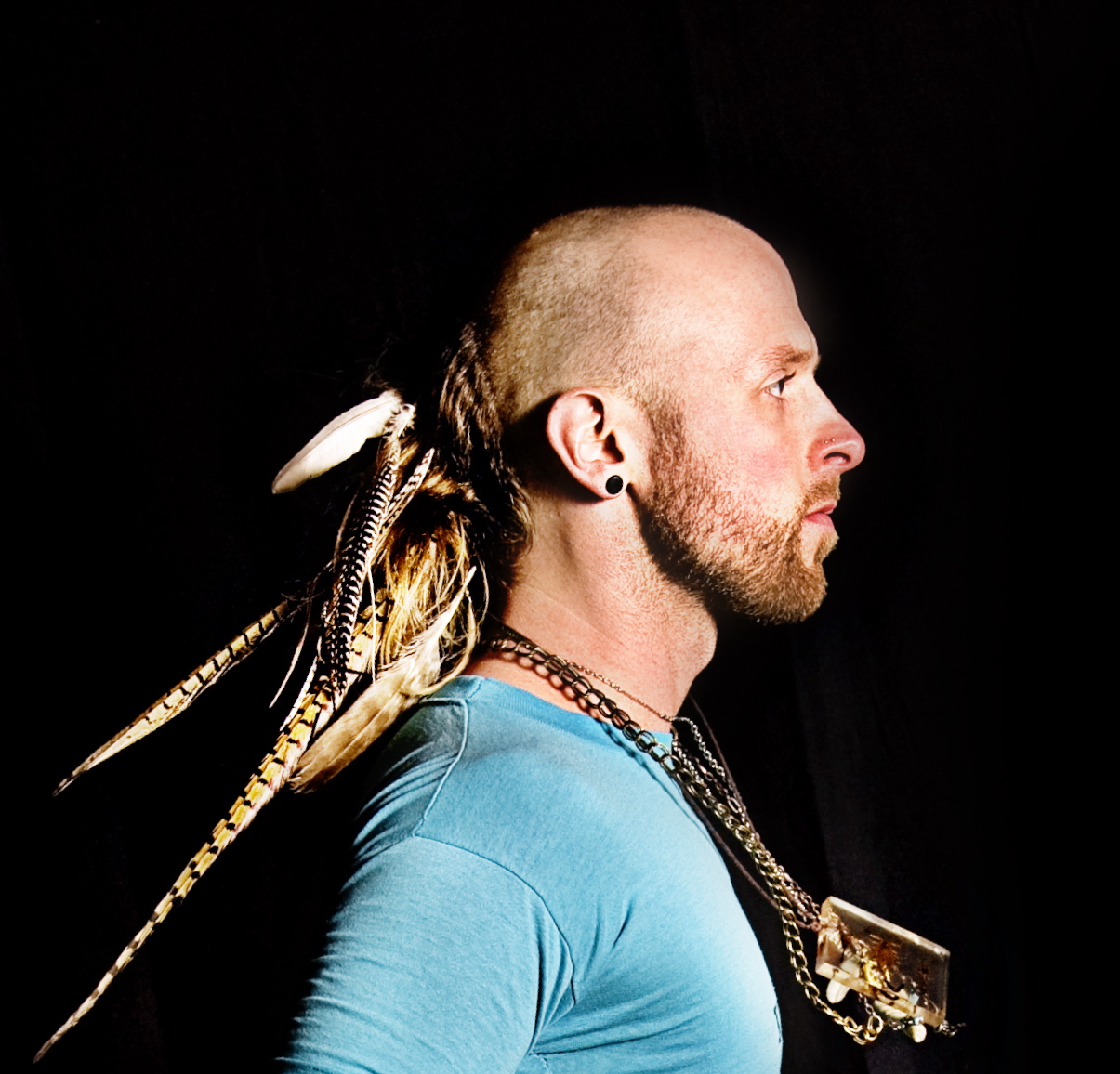 Self-described “mountain boy” and “electronic art rock”-er Luzius Stone is finally unleashing his long-awaited album Electric Dream at his album release party this Friday at The Mothlight. Stone’s idiosyncratic blend of acrobatic vocalizations, verb-driven lyrics (check out first song “Go” off the EP), and instrumental layering is both ear-catching and dance inducing. I caught up with Stone this week via email and we talked his hyper-focused creative process (“I’m crazy OCD”), local collaboration, and his live show philosophy.

Morgan Sykes: For people totally new to your music, how would you describe it?

Luzius Stone: I like to describe my music as hip-hop infused electronic art rock.

Morgan: How have you evolved to the point you are now sonically?

Luzius: Many, many, many hours of hard work and love have been put into crafting my music! I've always been first and foremost a singer, and it’s very interesting to listen to my voice from years back because it sounds very different. It’s much more mature and experienced now. I know how to make it do what I want it to do without much thought. Since I’ve been making music for a good number of years now, I'm a lot more in touch with the sound that I'm after. There’s still a lot of trial and error and experimentation, but now I know what I like and what I don't like. Personal experiences and growing as a human have affected my sound and even the way I write.

Morgan: Why do you create what you do? As a solo artist, what is your process like (instrumentally/lyrically)?

Luzius: Music happens to be what I'm most passionate about! If you wanna dance, make love, fight, worship, music is the stimulation that will get those emotions active. I’m so blessed to be able to contribute to helping people feel, to truly live and not just exist! When I create, it’s just as much for me as it is for anyone.

My process usually starts when I get really inspired and feel like if I don't go make music, I'll explode! I always try to be sensitive to those moments because a lot of times, that’s where the gold is at. Then, I get lost for hours in the music and it just pours out of me. Sometimes a melody and lyrics come first. Others, I sit down at my old Hammond organ and a song comes out! I don’t have any rules when it comes to writing or recording except one: try anything!

I do have a couple instruments that I gravitate to while I’m creating. My Moog Sub Phatty and my Danelectro electric guitar. I really like to be in a peaceful place while writing lyrics. Im crazy OCD when it comes to lyrics!

Morgan: What do you envision 2015 holding for you?

Luzius: I forsee 2015 being an amazing year – starting with the birth of my son whom has already changed my life! I’ve already been a part of really cool experiences, new projects, and have met a lot of new creative people to collaborate with.

Morgan: Your album release party is this Friday night but the album has been available online now for a little while. How has the response been so far in the digital realm? It seems as if you have gotten some international attention.

Luzius: I released it on an European website called Jamendo and it has been an incredible response! I think the album has been downloaded over 4600 times and streamed over 111,000. "Fire in the Sky" is the most popular song with 52,000 single downloads. Very encouraging.

Morgan: Speaking of... are there any local artists you are collaborating with or are excited about?

Luzius: I am very excited about Towne Mouse, aka Douglas Carr, who is playing this Friday (and also is playing drums with me). He’s one of those dudes that can play anything but also has this dreamy voice that puts you in this sort of trance! Really excited to see him, VIA, and Jellyrox this Friday. RBTS WIN are dear friends of mine and happen to be one of my fav bands. Cliff B (1/3 of rbts) will be joining me on stage Friday night to sing a remix I did of their song called "So Celebrate" (on my Soundcloud)! Also Steven and Tim Scroggs from a band (no longer together) that was called The Enemy Lovers will be performing a remix of one of their unreleased songs called "Someone". Doc Aquatic, StephaniesID (whom I hope to collaborate with this year, because her voice is amazing). The Hermit Kings, Old Flings, Andrew Scotchie and The River Rats.... The list goes on and on. So many talented people here.

Morgan: Your music has a really vibrant energy-- how do you channel this performing?

Luzius: I always show up and give it all I’ve got. It’s definitely an aerobic workout for an hour! The live show definitely translates that energy and then some. This show is gonna be visually satisfying as well with a very cool stage design. Also, my goal is to connect with the audience, for them to be moved deep in their soul and to be entertained in the process!

Morgan: What can we expect from your show Friday?

Luzius: Show up with that PMA, freedom, and an open heart and you will have a BLAST! To me, shows are double sided. Yes, you are paying to be entertained and hear good music, but if you show up with negative energy and don’t allow yourself to open up and connect with, join in with, have FUN with the musicians that are pouring their hearts out, your expectations will never be met. Perception is huge. If you show up, show up to have fun.