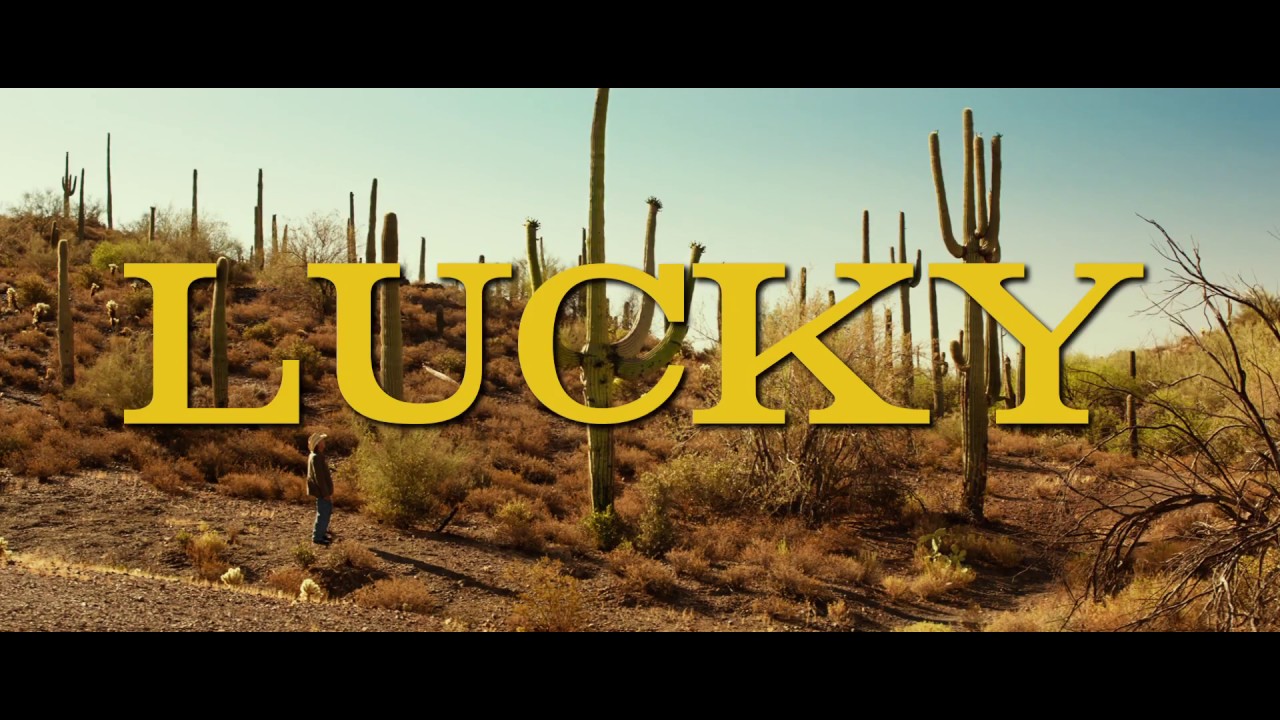 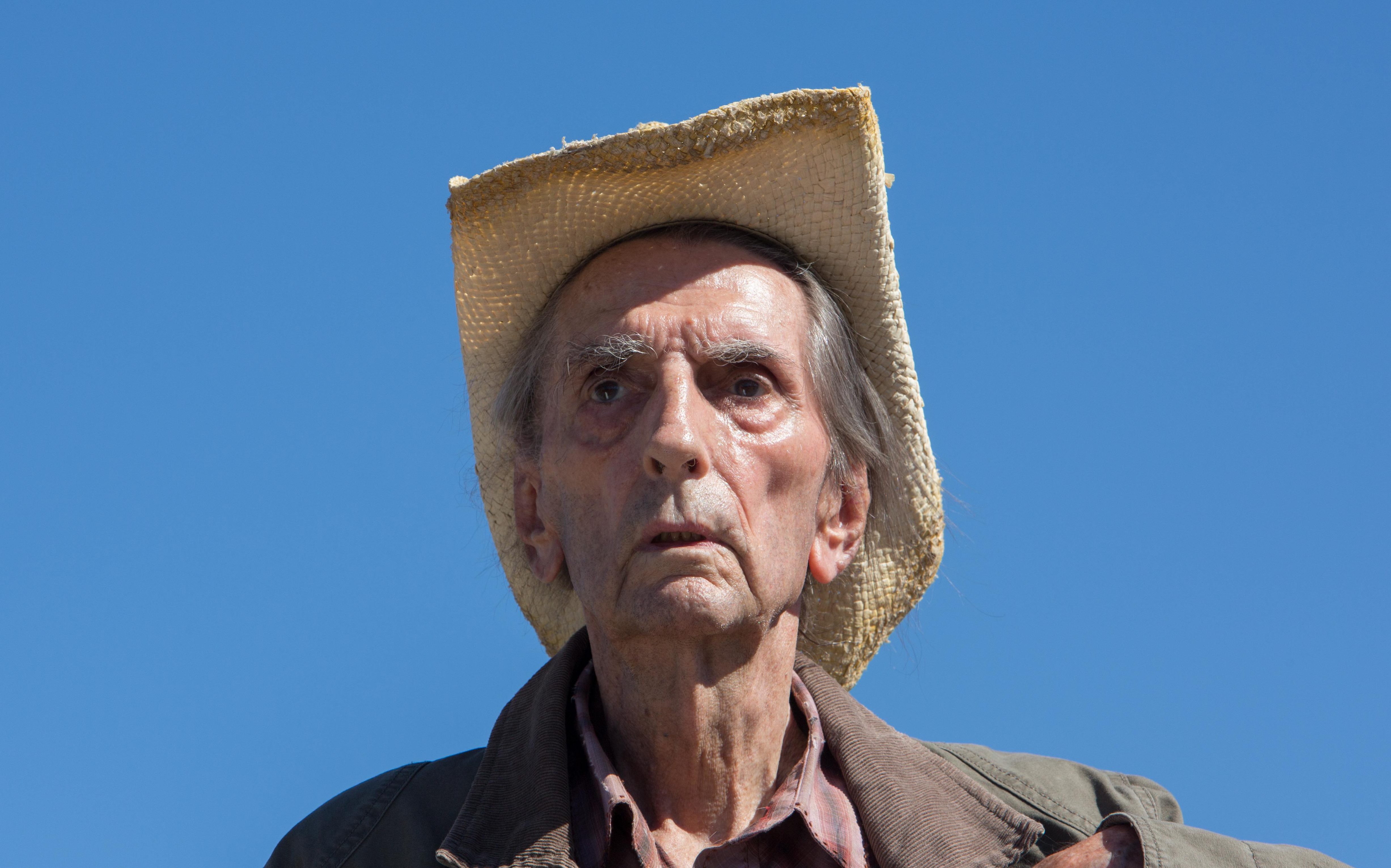 Lucky is one of the nicest, sweetest movies I’ve seen in some time. For me, the late Harry Dean Stanton has always been around, and it’s very sad that he won’t be anymore. He’s one of those actors that have been popping up in movies my entire life. I always looked forward to seeing him too. I remember remarking of films that didn’t look so hot, “At least you know Stanton will be good.” And he always was. I’ve always gravitated to Hollywood outsiders, ones with unconventional looks and lives that were truly lived before they got into the movies. These types of actors, to me, are so much more interesting. You can see their life experience on their faces.

Stanton, of course, had this in spades. He was rarely the lead, but he stole the show every damn time. For that, he will be greatly missed. 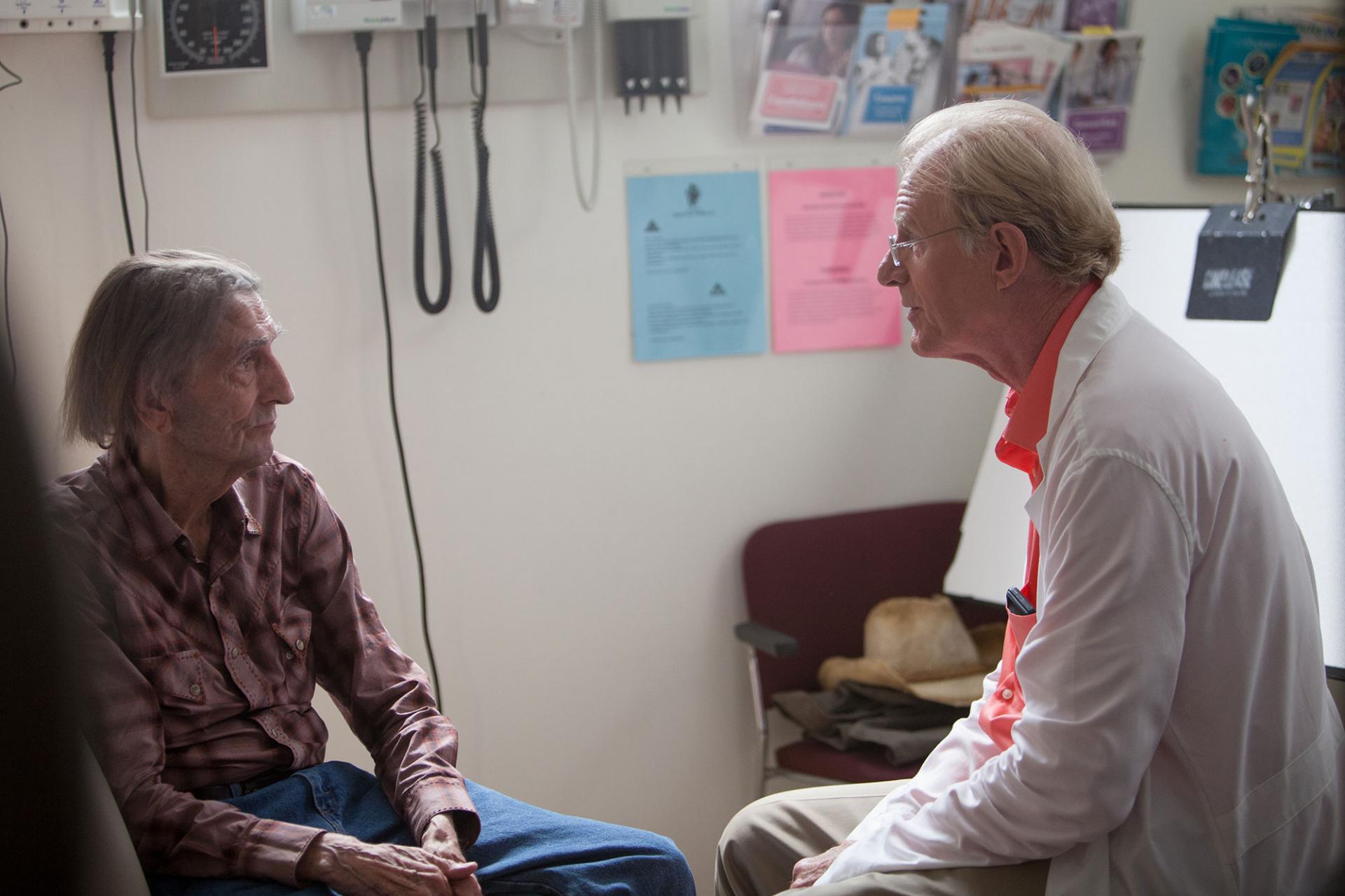 What director John Carroll Lynch (in his debut), with writers Logan Sparks and Drago Sumonja, have achieved is a sort of self-fulfilling prophecy. The story—or, in a sense, lack thereof—centers around the titular Lucky (Stanton), an aging World War II vet who, at 90-years-old, is the picture of health even though he’s smoked his entire life. We follow Lucky on his daily routines, which include, a morning exercise ritual, a stop at the diner, yelling profanities at a mysterious storefront, gameshows, and waxing philosophical at a local bar. We are simply along for the ride as he interacts with myriad interesting people of all ages, backgrounds, and experiences.

“Realism is a thing,” Lucky declares to the only half-interested bar patrons. “The attitude or practice of accepting a situation as it is and being prepared to deal with it accordingly,” he tells them. That’s the crux of the film, right there in a definition he pulled from a giant, dusty dictionary. We don’t just follow Lucky on his daily routines, we follow as it dawns on him that he is mortal, and that he will one day die. We see him realize that his situation is real, and that he must prepare to deal with it accordingly. 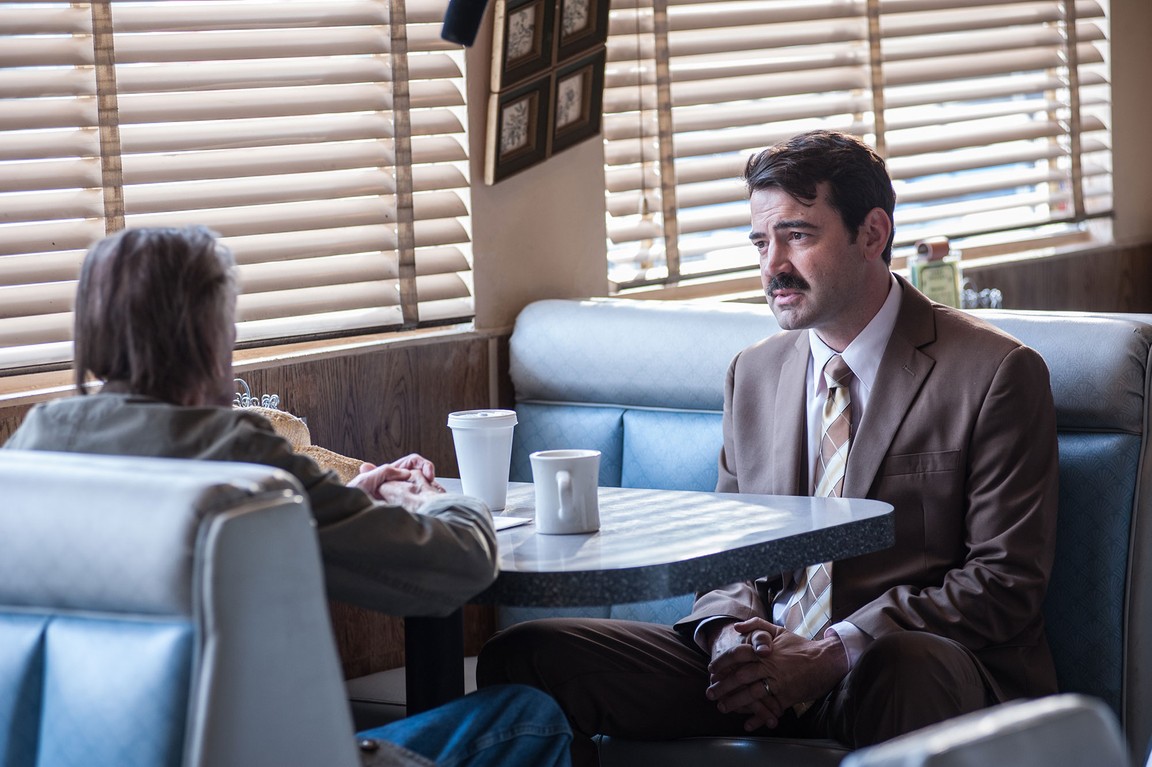 It’s a beautiful treatment on aging and mortality, with Stanton’s own real-life death intensifying its affects. The film’s secondary cast all weigh in on the subject as well. Howard (David Lynch) plans to leave a life insurance policy to his beloved 100-year-old tortoise, while the salesman, Bob (Ron Livingston), tells of a near death experience that sounds more like a confession than a sales pitch. The most disturbing, yet most powerful speech comes from Fred (Tom Skerritt), a fellow WWII veteran who tells of his experience on Okinawa during the war. His words are haunted and full of regret and grief, but they also move Lucky along on his quest to “deal with it accordingly.” 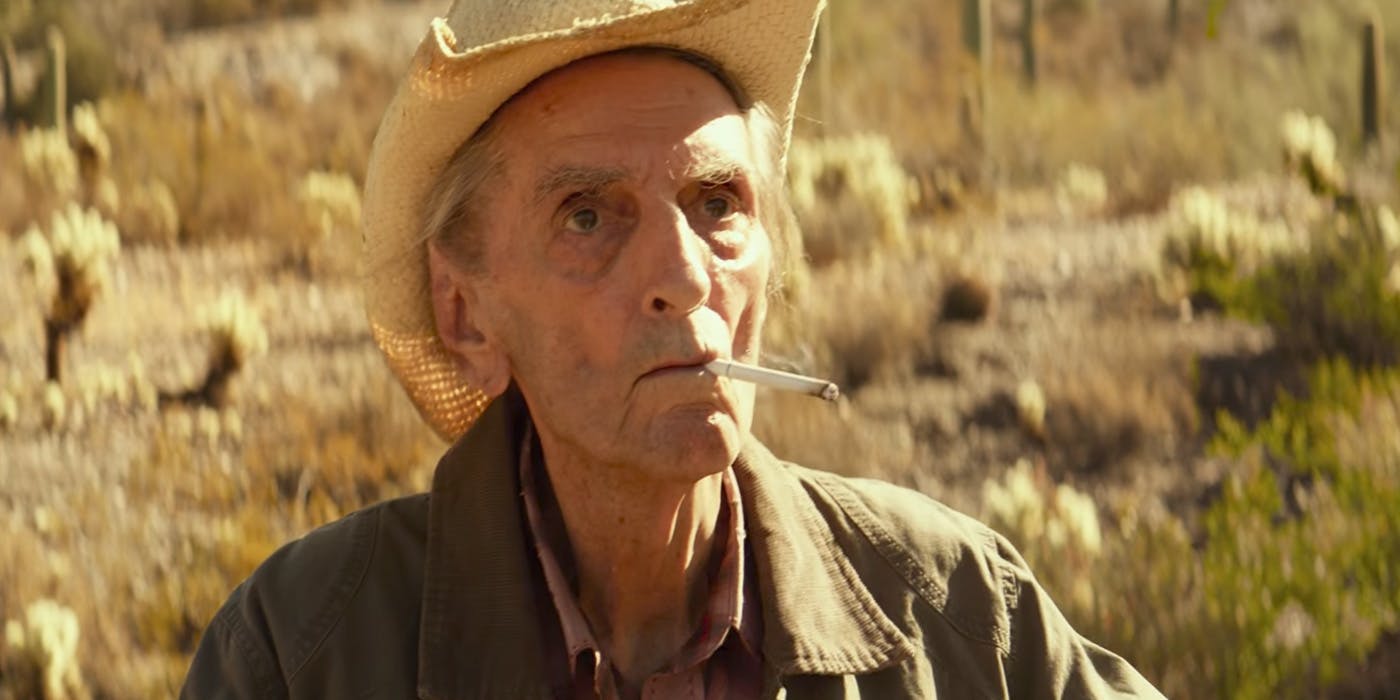 Lucky can be a bit scattershot at times. All the scenes work on their own, but from time to time, they seem a bit cobbled together. This is of minor concern, however, because the story is so tender that getting lost in Lucky’s world seems as natural as anything. Even with its minor faults, Lucky has too much to say for you to pass it up, and I urge you not to. Its presentation is such that it’s clearly meant as a tribute to, and in honor of the great Harry Dean Stanton. And that’s simply icing on the cake. It’s not all a walk in the park—there are some grim, difficult moments—but a more touching tribute to a great thinker, a great actor, and a great man you aren’t likely to find.