Lotus Returned to The Orange Peel for its Gilded Age Tour

Lotus Returned to The Orange Peel for its Gilded Age Tour 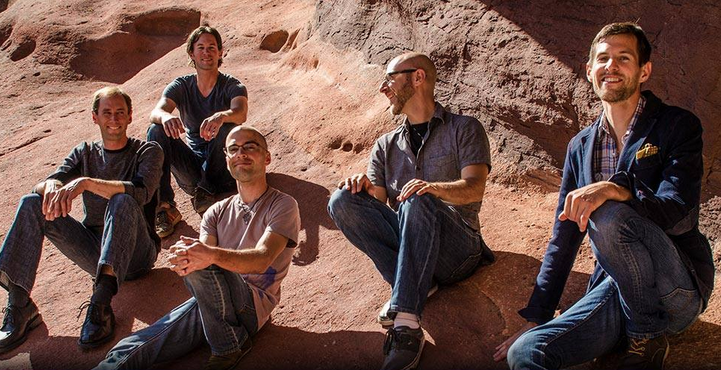 What does a band do to celebrate its 10th anniversary debut of a breakout album? Release a remastered version and go on tour, of course. Lotus is no exception.

Originally from Indiana, the band fostered its sounds while still attending a tiny liberal arts school, says Luke Miller, Lotus guiarist and keyboard player. Reaching this milestone was an interesting experience for him and the rest of the guys.

“It makes you feel kind of old,” he says, “reaching that many years with the same group of guys just playing what you think sounds good. But it’s not a bad thing, for sure.”

The original release of Nomad, the band’s debut album, had a lot less money invested in it than the remastered version, released December 16 of last year. The difference in quality, Miller says, is pretty evident as well since the band’s current resources allowed it to release the newest version on white vinyl.

Now several weeks into the Gilded Age Tour (you can listen to the Gilded Age the album below), Lotus returned once again to Asheville’s Orange Peel, a favorite among the members of the band, Miller says.

“We’ve been to Asheville a lot, played at the Peel a lot,” he says. “We always love coming. It’s always been the highlight of the tour.”

The band’s style has historically been well-received by the Asheville crowd, he says, but even Miller refuses to specifically nail down the genre Lotus fits best. From dance rock to electronica, the band’s music smoothly crosses lines between categories without regard.

Miller isn’t the only one reluctant to pin down Lotus; lifelong fans and new arrivals to the party alike stumble over labels for it. Orange Peel staff member Elly Cushing says she first heard the band’s music when its impending arrival first became public. Having never heard of them before beginning her Orange Peel career in August, Cushing was shocked to find the show sold out as quickly as it did.

“I’ve realized that Lotus is big enough to have real die-hard fans,” she says. “The show here sold out super fast, and the venue holds 1,150 people.”

“It’s the kind of stuff people can really get down with,” she says. “Plus, they’ve really got a handle on that typical EDM, so even when they’re a little different people can identify and enjoy what they know.”

Part of what makes Lotus so popular is their versatility, evident when one fan has a completely separate description of its music than another. Jensen Salas, a sophomore high school student from South Carolina, says she loves the band’s music because of its ethereal mood setting qualities.

“I first heard their music on the radio in the car and I was just amazed,” Salas says. “This is actually my first concert, and my dad and brother were more than happy to bring me!”

Apparently a love of Lotus runs in the family. Salas says her dad was the one who introduced her and her older brother to the band after he’d been listening to them for several years. A trip to Asheville was a small price for the three of them to pay to enjoy the music live, she says.

As a longtime listener, Salas says her favorite part of Lotus’ music is that it’s progressive and exciting, yet introspective at the same time. It’s a very calming effect, she says.

Whether the band makes you want to jump up and down or sit on a comfortable sofa and slip into the nuances of its sound, Lotus’ influence stretches far beyond the borders of specific preferences. For Miller, connecting features and structures is the ultimate key to successful music.

“I look for inspiration everywhere, but mostly in structures of things like movies and stand-up comedy,” he says. “The unexpected thing that comes out of nowhere, the punch line, that’s what I like to draw from.”

It’s all about the way people react to those punch lines that make them a hit or a flop, Miller says. That’s how they try to blend their musical interests, by finding what personally inspires them and pulling in elements from other sources.