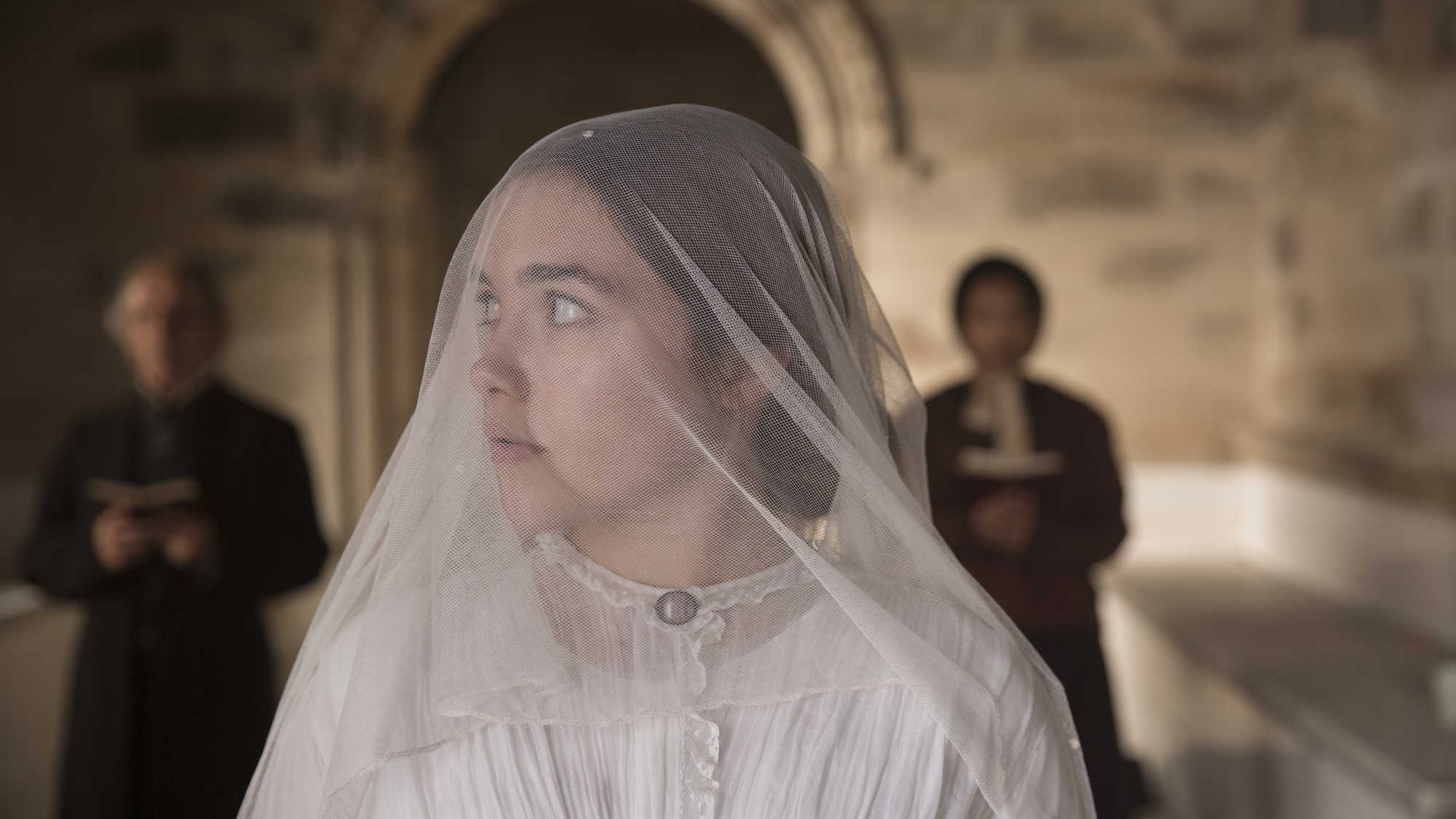 I won’t say that Lady Macbeth isn’t a good movie, but I won’t say that I particularly enjoyed it either.  What starts as the tale of a young bride gaining her freedom by any means necessary, slowly turns into a rather nasty psychological horror film, with some elements of film noir thrown in for good measure. It’s a beautiful film to look at, but a difficult one to watch. 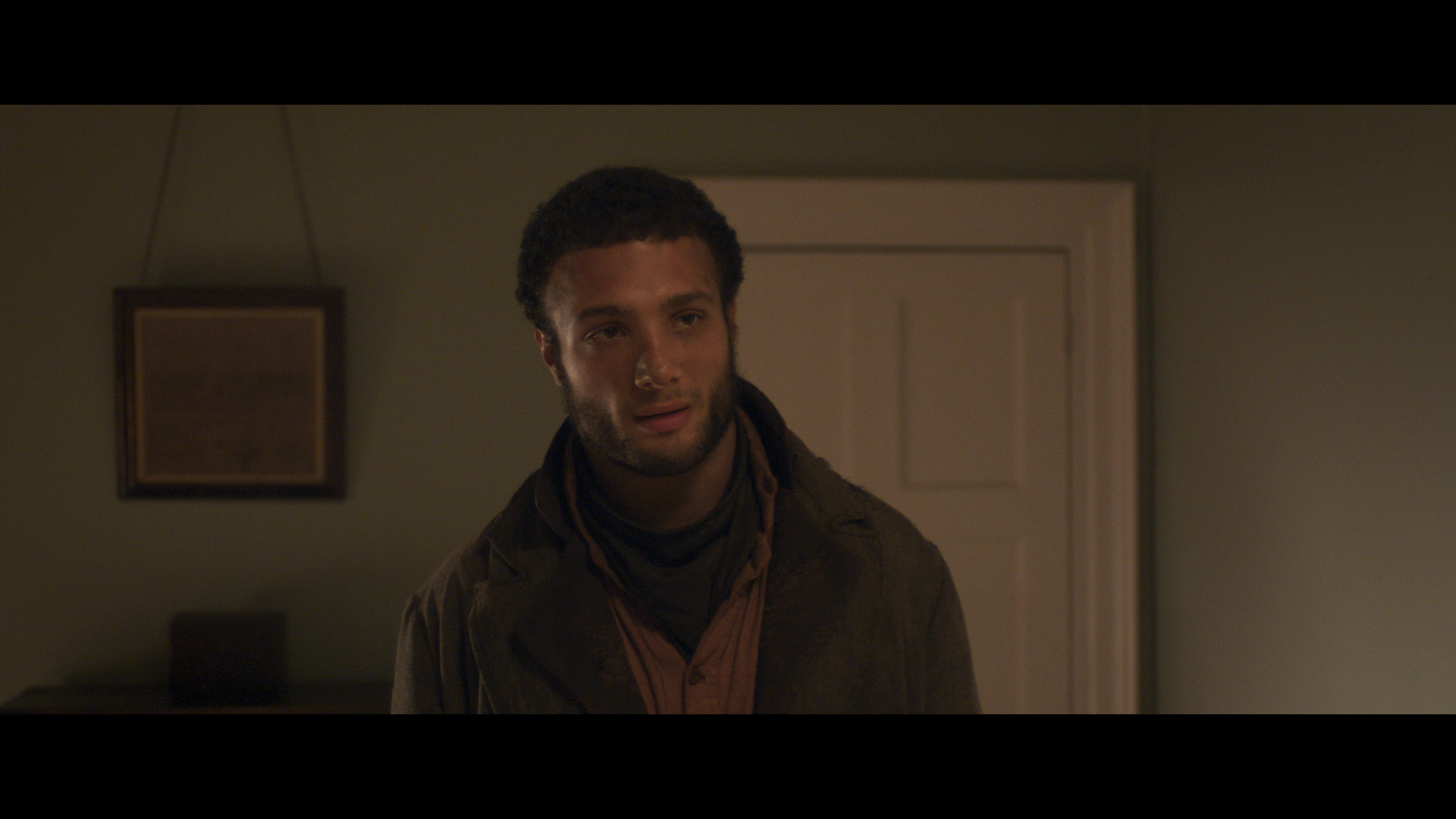 Based on a Russian novella (of course), Lady Macbeth concerns Katherine (Florence Pugh), a young woman who has been sold, along with a plot of land, to a wealthy land owner (Christopher Fairbank) in 19th century rural England. She is married off to the landowner’s son (Paul Hilton), who is much older, for the sole purpose of producing an heir. The marriage is loveless, however, and Katherine is ordered to stay indoors at all times. Her life consists of boredom, repetition, frustration, and a growing anger that is sure to manifest itself somehow. When her husband and father-in-law are called away on business, she seizes the opportunity to “take in the air.” Soon enough, she’s found herself passionately embroiled with a handsome farmhand (Cosmo Jarvis), and, at least seemingly, finally set free. 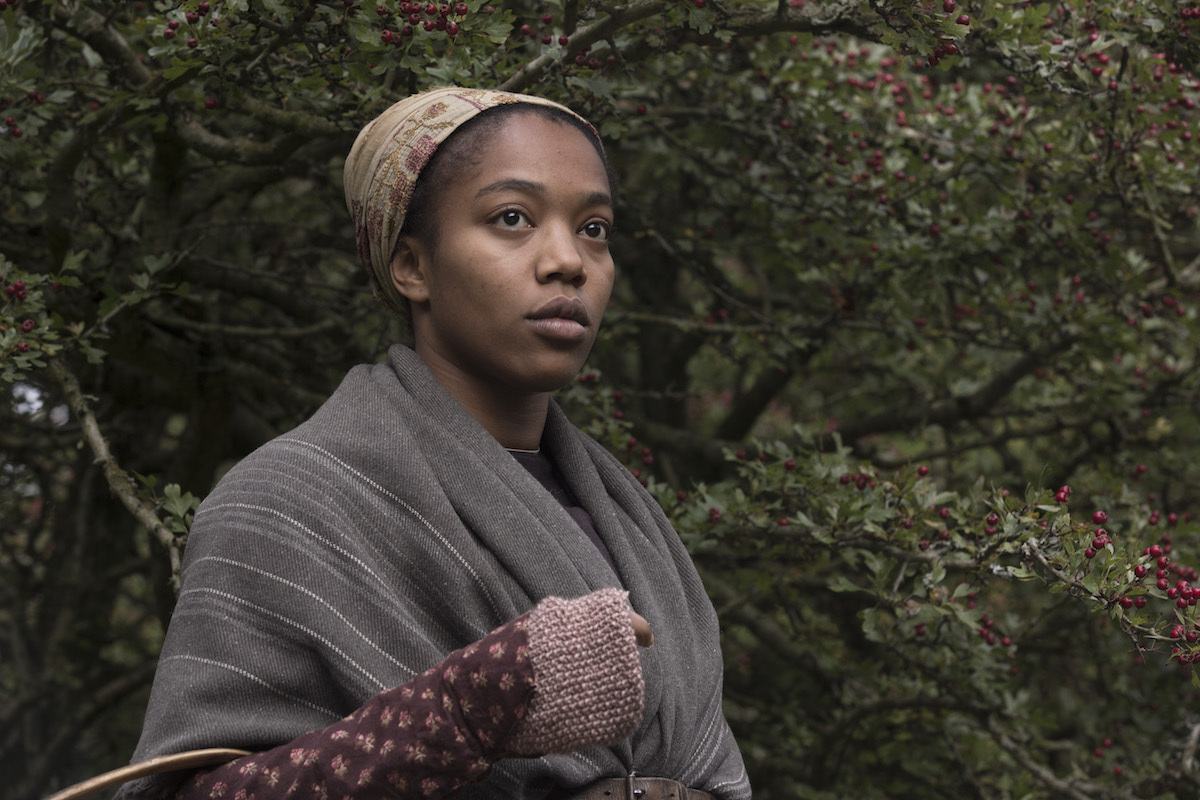 When I read a description of the film before seeing it, I was expecting something akin to a Harlequin Romance novel—a torrid and forbidden love affair that cannot be quenched, no matter the cost, type of thing. Lady Macbeth, however, is much more a character study of an insane and callous murderer, with more than a hint of femme fatale (Barbara Stanwyck in Billy Wilder’s 1944 film noir classic Double Indemnity comes to mind) than any sort of love story. In fact, there’s not much love going on at all. Quite the opposite, actually. 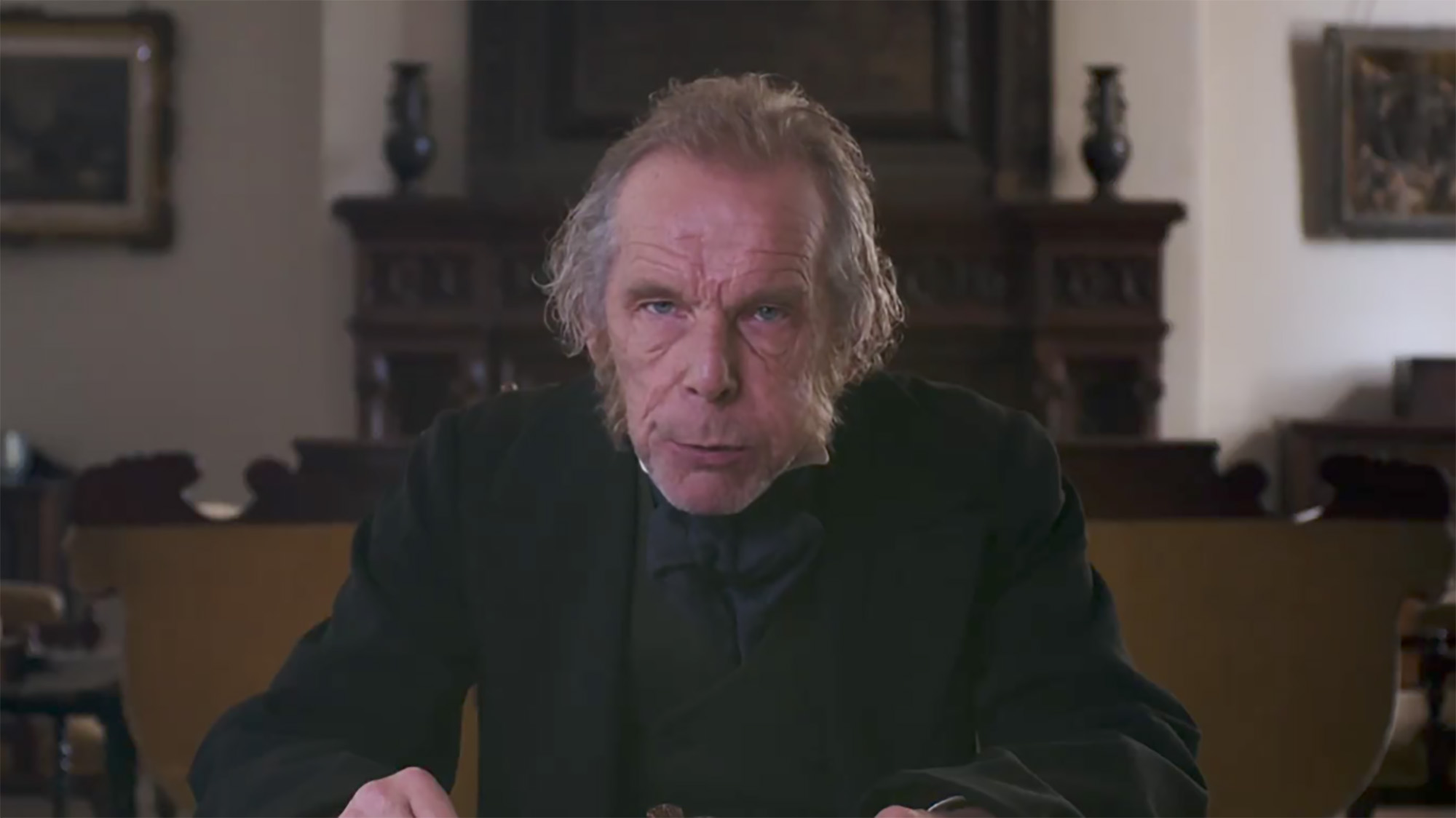 All of this held together nicely by the cinematography of Ari Wegner (the film really is beautiful to look at, although I could have done without the haphazard handheld shots), and the performance of Florence Pugh. At just 21, Pugh has the makings of a talent we’ll be seeing for quite some time. Her cold, nearly expressionless (yet still somehow full of expression) portrayal of Katherine, who is first seen as a victim, and eventually as a possible sociopath, is nearly flawless. She is, until the final reel anyway, somehow sympathetic, even though anyone with a conscience can see that she probably shouldn’t be.

The rest of the cast is very good as well. Her brutish husband and father-in-law are aptly executed by Fairbanks and Hilton—who are both portrayed as grossly piggish and tactless—but it’s Jarvis’ Sebastian and Naomi Ackie’s Anna who are the most deservedly sympathetic. Both embody their characters with a mixture of wide eyed excitement, knowing complicity, and a naivete that can’t end any other way than it does. If Pugh is Barbara Stanwyck, then Jarvis and Ackie combine as Fred MacMurray’s Walter Neff (another Double Indemnity reference; if you’ve never seen, it, it’s high time you change that). 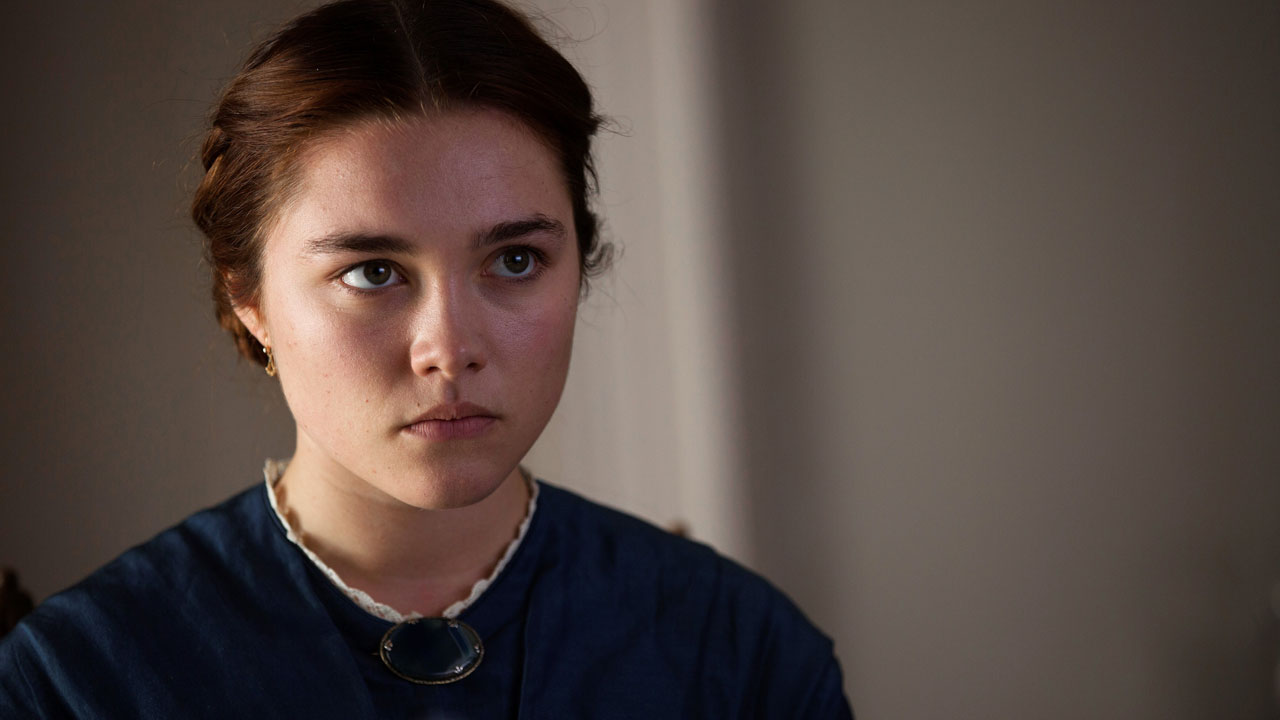 Even with all the murder, Lady Macbeth is a rather slow movie. But this mirrors both the boredom that Katherine feels and the slow-moving nature of the period. Give it some time, though—it’ll sufficiently ramp up. If you can get past the pacing—which was no feat for me, I rather enjoyed the pace—then you’ll have the bleakness to deal with. It’s pretty dark in there. There’s no warm fuzzies, not even a little bit. I found the climax especially difficult to watch, as I think most will. It’s a very purposeful gut punch that makes you wonder what sort of person would even come up with that sort of thing. Without these shocking moments, however, we very likely would have been left with nothing more than that Harlequin Romance I feared the film was going to be in the first place. That would have been very boring indeed, which is a much bigger crime.

Lady Macbeth opens at the GRAIL MOVIEHOUSE on Friday, August 4, 2017.