An Interview with Zombi // Moogfest 2016

An Interview with Zombi // Moogfest 2016 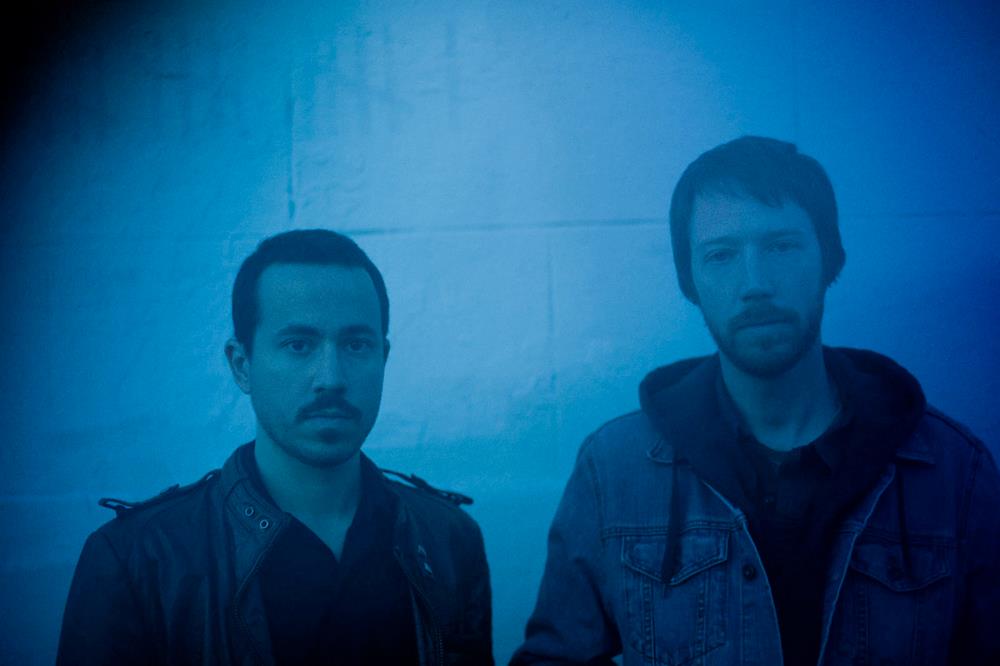 Moogfest 2016 is upon us. This year, the acts are--impossibly--even more exciting than in 2014. One reason is that this self-described horror geek has an awful lot to geek out about, including a screening of recent horror film It Follows, a performance and screening from I Speak Machine, and a show from synthwave duo Zombi, who make exactly the sort of dark beats that are the perfect soundtrack to the 70's Italian horror movie of your dreams. While I'm excited for all of these things, Zombi is the first on the schedule, and I'm more than ready to be immersed in their synesthetic soundscapes. They play at 10:15 on Thursday night at Motorco.

Zombi blends the digital and the instrumental in a way that harnesses the great potential of both. They're influenced, obviously, by the sounds of 70's Italian horror (their name is the title of the Italian remake of George Romero's 1978 genre-maker, Dawn of the Dead) but they pull equally from a vast repertoire of other sounds and styles, including experimental genres like math rock. After a few years' hiatus from recording and touring, they went on the road with Italian prog rock band Goblin (who scored Zombi as well as Dario Argento's lurid, surreal 1977 film Suspiria, another giant in the genre). Their most recent album, the gorgeous Shape Shift (2015, Relapse Records) was a testament not only to their staying power but to their own creative evolution.

I spoke with Steve Moore (bass + synthesizers) and A.E. Paterra (drums) about the record, their upcoming performance at Moogfest, how they classify their sound, and, of course, the horror genre.

Asheville Grit (AG): What are you most excited for in terms of your own performance at Moogfest this year? What can people expect from your show?

A.E. Paterra: We're both honored to have been asked to play and to be included on a roster of such amazing artists and musicians. I'm really excited to share the stage with Silver Apples and Gary Numan. Going to be an amazing night. I hear Numan's going to play Replicas and that's an all-time favorite of mine.

AG: What are you most excited about in terms of the rest of the festival (other artists, workshops, discussions, etc)? What are a few things you're planning to see?

AE: We only have the day of our show to check things out, and to be honest I've been so busy I haven't had time to see what is happening during our free time. I'm sure we'll have time to explore various workshops during the day.

Steve Moore: I’d really love to see The GZA, Robert Hood, Quintron and Miss Pussycat, [and] DJ Harvey but it’s going to be hectic, we’re only in town for the day. 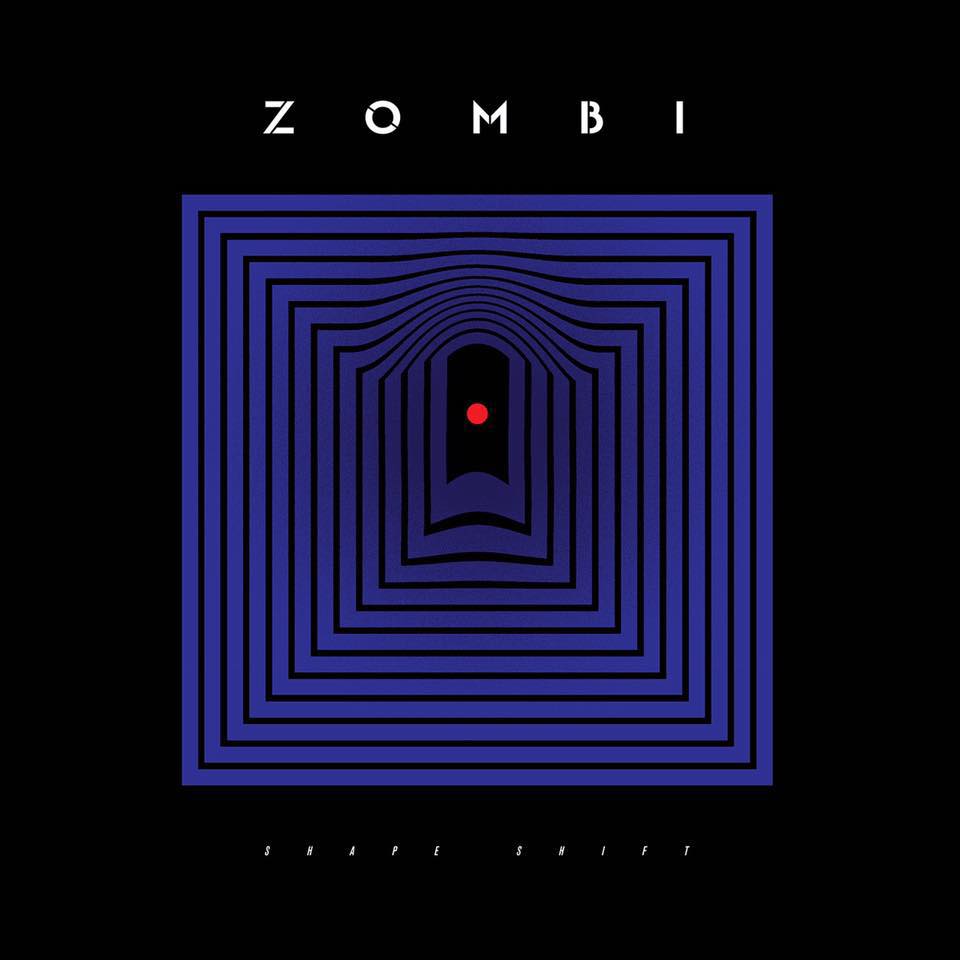 AG: How does your latest album (Shape Shift) reflect the evolution of your sound?

AE: We took a few steps back as far as how we approached writing.  This album was us, together, playing drums, bass, and whatever synth parts we could fit -- recording everything, piecing things together. This was exactly how we used to write when we first started together. Changes in location led us to file-share for a couple of albums.  This way of writing is much more fulfilling and pleasurable.

AG: Were there any specific works or genres that influenced your latest album? Anything from other bands to works of art or literature, films, etc? Or were there any particular experiences you were having that are specifically linked to certain songs?

Steve: We had been listening to a lot of Blue Oyster Cult.

AG: Were there any unexpected challenges that came up when you were making your most recent album? Any unexpected rewards?

AE: The only challenges were ones of time and distance. Steve lives about 5 hours away, so I'd head up to his place as often as I could while we were writing.  He also has 2 young children that require a lot if his time, so for us balancing time with the kids and playing took some coordination. Luckily his daughters are pretty cool.

AG: You use both synths and live instrumentation (bass, drums) in your music. Can you speak about the combination of these elements and what they all bring to the table?

AE: I've always been drawn to the sound of synthesizers existing in the world of acoustic instruments. Most of my favorite music growing up had these elements, and it's always been a lovely marriage of sound to me. I started playing piano, and later moved on to drums, so it's only natural that I would gravitate toward the two. In a live setting I think there's a power to it all that feels good to be behind, and in a studio setting, the sonic range of synthesizers is so vast. Depending on how you want to produce the acoustic instruments, you can explore the spectrum of sound from raw and gritty to crystalline and clear.

Steve: I like rock bands, and I like synthesizer music -- but I LOVE rock bands with synthesizers. And that’s how I think of Zombi, not as a synth duo but a rhythm section with synthesizers. I didn’t hear Klaus Schulze or Manuel Gottsching until I was almost 30 years old. But growing up in the 70’s and 80’s I heard rock bands like Pink Floyd, Heart, Head East, Yes and ELP on the radio every day, and I loved the way they incorporated synthesizers into their music. The brilliant tones cut through the mix and sounded otherworldly against the standard rock instrumentation that felt so natural and familiar. 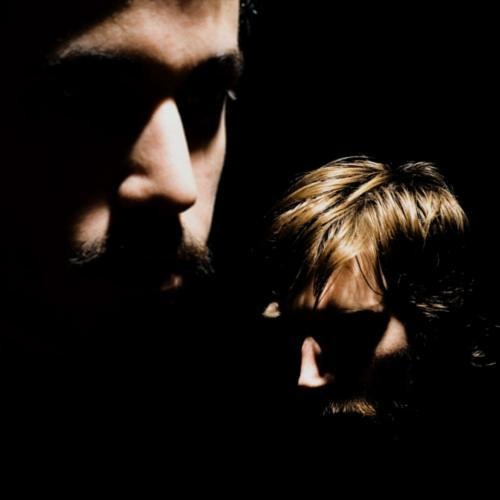 AG: Can you talk a little bit about the role of nostalgia and the presence of the past (classic Italian horror, 80's aesthetic, etc) in your music?

AE: We never consciously play toward these motifs, it just so happens when you've been listening to soundtracks, old prog, AOR, and grew up watching TV in the 80's that it bleeds out into your music in some fashion.

Steve: Tony’s right, at this point I don’t think Italian slasher flicks or Miami Vice really factor into our writing process, at least not on a conscious level. I think we’re actually attempting to do something new and different, but for lots of people the fact that we use vintage synthesizers means we’re ‘retro.’ But I bet Jonny Greenwood’s guitars are older than my synths. And anyway what could possibly be more retro than drums?

AG: Your music brings in so much more than just, as you've termed it, "the language of horror films." But horror has been and remains a key element of your sound, your audience, and your own influences. From one horror fan to another, what do you love about horror? Why do you enjoy it? How has it influenced music, and do you think this influence goes both ways (music influencing horror)? Steve, what was it actually like to score a horror film (Cub)?

Steve: Horror definitely remains a key factor as far as our audience and press goes, but it’s been close to 15 years since horror was a key element of our sound. We always joke that if we were called Red Dawn we wouldn’t be having this conversation. I still like horror movies, but not with the conviction or dedication I had in my teens or 20’s. Plus it’s kind of my job now, so when I watch horror movies I spend most of the time analyzing them and picking them apart to see how they work. It’s more like research. Scoring horror movies is fun, I’ve done a bunch now, but it’s exhausting.

AG: What's up next for you guys?

AE: We don't have much happening band-wise.  An appearance at Psycho Fest in Las Vegas at the end of August is it for now. My solo project Majeure will be doing 11 dates with a yet unannounced band in mid June. In July and August I'll be heading up the sound department at ACRE, an artists residency program that runs out of Steuben, Wisconsin.