An Interview with Julianna Barwick

An Interview with Julianna Barwick 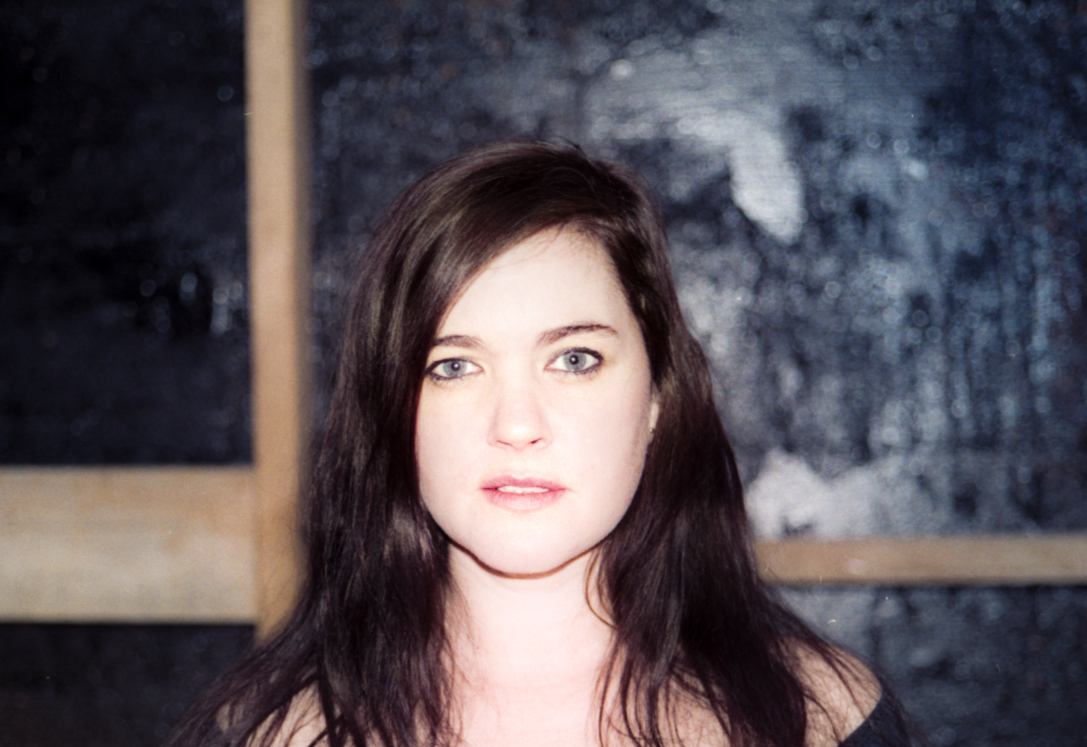 Julianna Barwick's music is the soundtrack to dream visions. Filled with her mostly wordless voice rising and falling over loops, synths, and distortion, it's a meeting of organicism, techne, and more than a little magic. Her new album, Will (released in May of this year on Dead Oceans), continues her exploration of expansive soundscapes that lie between sleep and waking. Barwick plays Asheville's Forsythia Hall with opener Mary Lattimore on Friday, September 30th, in support of the album. The show is presented by the Mothlight.

Barwick's previous album, Nepenthe (Dead Oceans), was composed and recorded in Iceland, and the songs conjure up otherworldly images of vast, gorgeous landscapes. Will, on the other hand, was created over the course of 2015 in locations that ranged from Lisbon, Portugal, to Asheville's own Moog Music. Despite the difference in their creations, Barwick's signature sound, informed as it is by the spaces in which it was birthed, is in place on the new record.

Although she uses technology extensively to create her songs, they seem to invoke the most sacred spaces of the natural world. It's fitting that the title of her first album, The Magic Place (2011, Asthmatic Kitty) refers to a particular tree in her childhood backyard that she visited often. And this quality of magic in nature seems to inform her own process. She composes via improvisation, knitting together sounds into patterns and honing them as they emerge.

This process gives a quality of timelessness to the record. Barwick eschews narrative in her music; rather, she's more interested in textures. Although rare words or phrases emerge out of her vocals, it's the shape of the words that matter more, and Barwick bends and stretches sounds to explore every angle that might be of interest. While melodies do build and fade, repetition is more often the order of the day. Ends of songs cycle back to their beginnings, knitting together fabrics of sound that call attention to the glimmerings of individual threads spun together to create the whole. It's a beautiful, meditative album that conjures visions as well as emotions, of longing, of love, and of hope.

I spoke with Julianna about the album and its creation and her upcoming visit to Asheville.

Asheville Grit (AG): Can you talk about the process of creating and recording Will? You composed and recorded Nepenthe in Iceland, which is such a specific (and perfect) location. How was it different this time around?

Julianna Barwick (JB): It was more scattered than the Iceland production. I had to find my way through the year and I didn't have one place, one producer, like I did for Nepenthe. I kind of had to figure it out again on my own. I just started with baby steps. I spent a week in upstate New York in February 2015 and did some writing there. I was completely alone with no car. It was like 20 degrees outside.

I wrote stuff there, and then the next step was Asheville. I had met the people at Moog a few times and they had me do the Mother demo. For that, I just made some stuff up once they showed me how to use it, and I recreated those things when I was there in Asheville for the record. "Nebula" was a song I did there. But that was totally different, it was July, and it was hot.

Then the next stop was Lisbon. I had a bunch of friends there, and I had performed some festivals in Europe and I used my time and resources to stay for a couple of weeks. I've had friends there since 2007 who had exactly what I needed. Lisbon is one of my favorite cities--maybe my favorite city. There are people there that I love and it means a lot to me. It was the first place outside of New York where I was asked to play, so that was a huge deal. And I've remained super connected to the city and the people I met since then. With this album, I felt I was using opportunities that presented themselves all throughout 2015, that whole year, collecting pieces and parts when I was in each environment. Basically the antithesis of the process of Nepenthe.

AG: Since you compose through improvisation and inspiration in the moment, I wonder if there were any particular surprises during the creation of Will?

JB: For some reason my mind jumped to unpleasant surprises, but there were actually a few pleasant surprises! The biggest one was with these guys in a Portuguese band, Paus. They have a studio, Haus, that I recorded in. I went to visit them and they said, "What do you need to record exactly?" I said that I'd brought stuff to record but that I needed a soundproof room with a piano in it. The piano needed to be tuned, and as we were talking about it, they said, "Do you know whose piano this was?" It was Sufjan's [Stevens] piano from the Age of Adz tour. This was his last stop, and it was just easier to leave it here than try and ship it back to the States. I could see all the electrical tape still on it; there was still confetti in the strings of the piano.

What's crazy is that Sufjan let me use his space with all of his instruments to make The Magic Place, and here I am five year later in Lisbon and it's his piano, of all people. It's so cosmic, it's crazy. There were lots of little guiding cosmic forces with this record that kind of just made everything come together.

AG: That's a good segue into my next question. I know that you had a religious upbringing and were involved in your church choir growing up, and that's where you honed a lot of your skills early on. I also know there's nothing actually religious about your music, but is there something spiritual in making music for you?

JB: It's not spiritual or religious music, but it is akin to the kind of spiritual or religious music I grew up with, in that I used to sing church hymns at our church congregation three times a week. And a lot of that music is very emotional, moving, even sorrowful sometimes. The melodies and harmonies are just gorgeous. I just remember when I would sing with the congregation that I would feel not unlike how I'd feel when making my own music. Both were like getting lost in it, and wanting to make something very beautiful, that being the only real intention if that even is an intention, because all of my music starts from an improvisation. It's just very visceral and emotional, and it's reflective of whatever is going on in my world, the environment I'm in. It's very reactive. Singing in choirs and with the congregation during my entire life before I moved to NYC and did my thing 15 years ago definitely informed the process.

AG: I watched the video for "Same," which is maybe my favorite song on the album, and I was very struck by it. Can you could talk about the video?

JB: The video for "Same" was directed by Zia Anger. She directed the video for "One Half" three summers ago. She's just incredible, and she's totally singular in her vision and aesthetic. And I love her to death as a human. When I made another record of course I wanted to work with her again, and I gave her the song and she started brainstorming. We had to make a couple of adjustments. We'd had our hearts set on a location that didn't end up working and then she found that old school, which is crazy. It's right there in Hudson where she lives.

And then in the treatment I was supposed to be running, struggling, but I broke my foot in January, so there was not going to be any running. She was like, "Ooh, that would be so weird if you crawled," and I was said, "Yeah, it totally would be weird." So we ended up with this video and with these performances that were just so killer--by Mike and Mona--with very little direction. It was a great experience. I hope I make videos with Zia forever.

AG: What brought you to Asheville for the tour? I know you recorded part of Will here. Was coming back to Asheville on this tour a goal for you?

JB: It definitely made sense with the tour. But I specifically said, "I have to play in Asheville, period." Because I recorded some of the album there and because I just love so many people there. I'm friends with the all of the Moog people. And I just did four shows with Angel [Olsen]. I woke up in St. Petersburg on tour with her a few days ago; it was unreal. And Mary Lattimore's whole family is from Asheville. So all of those reasons. And just beyond that, there's just a pull I feel in Asheville. I've actually talked to a lot of people who've experienced the the same thing. it's strong; little weird things happen. There's synchronicity.

Catch Julianna Barwick at historic Forsythia Hall on Friday, 9/30. The evening opens at 9 pm with harpist Mary Lattimore. Tickets are on sale now and are $10.