An Interview with Ahleuchatistas (All Go West)

An Interview with Ahleuchatistas (All Go West) 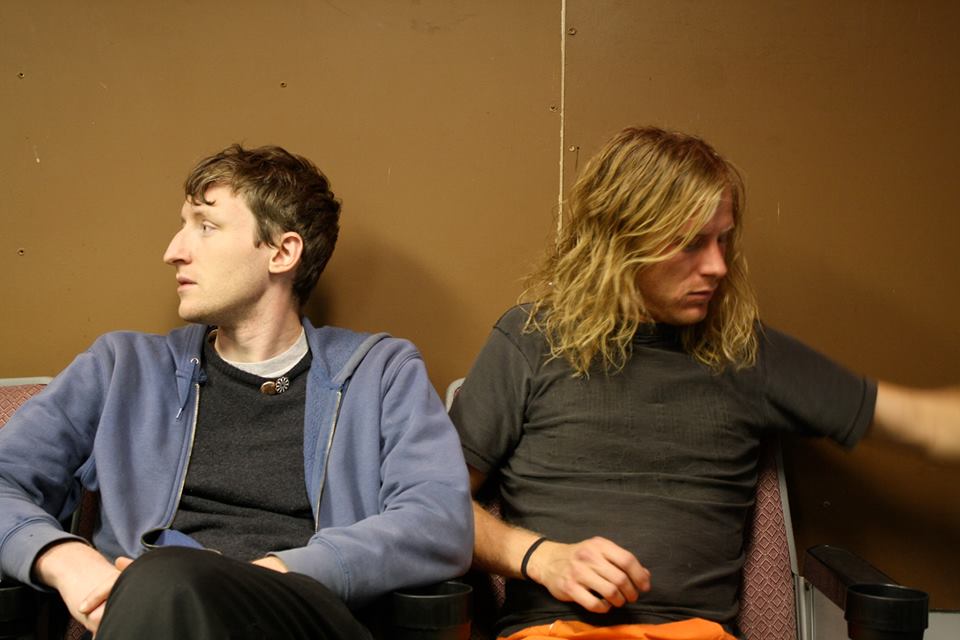 Asheville-based experimental/improvisational band Ahleuchatistas (Shane Parrish and Ryan Oslance) are hitting the Pisgah Brewing Stage at the Mothlight tonight at 8:30 for All Go West. Ahleuchatistas have been around since 2002 in some form or another, and their current iteration--the duo of Shane and Ryan--has been in existence for a few years. Their music is both crafted and loose, carefully detailed and improvised. Their most recent album, Arrebato, invokes landscapes both outer and inner. Much of it was inspired by a tour across the Iberian Peninsula, and you can hear the sounds of the natural world, the hum of cities, and the internal workings of minds and hearts as you listen to it.

I've seen Ahleuchatistas play before, and I'm a huge fan of their live shows. It's amazing to see the chemistry between the duo and the degree of comfort that shapes each performance as they allow songs to evolve over the course of several minutes. Both artists have rich solo projects as well. I'm thrilled that they're a part of the fantastic All Go West lineup, and I think that their place on the Mothlight stage--which this year is hosting the more experimental side of things--is perfect. I spoke with Shane Parrish about the band, the music, and the show.

Asheville Grit (AG): What's the back story of Ahleuchatistas? How did you start performing as a duo?

Shane Parrish (SP): I started the band with a drummer and a bass player around 2002. The original drummer left in 2008, and  I put up a Myspace bulletin board announcement/call for drummers to audition. Ryan was just wrapping up his Forestry degree in Carbondale and was familiar with the band—we had 4 albums out at that time--and so he responded and sent some recordings.

AG: What's the composition/collaboration process like for you two?

SP: It depends. There’s some music that has happened as a result of improvisations together where we decide we like elements and want to keep them. There’s a lot of music I’ve written at home alone and then brought in. Some of the more complex structures are preconceived and we work those out together, and then a lot of the process has been performing, recording our performances, and then going over what we think should change about them.

We don’t really rehearse that much. We did initially but we don’t have to much anymore, we don’t have to get together twice a week, we can accomplish a lot by talking about what we want to change and executing it, and then we just do it. We have the benefit of being two people. We can make some decisions and then put them into action in the next gig.

Our chemistry comes from performing a lot. We did some pretty lengthy tours as a duo in Europe. We just finished a two month tour, a Midwest/west coast tour, and we played every night for two weeks. We were recording our sets and listening to them in the car and critiquing them for the first half of the tour, and then we were in the zone for the end of the tour and we could let loose and perform. We just did that at the festival we played last weekend.

I have a lot of new gear, and I didn’t know exactly what things would sound like. By the end of the two weeks I was confident. So that’s always a really good feeling, because sometimes we'll work in bursts and then take breaks. Right now we’ve decided Ahleuchatistas is our main project, so we’re going to start putting a longer, steadier push into it, rather than working for a year or six months and then taking six months off. After 15 years of the project we’re at a point where we have deep roots we can use. People are coming to the shows and are really excited even without us being a super hyped band, there’s a cultural thing that happens by word of mouth because of the fact that we've been around a long time. So we’ll take it a step further. 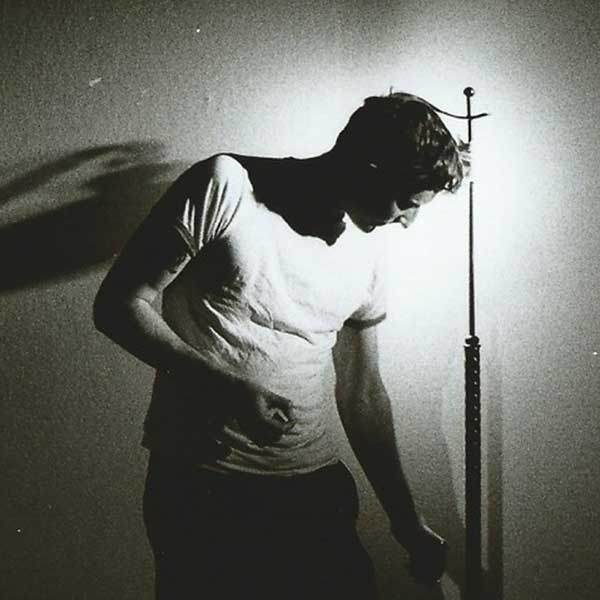 AG: Tell me about your newest album, Arrebato.

This label we’re working with now--International Anthem, out of Chicago--is doing really great exciting work. It's a relatively new label but one of the guys we’ve known for a while, David Allan, produced Arrebato and we recorded it in Chicago at the studio there. I did a lot of guitar post-production in Asheville and he mixed it and the label put it out.

The album captures the impact of our live show. It's not the same because we didn’t record it live, but what you’re going to listen to repeatedly on an album is a different thing. It's very rich. It's huge to make a studio record that captures that magic while still sounding different.

We’re really excited to be working with International Anthem on multiple levels. We’re starting to develop an extended family instead of just being these two guys trying to make everything happen. There are people on our team that really care about us. We’ve worked with other labels and they’ve been great, but International Anthem has been so helpful in actually producing the record and managing the tour and overseeing sound production at the gig. They're not doing it 100 percent of the time, but just to have that level of interest in what we’re doing is great. They've produced a couple of videos that are totally amazing and surprising.

At first I've felt a little apprehensive and then I’m blown away. Their work is always totally on point. So it’s been really cool. I’m a dad now so I can’t really oversee or deal with the ins and outs of anything besides the music, so it’s nice to have people helping so we can be more strategic about our activities.

The album came out last November, and we played a huge release show at the Mothlight. That was such a moment. We were seeing people from 15 years ago and people coming for the first time. The energy was so positive. It’s a mile marker in the life of the band and my life as a musician.

So we kind of took a break after that, no other gigs could possibly compare to that sense of history. So this year it’s the west coast tour for Arrebato and an East Coast tour in August. And we might go to Europe. We’ve kind of left the US for Europe because it’s so much easier and better over there for artists who are under the radar, but there’s work to be done here.

AG: What are the details of your set at AGW?

SP: We play at the Mothlight at 8:30. We’re going to play music from our three duo albums. Our sound has changed a little bit--for the better (laughs). My Fender Telecaster got stolen, so I got this Jazzmaster guitar that’s all the rage right now, it's a pretty inexpensive guitar but when I was on tour everyone was talking about it. It’s an absolutely amazing guitar. I have some new sounds from local company Blackout Effectors, so we’re gonna play that music. And we’re not rusty, we’re ready just coming off tour, so we’re not trying to remember shit. So that’s cool. It should be really really fun.

AG: Who else are you excited to see at the festival?

SP: I really am a big fan of Nest Egg, also playing at Mothlight. Kool Keith...basically all of it! I’m curious to walk around and see a lot. Honestly, it’s such a diverse festival that I’m literally excited to hear different things. It could have gone in one direction but Arieh [Samson] did a really good job of representing the various music of Asheville, so it’s not just a jam fest or a bluegrass fest, it really captures various energies going on in our town. It's cool because I don’t get to see many bands anymore but it’s family friendly. I'm always intrigued by new music.

All Go West happens all day in West Asheville. Get on it!