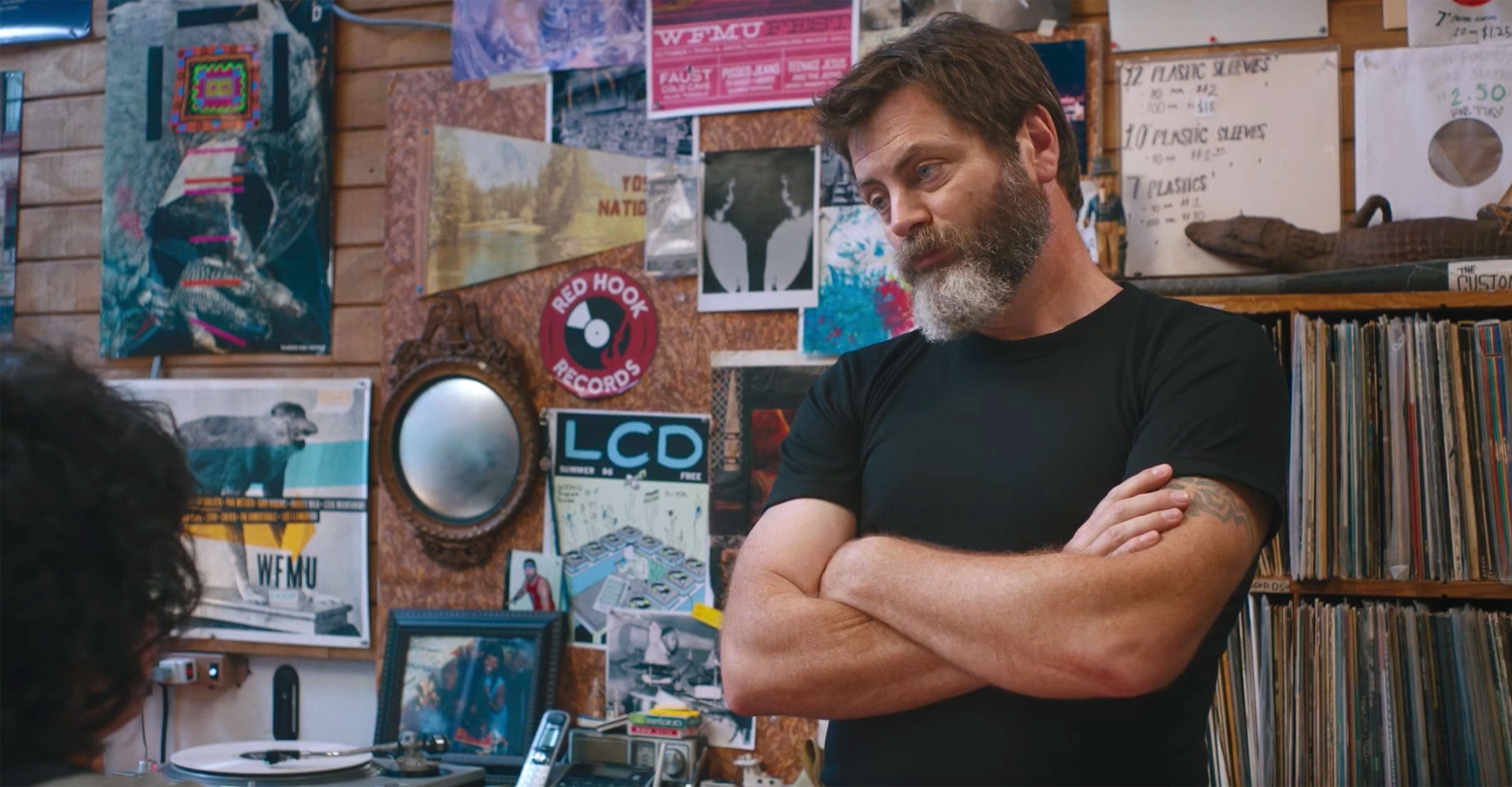 There’s nothing wrong with Brett Haley’s Hearts Beat Loud, but there’s nothing remarkable about it either. The story is endearing enough, and the acting is darn good, but there’s no “wow” factor. For most movies this would likely be a negative, but in the case of Hearts Beat Loud, it’s strangely a plus. It’s not a movie that will stick with me over time, but it had just enough going for it to make me care. Sometimes that’s plenty. 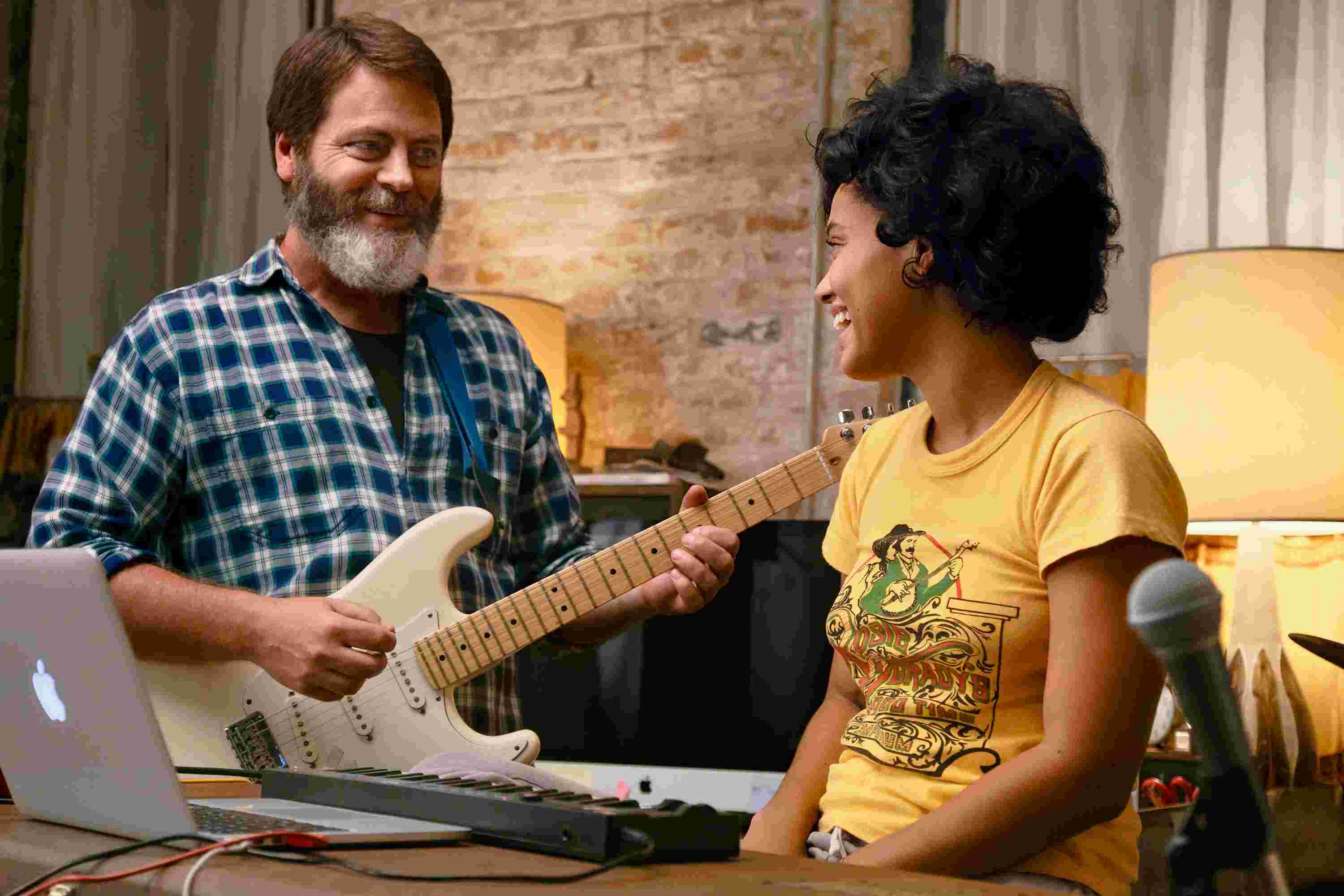 There are two aspects of Hearts Beat Loud—one positive, one negative—that influenced my experience and level of engagement. First, it’s about a father and daughter (this is the positive), and the unique bond that’s shared between them. It’s clear that the pair (Nick Offerman as widower Frank, and Kiersey Clemons as his daughter Sam) are very close, or at least were. Sam is off to California for medical school in the fall, and Frank has yet to come to terms. He’s in denial about her leaving, and basically pretends that it isn’t happening. Things are complicated when he goads her into a “jam session” (a once common activity for them), resulting in a song that has potential to be a hit. 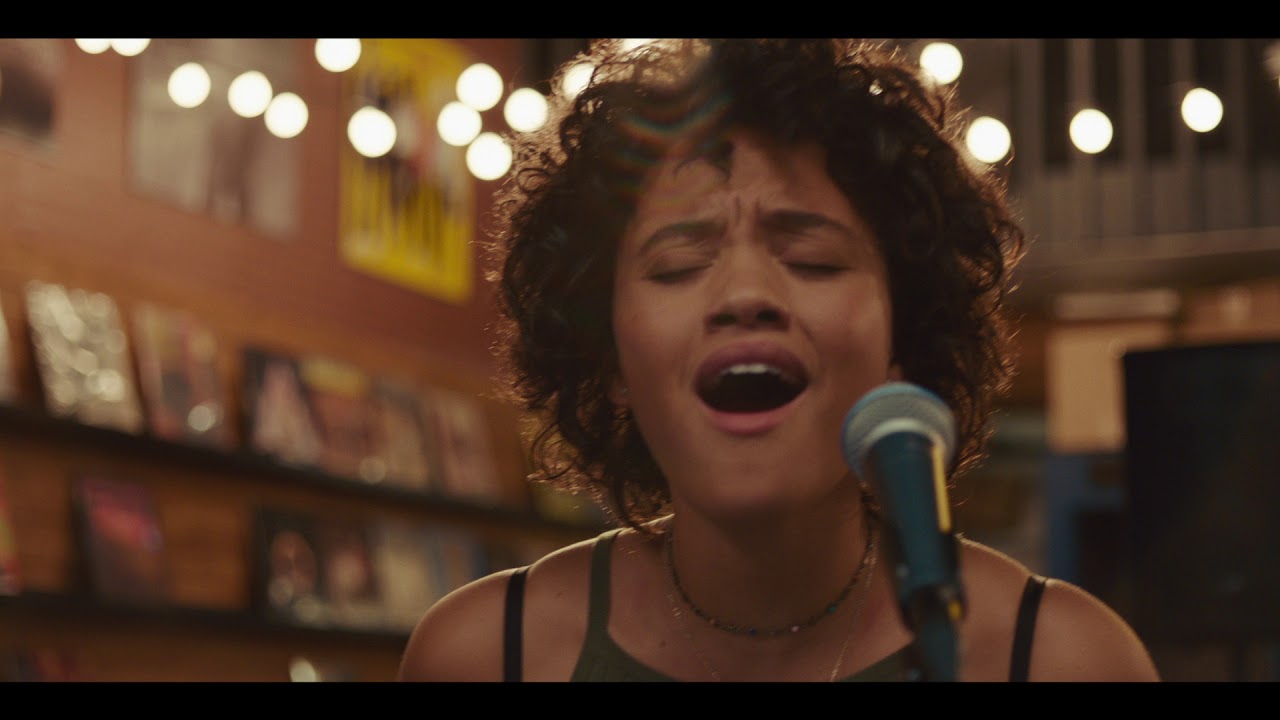 As the father of a young daughter, I found Offerman’s portrayal of a loving, scared, and nostalgic dad with his head in the clouds refreshing and relatable. I easily identified with him. He’s immensely proud of what has daughter has grown into and wants nothing but the best for her, but he also lives somewhat vicariously through her talent as a songwriter and a singer. He never made it as a musician, but she could if she wanted to—giving him the opportunity to finally live his dream. He’s a good dad, if a bit out of touch (his “dad” wardrobe and embarrassing behavior is spot on), but his plan is not well thought out, or even practical. It takes his daughter to point much of this out to him, and he’s embarrassed to have even suggested it. Positive, realistic dads who are capable of change—I like it.

Now for the negative. Mind you, this aspect is unlikely to affect anyone who isn’t a 40-year-old jaded punk rocker who loves record stores, but because that’s exactly what I am, I have to mention in: I hated all the band name dropping and aging hipster nonsense. There’s no way Frank is into all those hip indie bands he’s constantly going on about. He wouldn’t recommend Animal Collective to anyone. He’d be pushing Gang of Four or Mission of Burma. Plus, there isn’t one single punk record visible anywhere on the walls or bins of the entire store—and my eyes were peeled. Disgraceful!

(On a side note: Much of this banter fondly reminds me of the scene in High Fidelity (2000) when an awkward record store clerk recommended Stiff Little Fingers’ Inflammable Material to a customer who likes Green Day, when it’s clear he should have recommended Singles Going Steady by the Buzzcocks instead.  Duh.) 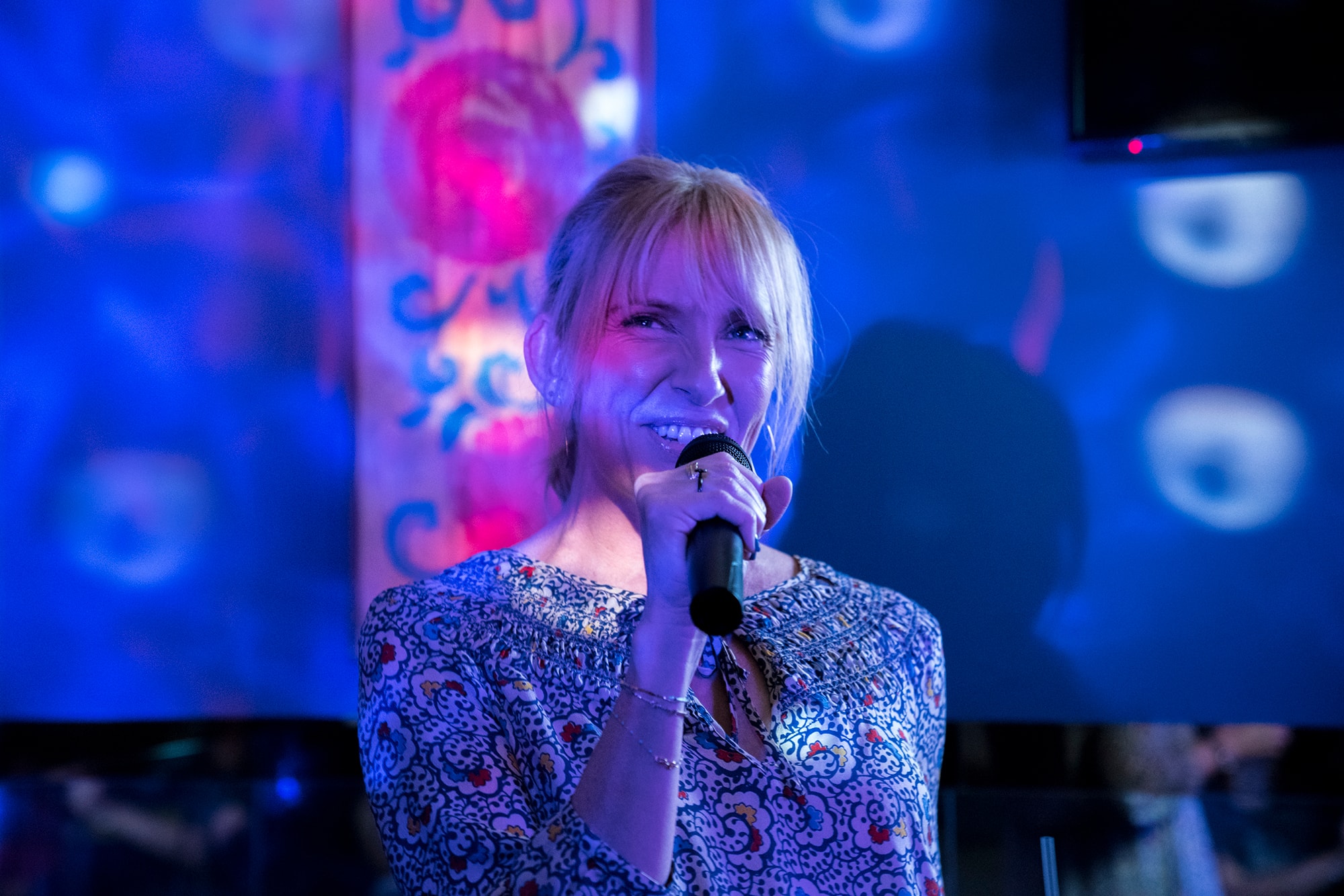 My grumpiness aside, what’s probably a trifling minus for me will likely have the opposite effect on many, if not most—and I’m completely okay with that. There’s a definite charm to Offerman’s performance, regardless of musical taste or other trivialities. 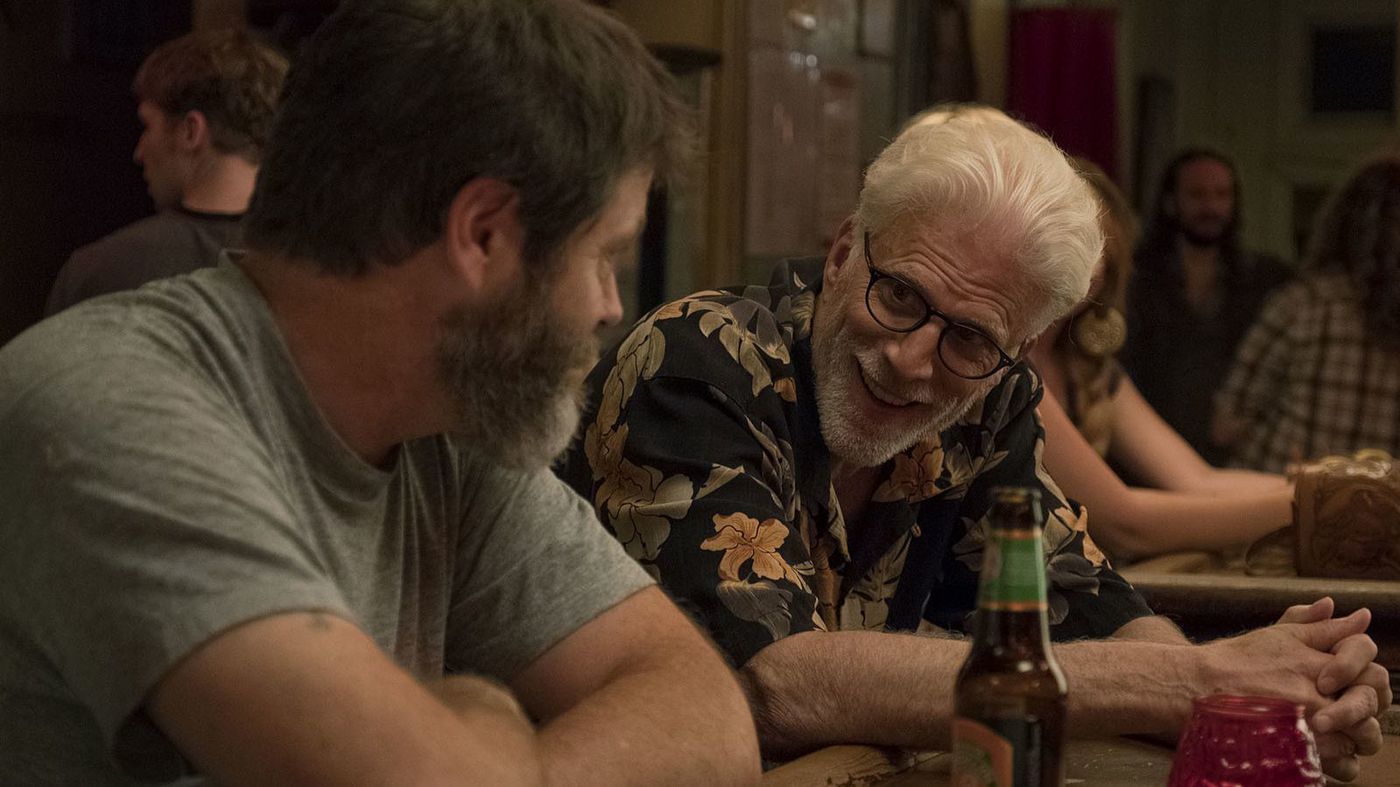 The supporting cast is good as well. Kiersey Clemons nails Sam—a good, smart, independent young woman who loves her family but eagerly awaits the opportunity to make her own path. Young people are rarely written this realistically down to earth, and are seldom portrayed so humanly. Toni Collette, Ted Danson, and Blythe Danner round it out, with each getting their own moments to shine while still leaving plenty of room for the story to develop. 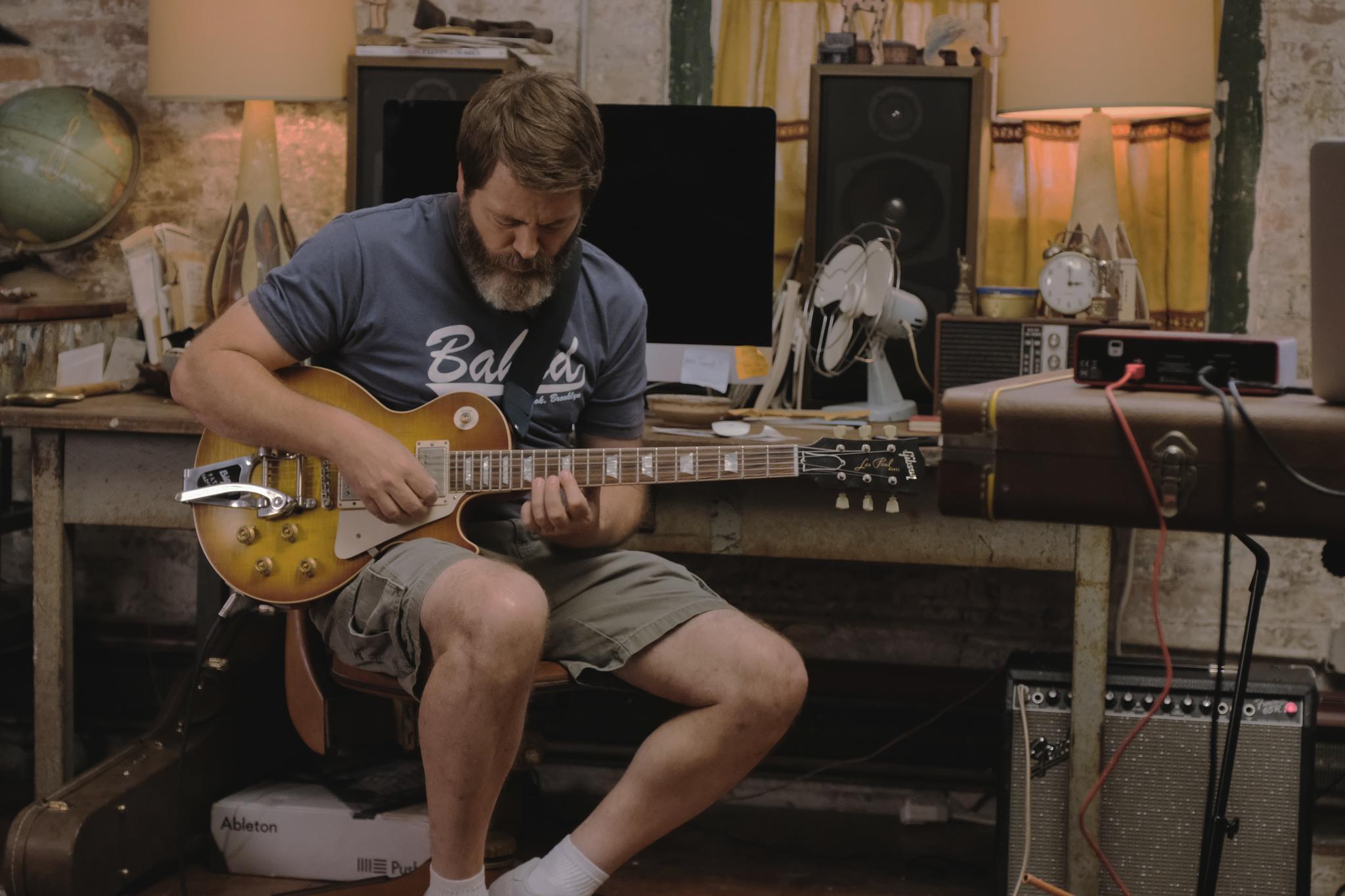 Hearts Beat Loud is a sparse film. Honestly, not much happens, but it’s enjoyable and relatable enough to put a smile on my face. It’s the kind of film that, while harmless and non-confrontational, tells a perfectly functional story with warmth and care. It’s not exactly “feel good” or triumphant, but it’s a nice little picture that I’m glad I saw.

Hearts Beat Loud is now playing at the Fine Arts Theatre in Asheville.