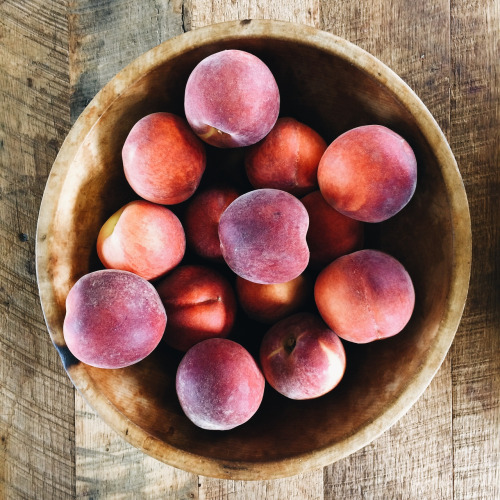 For those of you not aware, the television channel, Teen Nick has a segment of programming every night from 10 p.m. to 6 a.m. called, “The Splat”. And during those eight hours they feature 90’s Nickelodeon shows like: Rugrats, Kenan & Kel, CatDog, Clarissa Explains it All, and I’m still hoping they add my personal favorite, Rocket Power. However, a few nights ago I found myself thumbing through the channels and the infamous football head, Hey Arnold!, was on. Naturally, I spent the next two hours lying in bed devouring every episode, hoping my children have a childhood full of characters as dynamic and kind as I did. Because if a Presidential candidate could promise to remove the Kardashians from network television, I would seriously consider voting for them. Seriously.

However, one episode of Hey Arnold!, caught my attention. It was an eating contest where several elementary school students had to consume a six course dinner, and whoever didn’t pass out or regurgitate their meal, won. The scene was funny and the food looked surprisingly appetizing. But one by one, each kid fell to the floor or face first into their Caesar salad or Italian hoagie, until Arnold took the last bite of a towering chocolate sundae and won the competition. Everyone cheered and the screen faded to commercial.

This scene bothered me in more ways than one. While it was lighthearted, children were gorging themselves on sausage links and fried chicken while their parents cheered them on. The scene depicted the food in such a way that made me hungry, but children were falling over, unresponsive, because of food.

I know this might seem like a stretch, and while it is merely a scene in a thirty minute children’s television show, it still paints a picture for its young viewers; that gluttonous eating is fun and should be rewarded. That gluttony in any form is acceptable. While that show was aired during my childhood, a time where the GMO, mass produced, fast food industry culture was flourishing, I can’t help but wonder if it impacted my generation and the ones to follow.

"One of the most sobering and tragic statistics is that this generation is expected to lead a shorter lifespan than their parents," said Laurie David, executive producer of Fed Up. And this stems from our food and what exactly we are consuming and more importantly what we don’t even know we are consuming. For example, Hidden Valley's Light Ranch Dressing has half the fat of its regular ranch, but twice the sugar. Because in everything, where you cut back you tend to have to add somewhere else.

While a children’s television show depicting an eating contest as cool cannot be held responsible for our food culture, I have to believe it does play a very small part in the issues at hand. Our food industry is a part of a larger picture and the food we serve our children ultimately affects them more than we know. So I urge you to buy locally, pack your own lunch, replace your coffee sweeteners with agave or coconut milk. We can make small steps to attack a bigger issue.

You know the drill. This is what I ate this week.

Breakfast has still been the same old, same old. A piece of fruit, an everything bagel with vegan butter, or a strawberry smoothie. (I’ve learned there are several wonderful plant based protein powders that have great flavors or no flavor at all, and is a great thing to add to your favorite fruit smoothie or chocolate espresso soy milkshake.) However, I did discover oatmeal. Not like, “I never knew oatmeal existed until now,” but discovered that I could add brown sugar and cinnamon to quick oats, put on a hoodie and crawl back into bed and forget my worries.

(Yes, I am aware she used honey in her oats, which is not vegan, so just use some agave, or brown sugar. You do you.)

This past weekend I had the pleasure of returning to my hometown of Winston Salem to visit my family for a few days, and quickly learned how different your location can affect your diet. My parents divorced when I was in high school, but lucky for all of us, they both remarried chefs. So Thanksgiving is no longer Boston Market sides and tuna cakes. (That’s a slight exaggeration, but not too far stretched.) I did however, stock up on groceries before I went home and planned my meals out, just in case there were no vegan friendly dishes. So, here are my tips for travelling as a vegan, and what I ate:

There’s no need to plan out every single meal, but having a few staple snacks in your bag can be a life saver. I love hummus and pretzel chips for a quick and salty snack. Or microwave popcorn. Just make sure there’s no butter on it. (I add seasoned salt to mine. And Trader Joe’s has a great vegan microwave popcorn.)

This gets its own bullet, simply because of how versatile it is. I spent ten minutes at Whole Foods last week creating my own trail mix. Dark chocolate, almonds, peanut butter chips, cashews and those little sticks covered in brown sugar. There’s probably a technical name for them, but it’s 12:30 in the morning and I’m not looking it up. But there are several already pre-mixed trail mixes you can purchase in bulk or pre-packaged, just make sure you ask if you’re not sure something isn’t vegan.

This was something I failed to do, simply because my life is super slow one day and the next I forget to wash the conditioner out of my hair because I’m in such a rush. So, I would highly recommend boiling up a few cups of your favorite rice or starch, mine is short grain brown rice. It takes 45 minutes to cook, but the texture is wonderful and blends well with other dishes. (I’m starting to sound like a food snob. Someone please alert Ina Garten.) Then prepare one dish that can be reheated and won’t sour. For example, chili, Indian curry, Indian masala, seven bean soup and zucchini lasagna. And throwing a sliced avocado on the side or a scoop of brown rice next to it rounds out a wonderful and nutritious meal.

I found myself eating out at least once a day, and my family was very worried I would not find something I could eat at certain restaurants, but rest assured I did. We indulged in Japanese food, and I enjoyed Udon noodles and vegetables with ginger sauce. Or a gorgeous kale salad with cranberries and a side of butternut squash soup at another place. And my personal favorite, Foothills Brewing’s, beer battered onion rings. They were truly divine. However, do make sure you ask your sever if you’re not sure that animal products are being cooked on the same grill or fried in the same oil as what you're ordering, because it would no longer make the food vegan. (Or you could just not ask and pretend it is. I won’t judge.)

I have found myself in somewhat of a rut lately – simply eating the same meals and sticking to what I like and not branching out. But going home, I was forced to change that. My step dad grilled my baby tomatoes and added rosemary and sea salt and holy hell, they were like candy. I also discovered homemade banana ice cream. I would say the hardest withdrawal I am having this month is dairy. I could write an entire blog about soft serve ice cream and gelato and frozen custard and ice cream. Because yes, they are all so different but so uniquely good. My dad was raised on a dairy farm in Randleman, NC so I tend to believe I have milk running through my veins thus, making this hard. However, I froze a few of my bananas from last week and decided to mash one up and it was INCREDIBLE. The texture resembled ice cream, not completely, but it was close enough. And then I Googled it, and sure enough – mashing a frozen banana and adding chia seeds is a real thing. So try that next time you’re looking for something cold and light and yummy. And lastly, theres Greek food. A sweet reader (Hey Randy!) commented about the health benefits and wonderful variety of food the Greeks are responsible for. And sure enough, he was right! While I do not like olives or wine (I know, I know, I’m a horrible person), I do love so much of what the Greek’s serve up. Olive oil with herbs drizzled over hot orzo pasta, grilled vegetables with lemon, or my personal favorite Greek salad, minus the feta.

All in all this week was truly wonderful – visiting family, hugging friends and learning that no matter where you are, eating vegan does not have to be an obstacle.

Be sure to check back Tuesday, November 3 for a full recap of my month and my thoughts. I love you all.