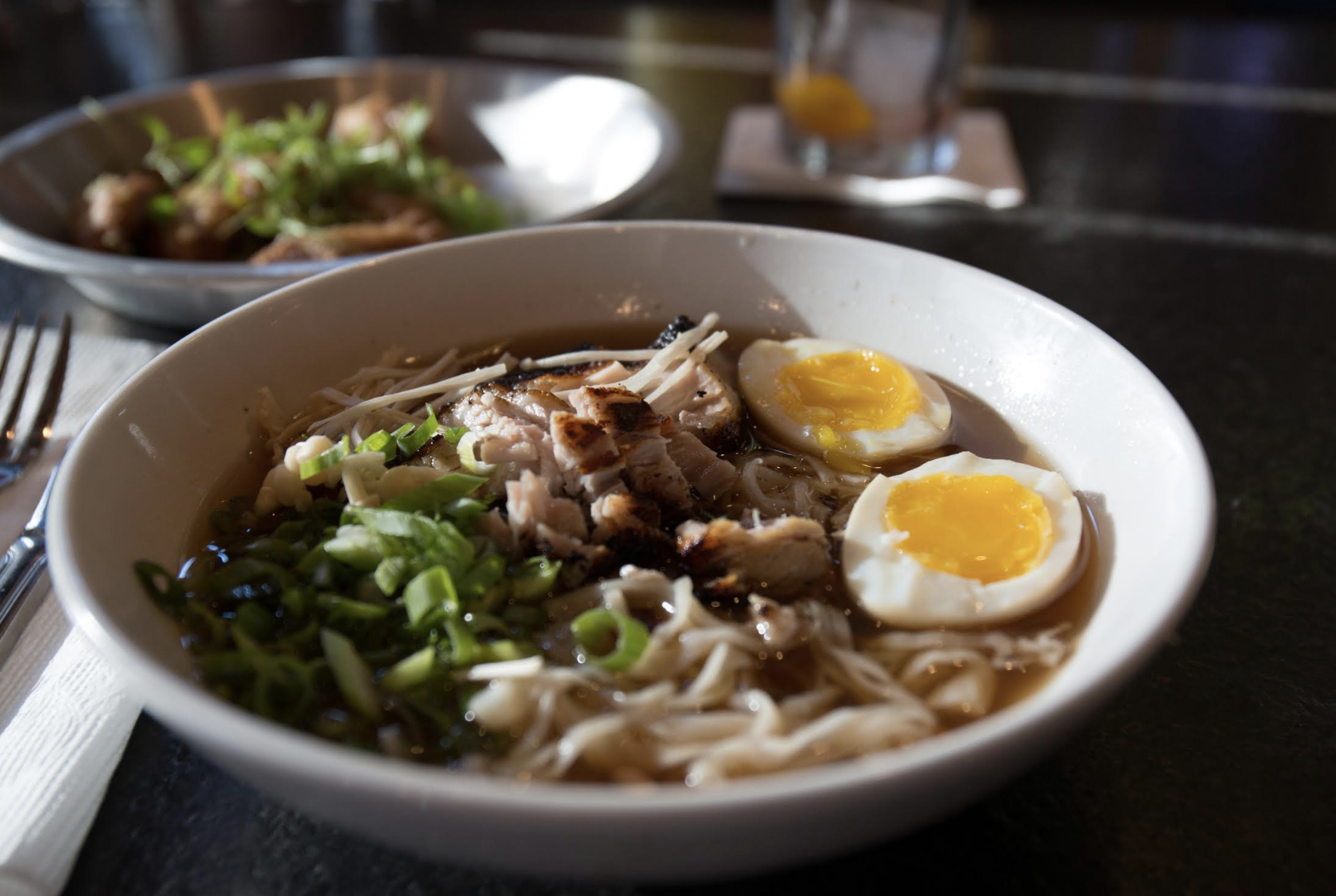 The buzz from the opening of a new noodle shop in Boone is so loud that it's reached Asheville. Gaijin Noodle Bar, tucked into an unassuming strip of campus-facing restaurants and bars on Blowing Rock Rd., serves up Asian food with an emphasis on the hand-made. Noodles, steamed buns, and broth, all created in-house, pair with a wide variety of meats and vegetables, sauces and sides, to create a palette of dishes that range from the traditional to the truly inventive.

The restaurant has been a long-held dream of owners Shelly Parsons and Stan Chamberlain of Boone. Stan, whose family owned Stanley's BBQ in Asheville, grew up in the storied lineage of North Carolina pitmasters and struck out on his own as a chef in regional kitchens. The couple's vision of their own restaurant came out of a visit to Shelley's sister in San Diego. The family went to a nearby noodle bar for dinner and fell in love with the concept. They thought it would work well in the heart of Appalachia. Boone, a quintessential college town, had a lot of food offerings, but nothing like Gaijin.

The restaurant opened its doors in late August. "Gaijin" means "foreigner" in Japanese, and the restaurant embraces long-held customs of Asian cooking while also putting a new spin on certain elements. The food is created to be accessible to everyone, from the die-hard ramen aficionado to the picky eater who doesn't stray too far from southern fare. This means that the menu offers everything from shio and tonkotsu ramen, two staples of Japanese cooking, to "Gaijin Southern" noodles, toasted grit noodles with smoked pork, black eyed peas, and collards in a pork broth. While some of the offerings may seem out of the box, Gaijin takes its ramen seriously: Stan studied with a ramen master in New York City to perfect his noodle technique. 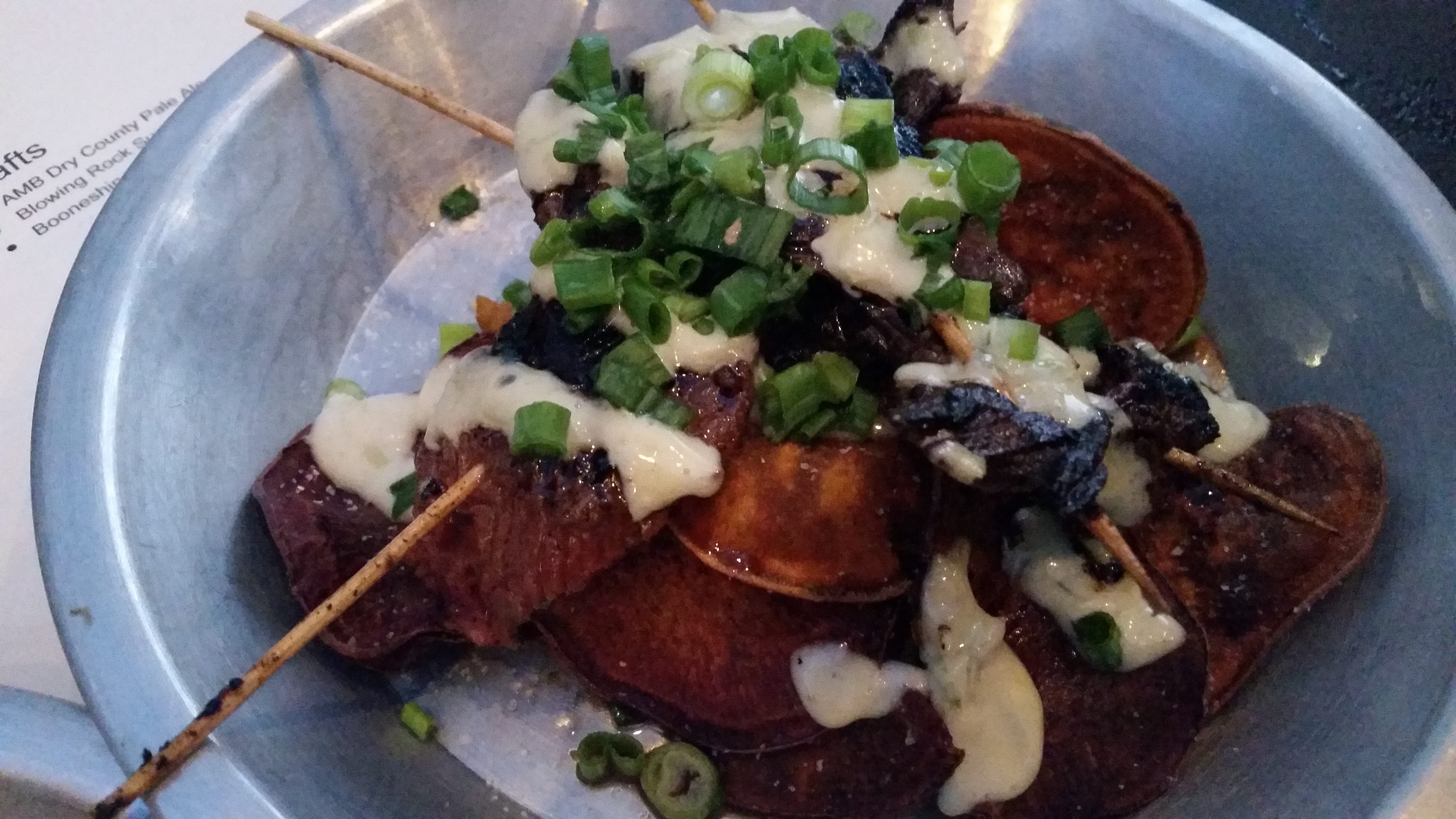 But Gaijin doesn't only do noodles. On our recent visit, we started with several appetizers that showcased the creative breadth of the menu. First up were the shiitake mushroom potstickers, served with a creamy, slightly spicy coconut ginger dipping sauce. The al dente potstickers had just the right amount of firmness and softness, yielding to the deep umami kick of the savory filling within.

Next up: beef tataki. Skewers of medium-rare hanger steak fresh off the grill were accompanied by the southern touch of crispy sweet potato chips and scallion aioli. After that was a dish of blistered shishito peppers sprinkled with salt and tossed in a citrus kewpie mayonnaise. Shishitos are a favorite of mine, and Gaijin executed them perfectly by leaving them unadorned besides the light sauce.

We were especially excited to try the pork belly bun. I haven't had a good pork belly bun since leaving Rochester, NY, where I would frequent another noodle bar and always place two orders for steamed buns. These did not disappoint. The pillowy buns were folded around pork belly roasted in house, dressed with hoisin sauce and Asian slaw. The team at Gaijin learned their bun technique from Asheville's own Bun Intended, so I'm clearly going to have to visit that food truck a whole lot more. 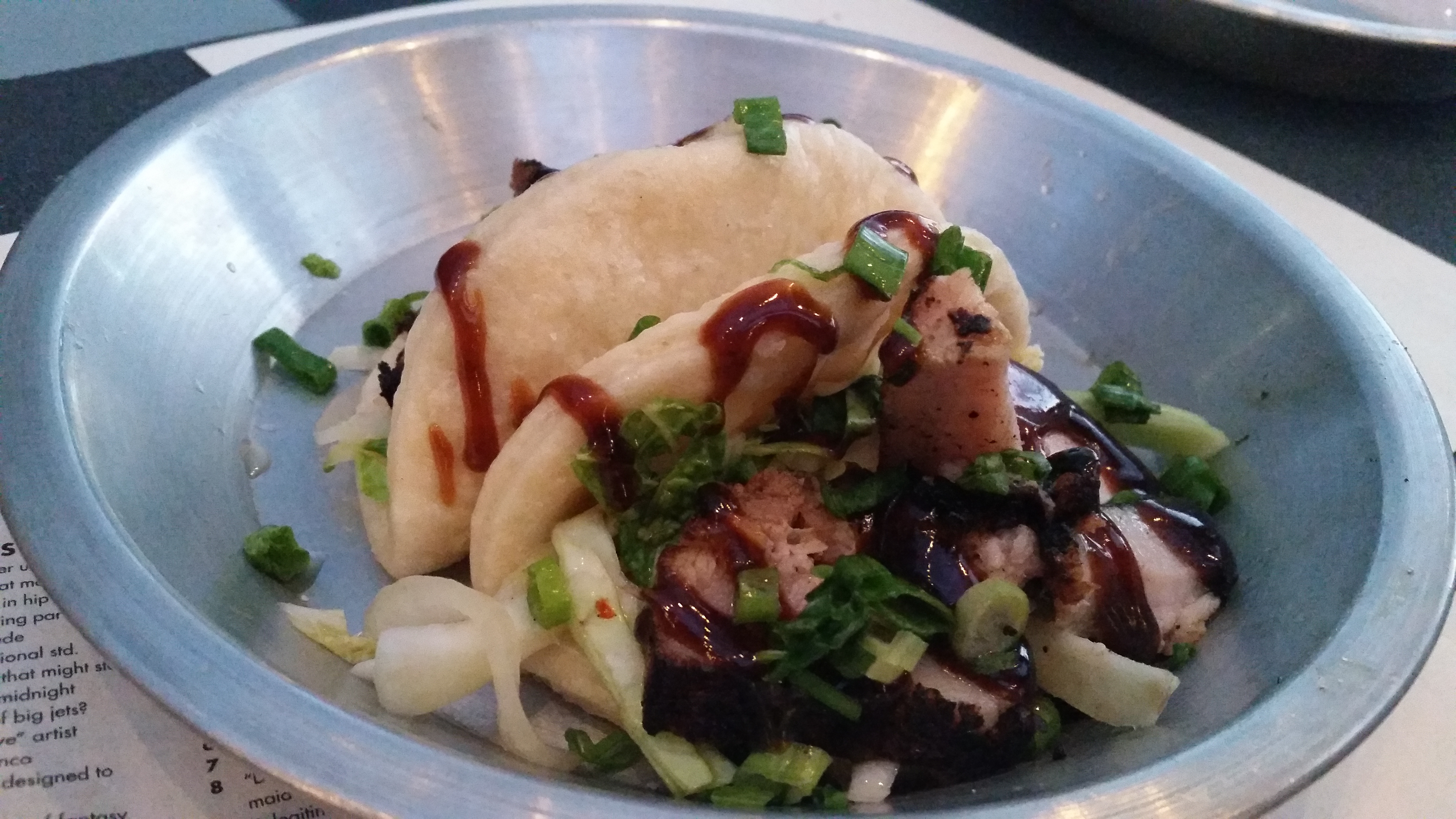 Next up: the main course. After all of those small bites we elected to split the seafood ramen, a less-traditional noodle dish with handmade squid ink noodles, cooked in a delicately flavorful seafood stock and served in a bowl with shrimp and torched hamachi. I'm excited to try their other ramens, including the more traditional varieties and the spicy Kanzuri ramen, made with snow-fermented Japanese chilies.

Splitting the noodles left room for dessert, so (of course) we tried both items on the menu. The first was a deceptively simple plate of smoked sugar cookies with vanilla lavender ice cream. I'm of the mind that you can never go wrong with cookies and ice cream, but this perennial favorite was ticked up a notch by the smoked sugar, which added a deeper tang to the cookie, and the lavender, which brought in a floral note to balance the smokiness. My favorite of the two desserts was a Japanese donut, served warm with soy caramel and a coconut ginger sorbet. This  dish united eastern and western culinary practices in every satisfying bite. The caramel sauce complemented the soft, sugary donut, and the sorbet was light enough to keep the whole thing from becoming too heavy.

The food was our focus on this outing, but the cocktails at Gaijin are a reason to visit on their own, and are perfect to sip on the large porch or at the colorful bar inside the restaurant. Shelley's sister, Heather, moved to Boone from California to create the cocktails and manage Gaijin's bar service, which shares the creativity of the food menu. Although I'm not typically a whiskey drinker, I tucked in a humorously named "Suntory Time," a complex, refreshing cocktail that includes Suntory Japanese whiskey, a muddled Luxardo cherry, sugar, and fig and orange bitters, garnished with a torched orange peel. My friend had the Samurai, a sake cocktail with grapefruit, Thai basil, and house-made hot sauce. This drink had a kick to it, and he ended up gifting it to me, so be forewarned: they don't go light on the hot sauce. 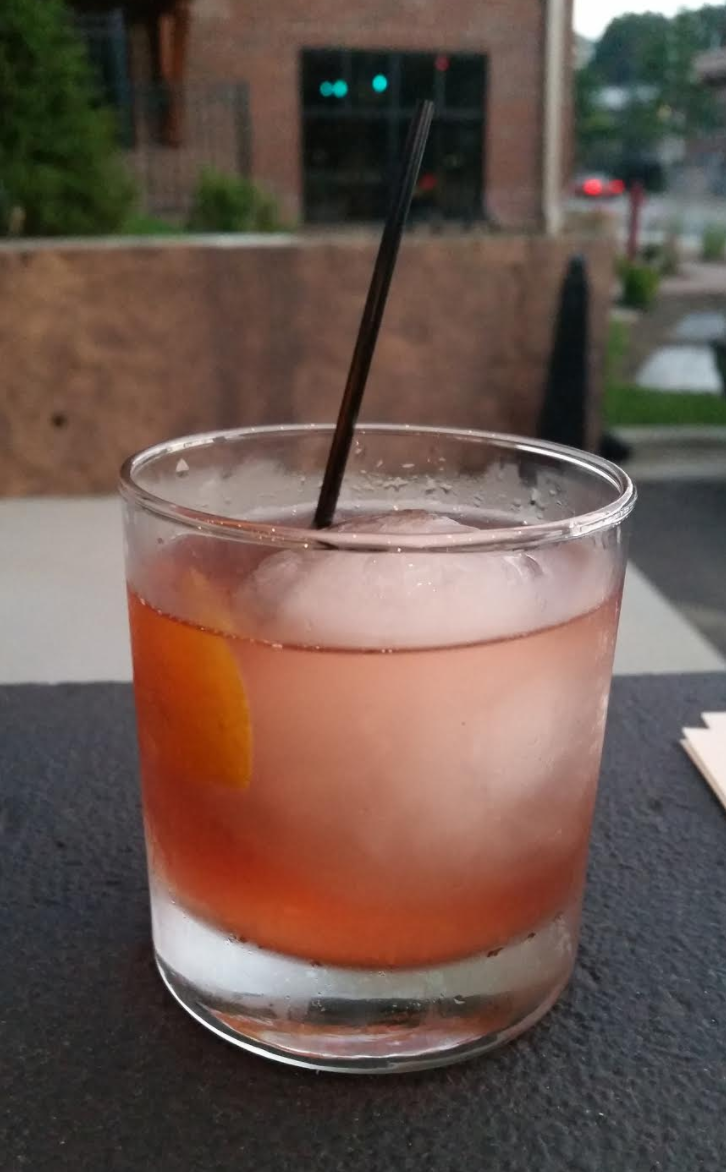 Gaijin's unpretentious, creative approach to Asian food makes it a stand-out option not only in Boone, but in the region. It's a good reason to plan that trip up to the High Country you've had in your sights for a while. You may just find yourself ordering more food to take back to Asheville on your way out of town.

Gaijin Noodle Bar (455 Blowing Rock Rd., Boone) is open from 5-10 p.m. on Sunday through Wednesday, and from 5-midnight Thursday through Saturday.