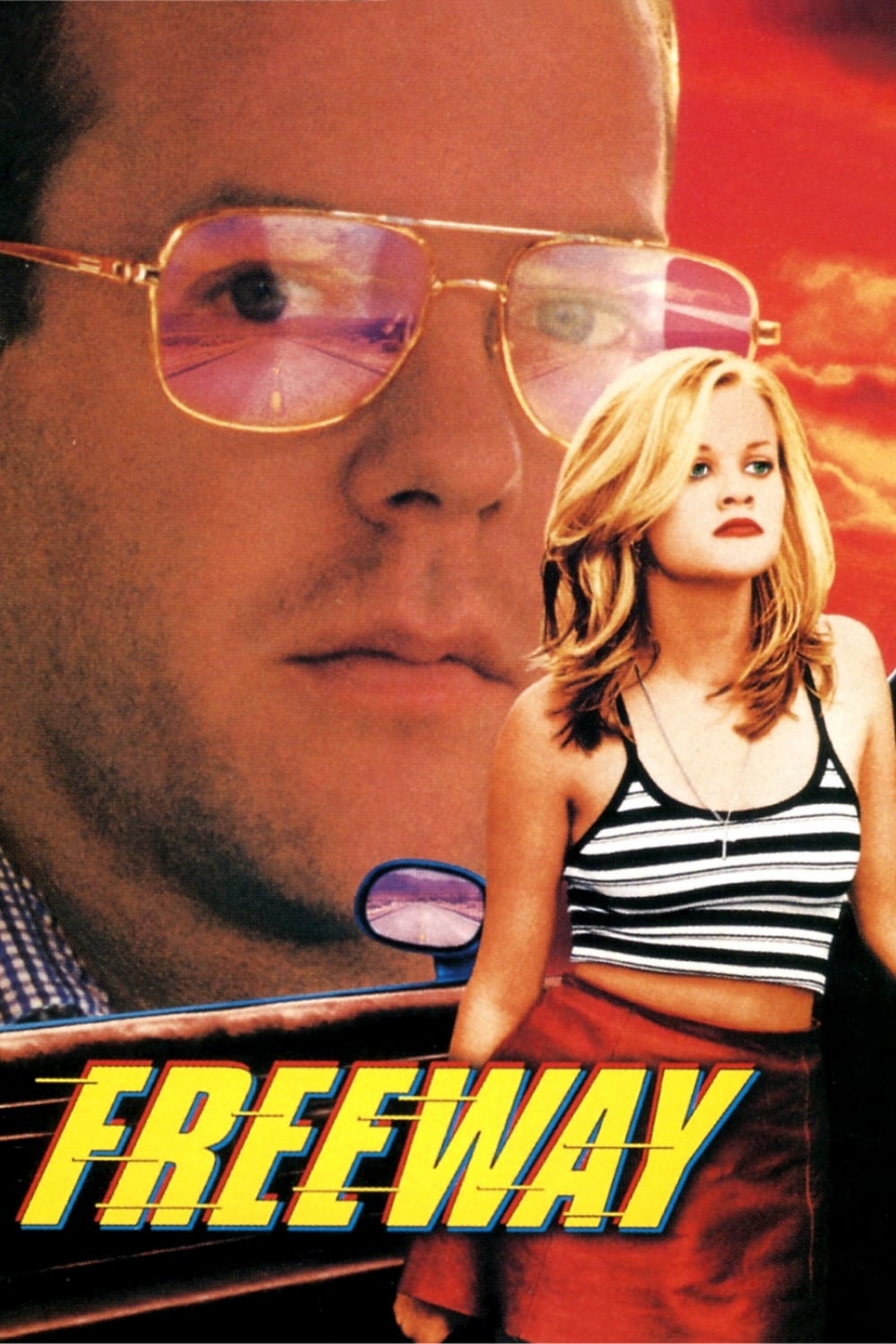 Welcome to Friday Night at the Video Store - a review series honoring the long-lost and highly missed art of wandering the aisles of your local video rental shop. All films in the series were released roughly between 1975 and 2000.

Our resident film reviewer, James Rosario, is a member of the North Carolina Film Critics Association and writes for Razorcake Magazine based out of Los Angeles in addition to his personal blog, The Daily Orca - " a D.I.Y. look at movies, music + more".

I was pretty excited when my wife suggested we watch Mathew Bright’s 1996 film Freeway. I remember watching it in my friend Cory’s mom’s basement on HBO when it came out when I was 18 or so and being wholly impressed by it. Well, I’m still pretty impressed by it. It’s still wild, it’s still subversive, it’s still dark as hell, and the leads are still deliciously vicious and entertaining. Freeway was tailor-made for people like my friend Cory and I. We were Tarantino worshiping kids in our late teens going into our early 20s and just learning about what makes movies good. We liked bad language, weird humorous violence, and anti-heroes. Pulp Fiction and Reservoir Dogs were fresh in our minds and we were ready for the next chapter, and Freeway fit that bill perfectly.

Basically what we have here is a retelling of Little Red Riding Hood based in white trash southern California. Vanessa Lutz (Reese Witherspoon) is a nearly illiterate teenager with a prostitute mother (Amanda Plummer) and a meth-head stepdad (Michael T. Weiss). After they get busted and taken off to jail, Vanessa is left in the hands of Child Services. Instead of letting herself be taken off to foster care, she handcuffs her social worker (Conchata Ferrell) to the bed, steals her car, and heads off to grandma’s house in Stockton. That her grandmother doesn’t know she exists due to a falling out before she was born that included someone getting acid thrown in their face is inconsequential to her. Quite a family. She hits the road in a stolen car, promptly breaks down, and is helped out by a nice fellow named Bob Wolverton (Keifer Sutherland). It's been a strange and quirky movie up to this point, but this is where it gets awesomely bonkers and the ride gets really wild. 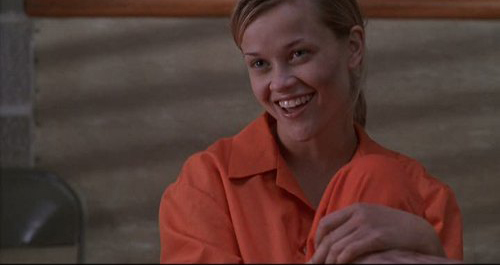 Reese Witherspoon owns her Vanessa Lutz character so fully that it not only made me a fan of hers right then and there, but it made me like her in pretty much everything she’s done since. I don’t love a lot of her movies. In fact, I actively hate some of them, but I love her, and it’s because of Vanessa Lutz. Everything I’ve ever seen her in since, good, bad, terrible, or somewhere in between, I’m drawn to her character in the film. I can’t help but subconsciously picture her in a courtroom wearing her orange jumpsuit saying, “Holy shit…Look who got beat with the ugly stick! Is that you Bob?” She plays Vanessa so convincingly real and sympathetic that her performance has leaked into everything she’s done since. Some may not consider this a good thing, but this reviewer most certainly does. A whole analysis could be written on the complexity of Vanessa Lutz alone. Maybe it will be someday.

Witherspoon’s Vanessa isn’t the only great performance in the film. There’s also Keifer Sutherland’s Bob Wolverton to contend with. Sutherland, like Witherspoon, also played a character early in his career that stuck with me, one that I can’t help but see in everything he’s done since. His Ace Merrill performance from Rob Reiner’s Stand by Me (1986) is on full display ten years later in Freeway. Both characters are sadistic, controlling, manipulative, and rotten to the core. Also, I love both of them, they are without a doubt two of my favorite movie villains from my youth, partly because I totally believe both of them. What amazing sleazeballs! I catch myself dressing like Ace from time to time, and if I were to really put my mind to it, I could probably trace my now long gone smoking habit directly to him. I’m not sure if this is cool or not, you be the judge. Bob Wolverton is Ace Merrill all grown up, with his predilections and impulses all fleshed out. Bob is the perfect Big Bad Wolf to Vanessa’s Little Red Riding Hood, and I suspect Sutherland had a great time playing such a creep. He ought to, it seems to come naturally to him.

I do have a few problems with the movie, all forgivable, but problems none the less. The film is nearly void of any editing panache. I’m a fan of the long take, but their use here seems to exist simply because there wasn’t anything else to cut to. It's as if Bright forgot to get coverage. Sometimes this works very well, like when Vanessa first jumps into Bob’s back seat (this is a great scene, and again, the work of the actor’s should be applauded), but other times I get the feeling that either time, budget, laziness, incompetence, or a combination of all four prevented any other option.

And what of the rest of the cast? Well, it might be best not to ask, but I’ll give you the quick rundown anyway. The word I’m thinking of is competent. Everyone does their jobs, and they’re not even bad jobs per se, they’re just so far outshined by the leads that they become instantly forgettable. It’s not really their fault, the script wasn’t written for them. They simply exist as a vehicle to get Vanessa into Bob’s car, therefore, like the editing, they got skimped on. Oh well, life goes on.

I asked my wife what she thought of Freeway after all these years. Did it hold up? Yes, it did, for both of us. I kept glancing over at her to see her reactions to certain scenes and lines, and she was smiling the whole time. I was too. The movie still gave me the same feeling it did when I saw originally saw it. The film snob and critic in me tried to ruin it by analyzing it too hard, but in the end, my younger self won out. I still enjoyed the ride.