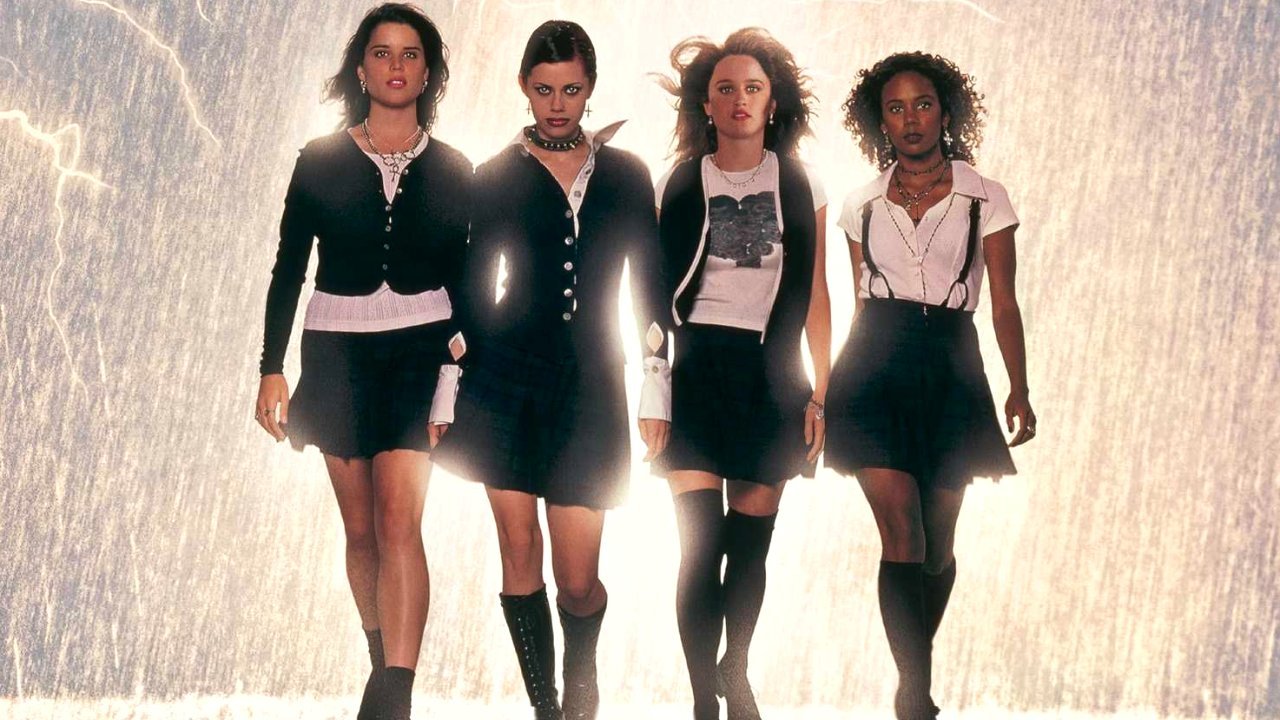 I didn’t see Andrew Fleming’s film The Craft when it was originally released in 1996, but almost everyone else I knew then did. I ran with a pretty “alternative” crowd back then (still do, I suppose) so it was no surprise that many of my friends, mostly the girls, were kind of obsessed with the movie. I guess they identified with the film’s young ladies who hate, and are hated by, everyone at school, wear lots of black eyeliner, march confidently down the middle of the crowded school hallway, and generally scoff at all that is normal and acceptable to civilized society. Apparently, wearing chokers was a very good way to proclaim your “weirdness” in the 90s. Oh ya, and I guess they’re all witches who do spells and stuff too.

The premise is simple. Sarah (Robin Tunney), a high school girl, moves to a new town for a reason that is never given. She starts her first day at school, a Catholic school where Dr. Marten boots seem to be a part of the dress code, where she meets a cute boy, Chris (Skeet Ulrich), and said weird girls, Nancy (Fairuza Balk), Bonnie (Neve Campbell), and Rochelle (Rachel True). The weirdos are apparently part of a wannabe, amateur witch’s coven who need a fourth member in order to maximize their spellcasting abilities. That’s where Sarah comes in. As it turns out, she’s can make pencils balance on school desks, a feat that proves her worth and gains her an invitation into the group.

After a shoplifting spree at the local witch emporium, the gals, now four, are off on their merry witch ways. Things start out innocently enough, getting simple acts of revenge on those who’ve wronged them, but things inevitability turn ugly when Nancy decides to up the stakes by killing some people. Sarah has a problem with all the nasty murder and tries to leave the coven, becoming their most hated enemy in the process.

My friends in high school were no film scholars, (neither was I, but I sure tried) but I had a feeling there wasn’t much to this movie. I still didn’t as I sat down to finally watch it. As it turns out, after seeing it 20 years after the fact, my gift of sight was on the money.

It’s clunky and cheaply made, but that’s not its biggest fault. What’s unforgivable to me is that I found the story lazy. As an 18/19-year-old punk rocker at the time (now a 38-year-old punk rocker), I was always on the lookout for something authentic about what I was into. I never got it, but there were a lot of missed opportunities, this film being one of them. There was a lot of potential here to make something of worth, but instead, the actors, all of whom are good at what they do, just plod through this disjointed mess of a film. There was so much room for real and honest teenage rebellion, but instead, we got petty revenge. “The boy hurt my feelings. He must pay!” I for one am sick of this track. Why must every motivation of women in film revolve around the actions of a man? There was a chance here to do something fresh, engaging, and counter-culture all at the same time, but instead, all we got was reinforced stereotypes that women live to serve men, and that all of their actions are simply reactions to what the boys are doing. Lame.

The cast really is the best part of the movie. The credits read like a who’s who of up and coming mid 90s actors, ones that were expected to go on to do great things. Somehow, none of them did (unless you count Ulrich’s tenure on the post-nuke TV drama Jericho as great). Neve Campbell was coming off some Party of Five success and had the Scream franchise ahead of her, but still managed to fizzle after that, which I find a bit surprising and disappointing. They’re at least having fun with it, though, and that is a plus in the film’s favor. Fairuza Balk pulls off a pretty good psycho teenage witch, and Skeet’s dopey, lovesick moron performance is certainly entertaining, I’ll give him that. 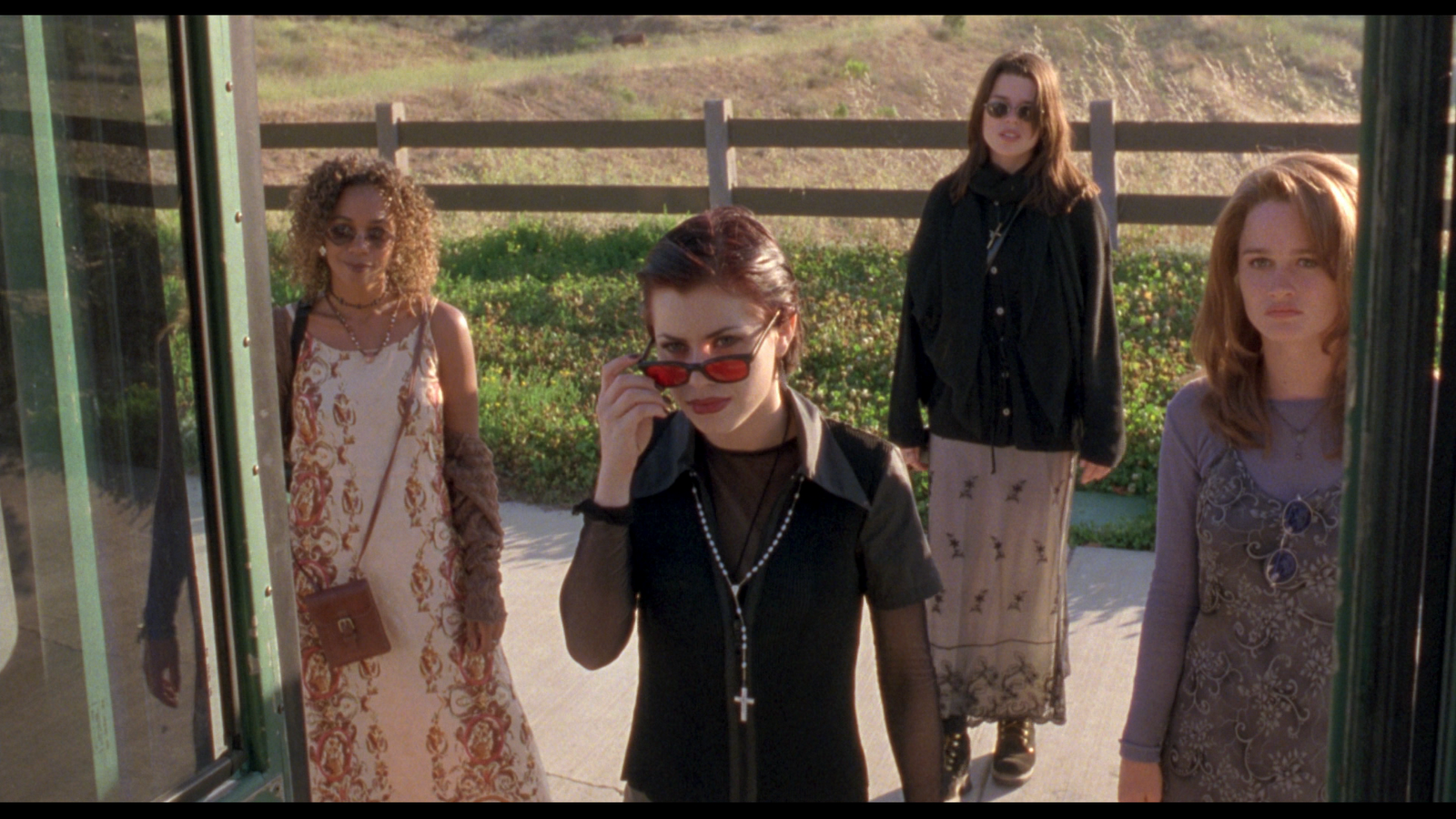 When I think about it, it’s easy to see why gads of 90s teenage girls thought this movie was the best thing since Reality Bites (1994), especially girls with “alternative” leanings. It was easy to identify with the characters and their bad girl personas. They drank, they smoked, they listened to cool music, they dressed in black, they got revenge on those who’d wronged them, etc. etc. By 1996 there had been tons of movies already released that catered to this kind of demographic. Generation X had become a huge market, and every single entity that had something to sell, including Hollywood, was trying to peddle their wares on them. That’s my other beef with this film, it’s blatant pandering to the teens and twenty-somethings of the day. This, of course, is nothing new in advertising or in the movie business, but I think I took it a bit more personal simply because now I was of the generation being pandered to. I wasn’t falling for it, and I had some difficulty understanding why anyone I knew could be so easily duped.

For the record, after watching The Craft again all these years later, my wife didn’t enjoy it like she did when it came out in 1996. She said she understands why she loved it then, and, as I said, I can too if I put my mind to it, but she’s not in her late teens/early 20s anymore, therefore that cheesy teen angst doesn’t strike the same cord it once did. She loves angst, don’t get me wrong, she’s still full of plenty of angst, but The Craft fell flat for both of us. The movie business has always, and will always, vomit out as much schlock as the average American teenager’s parent’s money will allow, and that will never change. The Craft isn’t anywhere near the bottom of the barrel for this type of cash grab, but that’s not saying much I’m afraid. I didn’t hate myself or necessarily feel any dumber for having watched it, and that might be saying something. Take that as you will, but if you want real teen angst, let me know, I’ll recommend some titles for you.

One more thing that’s been bothering me. The candle budget for this movie must have been through the roof. These witches sure love them some candles. 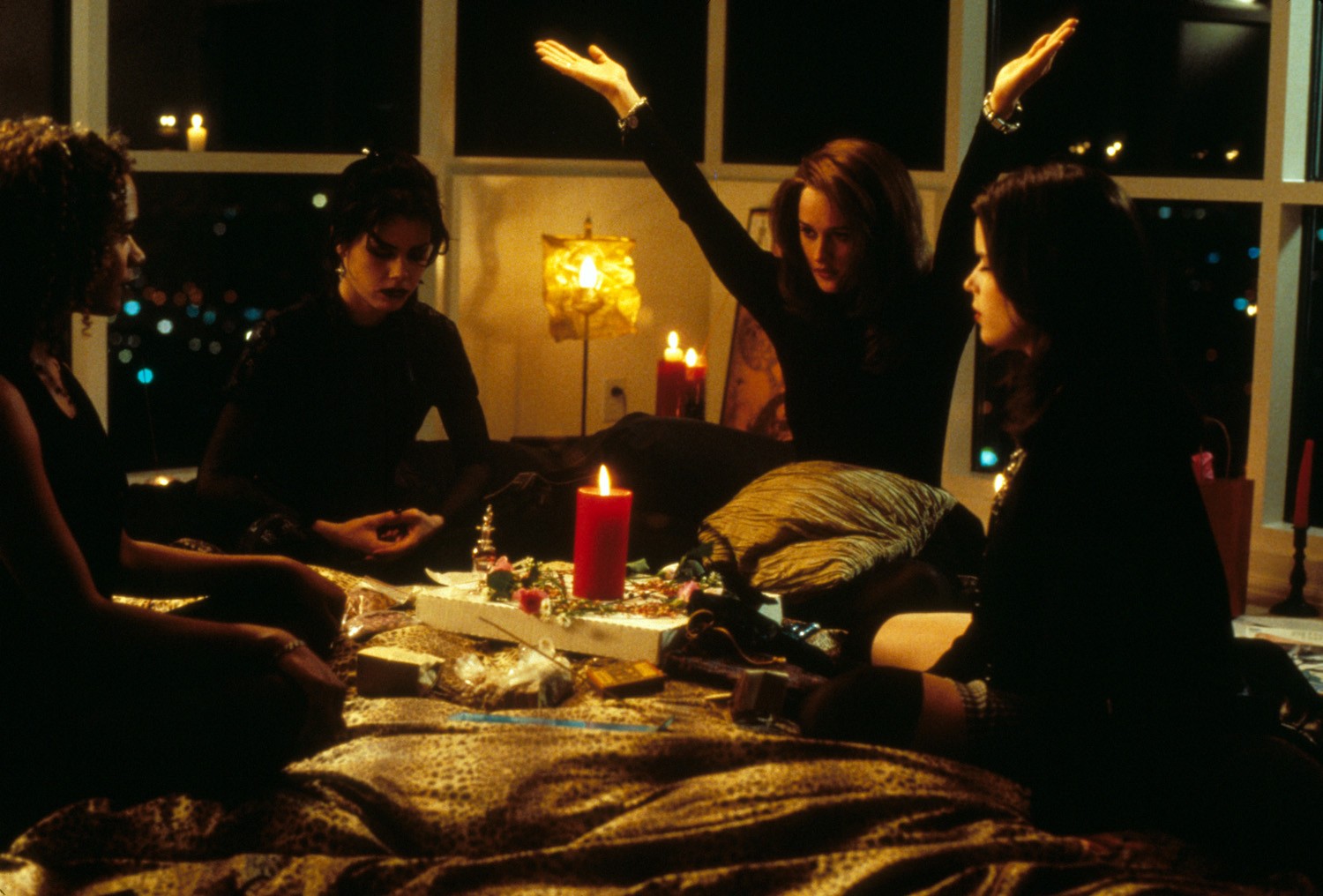