Feature from The Blue Banner: Disaffiliation of sorority sisters raises questions for Greek Life at UNCA

Feature from The Blue Banner: Disaffiliation of sorority sisters raises questions for Greek Life at UNCA 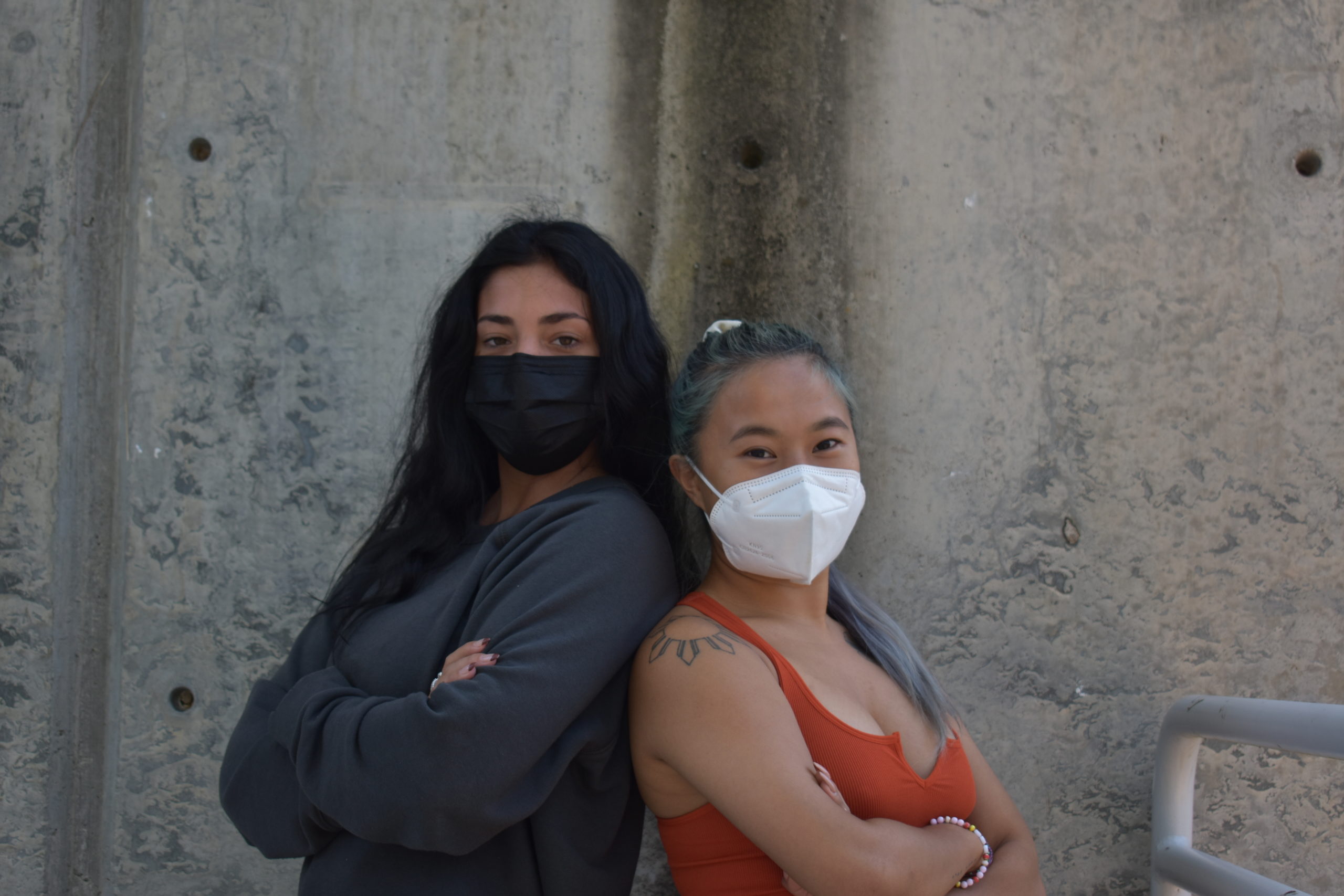 Written by Jemima Malote. Originally published by The Blue Banner on September 21st, 2021. 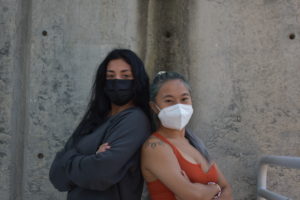 After a year and a half of pushing for change within the organization and repeated push back from certain sisters and the national chapter, Baye Samodal and 24 other sisters disaffiliated from UNC Asheville’s Zeta Tau chapter of Alpha Xi Delta on Aug. 22.

Regardless of her reservations, Samodal joined the sorority during the spring 2020 semester after being convinced by her friends within the organization.

“I was skeptical because sororities and Greek Life is all based on white supremacy, so I was a little scared of that, but I went into it knowing that and wanting to do something about that,” she said. “I also wanted to make real change because I know a big part of Greek Life is philanthropy and things like that, so I wanted to be a part of education and do something more than just be in it.”

Inspired by the Black Lives Matter movement during the summer of 2020, Samodal and the only other three sisters of color in the sorority decided to create the Diversity Equity and inclusion committee, DEI. The committee served as a place to voice their concerns and educate their predominantly white sisters about racial issues.

“It was a lot of education. We had a lot of DEI workshops, we had speakers come in and talk. Part of it was educating white people on how to be allies and how to be anti-racist as well, but also trying to make it a better safe space for BIPOC,” she said.

Despite the creation of the DEI Committee, Samodal said they still faced pushback from some of the sisters.

“They didn’t think the lessons were beneficial to them and that was unfortunate, but a lot of it just came down to them just not supporting our events and our lessons which was very necessary,” she said. “The whole point of anti-racism is to be very proactive about what you’re doing.”

Although some sisters were resistant to the committee’s goals, Samodal said she noticed changes in some sisters.

“I saw it within some people,” she said.

Samodal gives a presentation after a shooting in Atlanta that resulted in the death of six women of Asian descent. She honored the victims’ families, talked about the impact of the Stop AAPI Movement and ways to help the community when suddenly she was told by a chapter leader to hurry her presentation.

“She could have just waited, but it was just so cut off and like hurry up that it was just like I just didn’t want to speak at that point,” she said.

Despite their committees’ goals and support from some sisters, Samodal said a lack of support and push back from leadership on a national and local level hindered the committee’s progression and increased hostility within the group.

After hoping for change, Samodal came to the realization that it was unlikely to occur.

“I have to ask myself is it worth it because as much as I do want to educate people, it’s also really hard, really traumatic to constantly have white people not listen or just even talk negatively about the things that I value. And not even just that, just like my existence because what we’re educating everyone about is the fact that we exist and we need to be acknowledged and we just don’t receive that,” she said. “I can’t do much when the system that I’m working with is already racist, already homophobic, already antisemitic.”

According to Samodal, in a stand of solidarity, two sisters from UNCA’s Epsilon Psi chapter of Gamma Phi Beta disaffiliated from their sorority.

“Just to add to the fact that Greek Life, we just shouldn’t have it anymore,” she said “It sucks that it kind of feels like I’m taking away the opportunity from them because it can bring good opportunities, but at the end of the day it’s more harmful, especially for BIPOC, and there’s so many other things we can do to create change and move things along and help with justice.”

Regardless of whether Greek Life stays on campus, Samodal plans to continue her initiative of educating others.

“Whether it’s through ASIA club or even through Cheer and Dance, any place that I can have a place and be seen and be heard, I’ll do it because it’s important,” she said.

Samodal hopes to use her position as the president of the student organization Asian students in Asheville to continue the DEI’s work and create a safer environment for students of color.

“I can create more change because I don’t have to get my events approved. I don’t have to fight and explain why we need to have an event on solidarity or how to be an ally,” she said. “I don’t have to do that and I think it’s nice to just be able to do my work where I can do it freely and also in a way where I’m still supported and I still have a structure to it.”

A sense of community hides complications

19-year-old Alyssa Harrison wore a white robe and entered a dark candlelight room. The door behind them locked as the sisters welcomed the angels into the room and began their initiation.

One by one, the sisters took turns repeating a passage from the bible. Soon, Harrison, a person of Jewish faith, recited their passage.

“No warning, no nothing,” she said. “I was actually there at inductions terrified that I was being inducted into a Christian organization. I didn’t mean to join the Christian sorority, I meant to just join a sorority.”

After receiving recommendations from their mother and roommate, Harrison pursued Greek Life as a means of making new friends during their freshman year.

“I was looking for a close-knit group of friends and it felt like a good way to find them,” she said.

Harrison rushed for both sororities on campus but became charmed by the sense of community within Alpha Xi Delta.

“It was the coolest thing to me seeing sorority sisters living together, and I just thought it was so cool that they got that close because of a sorority,” she said.

Harrisons said their experience rushing for a sorority was different from the one their twin sister encountered at Appalachian State University.

“They had to do special outfits and it was judged on how they looked and what classes they were taking, their majors and weird stuff. Here, you’re literally put in like a Zoom breakout room. I’m assuming in person it would be one-on-one and we just talked about what you were into,” she said. “I really loved Greek Life here because it felt so not fake, but then s*** happened and they were like ‘whaaat’ and it felt very fake after that.”

While rushing, Harrison’s interest in the DEI committee grew.

“It was just so awesome to find a group of women who all want to actively make each other better and it just, it was really nice,” she said.

After the sorority scheduled an event on a Jewish holiday, Harrison felt even more estranged from their sisters. They later asked leadership to reschedule the event, who apologized and consulted with Harrison on further dates that conflicted. Afterward, the DEI committee offered her a place to speak.

“I go into depth about my trauma, and it’s like bullying when I was a kid, like being like ‘Where are your horns’ and getting your hair ripped at in elementary school,” she said.

Before the start of the presentation, the leadership moved the meeting from mandatory in-person to an online meeting. After seeing Harrison distraught, a sister requested an optional in-person meeting, which the leadership approved.

“The only people who showed up in person were in the DEI committee. The entire DEI committee came and saw my presentation and it was just really awesome and everyone else was online with their cameras off,” she said. “It’s just so upsetting that I knew people weren’t listening.”

Harrison said a systematic change needs to happen in order for Greek Life to stay on campus.

“Racism is a giant issue, antisemitism is a giant issue, and it’s not something that can be solved over bonding, and those were the only things they gave us,” she said. “This whole week’s been a mess mentally, and if this is me, someone who’s experienced it for one year and is white, I can’t imagine what anyone else is going through.”

“Our Greek organizations are able to remain active,” she said.

“You can’t bring a new chapter and it be done and implemented on campus within moments, whereas for student organizations, it lives on campus and it doesn’t really live anywhere else,” she said.

According to Jackson, if students face discrimination within a student organization, they should report it either directly to her, to a programming supervisor or to the Bias Incident Response Team.

Jackson said as long as students are inclusive and meet the required criteria, they can create a student organization. “There’s a lot of freedom in that, and I think that it gives students a voice and one body to feel like they belong, to be in fellowship with other students that can relate to them on some level. And I think that in itself creates a sense of belonging and it helps students feel like they can be here and can be themselves in these spaces,” she said. “We don’t just say, here’s a space, we also say here’s funding, we also say here’s a way to make your experience and relationships even stronger on campus.”

The original article can be viewed on The Blue Banner's webpage here: http://thebluebanner.net/panhell-disaffiliation-of-sorority-sisters-raises-questions-for-greek-life-at-unca/