The faces of sexual harassment in Asheville's restaurant business

The faces of sexual harassment in Asheville's restaurant business 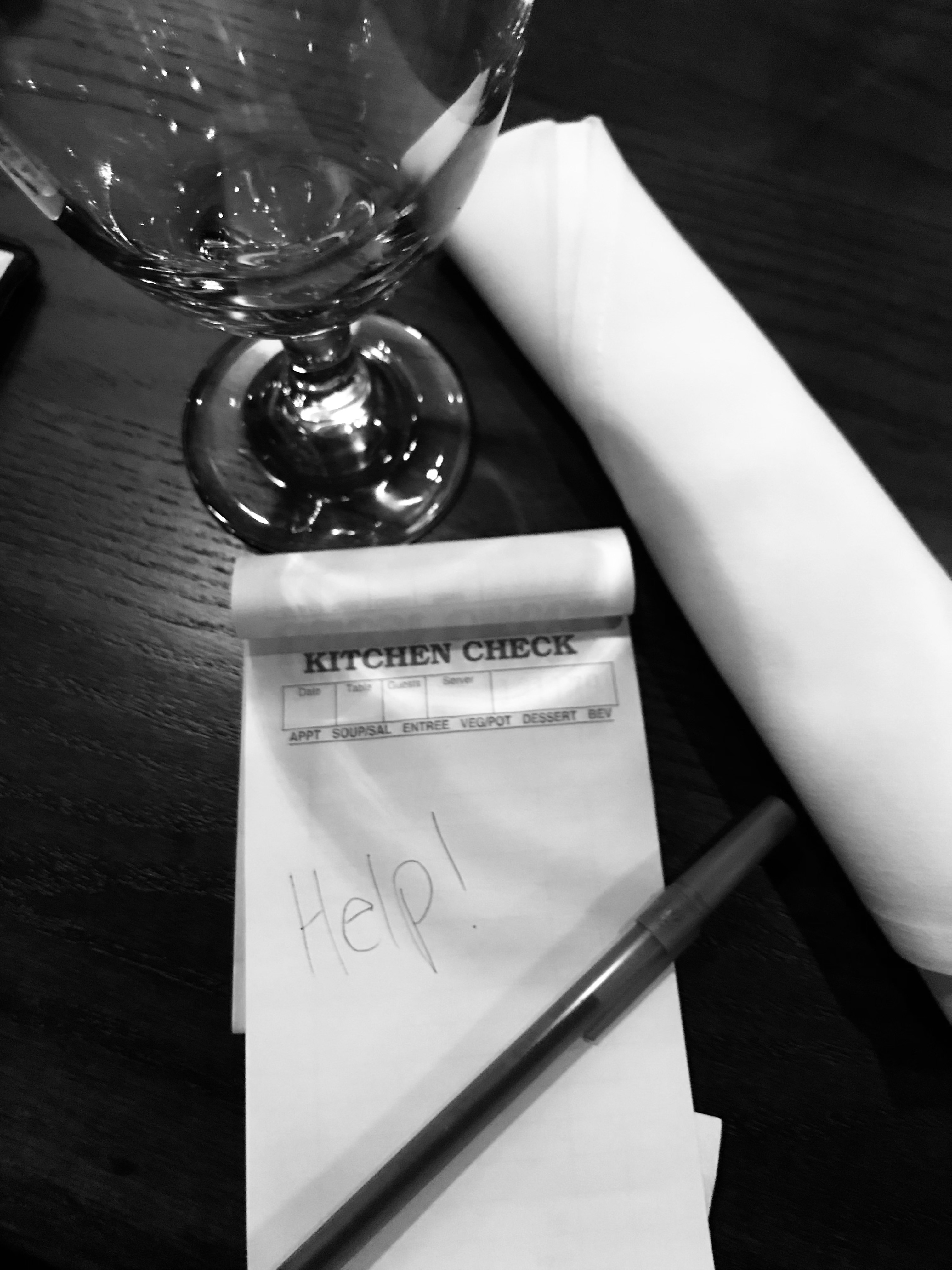 CONTENT WARNING: This article contains topics of and related to sexual harassment that may be triggering for some readers.

I originally wrote this article for UNCA's The Blue Banner.

Women from multiple local restaurants who have faced sexual harassment were interviewed for this article.

Jenna Hudson, a local of Asheville, has worked in the food-service industry for many years. She feels that the harassment in Asheville restaurants is out of control. “I cannot wear pigtails at work anymore because anytime I do I get a comment on how they are useful in the bedroom.” Hudson is a 20-year-old, single mother who began working in the food service industry to help support her and her son. She believes that severs, hosts, chefs, and anyone who works in a restaurant should be able to make a living without harassment.

Hudson believes that the overtly sexual comments made to her should be taken seriously and that there should be consequences put in place. “We should be able to tell people when they say something inappropriate without losing our jobs or getting in trouble or losing our tips, I’m done with having to laugh it off awkwardly,” said Hudson. Hudson ended up leaving food service at the beginning of the year.

Asheville is experiencing a huge boom in tourism and the population. With this boom, many new restaurants have thrived. While there are new restaurants, the current climate of sexual harassment in Asheville restaurants is nothing new. This problem has been around for years and still continues.

Claire Long is 50 years old. She has lived in Asheville since 1995 and has worked in the restaurant business in Asheville for 15 years. Long was sexually harassed by the owner of a restaurant she worked at.

Long claims that the owner had previously been sued twice for sexual harassment by former employees. He won both suits. “He would meet me at the time clock when I came in, give me a hug, grab my rear, with two hands, jiggle it and say ‘you have such a beautiful face,’' said Long. She described an out-of-control kitchen without boundaries. She said that she was not the only one and that they had to warn new hires of what was coming. “That was the reality, that was a business that had been in Asheville for years, and everybody knew,” said Long. She claims that as a server you had to get your towels from the kitchen. When asking the kitchen for towels, the kitchen staff would fold the towels into the shape of male genitalia on multiple occasions. “They would put them on the surface in which you pulled your plates off. You had to, under the lights, where everyone could see you, grab a penis-shaped towel,” said Long.

Long was unable to continue working at this restaurant due to the harassment. She ended up leaving her job. When Long picked up her final check she had her daughter in the car. When she came back into the car her daughter asked her if her boss groped her. Long told her daughter “yes, yes he did.”

The dynamic between front-of-house and back-of-house workers can be complicated. “Chefs will make sexually motivated comments to their fellow chefs and servers and the hosts if they find their way into the kitchen. It's an environment where hierarchy is everything” said Madison Clark.

Madison Clark is an UNCA student. She also believes that the ‘culture’ stems from a lack of accountability. Clark has been exposed to the food industry her whole life due to her parents being chefs. In her own experience, she has never been harassed by her co-workers. That said, she and her parents both understand the culture surrounding sexual harassment in restaurants. Clark believes that change needs to happen from the inside. She thinks that common practices and protocols are not effective for sexual harassment in restaurants. “a change in the conversation needs to happen. Sexual harassment seminars don't work and the only way to get this to stop is to be more hard-hitting in punishment” said Clark. She believes that this can be achieved by termination or demotion.

The Asheville community is capable of rallying around this issue as proven by the protests surrounding Waking Life Espresso back in 2015. The protests were in response to the owners posting sexual and degrading things about women. One of the owners posted this “Men’s problem is finding attractive, valuable women who will submit” according to the Asheville Citizen-Times. In the Asheville community, there was a public outcry to these comments. People came together to raise money for Our Voice, a rape crisis organization.

If you or someone you know is being sexually harassed in your place of work contact Asheville Sustainable Restaurant Workforce, Asrw.herokuapp.com. ASRW's mission is to
improve the economic environment and human rights of restaurant workers in Asheville NC through awareness, advocacy, and action. You can also call Our VOICE a 24-hour crisis line: 828-255-7576 or text VOICE to 85511.