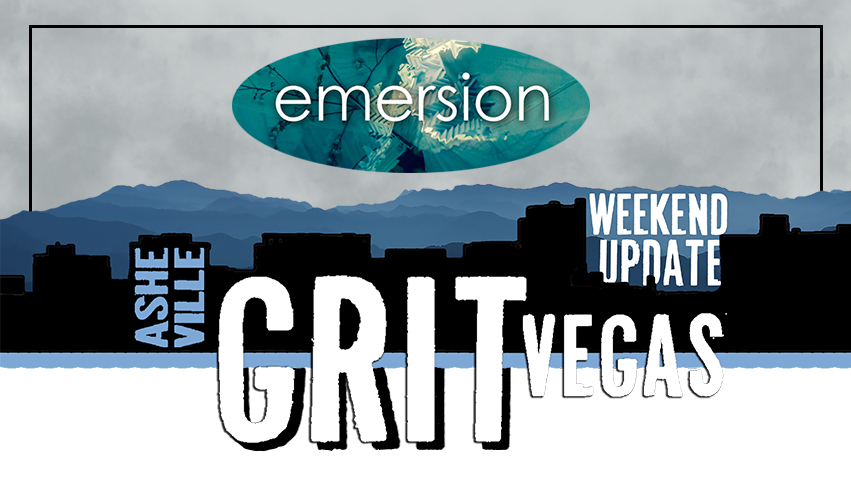 Howdy, folks! It's the first official weekend of summer. How will you be celebrating? We've got a few suggestions, including our featured event of the weekend—the theatrical performance emersion.

Party with a Purpose @ the Boathouse

Join the Asheville Affiliates at the Smoky Park Supper Club's Boathouse to celebrate nine non-profits. Tickets are $25 in advance and $30 at the door.

Pieces of Tangier with Jenny Roberts @ the BLOCK off Biltmore

Filmmaker Jenny Roberts presents Pieces of Tangier, her documentary about a barrier island community in Virginia that is being lost to erosion. Q&A to follow; check out the trailer below.

Science Pub: At the Interface @ the Collider

Charles Floyd, a freelance designer and the former art director of National Geographic, will present "At the Interface: Bridging the Gap Between Science and Public Understanding Through Art and Design." Free, beverages and light food provided. The talk begins at 6:30.

This wildly imaginative theatrical performance is an exploration of themes of sin, transcendence, mythology, sensuality, and more, all in a 100-year-old home in Montford. Organized by Grayson Morris and with a cast of characters that range from storytellers to puppeteers, the performance happens over several rooms filled with surprises. Sign up online first; space is limited. $10 at the door (cash or check).

Hard Exercise Works hosts the inaugural Drums and Dragons event at Lake Julian. Teams have already signed up, so if you're not competing this year, come and support on the shoreside.

A festival of the foods, costumes, dances, music, and cultures of Latin American in downtown Asheville. Check out the full lineup and more details here.

A Good Trip with Shane Mauss @ the Mothlight

Comedian, podcast host, and science whiz Shane Mauss brings his psychedelic comedy show to the Mothlight. This time around, he's also including a talk on DMT. This show sold out both times it came to Asheville; get your tickets now. Read our interview with Mauss on Asheville Grit here.

AVL Flea for Y'all @ Asheville Outlets

The popular flea market invites you to wander through its wares on Sunday morning or afternoon at the Asheville Outlets. Vintage pieces, art, and other unique items for sale.

The monthly MG Road flea market is back. Find new (or new to you) treasures and enjoy food, drink, and conviviality at the popular Wall Street bar.

Shane Mauss and Here We Are Live @ The Mothlight

Come back to the Mothlight on Sunday for more Shane Mauss, when he'll record his popular Here We Are podcast live. He'll be interviewing the head researchers and co-therapists behind the Multidisciplinary Association of Psychedelic Studies' (MAPS) MDMA/PTSD studies, Drs. Michael and Annie Mithoefer. The podcast taping will include an audience Q&A. $10.