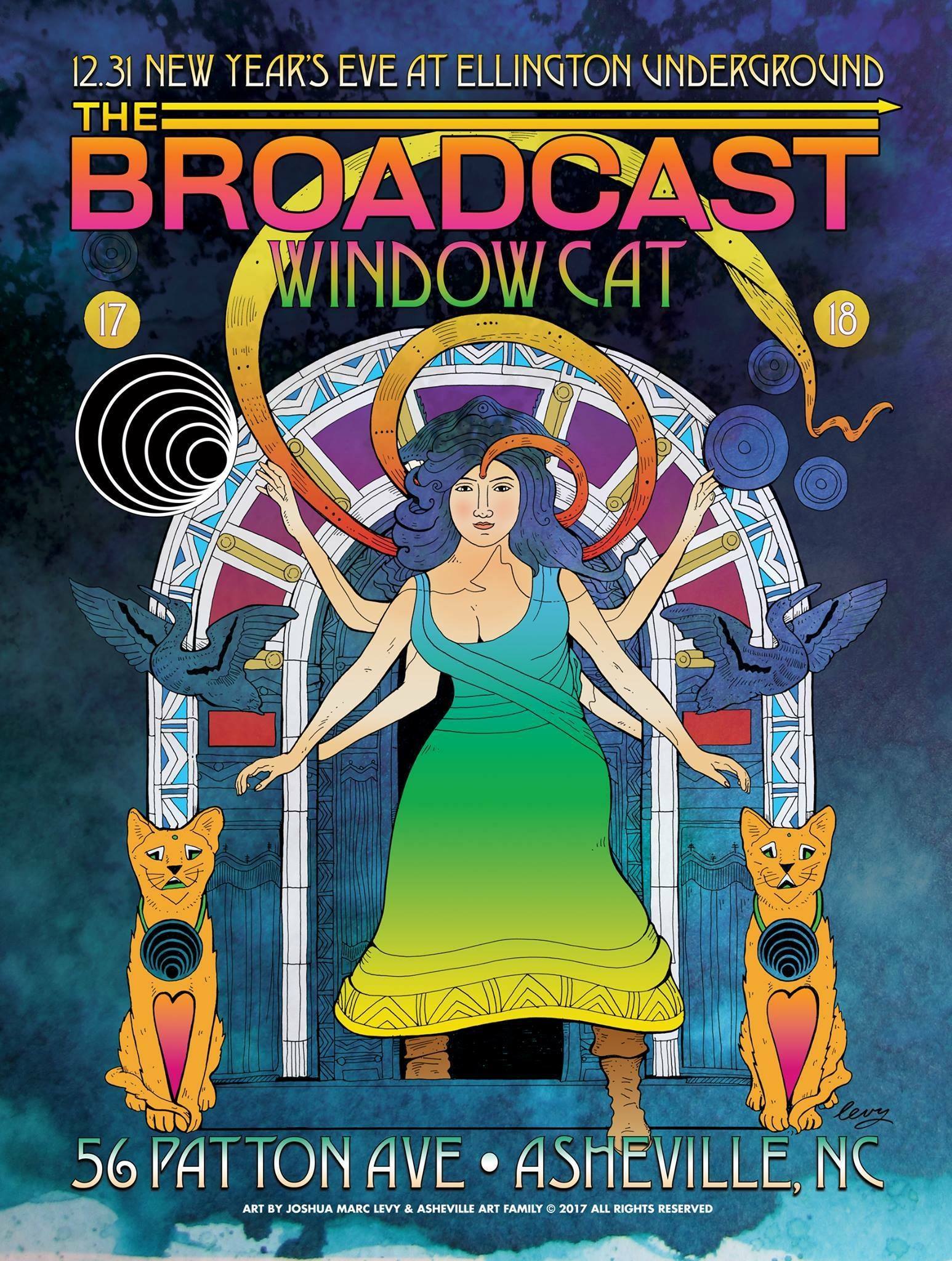 The newest venue on the scene is also getting some of the best reviews in town. Located on the lower level of the historic S&W Building in downtown Asheville (56 Patton Ave.), known for its splendid art deco design elements, Ellington Underground conserves Asheville's past while looking squarely into its future, bringing musical acts of all genres—from hip-hop to rock, electronic to singer-songwriter—into its space. Each show is an unforgettable event because of Ellington Underground's state-of-the-art sound system and careful curation.

Today, we have two tickets and a prize package for Ellington's New Year's Eve bash, featuring two of Asheville's best groups: the Broadcast and Window Cat. Window Cat synthesizes jazz, soul, rock, and experimental genres to produce sounds that exemplify creativity and vision. Comparisons to Haitus Kaiyote and Snarky Puppy are warranted, but Window Cat also creates something that is all their own.

The Broadcast brings soulful blues and roots rock that you can't help but dance to. When their sophomore album was produced by Jim Scott (Tedeschi Trucks Band, Tom Petty), the Broadcast hit the big time, and they haven't stopped since. They've played alongside John Prine, Betty LaVette, and the Wood Brothers (among many others!). They'll spend NYE in their beloved mountains, and it will be a celebration remembered for years to come.

Want to enter this Gritmas giveaway? It's easy: Just fill out the form below. We'll close the giveaway at just about midnight and announce our randomly-selected winner by midday tomorrow. And remember to play by the guidelines of Gritmas:

* You can enter once daily. Duplicate entries will be deleted and may be grounds for disqualification (i.e., please don't annoy us with duplicate entries).

* You can keep entering giveaways until you win; upon acceptance, entries in future giveaways will not be counted.

* You can always decline a giveaway if you do win it in case you want to keep entering for other prizes.

This giveaway has ended. Thanks for entering!