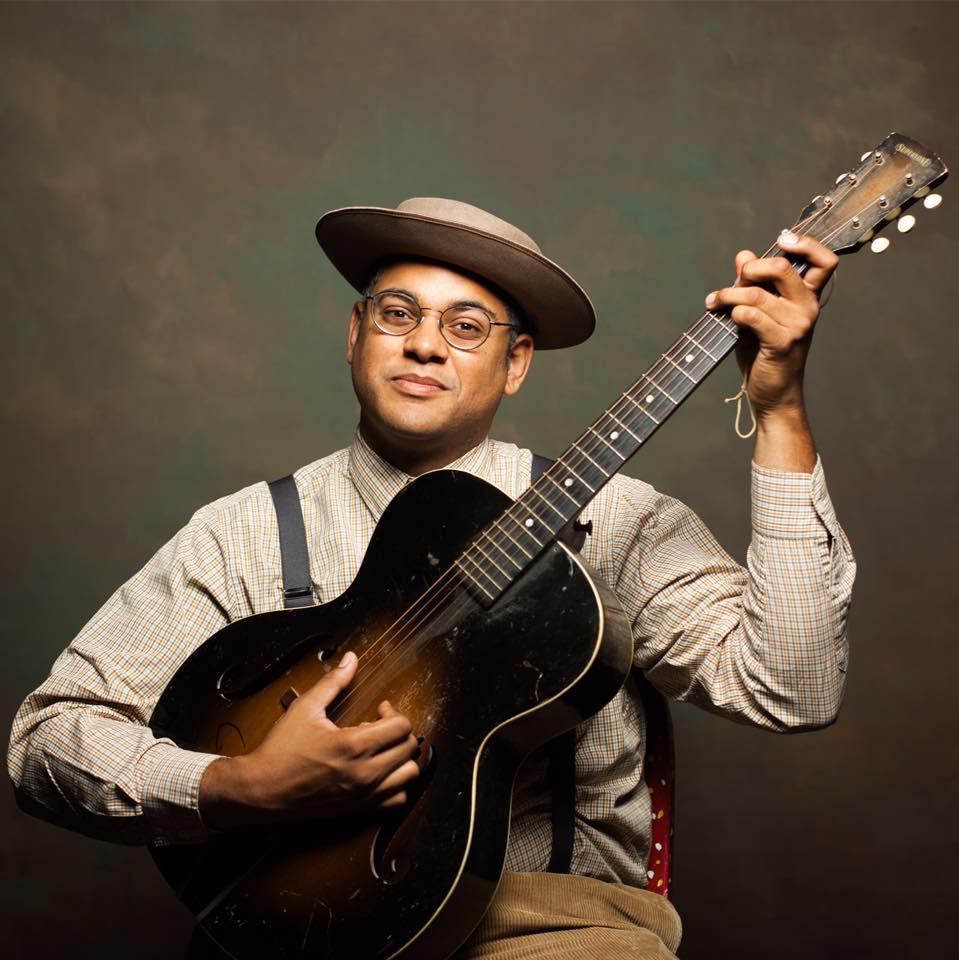 This looks like an intimate space to hear some great music. Here's the press release:

North Carolina Stage Company announces a summer series of some of the nation’s most talented songwriters, performing live this July. Artists have just been announced and will include Dom Flemons on July 27. With only 125 seats available, Up Close will seem like your own personal concert.

Dom Flemons, one of the founding members of the Grammy Award winning Carolina Chocolate Drops, is described as “The American Songster.” His repertoire of music covers nearly 100 years of American folklore, ballads, and tunes. He is an expert on the banjo, fife, guitar, harmonica, percussion, quills, and rhythm bones. His albums include Prospect Hill (2014), What Got Over (2015) and this year’s Black Cowboy. He has performed in venues like Carnegie Hall, Cecil Sharp House, the Grand Ole Opry, and the Opening Ceremony for the National Museum of African American History and Culture. Link here.

North Carolina Stage Company has been named one of the “50 Best Small Stage Theatres in America” by clicketticket.com, one of “North Carolina’s 10 Best Live Theatre Venues” by Best Things NC and is consistently voted “Best Theatre” by the readers of the Mountain Xpress.

North Carolina Stage Company is located at 15 Stage Lane in downtown Asheville and has been producing professional theatre in its 125-seat playhouse since 2001. Now in its 17the Season,

NC Stage continues its commitment to artistic excellence, intellectual exploration and education. For information on season passes, upcoming productions, educational opportunities and much more, call the theatre’s box office at 828-239-0263 or visit www.ncstage.org.