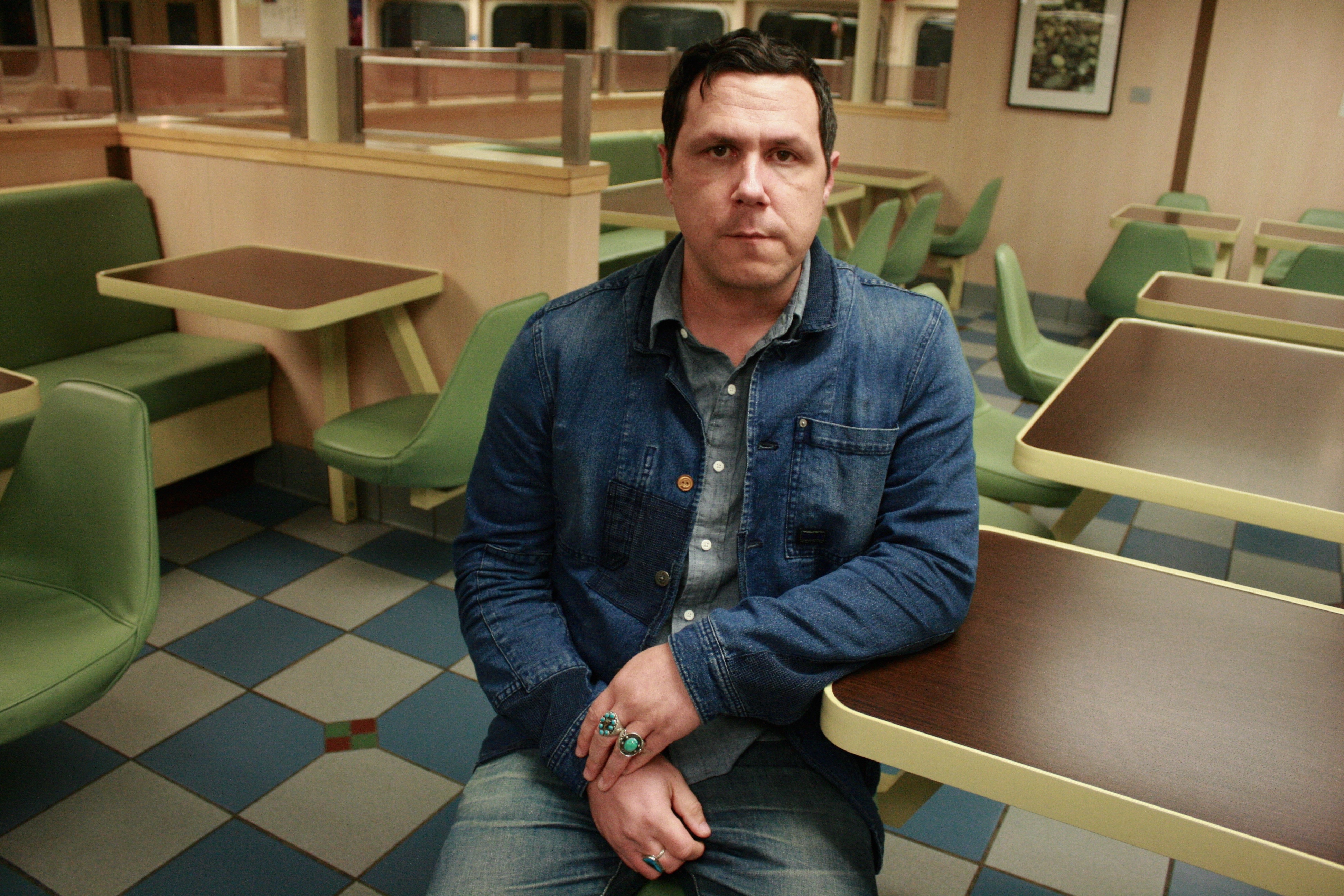 Damien Jurado's most recent album, Visions of Us on the Land (Secretly Canadian), is driven by lyricism and story-telling. The final record in a trilogy that also includes 2012's Maraqopa and 2014's Brothers and Sisters of the Eternal Sun, it follows the travels of a character who abandons society to seek the wisdom of higher, universal truths. Jurado plays West Asheville's Mothlight this Saturday, November 12th.

The Seattle-based musician has had an impressive 20-year career marked by prolific production. Visions of Us on the Land is psychedelia-tinged and poetry-filled. Vocals are layered over the shifting sounds of the hero's musical journey. Fragments of distorted laughter, jangling guitars, fuzzed-out background voices, and evocative synth lines create a expansive aural landscape, a world as seen through a man's (mostly) solitary quest. The visually evocative album could be the soundtrack to the life of this nameless character, an everyman figure whose disillusionment with society leads to a new arc in his personal evolution. A traveling companion on his journey, Silver Katherine, accompanies him as they leave a commune, their resting spot on Brothers and Sisters, and head off into uncharted territory.

Jurado's lilting voice is meditative, often quiet on this record. It reminds me of both Nick Drake and indie group Calexico, spun out in the direction of 60's folk and channeled through a desert dream. He invites listeners into the mind of his narrator, revealing the delicate beauty of the human experience, its range between transcendence and loneliness, celebration and grief. There's a touch of the sacred in these songs, and hearing them is a gorgeously intimate experience. Seeing Jurado play live will extend this intimacy into the format of performance. It's sure to be a remarkable night.

Nashville native Luke Roberts, who just released his album Sunlit Cross on the Thrill Jockey label, opens. His sound is just an intimate as Jurado's, but with a decidedly Appalachian twang. Songs invoke mountain landscapes, the green hills and hollers that pepper Roberts's video for the single "Silver Chain" (Kurt Vile plays banjo on the track). Inspired by his experiences traveling the world, Roberts has woven together an album that is as personal as it is global, as connected to events at home as to events across the world, whether in Cambodia or in Kenya, where the initial inspiration for the album came to him. Roberts pulls in these and other life experiences, including a train-hopping past and stints in a Montana trailer and as an aspiring farmer, to create tracks that are heartfelt and shot through with hope.