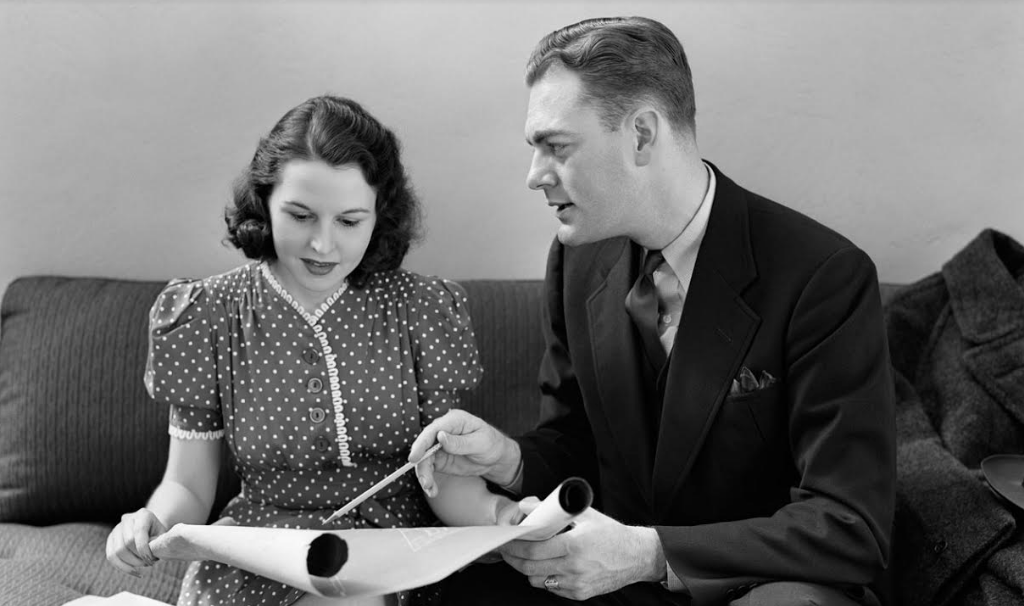 Can you explain mansplaining to me? I know how ironic that sounds, but in all seriousness I don’t get it and have been told I do it. I get that I shouldn’t dominate conversations but sometimes it feels like I’m not supposed to join in at all. How is that supposed to work? I’m not condescending or patronizing but if I am having a conversation with someone who does not know as much about a subject as I do, how can I not explain it, as a man?

First off, thank you for mansplaining to me how you don’t mansplain. I understand it on a whole new level now and am humbled that you took the time to explain that to me. Sorry, you kind of set yourself up for that one. The definition of mansplaining (as you touched on) is to comment on or explain something to a woman in a condescending, overconfident, and often inaccurate or oversimplified manner. This is very different than just adding your knowledge or opinion to a conversation. You know how sometimes people don’t know they smell? Maybe you don’t know that you mansplain.

Ask yourself a few questions. Do you often assume that women are less educated on any particular subject than you are? Has the person you are talking to explicitly asked for the information you are telling them, or are you just assuming that they want to hear your explanation? Would you repeat exactly what you are saying to this woman to a man?

If you answered yes to any of those questions then you are a mansplainer. So, you can either go through that checklist every time you have a conversation until it becomes second nature, or you can look at why you do it and try to fix the root of the problem. The first step to recovery, of course, is admitting that you have a problem. You might be able to sit and reflect for a while and come to that conclusion rather quickly. Or, you might be a harder case that requires a small stuffy interrogation room (in your soul) or a week at a silent meditation retreat sitting on a rock in a loincloth before your epiphany comes to greet you in the form of a bald eagle.

Upon making this unattractive personal discovery you might find a toddler like reflex kicking in, where you slam your metaphorical door and sit pouting on the floor channeling Steve Buscemi in Fargo with mumbles of, “Fine! I’ll never explain anything ever again! I won’t even talk. See how you like it. Total silence…” But let’s curb that urge and dig a little instead.

I’ll start with me. I used to be a nanny and I adored the children I sat for but I totally thought I was smarter than them. When they would ask me questions I would go on and on with vibrato and confidence often about topics that I had no authority on. I was essentially an adultsplainer, callously assuming, because of their eight-year-old brains, that they were rapt by my vast knowledge and wisdom of the best pizza in NYC or the meaning of life. Moreover, I figured I knew more than they did which gave me annoying confidence in any subject. 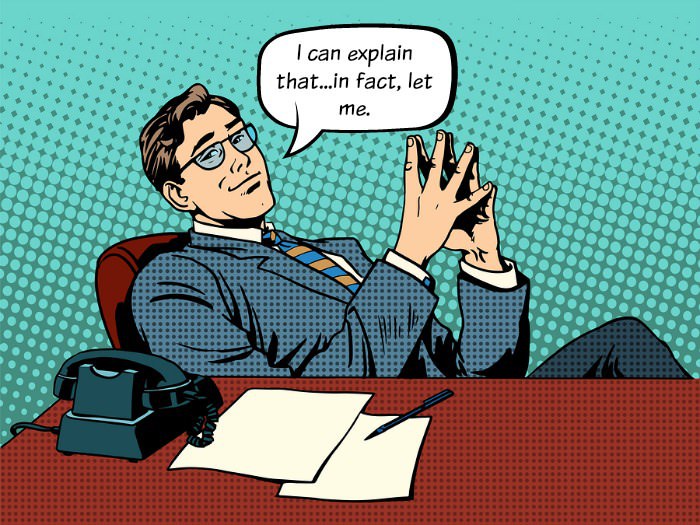 So my point is, do you think you’re smarter than most women? Let’s get more specific. Do you automatically assume that you have more knowledge than women on a particular subject? Perhaps it’s on something you think of as quintessentially male, like car maintenance? Are you insecure around women and think that educating them without their permission makes you more attractive in their eyes? It doesn’t. Imagine how turned off you would feel if you were trapped in a conversation while someone forced information on you that you already knew about and didn’t ask for. So, before you go into a topic from now on, be it Shakespeare or classic car maintenance, assume that the woman you are talking to is a mechanic, a literature Professor or the like. Just do that and I guarantee you will come off as more respectful and less condescending. If they do happen to be experts in that particular field, you won’t make a fool of yourself which is a bonus, right?

Men don’t just do this to women by the way. Women do it to men, particularly about things they think they instinctively know more about like emotional health, etiquette, or parenting. Adults do it to children. People do it to other people they think are less educated or in a lower class than they are. The common theme here is that the ‘splainer is forcing their knowledge onto the ‘splainee because of assumptions on their part and without being asked.

Lastly, people do not enjoy being talked at. A conversation is not a lecture. So, unless people have paid thirty dollars to hear you talk and you have a microphone and a wobbly glass of water in front of you, make sure there is a back and forth happening and your conversation partner has not become glassy-eyed and fidgety.

If you take this to heart and try your best to be better, I promise to never again assume that I know more about 401Ks or how to buy a plane ticket than an eight-year-old.