Bonobos at the BLOCK off Biltmore

Bonobos at the BLOCK off Biltmore 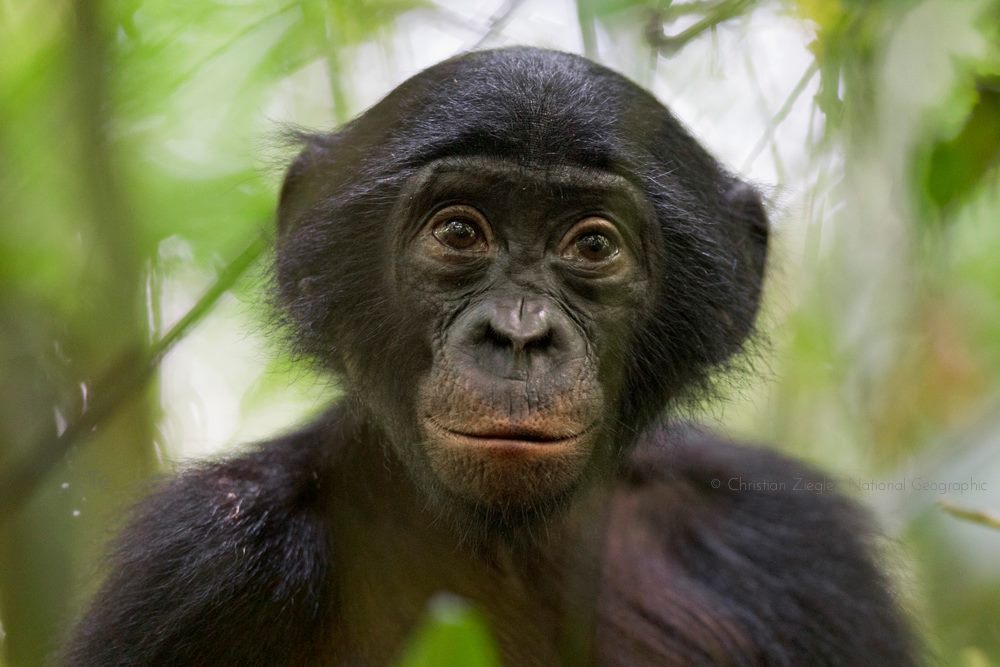 This Sunday, 12/17, at the BLOCK off Biltmore (39 S Market St.), patrons will come together to celebrate humanity's closest neighbor on the Tree of Life: bonobos. The event, which runs from 5 – 7 p.m., supports the Bonobo Conservation Initiative and features a multimedia presentation from founder (and Asheville native) Sally Jewell Coxe. Live music from Skinny Beats Drum Crew and African dance from Amai will round out the evening. Your suggested $10 donation, plus proceeds from bar sales, will go to BCI's programs in the Congo rainforest.

Coxe fell hard for bonobos in 1992 while working for National Geographic. “I learned that not only are they closely related to humans, they have a matriarchal, peaceful society,” she remembers. “I was basically gobsmacked to find out that there was this relative of humans that has so much to tell us about human nature.”

The matriarchal social structure of bonobos is an exception in the animal kingdom, particularly among primates. “It's fascinating to compare bonobos to chimpanzees,” she says. “Their society is male-dominated and competitive, and they are the only primates other than humans that wage violent conflicts and premeditated wars over territory and resources. So bonobos and chimps are really the yin and yang of human nature.”

The more Coxe learned, the more fascinated she became. “I basically call it my life explosion,” she says. “All of my interests coalesced. I quit my job and decided to try to write about bonobos.”

In 1994, she traveled to the Democratic Republic of Congo (then Zaire), the only area in the world where bonobos live. She began learning the local language and working with the people who lived closest to and within the rainforest. “I found out was there was nothing being done to protect bonobos at all,” she says. “There were just a handful of researchers out there at that point.”

The lack of sustainable conservation efforts led her to found Bonobo Conservation Initiative in 1998. But the process was far from easy. When Coxe arrived, the area was immersed in a civil war, which didn't end until the early 2000s. By its end, the number dead was the highest in any conflict since World War II. But eventually Coxe was able to take some big steps. Her efforts to learn the local language and immerse herself in local culture paid off and helped her create a sustainable and self-replicating model for the BCI.

Rather than working to designate certain areas as protected and off-limits to locals, the BCI established a Peace Forest, a network of locally managed nature preserves supported by sustainable development.

“The Congolese said that they didn't want another park or another boundary, because people live in the forest,” says Coxe. “And that was my philosophy, and the philosophy of my co-workers at the time, so that's how we developed the concept of the Peace Forest. It's a more holistic, sustainable model, and it also addresses the fact that the bonobo population is very fragmented. It's important to protect areas of bonobo habitat and create corridors where they link.”

The forest spans around nine million acres of rainforest, the world's second-largest. “Their habitat south of the Congo river is some of most pristine and least disturbed forest left in what is really second lung of the planet,” Coxe notes. “It's been amazing that we've been able to protect these huge area of rainforest through our work with bonobos. Our model now is really holistic. It's about working with locals through 'information exchange.' We try to learn about their knowledge of their forest and they lead us to the bonobos whenever we need to find them. And we provide for human needs like healthcare, education, and sustainable agriculture. We also train and employ people to be trackers and eco guards.”

Many human communities in these areas consider bonobos important animals, incorporating them into their folklore and stories. Often, these stories highlight the similarities between humans and their closest relatives. “A lot of stories have to do with how bonobos help people,” says Coxe, who is compiling them for an eventual book project. In one, a man goes for a long journey in the forest. He runs out of food and eventually falls down from exhaustion. A bonobo finds him in the forest and thinks he's sick, but then realizes he's hungry, so the bonobo goes into the forest and collects some of his best food and brings it back. The man tries the food and really likes it.

“And from that time forward, people have eaten those foods,” says Coxe with a laugh. 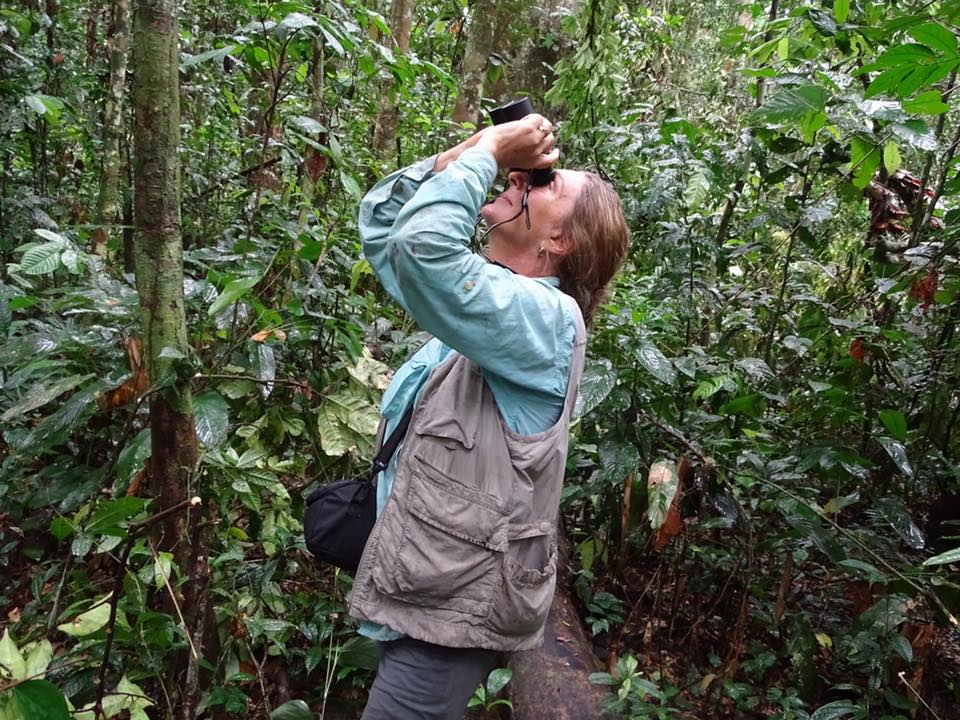 Funds raised will go towards the protection of two million more acres over four sites where the BCI has been working for 12 years with locals to protect the forest. They'll also be used to build up community development programs, offset travel costs to the area, and hire more eco guards and add more monitoring to prevent poaching, a major contributor to the decline in the bonobo population.

“Their numbers have plummeted,” says Coxe. “Right now, there are only 15,000 bonobos left in the world. That's not even enough to fill Madison Square Garden.” Because they only procreate every four to five years, they aren't able to bounce back from threats like the bush meat trade and habitat destruction occurring due to logging.

“The need is urgent,” she continues. “This is our sister species. We've found the model that works best. We just need more fuel in the tank.”

Join Coxe and supporters of the BCI on Sunday at the BLOCK for this family-friendly event.