8 ways to deal with an unreasonable co-parent

8 ways to deal with an unreasonable co-parent 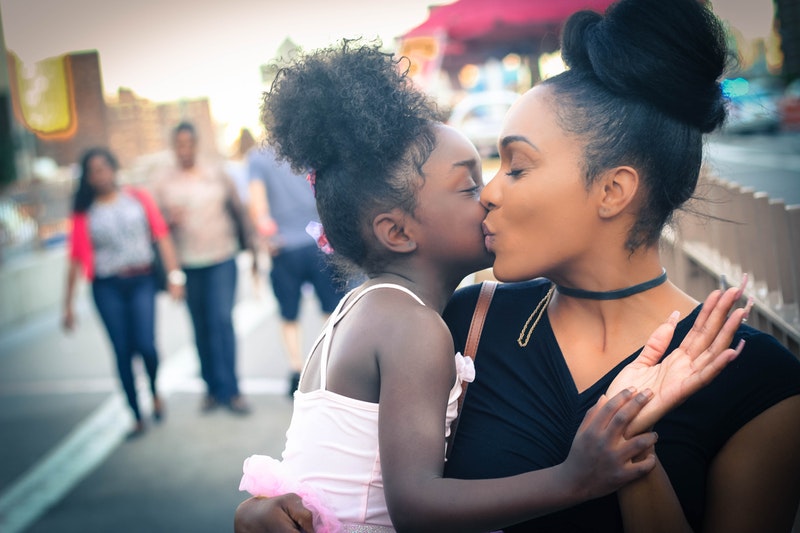 You're not the first person to find yourself attempting to raise strong, confident, loving children with someone you feel might be a little crazy. Months or years of unmet expectations, broken promises, aggressive language and an unwillingness to compromise has worn you down. You’ve probably tried everything you can think of to make it better, but you continue to find yourself hitting a brick wall. Worst of all, you know you have no choice but to keep trying since this difficult person is your partner in the most important job of your life.

So here are eight common traps that co-parents get stuck in, and some suggestions for how to get through them.

When playing the blame game, the other parent faults you for everything bad that's happening: the child’s rash, the poor grades, the hostile texts, possibly even the breakdown of the relationship. Your former partner is still triggered by your existence and likely is still holding onto anger from the relationship. They haven’t yet recognized that it takes two people to love, and two people to fight. Thus, they bear some responsibility for the current state of affairs.

Tools: Don’t argue. Arguing keeps you engaged in their drama, which is satisfying to the person stuck in the old drama, but unhealthy for you. Instead, ignore personal attacks. Let their accusations float past you.  When they attack your parenting, reframe the blame as a problem and suggest solutions. For example, when your co-parent says, “She’s always tired when she comes back to my house. Why don’t you put her to bed at a decent time?!” Say, “It’s probably a good idea for us to have a set bedtime at both houses. What do you think about 8?” Then try not to argue when the other parent requests 7:30 instead.

Often, when conflicts become heated, parents refuse to communicate with one another. It seems easier and less painful to simply stop talking and texting than to continue to receive hostile messages or dead silence on the other side. You know this is not optimal co-parenting, but you reason that “parallel parenting” is better than constant fighting.

Tools: Discontinuing communication is highly contagious. Once one parent refuses to interact, the other generally follows that lead, causing a complete breakdown of communication. With this course of action, children often get caught in the middle and take on the adult roles of sharing information with the other parent. The result? Important details about the child’s well being get lost in the void. The only solution to this is to remain communicative even when the other parent ghosts. The silent treatment is equivalent to a child pouting. Eventually, the parent will calm down when you demonstrate courteous behavior and communication will resume. Also, recognize that if you want your co-parent to share information and planning, you have to respond respectfully and involve that parent’s ideas in your decision making.

One minute you’re the best mom or dad on the planet. The next, you’re a danger to your children. On Saturday, you’re invited over for ice cream after the gymnastic meet but by Wednesday, you’re not allowed to drop by their house to pick up a forgotten uniform for your child. You’re never sure what causes the rapid changes, which can be exhausting and confusing for you and destabilizing for your children.

Tools: It’s helpful to remind yourself that whatever is causing the yo-yo treatment, it is not you.  You are simply experiencing your co-parent’s internal battle about how to interact with you in this new role. The best strategy is to lead by example. Be unequivocally kind and polite to your co-parent. Set boundaries that are comfortable for you and maintain them throughout the ups and downs and respect the boundaries they request. Don’t react to the changes in the weather, especially in front of the children. You don’t need to call out the disparities, just go with the flow until they learn how to behave as a co-parent.

Parents exhibiting this behavior simply won’t collaborate. They choose to do everything independently, as they see fit. They may attend the school conference or may not, but you probably won’t know until you show up for the meeting. They determine all their own rules and expectations for the children and aren’t interested in creating consistency between the homes. Often, these parents behaved this way prior to splitting up and have never really learned how to work together on the kids’ behalf. They may resent you for being a more organized, rule-driven or dominant parent and they choose to rebel rather than discuss that issue.

Tools: Don’t make them. Don’t push them to do anything that they don’t want to do. Yes, there is a cost to this: your children will have to adjust to differing parenting styles and house rules, but the payoff is less resentment. Over time, you can ask questions about how they do things at their house and begin to build a more collaborative working relationship. Demonstrate your lack of judgement and desire to work together. Be patient and respectful while the nature of your engagement transitions.

When a co-parent connects with a new partner and uses that partner as a surrogate parent or communicator, they have effectively placed him or her in the position of a human shield. It becomes nearly impossible to make decisions with the original co-parent because everything has to be run by the new partner. This is unfair to everyone involved. The original parent loses out on parenting, the new partner rarely succeeds in the role, the children often resent the step-parent and you must collaborate with someone who doesn’t know or love your child as their original parent does.

Tools: This requires a delicate, private conversation with your co-parent. It may be best to send your thoughts in an email (read at least twice before sending). Explain how this impacts you and your children and why you would like to change the setup. Ask why your co-parent has chosen to operate this way and be willing to learn from what you hear. There may be something that you can do to alter your behavior to make it easier for your former partner to work with you. Seek agreements about what matters the two original parents will decide and which can be handled by a step parent. Avoid making any unkind comments about the step-parent or threatening actions.

Trash talking comes in many forms, some of them silent. A trash talker might say unpleasant things about you to a family member or friend when the children are within earshot. They might roll their eyes when your name is mentioned, cross their arms or turn their back when you are present, or simply clam up and look angry when your children mention you. All of these damage children, who believe that both of their parents are extensions of themselves. When children hear or sense ill-will toward a parent from the other parent, they become confused about who they should side with and this diminishes their sense of security, confidence and trust.

Tools: If you believe (or know) that your co-parent verbally or non-verbally trashes you in front of the children, you should address the issue.  Many parents just don’t understand the impact of their actions on the children and they need educating. There are plenty of good co-parenting educational resources. Co-parenting Rules is a good start. It may be difficult, but try to share this information in a non-judgemental, collaborative way. Treat it as an issue you both want to improve. Blaming or accusing will probably not get you very far. If you’ve tried to address it yourself and haven’t seen improvement, you may want to seek mediation or talk to your lawyer about setting up parenting coordination.

The most common forms of withholding are refusing to allow a child time with their other parent or withholding important information about the child’s education or healthcare.  Parents sometimes punish their co-parent by making it difficult for them to talk on the phone with the child or attend important events. Of course, it’s the child who is punished by these behaviors, but a Withholding or Punishing parent loses sight of this in their anger at you.

Tools: Assuming you have tried asking nicely and have explained how this is detrimental to the child, you have probably exhausted all obvious tools at your disposal.  You may be tempted to file a Complaint or sue for full custody. Before you take expensive and drastic legal measures, try requesting mediation to discuss this with your co-parent or ask your lawyer if you might be well served with parenting coordination.

Solo decision-makers are the parents that take the children out of school for a vacation or start them in soccer without telling the other parent. In worst cases, they might enroll the child in a new school or plan to move out of the area without consent. When a parent decides to “go rogue,” they dismiss any input from you as irrelevant because they are the “real” parent. This may be due to the time the child spends at their home or a closeness that they have with the child.

Tools: Like the Withholder/Punishers, the Solo Decision Makers probably aren’t going to respond to kind words or cheerful texts.  You may need to step it up and request mediation or parenting coordination.

You probably detected a pattern in my advice. The short version is:

In case it seems like I’m asking you to be kind and collaborative just to be a good person, I want to clarify: I’m suggesting that this will be the easiest and least painful way through this process. It is simply more difficult to fight with someone who is unfailingly decent. I recognize that this puts the onus on you to be the bigger person, but it will be well worth the effort.