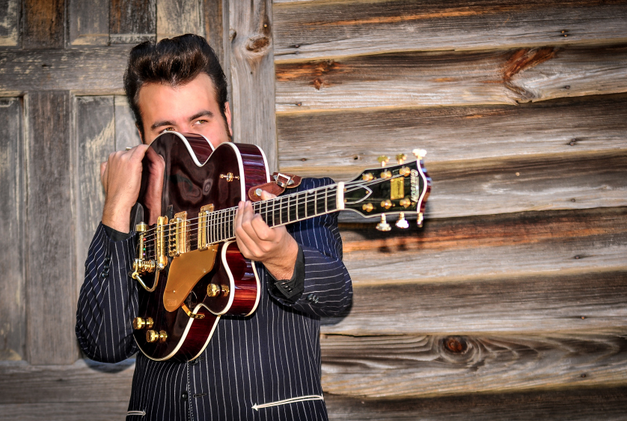 Taylor Malpass of The Malpass Brothers

Here at Organic Recrods, we've been on the rise over the last two years building a roster of great original roots artists now including some of the fastest rising bands in the region. We started in 2013 releasing a new album by mandolin master and 5 time Grammy winner Adam Steffey and quickly attracted the attention of local groups including Red June and Aaron Burdett who released albums on the label in 2014.

Now we are headed into 2015 with the new album from The Honeycutters, Me Oh My (April), as well as new albums from Classic Country duo The Malpass Brothers (May) and another release from Aaron Burdett (June).

Organic is an imprint of Crossroads Label Group which started as one of the very first recording studios in town. Known then as Hear, Here Studios and located on Merrimon Ave., the Crossroads Label Group formed a few years later and relocated to new studio and offices in Arden, NC. Over the last 10 years we grew our Bluegrass roster which includes national acts like Doyle Lawson and Quicksilver, The Grascals, The Lonesome River Band, and many more including home-town heroes and reigning Bluegrass Entertainer and Vocal Group of the Year, Balsam Range. We have been honored with two Grammy nominations (2013, 2014) and these and other successes inspired us to grow in more directions and birth Organic Records.

We continue to host album release celebrations working with ISIS Music Hall in West Asheville which include special events for local media and special album performances by our groups.

Coming up at the ISIS Restaurant and Music Hall

And here is a video sneak peek of the new album coming April 21st from the Honeycutters: