What if Asheville had Built a Mall Downtown?

What if Asheville had Built a Mall Downtown? 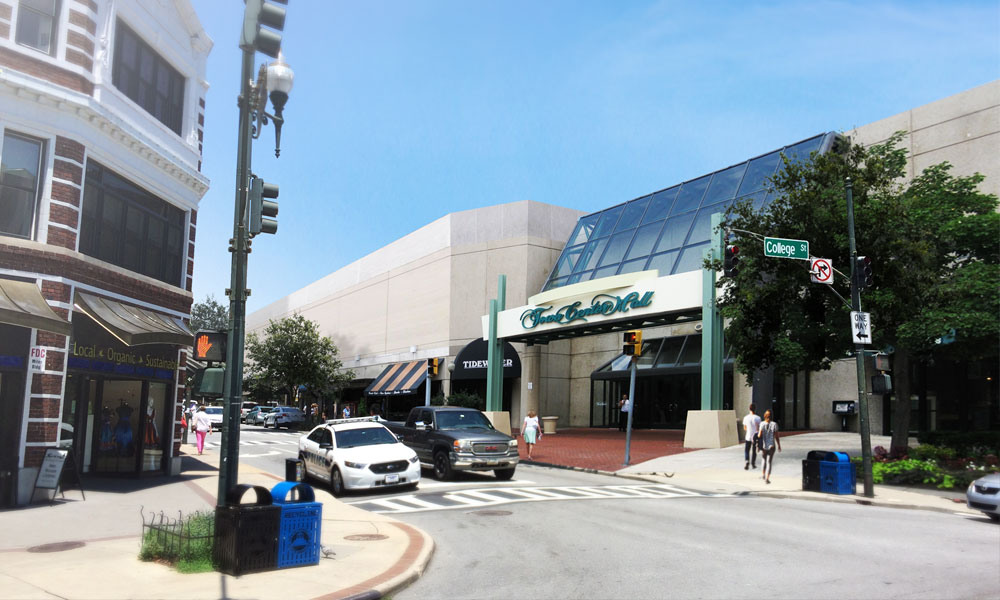 A. Downtown Asheville would be decidedly a different place than it is today.

Hypothetical Downtown Asheville with a Mall: Corner of College Street and Haywood Street

In November of 1980, citizen of Asheville voted against a 40 million dollar bond referendum to build a mall downtown. And aren't we all lucky that "Save Downtown Asheville" movement had such a loud voice?

Instead of busy streets with live music and eye catching storefronts, we would be looking at a building facade that focuses inward and not outward. Instead of allowing the city to have a mixture of retail, businesses, and residential, downtown would have a monolithic building with "same old" stores that you can shop in any city.

The unique and eclectic diversity of retail that we have today, even with the occasional national brand, continue to add to the character of our downtown. This near miss mall from 1980 is a great reminder that a city isn't something that's built all at once. It must be created over time with a variety of programs, creators, and aesthetics.

Weekly, we explore the potential of Asheville; ranging from practical to plain radical. It’s no secret that our beloved city is quite a popular place. As it grows and changes, we propose topics for consideration to promote discussion about Asheville and Western North Carolina.