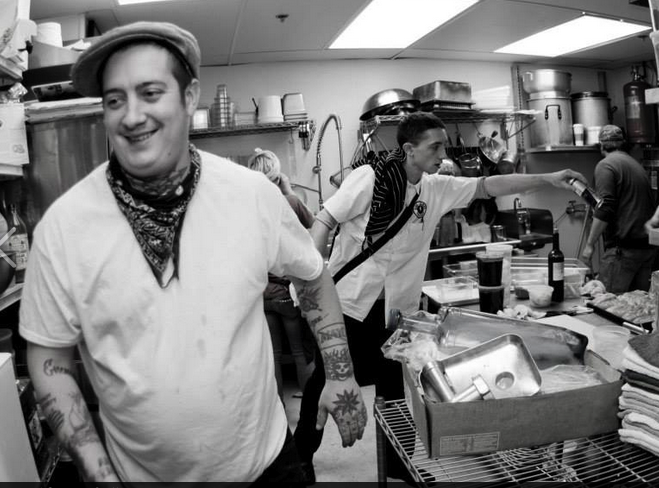 What does Asheville taste like?
That's a thought that runs through my head a thousand times a day.
When we create dishes at King James, my first thought is what best represents Asheville? What represents myself as a chef, and what represents King James Public House as a whole?
Any good chef in any good restaurant wants to create a cohesive dining experience in their establishment. For me, sustainability is a huge part of the decision making process, so the more local the better, which has become fully ingrained in everything we do. We have 2 guerilla gardens, we grind our own sausages and burgers from local meat, we forage, we make vinegars, pastas, charcuterie...the list goes on. 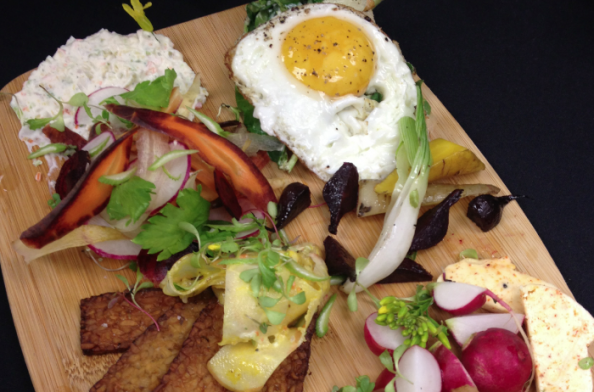 Frequently I buy from too many farms just because I want to support all the great local ones - Hickory Nut Gap, Blue Ribbon, Gaining Ground, Full Sun, Aardvark, Sunburst, RVC, Blackbird, Three Graces - and end up having to go on a pickling spree just because I want to give them money. I want to support these people and insure the safety of our mountain oasis! But I don't just want to buy locally, I want to buy as few things as possible that have to be shipped here from afar...which limits me: avocados are out, coconut milk is out. I'm struggling with soy sauce as we speak!!! It's the furthest thing from local, but it’s so good, it's one of my top five favorite things ever!!!! In the end I'm pretty sure my conscience will win and it will have to go... 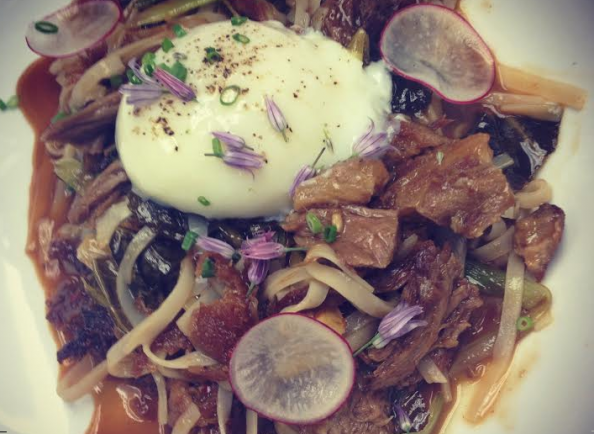 But again that's still not enough, we live in appalachia, shouldnt we be paying homage to the place we call home? Unlike a lot of southern chefs, southern food has never been what I do, I didnt grow up with it, it's not a family heritage for me. I'm from California (not cool CA but the blue collar ghetto far across the Bay from San Francisco in Richmond) and my family rasied me on a strict blue collar diet of meat and potatoes. I really only started cooking in the first place because thats what guys with criminal records, or blue mohawks, or tattoos on their hands, (or all 3) do.
The first food that spoke to me was Latin American cuisine because it was so steeped in blue collar roots, still so familiar. Then I fell into my ingrained punk rock anglophillia and really got into British food, followed by Spain's rustic yet beautiful foodways, then I was enthralled by the intensity and finesse of fine French cuisine... and now I'm giving love to my adopted home! The home that has given sooo much to me, the home that gave a homeless guy a reason to live, a reason to thrive, and when I had sucked up all that I could to become my own chef, gave me a restaurant.
I want to embrace and glorify Appalachia and all her wonderful foodways. A lot of Southern influence is coming into my menu now because I'm giving a nod to our home, to the place that gave us our beautiful ingredients. As I continue to study Appalachian cuisine, our menu will continue to change. Even that isn't every piece of the puzzle - I also want to help represent modern Asheville.
The diversity and complexity of the food in our small town is special, and I want to help showcase our talent. We have worked hard to be where we are. I have done a fair amount of traveling lately and eaten in some great cities, and come to the realization that our little towns' food rocks and has its own personality and pizzaz!
So thanks Asheville for rocking, I'd say you taste pretty good! 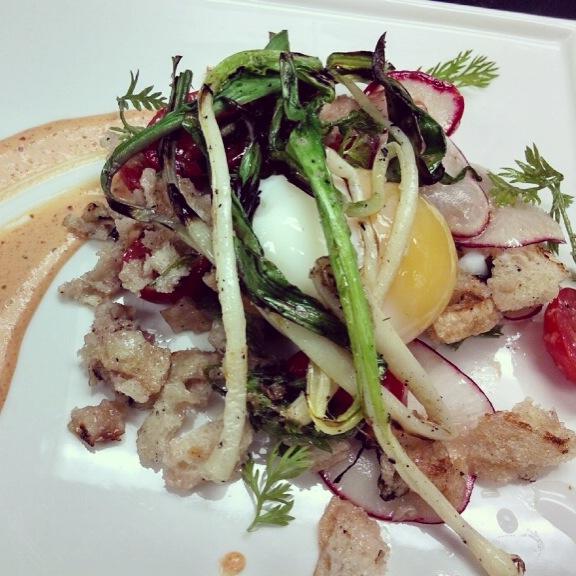