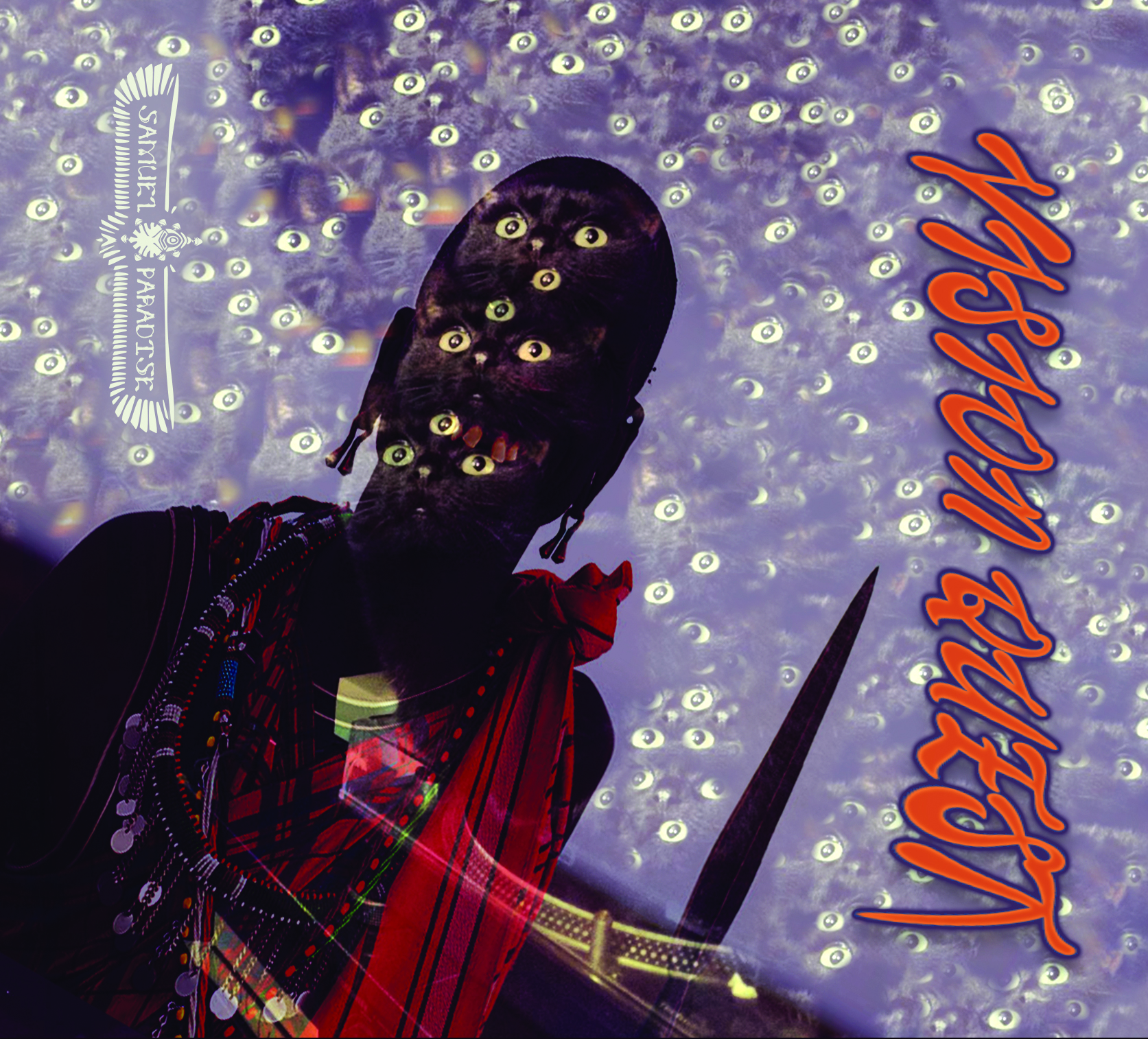 On Samuel Paradise's just-released album Vision Quest, the Asheville producer invites the listener into a journey through lands of myth and memory. The album charts the producer's own personal quest, but it does so in archetypal strokes of sound that invoke indigenous tradition, ancient wisdom, and the power of music to connect and heal. This Saturday, June 24, Samuel Paradise will celebrate the album's release at a show at the Altamont Theatre (18 Church St.) with support from Futexture and EmE. An afterparty at Noble Kava will keep the party going late when Grizzleboogie takes the stage.

Vision Quest has a foot in the past and one squarely in the future, but the result is an elaborate, deeply satisfying dance as Samuel Paradise interweaves the two. The electronically-produced sounds map technological advances, the creeping growth of surveillance technologies, the dark decadence of android dreams. At the same time, songs tunnel through to the rituals of humanity's ancestors, to walking sacred paths and charting the flows of rivers and streams to their sources. It's a captivating album that must be listened to with concentration because it is about nothing less than deep time and the history of humanity itself. It's simultaneously a very personal project, pulled from Paradise's own insights as he walks the path. 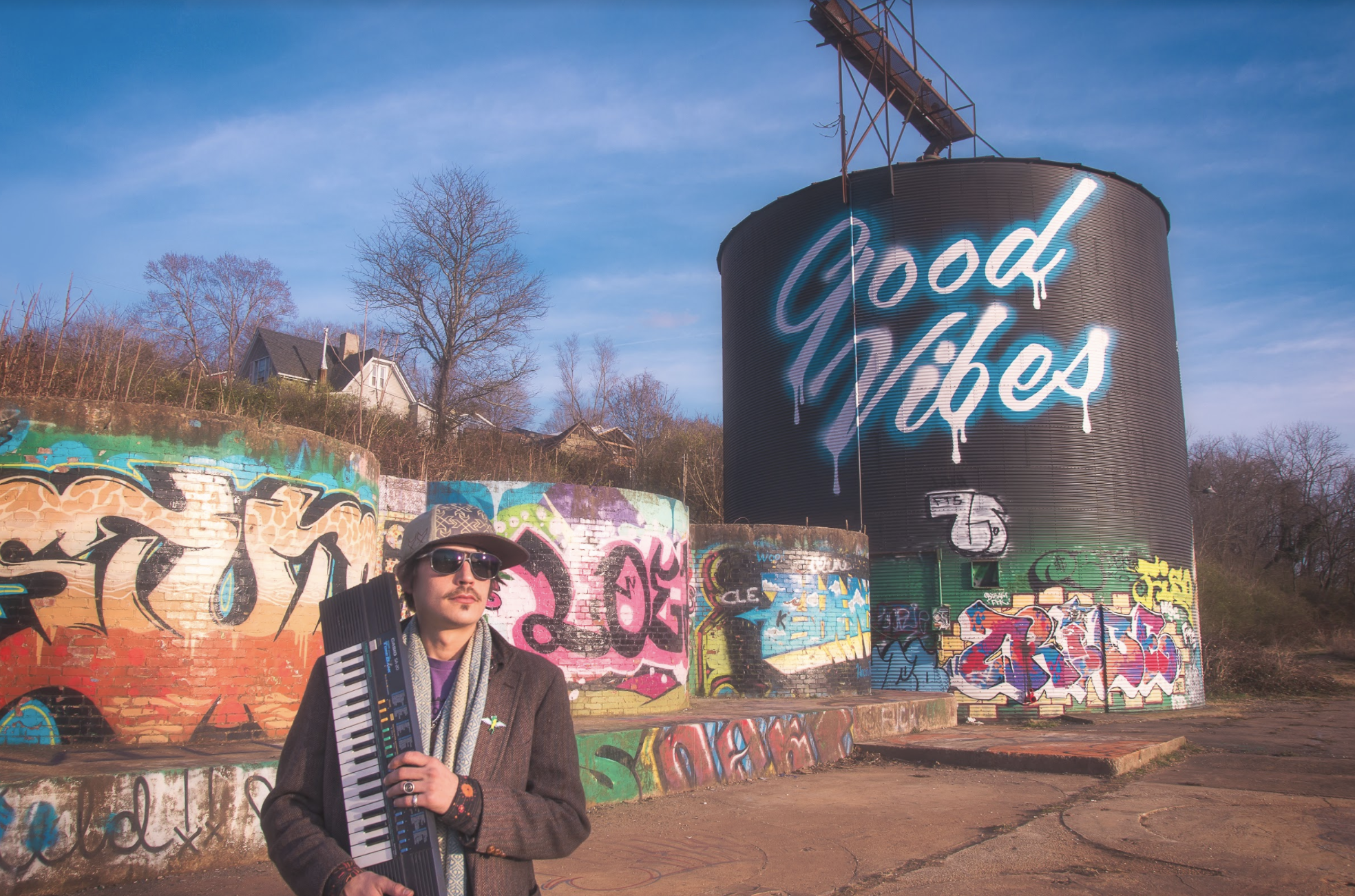 Paradise notes that "ultimately, Vision Quest is a story about getting lost in the darkness, staring death in the face and finding your way home to a spot in the sun again." Paradise based the songs in his own experiences of loss, which he translates into music that can resonate with all of us as we reach for wholeness, for reunion in spite of our inherent brokenness. Through specific experiences, the album arrives at the universal, something which Paradise cultivates through his sampling of sounds like recordings of songs, chants, and calls from the Zulu and Masaii tribes.

Written as a single piece in eight movements, Vision Quest, in its rendering of the hero's journey, is a concept album. "I had this concept of an ancient tribe from the future that can interact with this dimension as they please, although they aren't bound to it like us," says Paradise. "These are the folks that help us through our darkest moments. If you have a pure heart, they will find you, and guide you home."

Like all proper spiritual journeys, Vision Quest does indeed get pretty dark, with one particularly brooding movement that kicks in at about the 13 and a half minute mark, beginning in the movement "Gamma Warrior" and continuing into the next segment, "Darkness Falls." Our hero has to descend into a kind of hellscape, and this seems to be the place and time for it. The music, for all of its darkness, is deeply sensuous, evocative of exotic temples where old gods are worshipped. Vocal samples careen into ululations that beckon and repel all at once. But this is no blazing inferno; rather, it's more a realm of mysteries for the initiate willing to explore the shadowy edges of perception, where dream and reality meet.

The hero reemerges from the darkness, having integrated its lessons, and the music accompanies him. The album moves through exultation and celebration, and finally into a place of belonging rather than separation. The final movement, "Day Breaks/Safe In Sound" comes to a close calmly, quietly, with the measured reflection on a life lived, a quest finished, a new chapter about to begin.

While the idea of an unbroken, 52-minute song might be a challenge for some, Paradise encourages uninterrupted listening. And what better anecdote to our hurried lives than this, a continual session of deep attention that pulls us out of distraction and back towards source? "Ultimately the only reason to split it up was to make it easier on the listener," says Paradise, "but I decided it was just meant to be one long piece. I have no problem sitting down and listening to a 52-minute song, but I know it can be daunting for some. I encourage folks to give it a chance—throw on some headphones, light some incense and just listen, actively, for an hour. That's how this is meant to be heard."

Samuel Paradise will perform Vision Quest live and in its entirety at the show. The evening at the Altamont begins at 8 p.m. Saturday, and the after-party at Noble Kava kicks off at midnight. Entry to the Altamont is $5, and CDs will be for sale. Profits from ticket sales, album sales, and merch sales go to Survival International, a non-profit dedicated to the protection of indigenous peoples and their lands (their current campaign is focused on communities in Brazil whose cultural practices and lives are being threatened by illegal logging and cattle farming). Get there early to catch the the opening acts (also a couple of the strongest producers in town) and then head to Noble to groove with Grizzleboogie.

Preview and purchase a digital copy of Vision Quest here, but come to the show and get your little paws on it, too. Got it? Good.